The Facebook page of one of the most influential people in conservative media is unique in the United States of 2018. It makes absolutely no political statements. Instead it’s covered with pictures of her smiling with her four children in and around a home just off one of the canals in Venice, California, that was once used as a location in Garry Marshall’s 2010 romantic comedy Valentine’s Day.

There is no indication that the woman in the pictures, Susie Bean Breitbart, wife of the late Andrew Breitbart, owns the largest stake in Breitbart News — a fact that has emerged in congressional testimony and news reports and was confirmed to THR by two people with knowledge of the business.

She’s not a regular on Fox News, but Breitbart’s ownership of the right-wing website her late husband founded gives her a final say in all major decisions at the company, which reaches millions of the most hard-core conservatives in America with a blend of adulation for Donald Trump and screaming contempt for immigrants and liberals. Shortly after Trump’s election, in a hearing on Breitbart News‘ application for Capitol Hill press credentials, CEO Larry Solov testified that Susie Breitbart owned the largest share of the company alongside himself and the hedge-fund heiress Rebekah Mercer. Earlier this year, Breitbart had to agree to and sign off on the board’s decision to part ways with the site’s former chairman and Trump’s campaign chief executive, Steve Bannon, according to one person familiar with the business and another who had been briefed on the exchanges. Matt Drudge, a mentor to Andrew, endorsed the move at the time in a tweet: “The terrific Larry Solov and Susie Breitbart will take Breitbart into the fresh future.”

While Solov runs Breitbart day to day, and Mercer is a prominent player in the network of conservatives looking to tilt the political scene rightward, Breitbart herself is more likely to be spotted cheering on the neighborhood Little League team. The first word anyone who has met her utters about her is “nice.”

Breitbart News is, according to two of her friends who declined to be named, the sole source of income for her and her four children, a college-age son, a daughter in high school and two sons in middle school. According to public records, the year after Andrew died she purchased her family’s home for $2.2 million, with a $1.1 million mortgage. 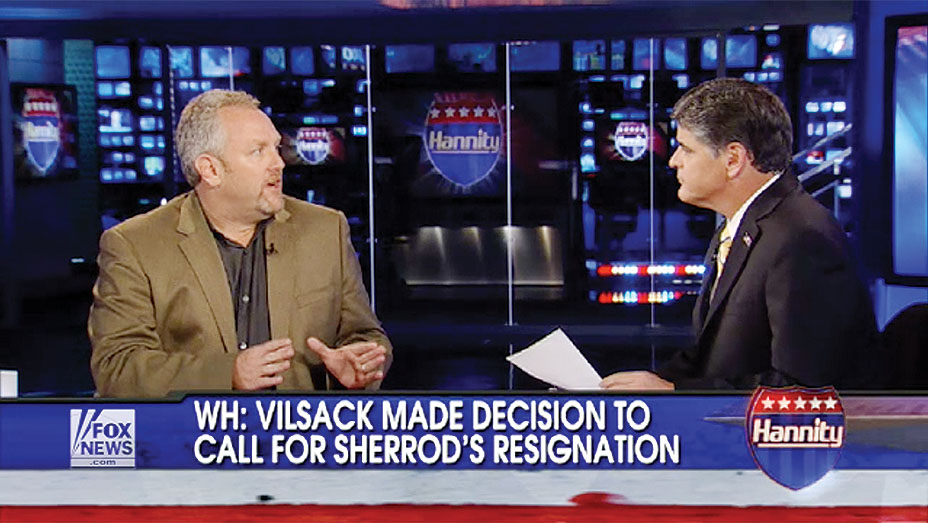 According to friends and those who have spent time with her, Breitbart is the quintessential Westside mother — whose lifestyle happens to be funded by a network of websites that have been banned by at least one advertising company for promoting hate speech.

“She’s definitely a cool mom,” says Mark Ebner, who became a family friend after co-authoring a book with Andrew, 2005’s Hollywood, Interrupted: Insanity Chic in Babylon — The Case Against Celebrity. “The way she raises her kids, she just … it’s hard to imagine her as a principal on what evolved into the platform for the alt-right.”

Breitbart writes too. But her work appears on a very different platform from Breitbart.com. Since about 2014, she has been a contributor to Rebelle Society, a small blog that is infused with an L.A. enthusiasm for spirituality and self-improvement. Her author’s biography describes her as “an artist, a mother and a survivalist with a poor sense of direction, but a fierce determination to keep searching for truth and happiness in this life.”

Her days, according to her writing, are spent dealing with family dramas and attempting to make sense of life after the loss of her husband, who died in 2012 of a heart attack at age 43 while walking in Brentwood. “I miss Andrew even more now than I did before,” she wrote in 2016. “I think the sense of loss is stronger now because I’m finally allowing myself to grieve. … For the sake of my kids, and for the sake of my sanity, I brushed a lot of emotion under the table, but it’s catching up with me now. I know I still have a long way to go. I know I have a lot of work to do to really start to feel normal again.”

THR has been attempting to get in touch with Breitbart for more than a year to illuminate her role in one of the country’s most powerful conservative media platforms. But she has declined all requests for an interview, and approaches to her family and friends have been typically met with a blend of bafflement and protective aggression. Mercer, Bannon, Solov, editor-in-chief Alex Marlow and other current and former staff members all refused to comment. When reached by phone, Alexandra Preate, Bannon’s press representative, spent five minutes passionately explaining that Breitbart had no “editorial control” of Breitbart News.

Even within the company, Breitbart is a ghost. “During my time at Breitbart,” says Kurt Bardella, a former spokesman, “I never heard of her, or spoke to her, or heard anyone else speak about her.”

Susie Bean Breitbart was born in 1968, the daughter of Orson Bean, a prolific character actor and sometime stand-in for Johnny Carson on The Tonight Show. Appalled by the anti-communist fervor of his formative years in Hollywood, Bean later veered toward libertarian and conservative ideals. He is part of a loose group of right-wingers, including actor Jon Voight, which has gathered in L.A. over the years under different guises (Friends of Abe, The Geniuses, The Morons) like a sort-of Conservatives Anonymous.

After Susie began dating Andrew in 1988, he and her father became very close. The men had a weekly meal together at Hal’s, a restaurant in Venice, and many point to those chats as the source for Andrew’s brand of populist-conservatism. Screenwriter Roger Simon, a friend of the family and author of Turning Right at Hollywood and Vine: The Perils of Coming Out Conservative in Tinseltown, says Bean passed on to Andrew “a real humane honesty. If there are problems with Breitbart.com in the present, it’s simply because there are very few people like that.”

By the time the couple got married in 1997, Andrew was already interested in the hyper-speed tabloidism of the modern web, going on to work first at the Drudge Report, where he was Drudge’s longtime No. 2, and later as an early collaborator with Arianna Huffington on Huffington Post.

Soon after Breitbart launched Breitbart.com in 2007 as a freestanding and conservative site (an earlier incarnation as a repository of news-wire stories frequently linked to by Drudge had floundered), one of his first major hits was getting an Obama Agriculture Department official, Shirley Sherrod, fired with a misleadingly edited video. He was an early mentor to James O’Keefe, whom he helped to bring down the community organizing group ACORN with staged videos of O’Keefe dressed as a comically stereotypical “pimp.” One of his biggest scoops was catching Rep. Anthony Weiner sharing lewd pictures with women on Twitter.

As Andrew transitioned into a political firebrand, Susie coped, according to four people who have spent time with the family, by drawing bright lines between her life and the site. But when Andrew died, she inherited his stake in the company he founded — and the vitriol that accompanies it.

She has never publicly engaged with the content her site now propagates. She has given exactly one interview, to her friend Greg Gutfeld, a Fox News host, in summer 2017. In that conversation, Breitbart said she had never been political in the way her husband was. “He would say, ‘Susie never signed up for this,’ because you know, as he became more of a public figure, you know, people would approach us and say things at dinner parties and in schools.” 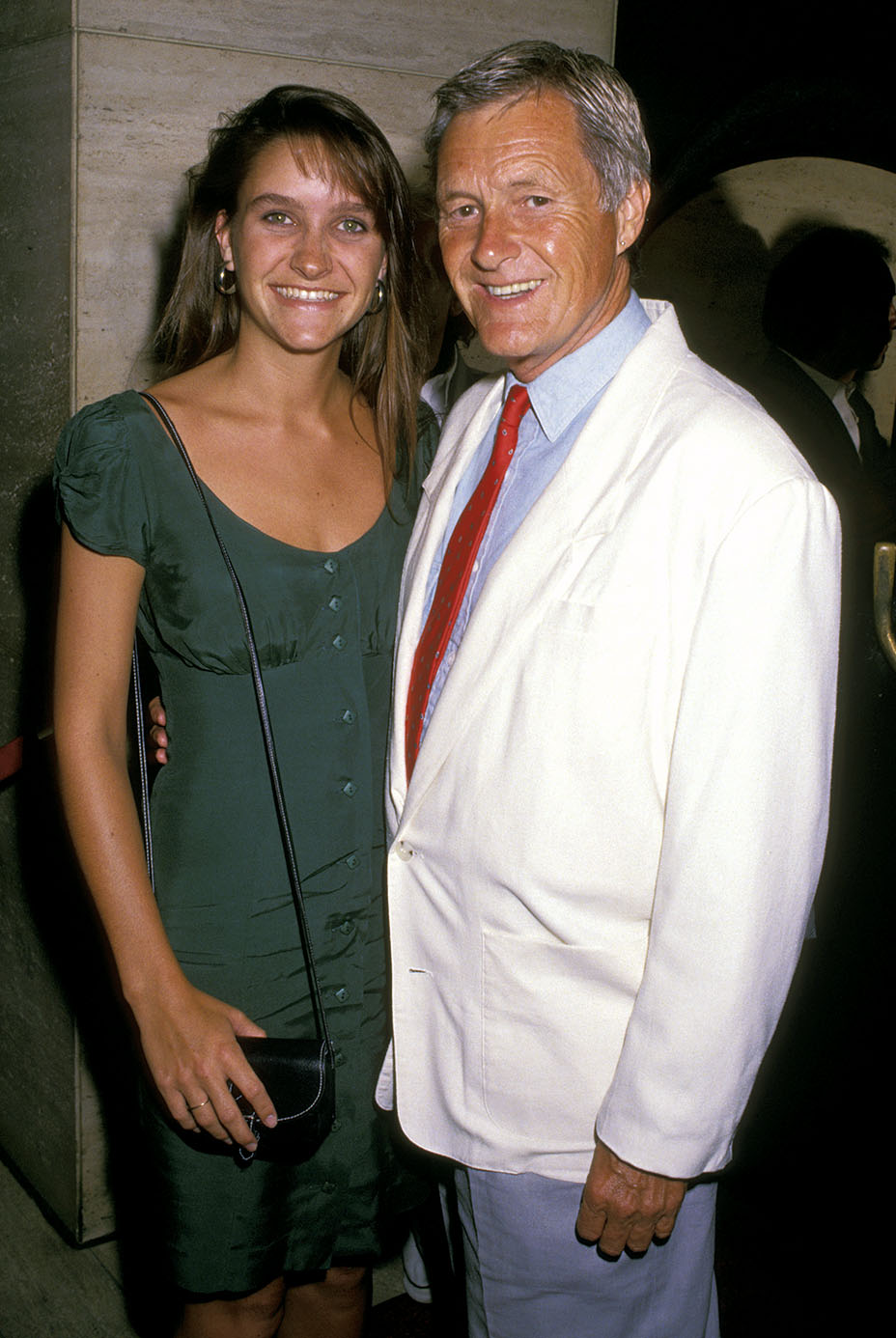 “I have emailed Susie on a couple political things,” says Dale Launer, a family friend and the screenwriter of My Cousin Vinny and Dirty Rotten Scoundrels, “and she has never responded. I think that’s something she doesn’t want to get involved with.”

In the interview with Gutfeld, Breitbart described her present life as an idyll far removed from the bellum omnium contra omnes her site helps foment: “Everybody’s really grown up and doing great,” she said. The family lives right around the corner from her father and his wife, she added, and “a couple miles from my mom. My brother is around the corner. So we’re good. We’re lucky to have everybody around us.”

But the two halves of her life may be converging. Breitbart‘s traffic, and presumably its advertising revenue, peaked at 23 million unique visitors in November 2016, according to comScore, landing it well beyond the rest of the conservative web media, including the Daily Caller, Newsmax and The Blaze.

Since then, it has dropped steadily, to less than 7 million in August. Breitbart also has been the subject of a successful campaign, by the group Sleeping Giants, to persuade its advertisers to abandon it. Much of the site’s revenue, said one person with knowledge of the business, who spoke about such closely held details on condition of anonymity, now comes from sales of merchandise like “Breitbart Fight Club” T-shirts and #MAGA wallets. “Breitbart is never going to be as big as it was on the day Donald Trump was elected,” Bardella says. “It had nowhere to go but down from there. The politics of racism and sexism and xenophobia are not things that are widely growing in the mainstream of this country.”

Whether Bardella — now an avowed cynic when it comes to Breitbart — is correct, Breitbart certainly seems to be trying to find a new voice. When Bannon parted ways with the site in January, Solov and Mercer were the public faces of the decision.

For Breitbart herself, perhaps the struggles and occasional hateful comment when she attends a dinner party are worthwhile. Her friends all pointed out that nobody would have known Andrew’s thoughts, and where he might have wanted to take his site, better than she would. And it remains his legacy, however flawed it might seem to those who take a different political view.

Simon says he was not at all surprised when he heard she had kept her stake despite its difficulties. “She’s got kids. That was the family business. She was entitled to it,” he says. “It’s a human thing. She wants to live a decent life like all of us.”