A new exhibition at UTA Artist Space, in part the brainchild of hip-hop impresario Kasseem “Swizz Beatz” Dean, will feature more than 20 leading contemporary African-American and African diaspora artists who use elements of surrealism to contend with harsh realities of our time. The show opens Feb. 13 with painting, sculpture and photography from private collections and commercial galleries, as well as new pieces straight from the studio. Bowing at the agency’s Beverly Hills space during the crush of L.A.’s art fairs — newcomers Frieze and Felix arrive the same weekend as the 10th edition of Art Los Angeles Contemporary — the show, titled “Dreamweavers,” continues through April 13.

“Dreamweavers” is curated by Nicola Vassell, former director at Pace Gallery and Deitch Projects in New York, who also serves as an art advisor to Dean. Featured artists include Kehinde Wiley, Kerry James Marshall and others driving what Vassell calls a “black renaissance,” which she describes as not just a flourishing along “the spectrums of black creative output,” but also a new, broader reception to it from the major institutions of cultural production and distribution.

“At this particular moment, it feels like the doors have been flung open and the conversation is welcome,” says Vassell. She notes how major galleries, many of whom represent the artists featured in this exhibition, are signing up “a slew of fantastic artists”; museums are now “mandated” to make more diverse acquisitions; and in Hollywood, “you have the rapid green-lighting of films in a realm that had not existed before, with the box office numbers and the talent.” She adds, “It’s a super positive moment in that these narratives are being embedded institutionally. And the consequence of that is economic success and cultural influence.” 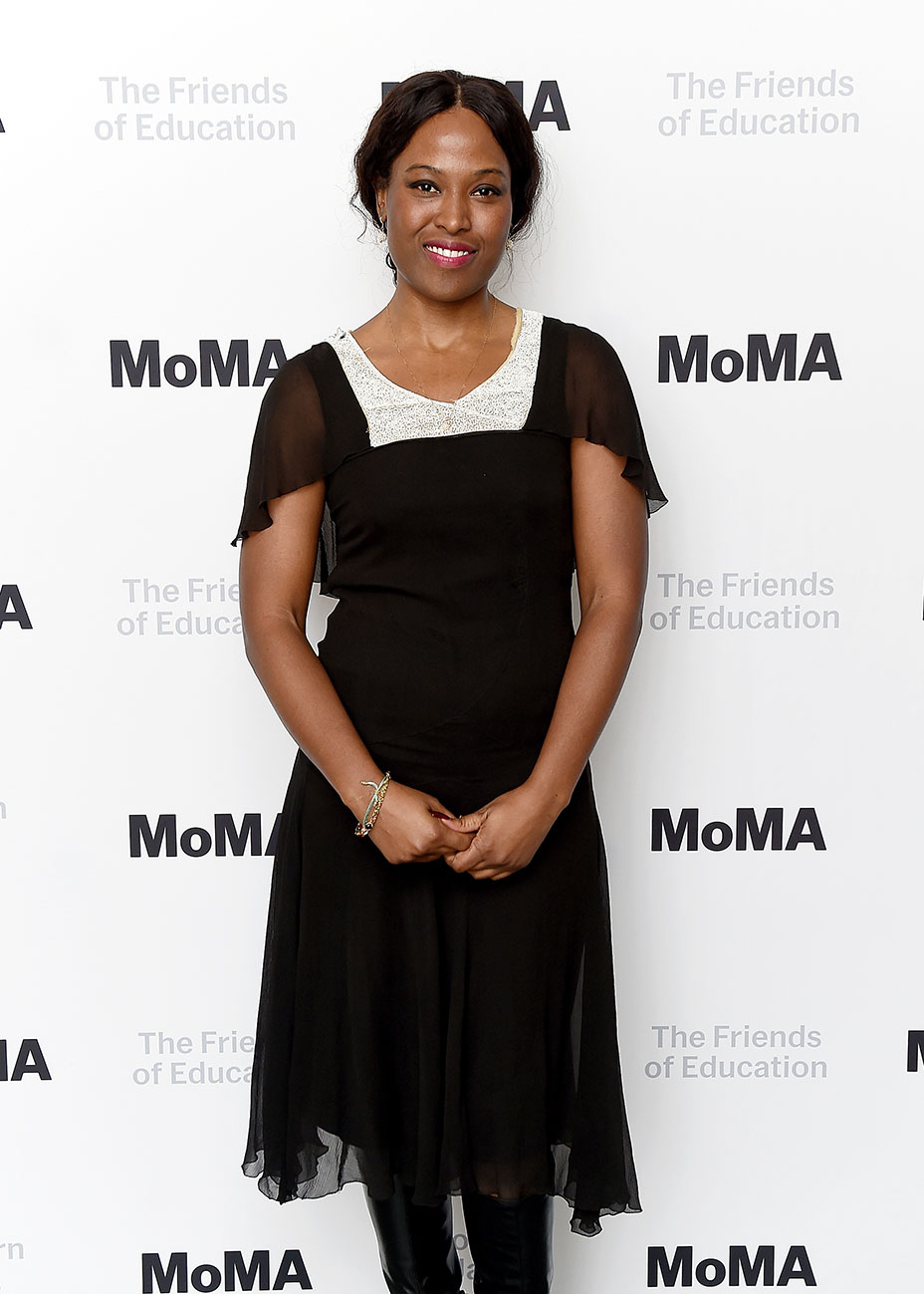 “Dreamweavers” will present brand new work by Marshall, the subject of a major, critically acclaimed survey at MOCA and Arthur Jafa, the video artist and filmmaker who has worked with Spike Lee, Julie Dash and Solange and whose 2016 video “Love Is the Message, The Message is Death” (set to Kanye West’s gospel styling in “Ultralight Beam”), was shown at L.A.’s MOCA and became a viral hit. (Swizz owns two major Jafa works).

Other living artists with works on view are Wiley, who made headlines around the world last year with his portrait of Barack Obama; Carrie Mae Weems, the esteemed photographer known in the music biz for her portraits of Mary J. Blige; Nick Cave, the Chicago artist known for his soundsuits (objects blending fashion and sculpture) and community parades; Karon Davis, who co-founded L.A.’s Underground Museum and is one of the artists commissioned to present site-specific works on the backlot of the Paramount Lot during Frieze LA; David Hammons, currently working on a Whitney museum commission on the Hudson River; and Cy Gavin, a protege of the influential Miami art collectors Mera and Don Rubell. Others include: Toyin Ojih Odutola; Tschabalala Self; Nari Ward; Deana Lawson, Ming Smith, Pope L, Noah Purifoy and late artists Hector Hyppolite and Charles White, who is the subject of a major retrospective opening Feb. 17 at LACMA. 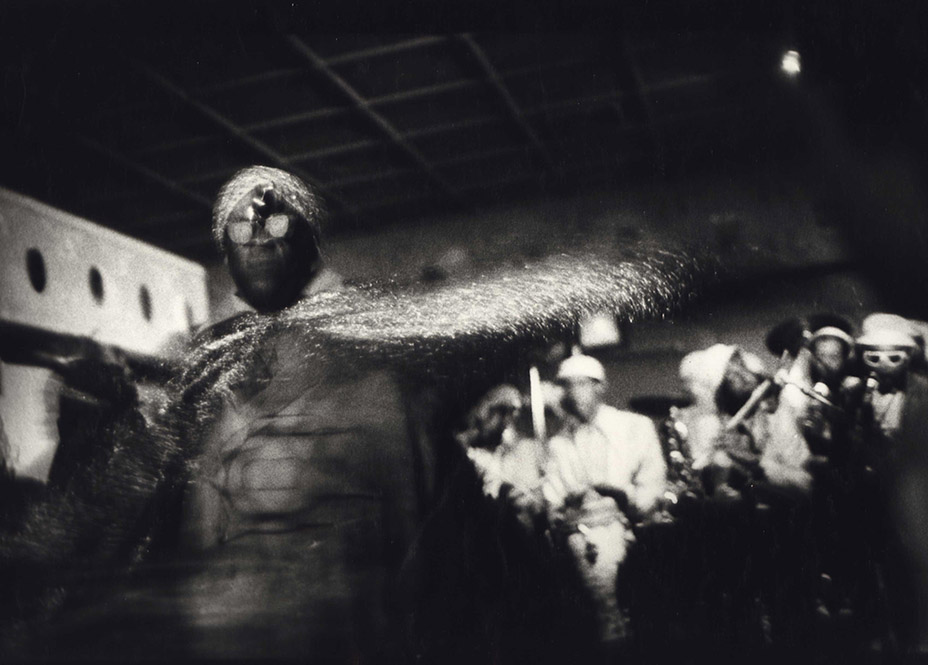 “This show had to happen right here, right now,” says Dean. “Many of the artists are my friends and some of the works you’ll see on view are from The Dean Collection,” his initiative with wife Alicia Keys that they describe as a “family art collection focused on the support of living artists.” Adds Dean of the UTA show, “It’s a family gathering, Nicola is my longtime collaborator and UTA was passionate from the beginning. L.A. is always on my mind.”

For UTA CEO Jeremy Zimmer, “Dreamweavers” is a natural next step for the Artist Space. “We wanted to follow our Ai Wei Wei show with something equally as noisy, beautiful and culturally significant,” he says. Sculptures and a collaborative performance project by Ai were on view in “Cao/Humanity” at UTA Artist Space in the fall of 2018. “The more I read about what Swizz and Nicola were doing,” Zimmer continues, “the more we knew that they were the perfect partners for our next show.”

The show surfaces the notion of surrealism as an escape fantasy for everyone and anyone who is trying to come to terms with not just the history and reality of systemic oppression but also this very time-warpy moment, Vassell explains, when the “pillars of social order like truth, reason, justice and civility” have crumbled in both public and private discourse. The artists she’s chosen, “they are the storytellers, telling the story in which we all find ourselves,” she says. “Every day, we are all watching this with great attention to see where it all lands.” It’s not all a bummer though; the exhibition also purports to address an intense kind of digging in with “resilience, toil, ingenuity and triumph … along the embattled frontlines of identity and politics.”

Lesley Silverman of UTA Fine Arts says the agency approached Dean about collaborating on an exhibition after following the various ways he’s tried to make an impact the world of fine art. “We pride ourselves on working with artists who are multi-hyphenate creatives,” she says.

The exhibition comes on the heels of Dean and Keys announcing their artist grant program that awards $100,000 in grants of $5,000 among 20 artists around the world to “put on their first show” as he put it in an Instagram video announcing the initiative.

The couple collects widely and both are often name-checked at art-world events. Swizz guest-DJ’d last spring at the annual spring bash of New York gallerist Jack Shainman, who represents a number of the artists in the UTA show. But Dean’s commitment has gone deeper than that. In 2015 he joined the board of the Brooklyn Museum and in 2016 he launched the atypically structured No Commission Art Fair, which is free for artists and fairgoers alike and where artists keep all sales revenues. The fair, which has since set up shop in New York, London, Shanghai, Berlin and Dean’s home turf in the Bronx, has featured some of the same artists that Swizz has chosen to exhibit at UTA, including Wiley.