Continue to The Hollywood Reporter SKIP AD
You will be redirected back to your article in seconds
Skip to main content
April 27, 2017 3:25pm

With the hype surrounding James Beard Foundation award season, often called the Academy Awards of the restaurant world (winners will be presented at a May 1 gala hosted by Modern Family’s Jesse Tyler Ferguson), notable Los Angeles restaurants are in the spotlight. In fact, nominations — announced at a private, chef-studded event typically held in Chicago — made a rare L.A. debut at A.O.C., enticing dozens of pre-eminent California toques like Susan Feniger, Walter Manzke and Curtis Stone to leave the refuge of their kitchens to attend.

“L.A. is an award-crazed city,” says Michael Cimarusti, a finalist for Best Chef: West for his upscale restaurant Providence. “Our city is host to the Golden Globes, Emmys, Oscars and Grammys. The JBFA is the equivalent of those awards for the culinary world, so of course we should pay attention.”

While winning the award affirms a restaurant’s legacy, a nomination is considerably powerful. “Over the years, we have seen winning and nominated chefs and restaurants flourish because their profiles are raised by the James Beard Awards,” says Foundation president Susan Ungaro. Adds A.O.C. chef-owner Suzanne Goin, multiple James Beard Award winner: “My first award sort of legitimized me on the national scene.”

The following essential restaurants — all of them 2017 nominees or previous winners — are regarded as Los Angeles staples with buzz factor for industry types, and are destined to remain important fixtures in the town’s dining scene. Tour all six for the ultimate James Beard foodie tour of Los Angeles — and book your reservation now to avoid the rush should they win. 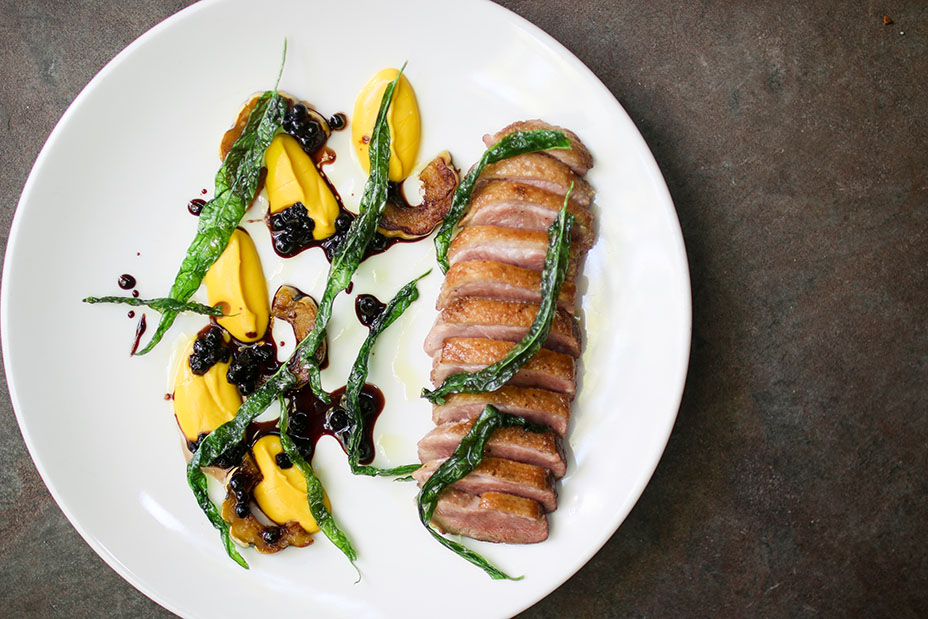 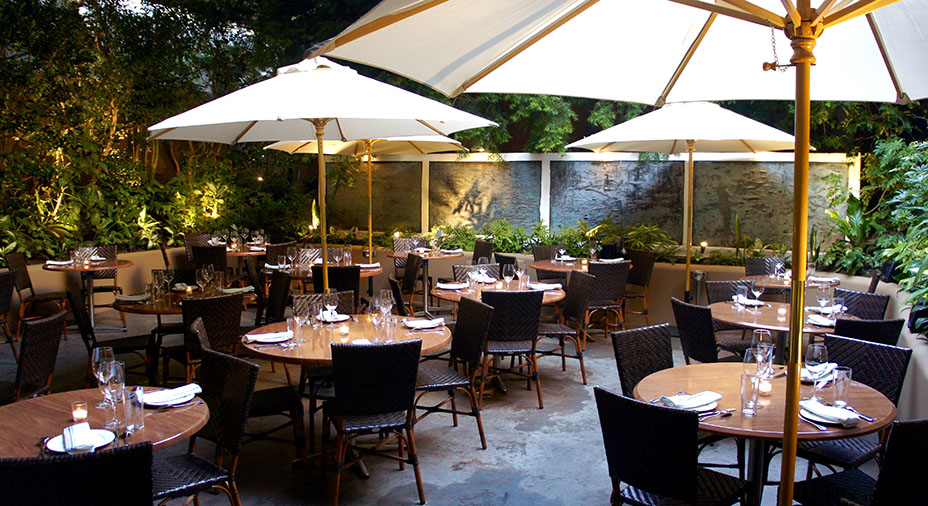 With an impressive resume (chef de cuisine at the original Spago, executive chef at Water Grill), Michael Cimarusti opened his first restaurant, Providence, in 2005, and in addition to its James Beard nominations (including outstanding restaurant), the exceptional and elevated seafood draw also has two Michelin stars. Refined tasting menus include signature dishes like the Uni Egg and Salt-Roasted Spot Prawns. The Ugly Bunch, Michael’s claim to fame, is a colorful arrangement of sea urchin, abalone and geoduck served over creme craiche panna cotta, transforming “ugly” shellfish into a beautiful dish. Tasting menus start at $185; $270 with wine pairing. 5955 Melrose Ave., 323-460-4170; providencela.com 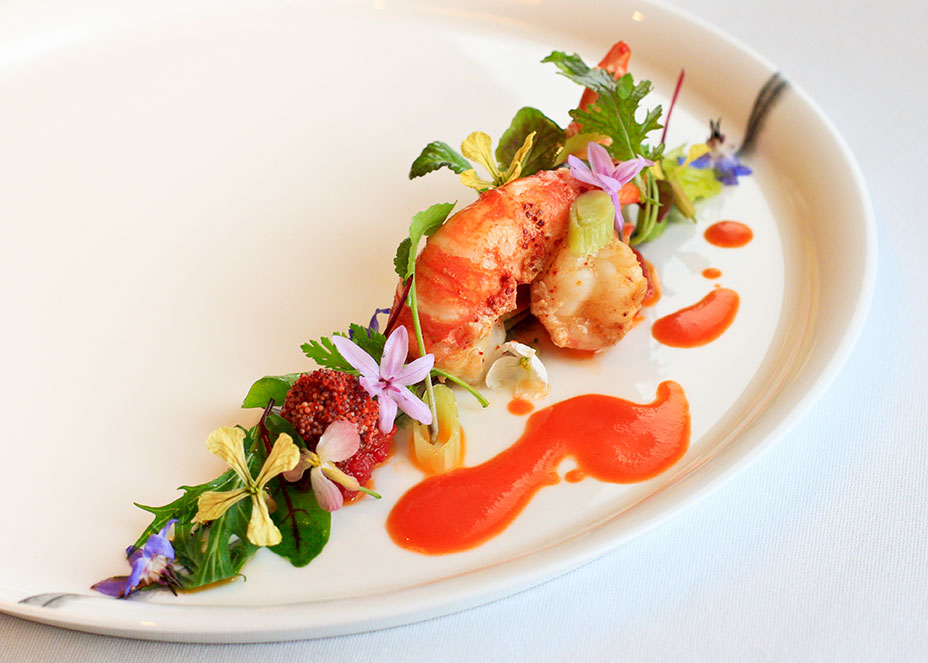 Curtis Stone opened Gwen on Sunset Boulevard in 2015, and it’s quickly become a magnet for Hollywood. Gwen is a finalist for best restaurant design, with interiors that have entranced Chelsea Handler, who filmed here for a season two episode of Chelsea on Netflix. Set in a 1928 building and designed by Evan and Oliver Haslegrave of Home Studios, Gwen’s interiors evoke Hollywood glam with hand-laid tile floors, ceramic mosaic, tiered crystal chandeliers, velvet drapes and rattan banquettes. Even so, its nomination surprised the Australian-born Stone: “You never know who is going to make the list because there’s such great talent and design, not just in L.A., but throughout the country. But we also had this beautiful building to consider, and we wanted to create harmonious design between elegance and primal” — the latter reflected in Gwen’s unique, European-style butcher shop, for which it has also received applause.

Other restaurants by this chef: Stone is also executive chef of Maude in Beverly Hills (a semifinalist for best restaurant in 2015). 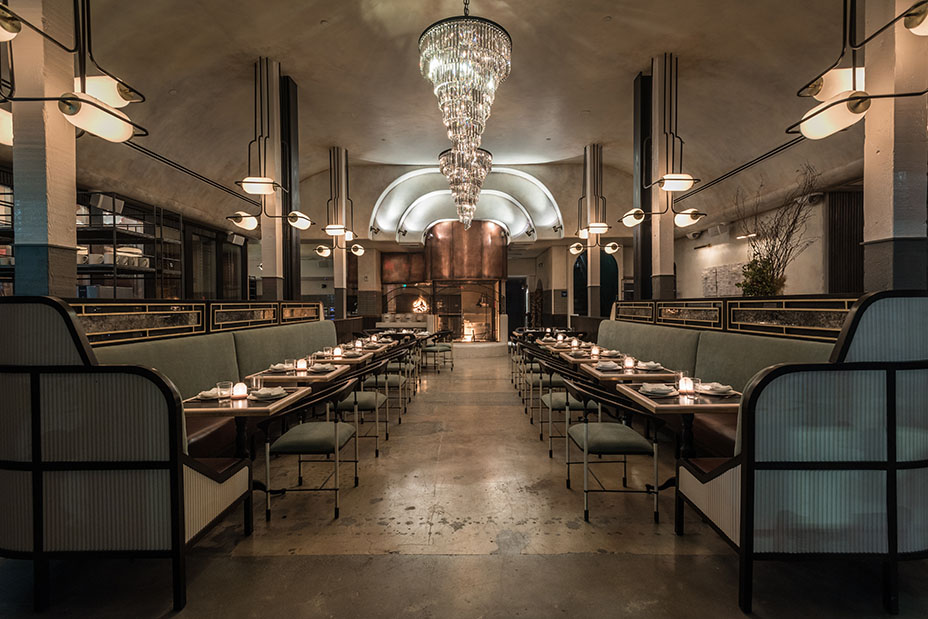 Inside a dramatic space — formerly a 1929 building built by Charlie Chaplin in Hancock Park — with soaring ceilings, Gothic stonework and tiled flooring, Republique opened in 2014 under star chef Walter Manzke and his wife and pastry chef Margarita Manzke, who nabbed a finalist spot for outstanding pastry chef (her third consecutive year). For breakfast, lunch and dinner, New American and French-inspired fare is bold yet simplistic, like escargots en croute with garlic and parsley ($14) and Sonoma Duck Leg Confit with sweet potato, baby beets, hazelnuts and maple gastrique ($32).

Margarita’s sweet and savory pastries are perfectly executed, from baguettes to dessert, like the Fair Hill Farms Fuji Apple Tart and chocolate souffle (both are $12). The Berry Tres Leches Cake is a stand-out dessert. “It’s definitely the most popular/sell-out dish,” says Manzke. “It’s made with fresh berries from the market and visually so stunning that it’s always a hit.” 624 South La Brea, 310-362-6115; republiquela.com 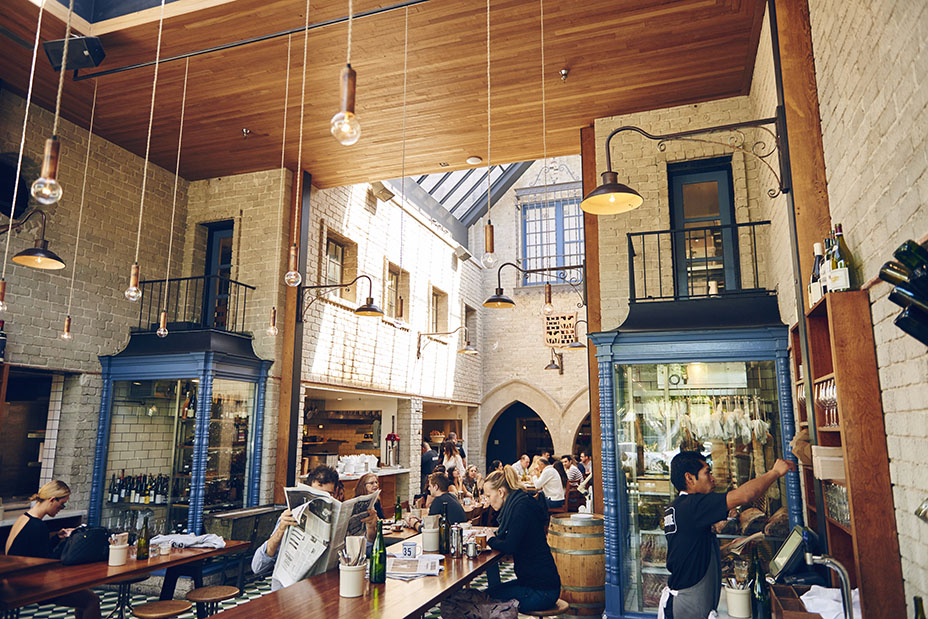 Number of nominations: 1, Number of wins: 1

Despite the prestige, not all James Beard Award chefs reach “celebrity” status, and they don’t expand with multiple restaurants. A James Beard award-winner (for American classics in 2015), Guelaguetza originally opened in 1994, now in an unassuming Koreatown location. With a vibrant, south-of-the-border vibe (and nightly live music like marimba and jazz bands), the family-run restaurant specializes in authentic Oaxacan food, famed for its outstanding mole. Here, the rich sauce — made up of spices, chocolate, nuts and secret ingredients — is decadent and perfectly drenched in the dish Tamal Oaxaqueno de Mole Negro Con Pollo, $12.50. “Everyone told my father he would fail, no one would ever understand the food,” Bricia Lopez, co-owner, says of her father Fernando. “Being recognized by the Foundation went further than just a recognition for our food. Being awarded as an American Classic while serving Oaxacan dishes speaks so much on the importance of diversity, immigration and of embracing each other’s culture.” Guelaguetza is a longstanding favorite for A-list diners like Ashton Kutcher and Mila Kunis, Emma Stone, Bill Murray, Gina Rodriguez and Andrew Garfield. 3014 W. Olympic Blvd., 213-427-0608; ilovemole.com 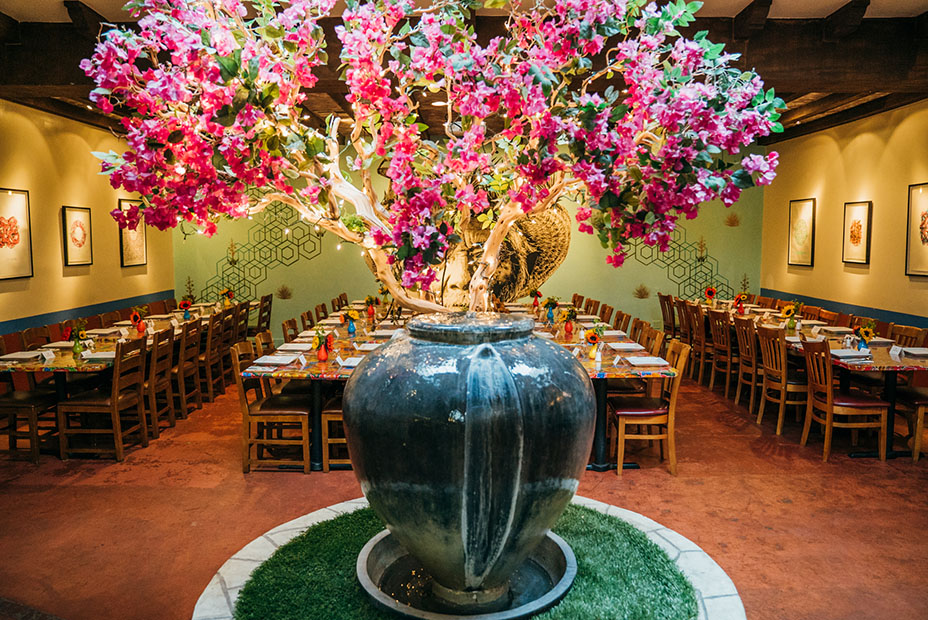 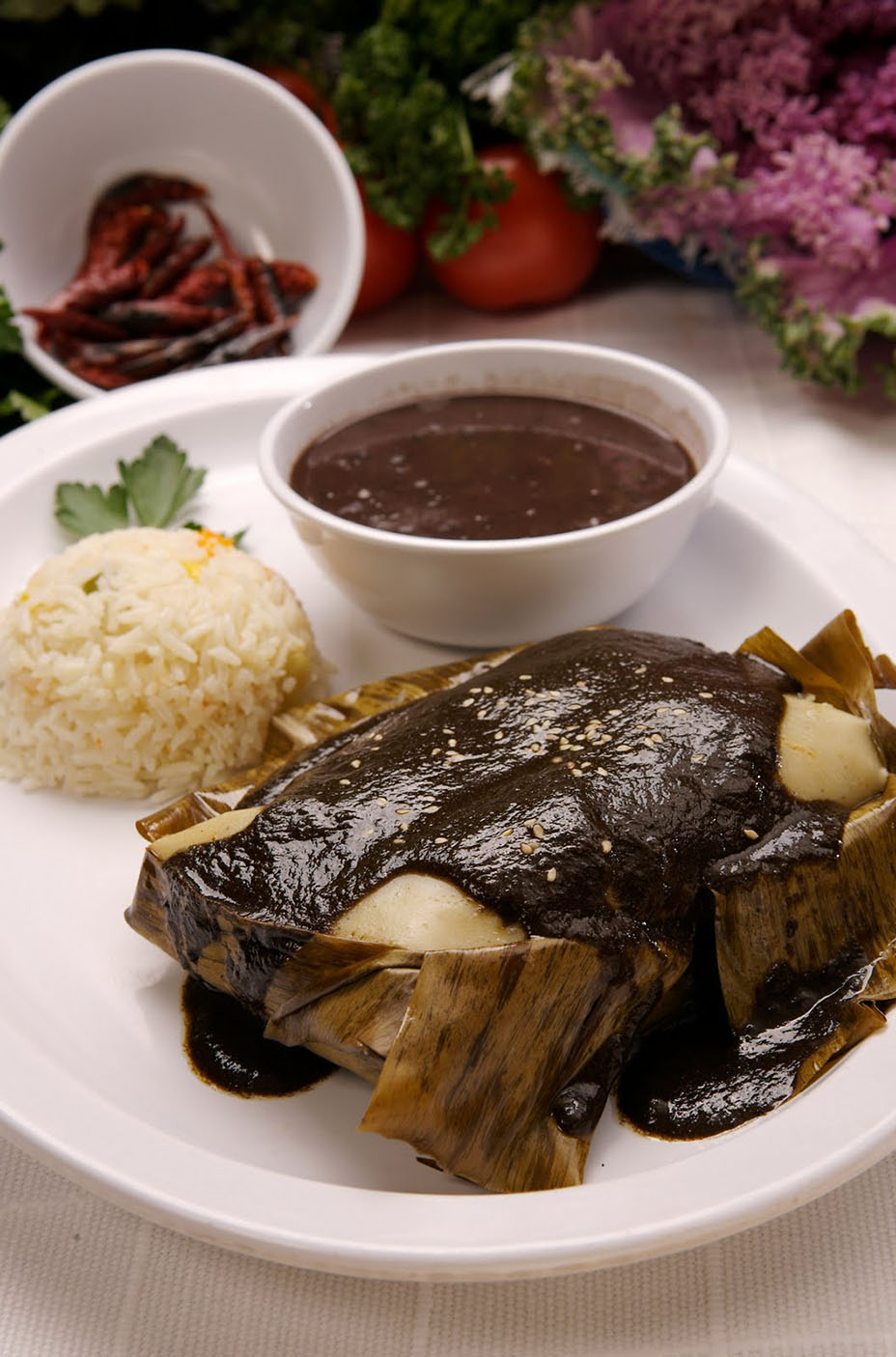 Number of nominations: 4, Number. of wins: 1

After being nominated every year since 2013 as Best Chef: West for Animal, chef/business partners Vinny Dotolo and Jon Shook were finally awarded in 2016, which has perks outside of filling tables. “It brings in great applicants for new job openings,” Dotolo tells THR. Animal on Fairfax is a power spot for industry folk and discerning gourmands alike who indulge in decadent “snout to tail” dishes in a minimalist environment. The range of 20-plus plates can feature classics like barbecue pork belly ($15) or adventurous options like veal brains ($13), and they’re all imaginatively executed. Celebrity chefs are often spotted here, including Mario Batali, Jose Andres and Anthony Bourdain, to name a few. Reservations are still hard to come by at this stylish dining den for carnivores. 435 N. Fairfax, 323-782-9225; animalrestaurant.com

Other restaurants by these chefs: The celebrated chefs have also made headlines with their hip joint Jon & Vinny’s, an Italian-American comfort-food hotspot, and as management partners of buzzing Kismet (No. 1 on THR’s 20 Hottest LA Restaurants Right Now). 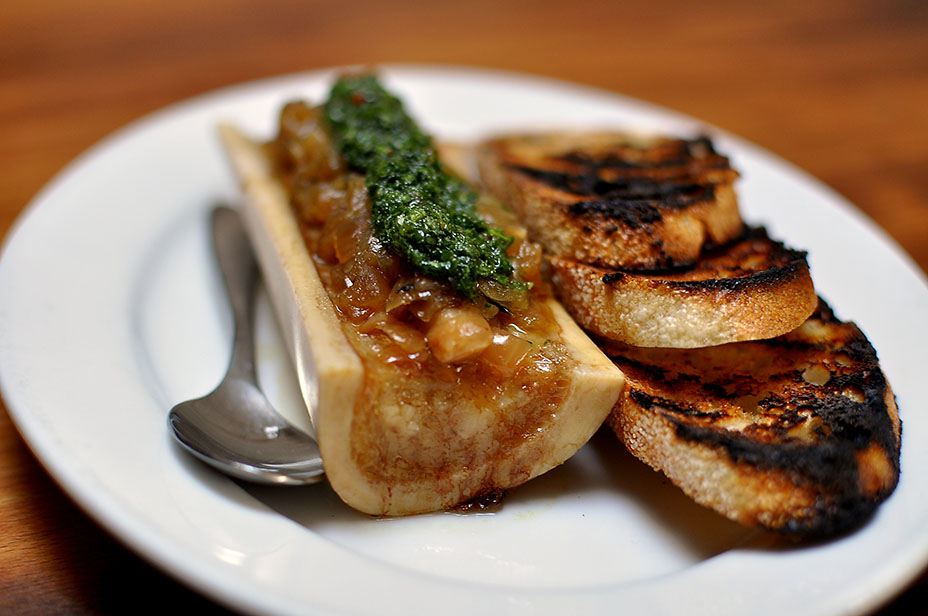