A fair amount of man-crushing went down Wednesday night at Chateau Marmont.

There was Tony Goldwyn loving on Jon Hamm, Garrett Hedlund gushing about James Marsden and just about everyone bowing down to Sterling K. Brown. Blame Esquire for setting the stage for all the same sex adoration in and around Bungalow 1, but no need to violently shake an especially erect finger as the love flowed all in the name of fashion to celebrate the mag’s September issue feature ‘Mavericks of Style.’

The dudes who both earned the distinction and showed up to take a bow on the rather masculine black carpet included Diplo, Olympian Race Imboden, soul singer Khalid and architect Kulapat Yantrasast, the latter of whom told The Hollywood Reporter that the major key to mastering the closet is trusting one’s instincts. “Everyone is a maverick if you’re brave and confident in what you do and wear,” said Yantrasast, dressed in Hugo Boss, the night’s exclusive fashion sponsor. Other attendees included Jon Bernthal, Scott Campbell, China Chow, Scott Cooper, Justin Hartley, Chris Hardwick, Brian Tyree Henry (wearing H&M pants, Ben Sherman shoes, Bruno Magli jacket), Alex Israel, Glen Powell, Brittany Snow and Esquire’s Jay Fielden, Jack Essig and Michael Hainey. 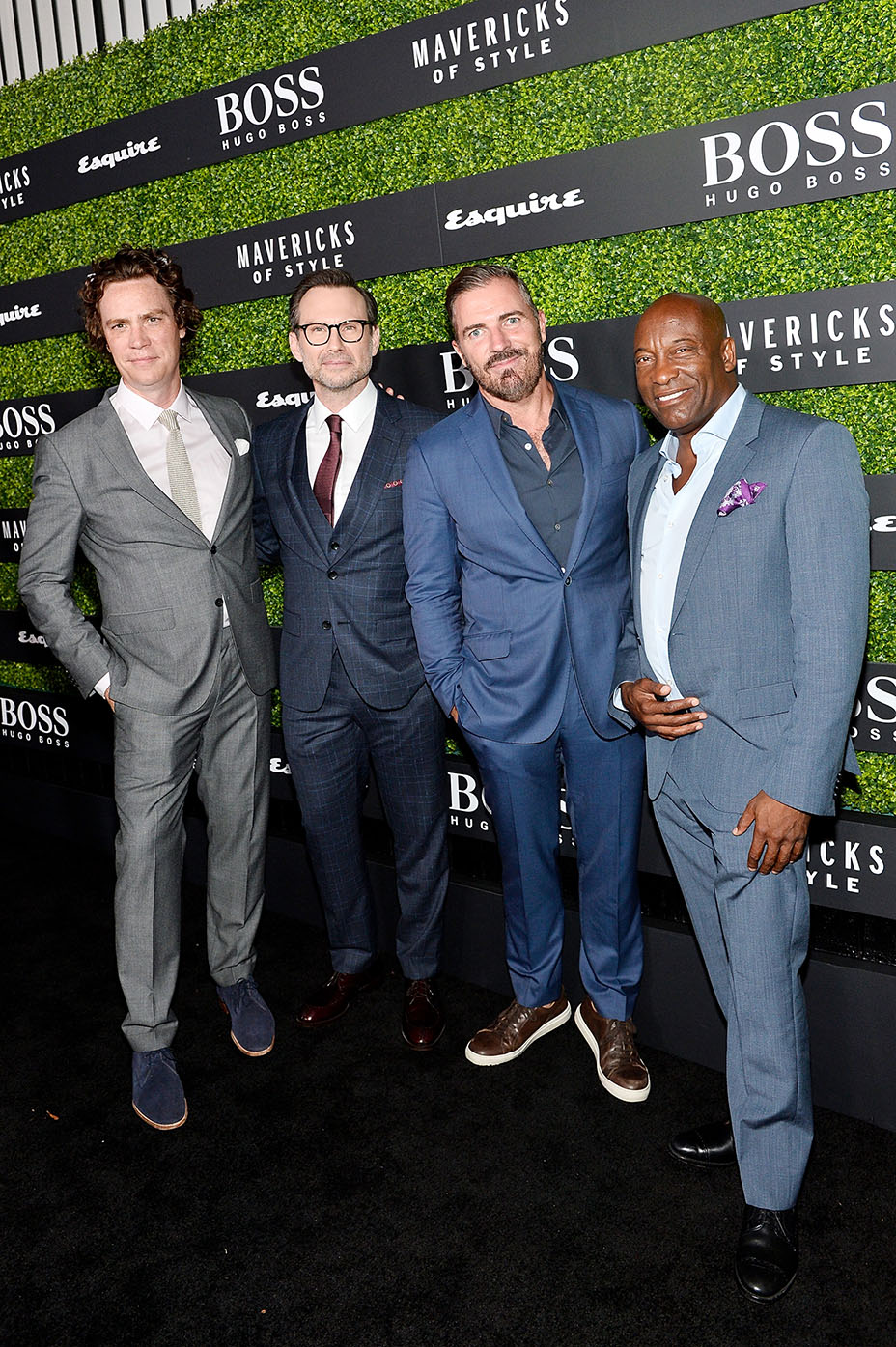 Red carpet courage is easier said than done, right Tony Goldwyn? “Oh, my goodness, I’m not a big style maverick,” laughed the Scandal star who looked like he could’ve just stepped off set in a navy suit, white shirt and tie. “I tend to be more classic in the way that I approach things that’s why I’m really turned on by people who push the envelope in ways that I don’t feel comfortable doing.”

There are a lot of people who are turned on by Mr. Hamm, Goldwyn included, because he’s a guy who does classic “yet seems to be reinventing it.”

That would apply to Mudbound star Hedlund who showed up in khakis and a crisp white shirt even if it the ensemble was not first choice. “I was going to do double breasted but it’s too hot of a day,” he noted, referencing the current L.A. heat wave. (Wednesday’s weather offered the most welcome relief in days, however, with temps in the mid-80s.) “Instead, I opened it up a little bit.”

If it weren’t for the heat, Hedlund said he normally prefers “anything that Mr. Marsden would be wearing.” Just then, he got the Westworld star’s attention for a quick man-greeting on the carpet before Hedlund revealed that they are friends and fantasy football buddies. He would surely get some ribbing from the virtual locker room if they read this next quote: “Here’s more about my sense of style. … When I was working in Park City, I went to the Alaska Fur Gallery and found one of those furkinis. When the heat wave is on like it’s been the last two weeks, I go with my furkini — a male fur murkin and a wolf tail out the back end — so you can still put SPF 50 all over the place and be just fine.”

If Hedlund were to ever wear it in public, it should surely be enough to land him consideration for next year’s ‘Maverick’ list. That is according to editor-in-chief Jay Fielden’s requirements. “[Being a maverick] is about standing up and standing out, and doing it in a way that is organic and authentic to who you are,” Fielden told THR. “A maverick also does something unconventional that, in the end, doesn’t always have to turn out as a good idea.” (Furkini not a good idea? Doesn’t matter. Just do it.)

Maybe because he’s fresh from editing a bunch of pages featuring men pushing sartorial boundaries (and a juicy Jose Baez profile), but Fielden is doing some maverick-y stuff in his own life in that he is pushing himself creatively. “I can claim to have started one of the scariest things for me, and that is putting myself out there as a writer,” he said, revealing details of a memoir. “I’ve started a book that hopefully will be excerpted one day in Esquire. That’s always a scary thing creatively to do — especially when you’re supposed to be the guy who knows what perfect writing is.” 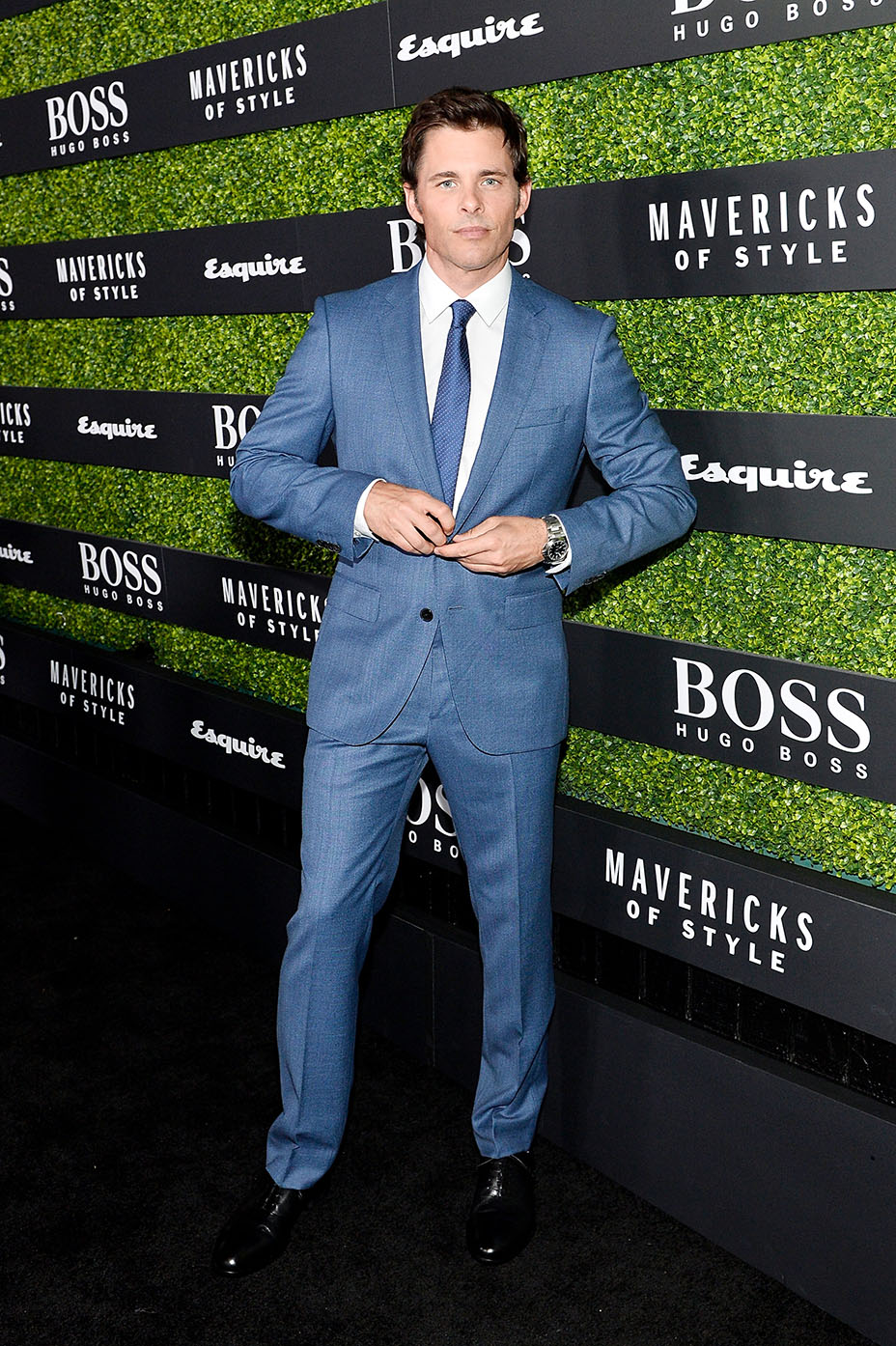 Marsden doesn’t pretend to be the guy who knows fashion. He is quick to pass any compliments he receives about his style to his stylist Ilaria Urbinati. “She convinces me to wear things I wouldn’t normally wear — like bright colors or crazy socks,” said Marsden, clad in a bright blue BOSS suit. “And she’s helped me understand what a good fit is and what good fabric is. I can be very boring with suits.”

Not when it comes to the birthday suit, as viewers of Westworld know all too well. “We’re all so naked that we sort of hold each other’s hands and jump off the cliff together,” he laughed, noting the many members of his cast who have appeared in the buff, among them Evan Rachel Wood, Thandie Newton, Jeffrey Wright, Ben Barnes and many more. “They are very respectful on set and I’m never fully, fully, fully nude.”

Now that would be a very, very, very maverick thing to do.

Scroll down for more images from the party. 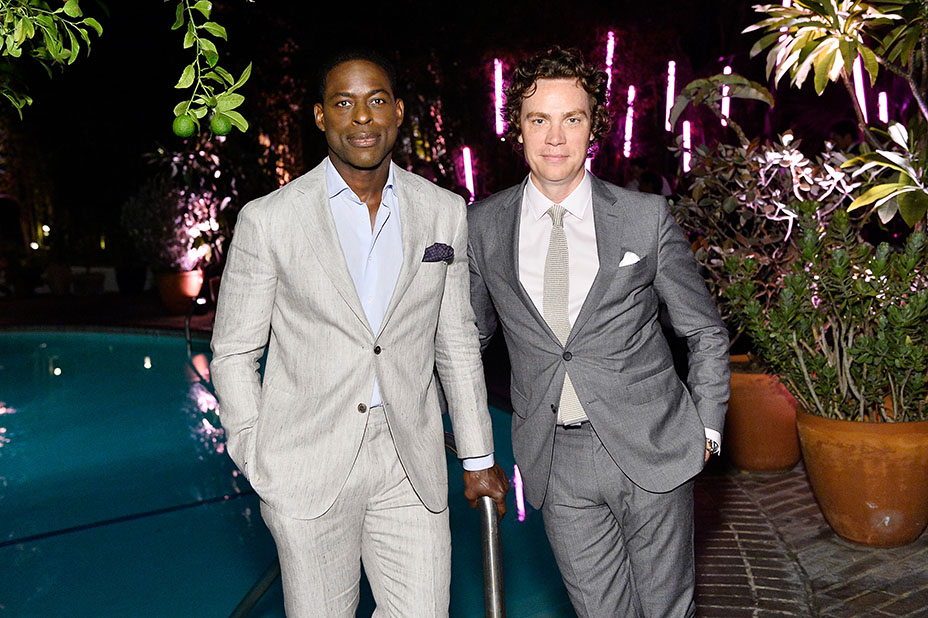 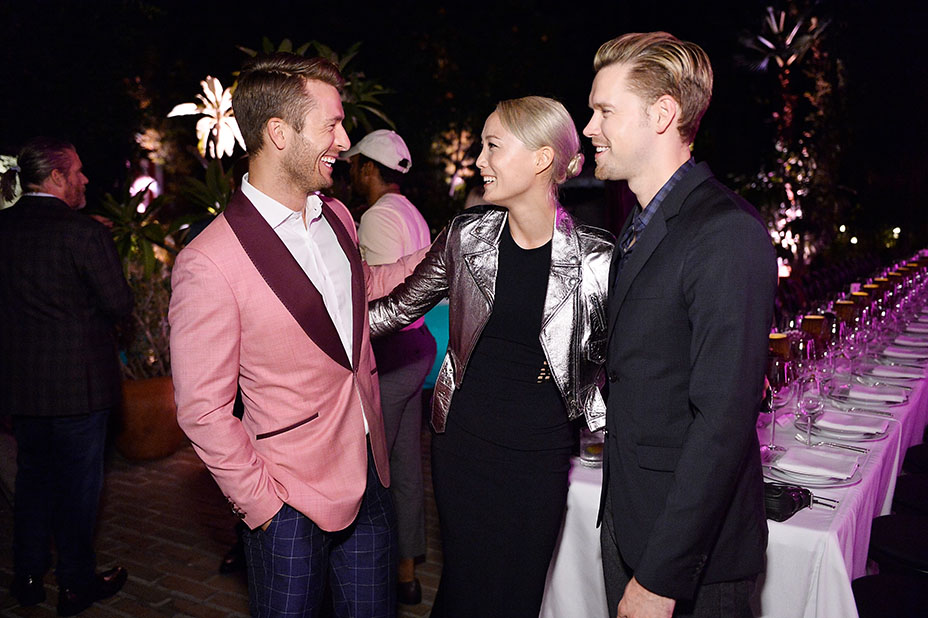 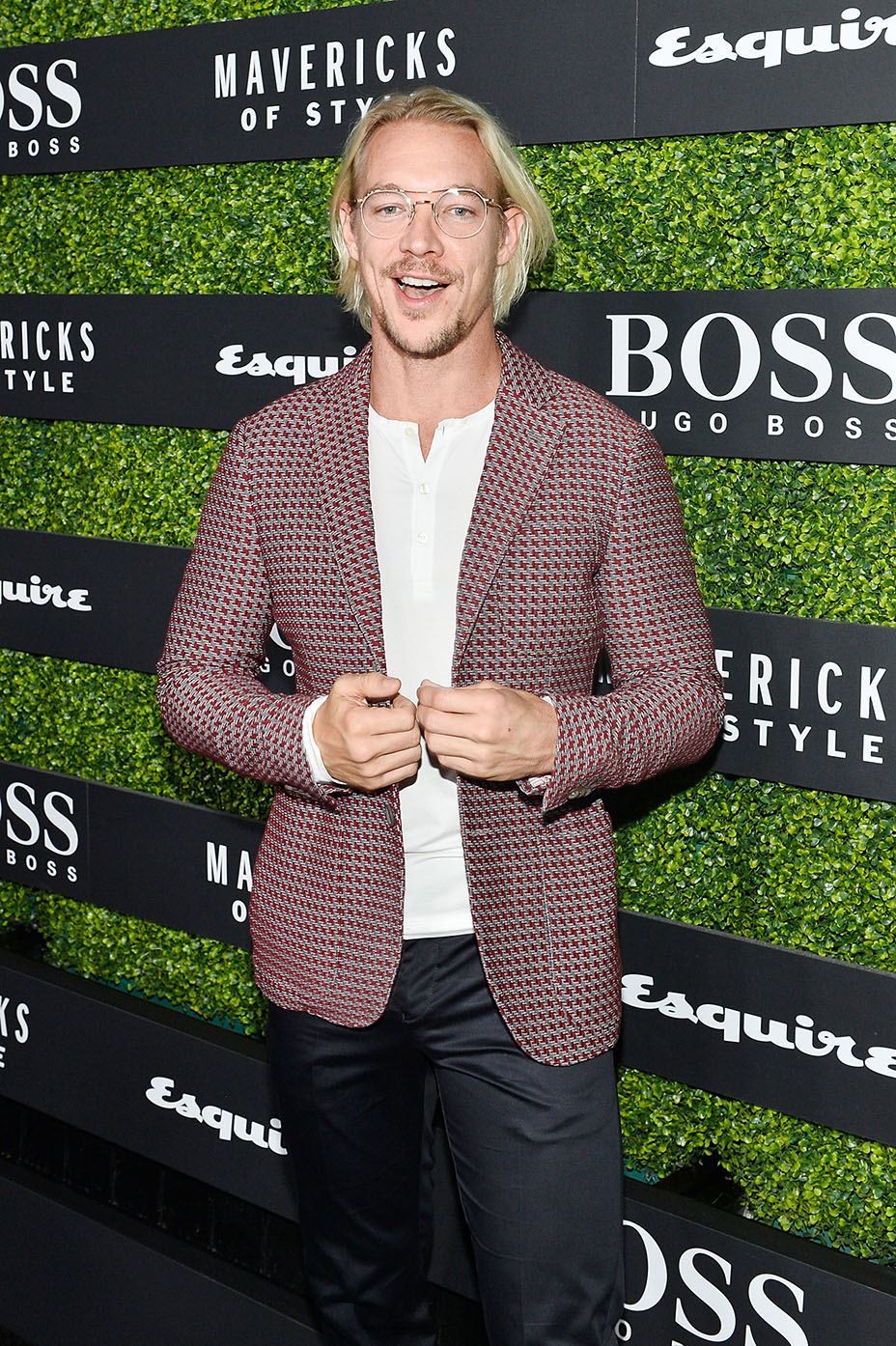 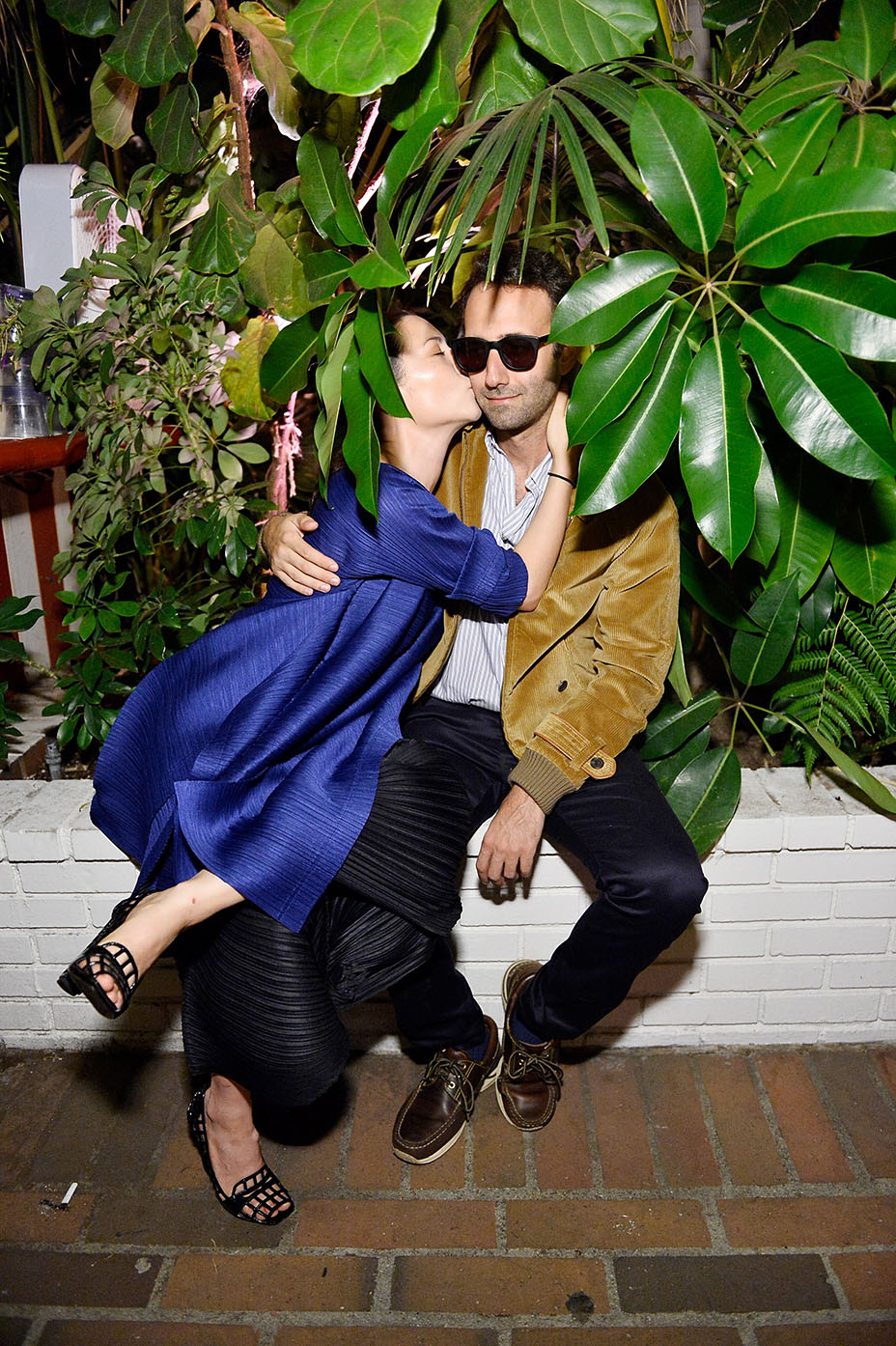 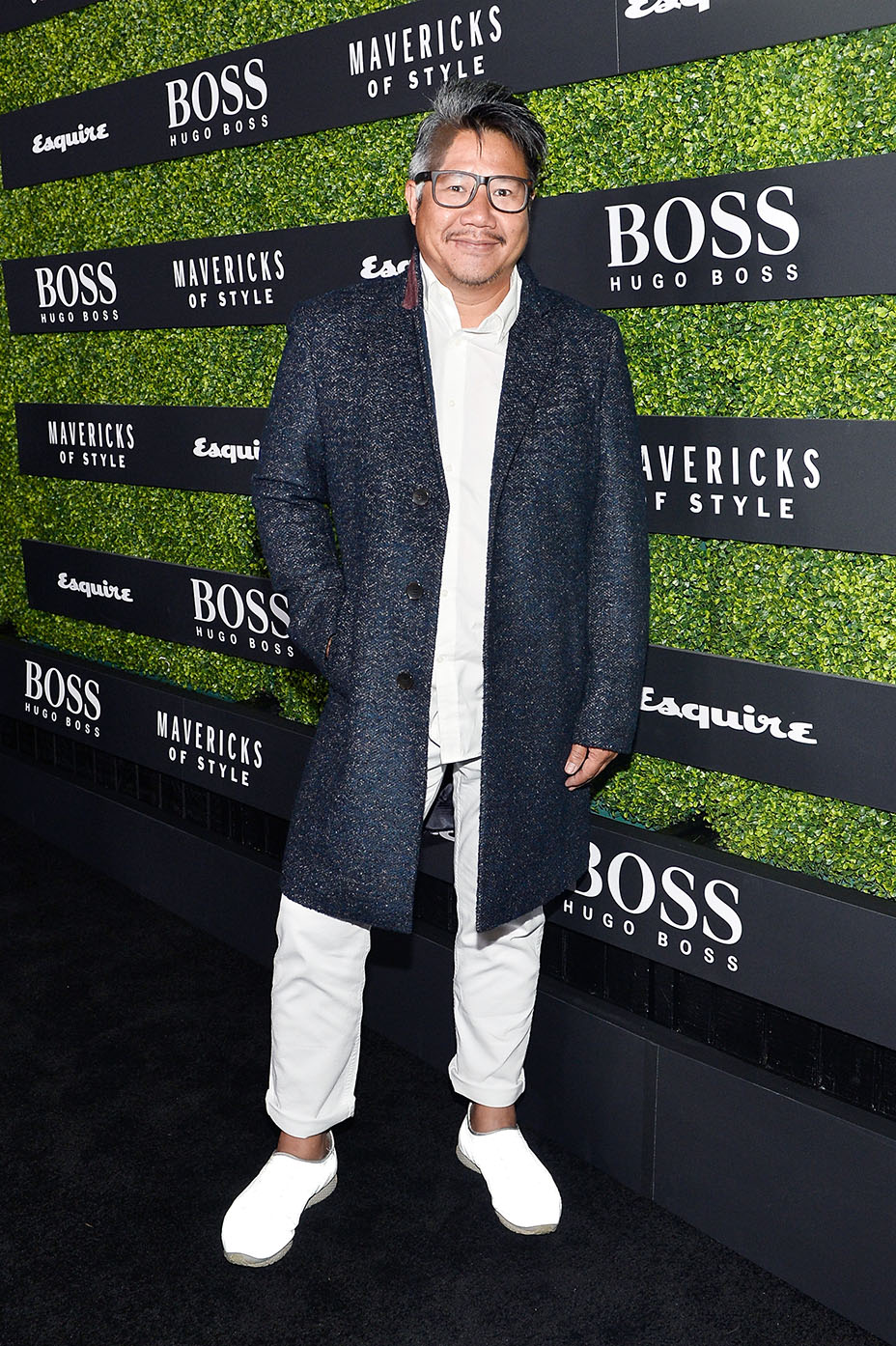