Tamara Mellon is six months into her new life in Los Angeles, where she has opened a design studio for her new shoe brand, settled her 14-year-old daughter Araminta into a new school and become engaged to CAA co-founder Michael Ovitz.

“I felt like I wasn’t done yet,” said Mellon, who co-founded Jimmy Choo in 1996 and helped grow it into an international luxury powerhouse, thanks in no small part to it being one of the first shoe brands to dress Hollywood celebrities for the red carpet.

It’s a homecoming of sorts for the designer; Mellon lived in Beverly Hills as a kid from 1976 to 1983, just a few blocks away from where she lives now.

“The energy in the city is so different now,” she says. “As an example, Michael has been on the board of the Museum of Modern Art in New York for 30 years, and as a board they always take a trip to a different city each year and this is the first time they came to L.A. We hosted them all at home, and it speaks volumes that they decided to come here.”

Her new namesake shoe brand is very 21st century by design; it’s a straight-to-consumer business model, which allows her to keep prices lower than if she were wholesaling and retailers were marking things up. She sells online, except for the pop-up shop she has opened on Robertson Boulevard through July 14, to help spread the message of Tamara Mellon 2.0 to the L.A. faithful. 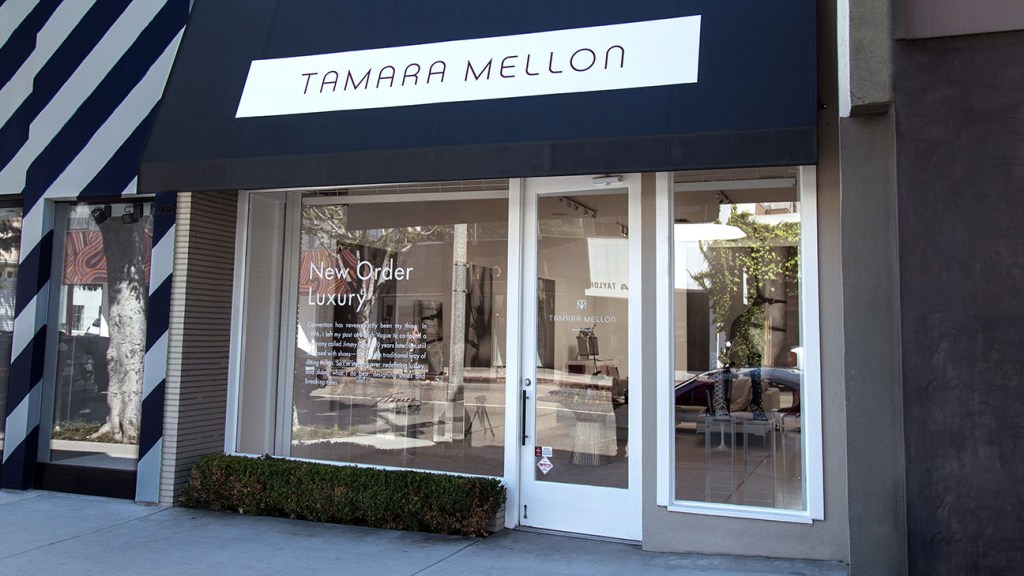 The new brand is becoming a red-carpet favorite, too; Mellon’s Front Line sandal ($395), with its signature illusion straps, has already been spotted on star feet dozens of times, worn by Katie Holmes, Kylie Jenner, Solange and Cindy Crawford. 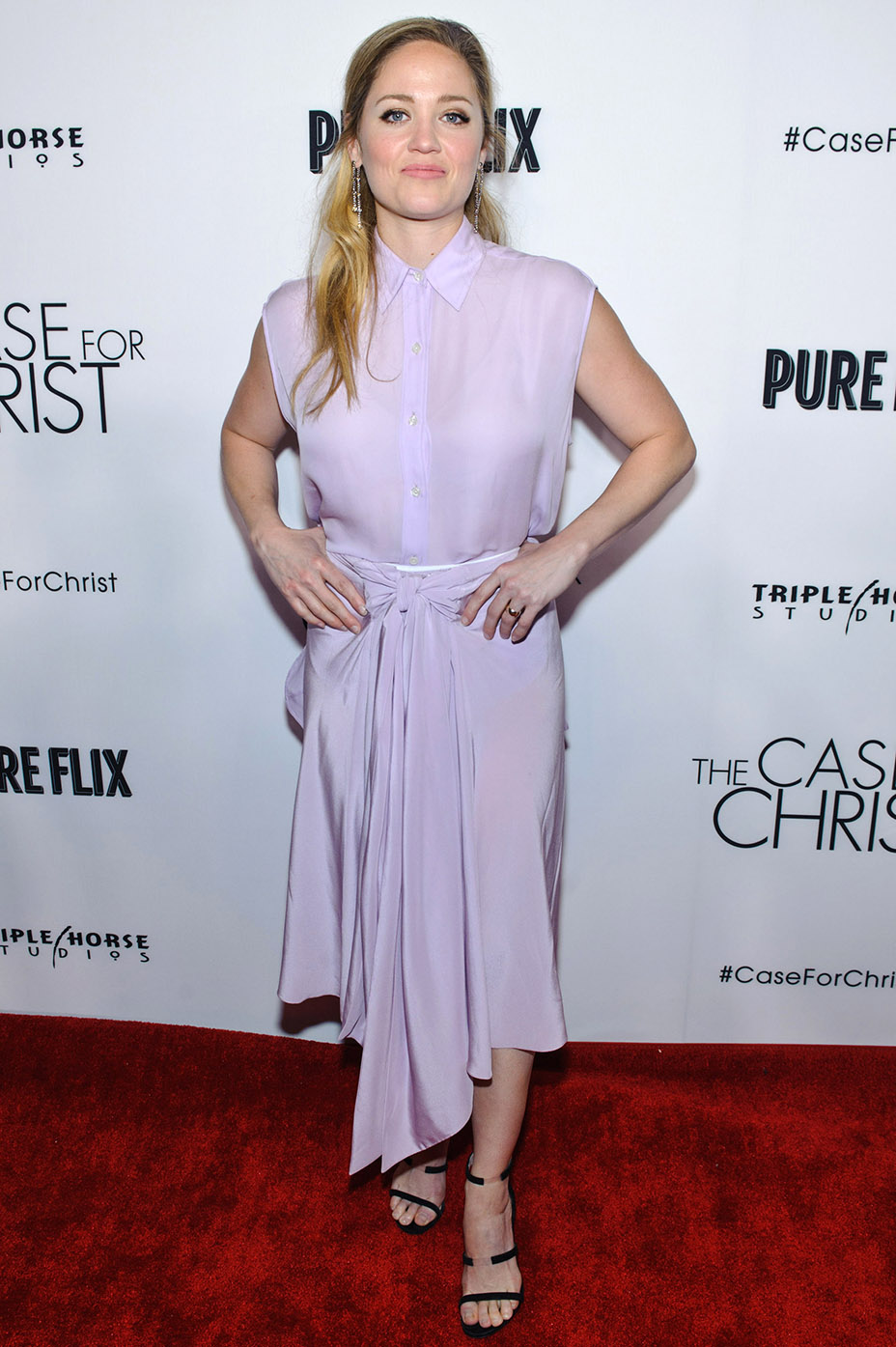 “I was done with Jimmy Choo after four private equity deals, and in the last deal I felt like I couldn’t get fair market value enumeration. So I said, ‘I can just take it and stay five more years,’ or I’m just young enough to maybe do it again,” Mellon says on a recent afternoon, settled into the white couch in her store.

The Robertson Boulevard space “is a touch point for the customer to come in and see the product, learn our story, our values, and discover why this is different,” she says. 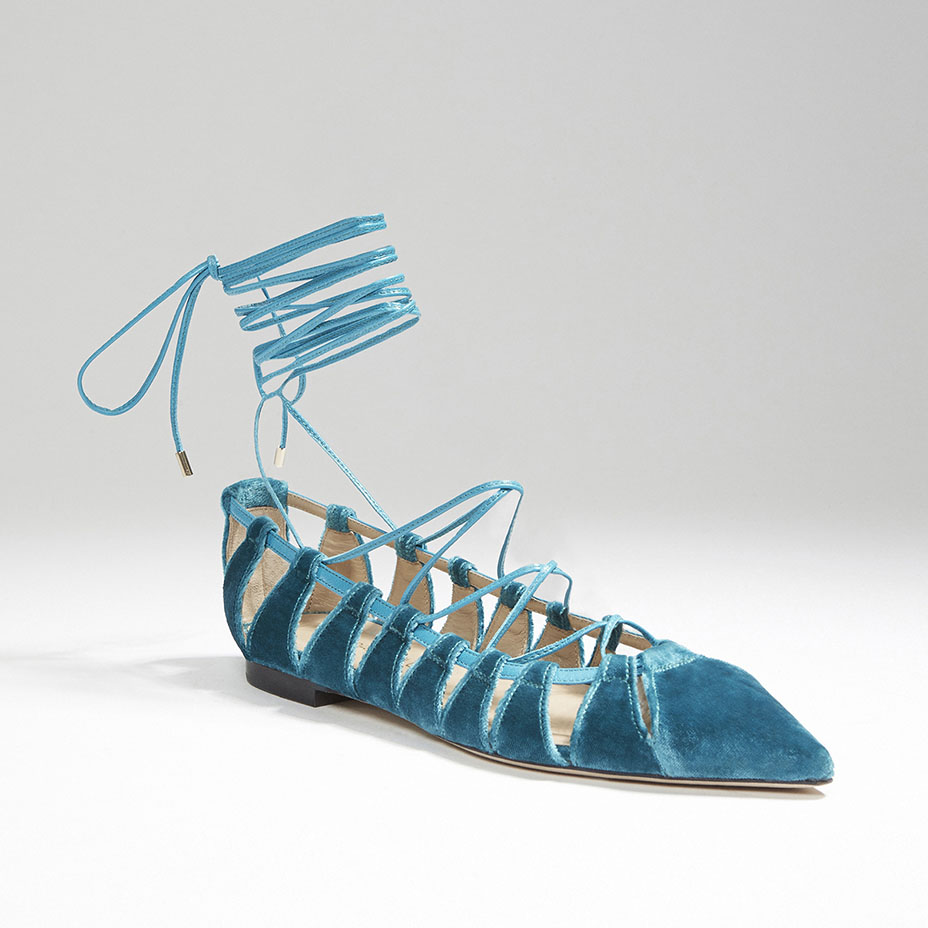 New styles are released monthly on the brand’s Facebook and Instagram accounts, instead of on a traditional seasonal schedule.

“It’s a different business model; we’re able to talk directly to our customer, whereas before there was always a third party in between, whether it was a department store or traditional media,” Mellon says.

She has opened an office and design studio in West Hollywood, near Urth Caffe, where her 15-person team works to develop styles such as the Front Line. 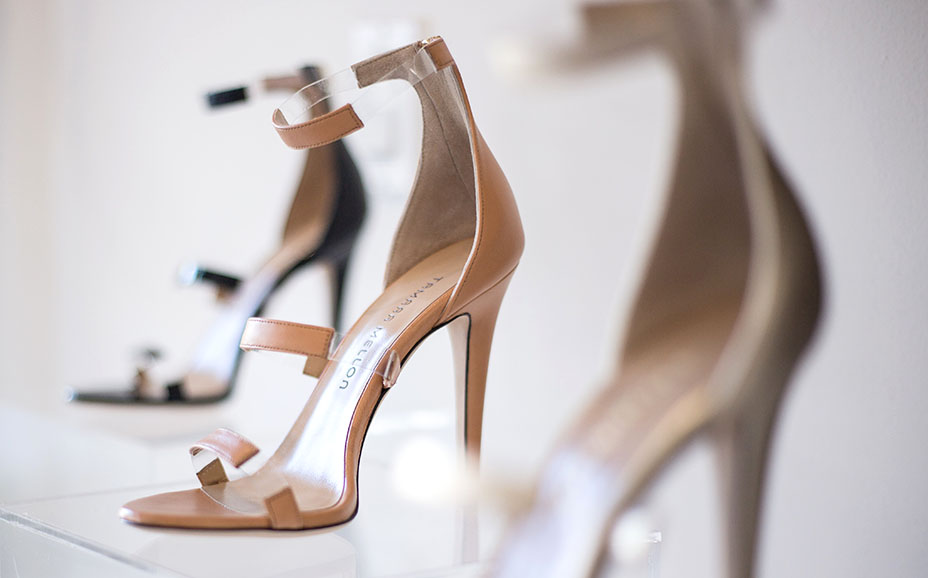 “I have always been a strappy sandal girl, but I felt like they were all dated, so I wanted to design something that looked modern,” Mellon says. “Floating straps elongate any leg, and don’t cut off the ankle. It’s the best basic in your closet.”

Another shoe that’s a mainstay of the brand is the Sweet Revenge long legging boot ($1,495). “They look weird on the hanger, then you see women try them on and have an ‘a-ha’ moment when they realize it’s the easiest thing to wear,” she says. “All you have to worry about is a top. I hate that ugly line between leather legging and ankle boot, and this fixes that.”

@karliekloss took out Sweet Revenge legging boots out in New York. I love how many ways there are to wear these – they can seem daunting alone or on the hanger, but slip them on and you have an “of course!” moment.

Kendall Jenner and Gigi Hadid were fighting over the Queen Bee honeycomb perforated booties ($695, below) at Paris Fashion Week, Mellon reports, also noting that her collection includes cool flats for today’s “lower heel moment,” such as the velvet Trace style ($425) with ankle lacing.

“I say there are two parts to my business now: The shoes are the old part because we manufacture in the same way I always have in family-run factories in Italy. The new part is that we are digitally led,” she explains.

A step ahead, but not around for long. This limited edition is a perfect example of fashion-first design for women who are informed– never defined– by trends.

Mellon hopes to make her pop-up a permanent shop at some point soon, but in the meantime, she’s heading out on a series of trunk shows this summer to meet more customers, with planned stops in San Francisco and Sun Valley, Idaho, around the Allen & Co. media finance conference.

Content living in L.A., Mellon says she doesn’t even feel the tug of the fashion world in New York or London anymore. “There’s a new way to communicate, and I don’t think my customer cares anymore if I’m at Fashion Week or if we’re showing,” she says. “It’s liberating. Technology makes it so you can be anywhere.”