Fresh off his six-season run on Saturday Night Live, Taran Killam opted to don the crown of the comical King George in the hit Broadway musical Hamilton. He calls the gig itself “a dream come true,” but the three-month run has come with its own personal and professional payoffs.

Ahead of his final bow at the Richard Rodgers Theatre on April 9, Killam goes Off Script with The Hollywood Reporter to talk making his Broadway debut at the same time his wife Cobie Smulders is bowing in Present Laughter and while he’s also polishing his directorial debut Why We’re Killing Gunther (which features a few original songs).

When did you first see Hamilton? What’s your favorite song?

The first time Cobie and I saw it was closing night at The Public. It was three months after our second child was born, so “Dear Theodosia” grabbed us. It was so beautiful; it just wrecked me. I was sitting next to Bradley Cooper, who I’d done some stuff with at SNL, and when the lights came up at intermission, he leaned over and was like, “You okay, man?” Having since spent more time with the show, Aaron Burr is still by far my favorite character, and “Wait for It” is my favorite song.

What were your apprehensions about taking the role?

It’s a dream come true. I’ve been doing comedy for so long that the musical aspect — singing, dancing and performing all at once — and doing so eight times a week, became pretty daunting. Fortunately, I was connected with vocal coach Liz Caplan and other trainers to help me get in shape quickly. Getting over the nerves of performing live in front of that many people took me at least four weeks, but then came the joy of each show: the opportunity to try something new. That’s something you definitely don’t get in sketch comedy, which airs only once.

Most of King George’s numbers involve him being onstage completely alone. Is that daunting?

The solitude has never really bothered me — if anything, it means less of a chance of screwing someone else up.

How do you unwind after the show?

It depends on the night of the week; the later into the week, the less I have to unwind. I’m pretty beat after the Sunday matinee. I learned unwinding techniques from SNL, when you’re so cranked and full of adrenaline. Reading always helps. I really like noir murder mysteries. I just bought The Alienist.

How has it been making your Broadway debut at the same time as your wife Cobie Smulders, who is in Present Laughter?

I just saw her show for the first time. She’s magnificent; I’m so proud of her. It’s something she’s been working to book for a long time. She moved out here with me full-time three years ago, and her only creative goal was to perform in a Broadway show, so to see that come to fruition is overwhelming. It’s really emotional and exciting for me. And now we have these two great windows between the matinee and the evening shows on Wednesdays and Saturdays. It’s become two guaranteed date nights every week where we can grab a meal between shows, which has been really lovely. 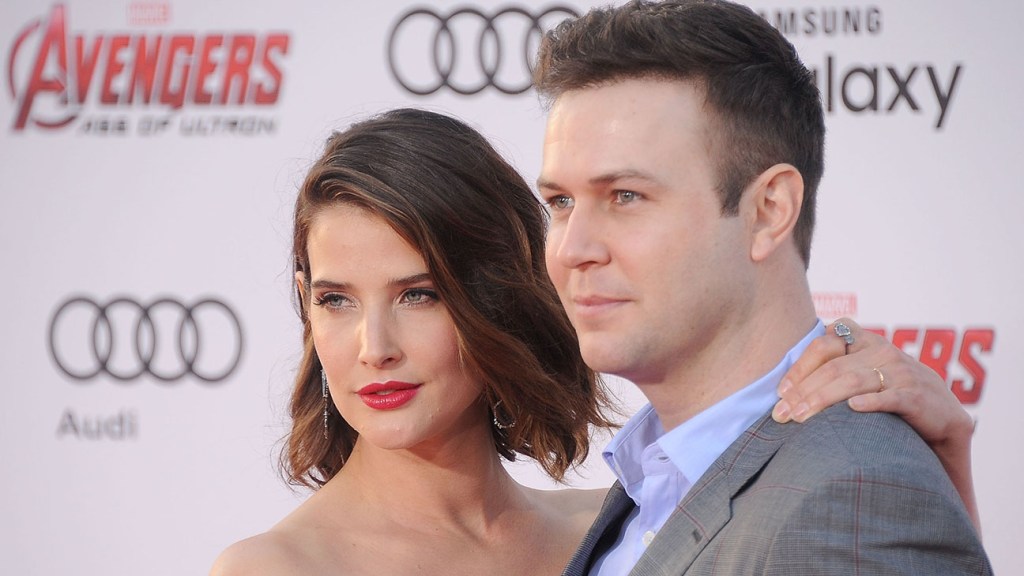 I have the benefit of not needing to get ready until the show starts because I don’t come in for 25 minutes. A bulk of my time has gone to ordering tickets for people.

I’m also doing things like approving visual effects shots and listening to soundtrack music for Why We’re Killing Gunther, which has become the major focus of my life over the last year. I started writing it about four years ago and then was lucky enough to get the faith and finance of people who believed in me and were willing to put this into production. It has Bobby Moynihan, Hannah Simone and Cobie, and then we got Arnold Schwarzenegger. It’s pretty silly; I’d liken it to the Christopher Guest mockumentaries, but it’s about assassins and there are a couple of original songs in the movie.

I decided to wear many hats and bite off as big of a bite as I could chew, and so far haven’t choked on that bite. It’s been incredible. We’re literally nearing the finish line now, in the final stages of sound mixing and color editing. We’ll be ready to show the world in the first week of April, and then we have a month of figuring out the distribution plans. I’m really, really proud of it — it’s funny and unique and Arnold is so hilarious in it. He’s done broad comedy before, but it’s been a long time. I’m really, really excited for it to be out there and for people to see it.

What have you learned from your Hamilton run?

To be a performer on Broadway and in a musical of the caliber of Hamilton, the entire company has the most talented and skilled people I’ve ever met. Certainly there are people who are trained and have an earned skill set in film and television, but you can’t fake it on Broadway. It’s been incredibly inspiring. And it certainly makes me want to continue to incorporate aspects of music and dance into future projects.

After Hamilton, what are your stage goals?

I have the honor of filling some pretty big crowns between Brian d’Arcy James, Jonathan Groff, Rory O’Malley and Andrew Rannells. This is good company to be in. But this experience has taught me that it’d be wonderful to have the creative challenge of originating something of my own, something that no one has ever done before.

Off Script: How Jonathan Groff Created That King George Accent for 'Hamilton'