Quentin Tarantino was recently spotted at the Playboy Mansion — just not for the reasons one might think.

Tarantino’s Once Upon a Time in Hollywood recently wrapped filming at the iconic Holmby Hills property. The three-day shoot was the first at the famed mansion since Hugh Hefner died earlier this year. In 2016, Hefner sold the five-acre property for $100 million — a Los Angeles County record at the time — to 35-year-old business mogul Daren Metropoulos, who opened his doors to the Pulp Fiction director and his crew.

“After Quentin reached out to me and I spent some time understanding his vision for the film, I knew there was a special opportunity to collaborate together and feature the mansion in this thrilling project,” Metropoulos said in a statement to The Hollywood Reporter. “The timing was excellent as the property has already begun to transform back to its original grandeur and has never looked more impressive.” 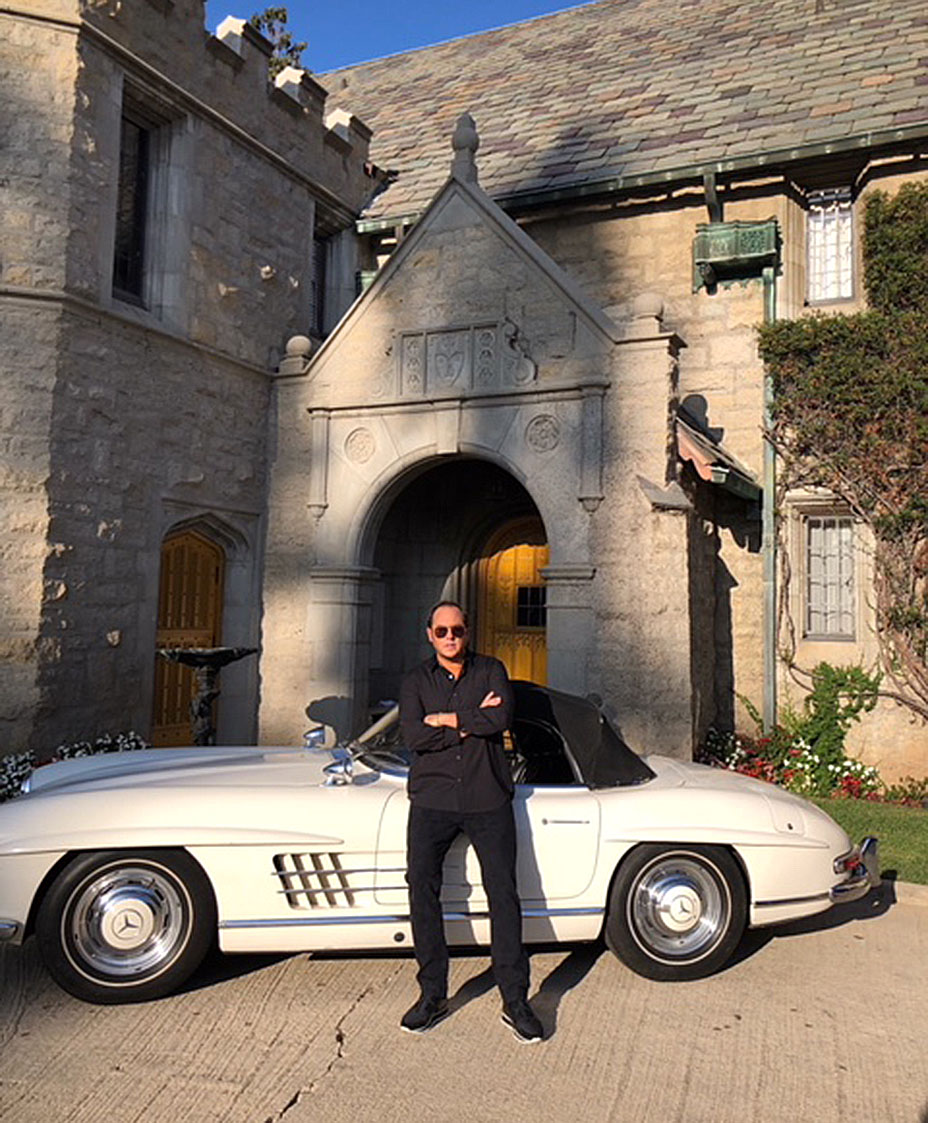 It seems like a fitting backdrop to Tarantino’s latest, which he says among all of his films will most resemble Pulp Fiction. Announced back in February, the Academy Award winner described the movie, which he also wrote, as “a story that takes place in Los Angeles in 1969, at the height of hippy Hollywood.” The pic stars Leonardo DiCaprio as one-time TV star Rick Dalton and Brad Pitt as his stunt-double Cliff Booth. The film’s sprawling cast of characters includes Sharon Tate, played by Margot Robbie, who was the wife of Roman Polanski and who was pregnant when she was killed by Charles Manson’s followers in 1969 inside her Cielo Drive home (which is about 2.5 miles away from the Playboy Mansion). Earlier this summer, Luke Perry, Damian Lewis and Dakota Fanning joined the film’s star-studded ensemble, which also includes Emile Hirsch, Timothy Olyphant, Kurt Russell and Lena Dunham.

It’s unclear what scenes Tarantino was shooting at the Playboy Mansion, although both Polanski and Tate did make brief cameos in outtakes of Hefner’s short-lived television show, Playboy After Dark. Episodes of the show, including those featuring Tate and Polanski, can still be found on YouTube.

Since Tarantino started filming in June, social media has been abuzz with images of a Los Angeles transported back in time. Storefronts, bus benches, theater marquee signs, billboards, neon signs and murals along Hollywood Boulevard and other West Hollywood thoroughfares have been gussied up to re-create the groovy, psychedelic era. Tarantino also filmed for several days inside the famed Musso & Frank Grill, according to CurbedLA. 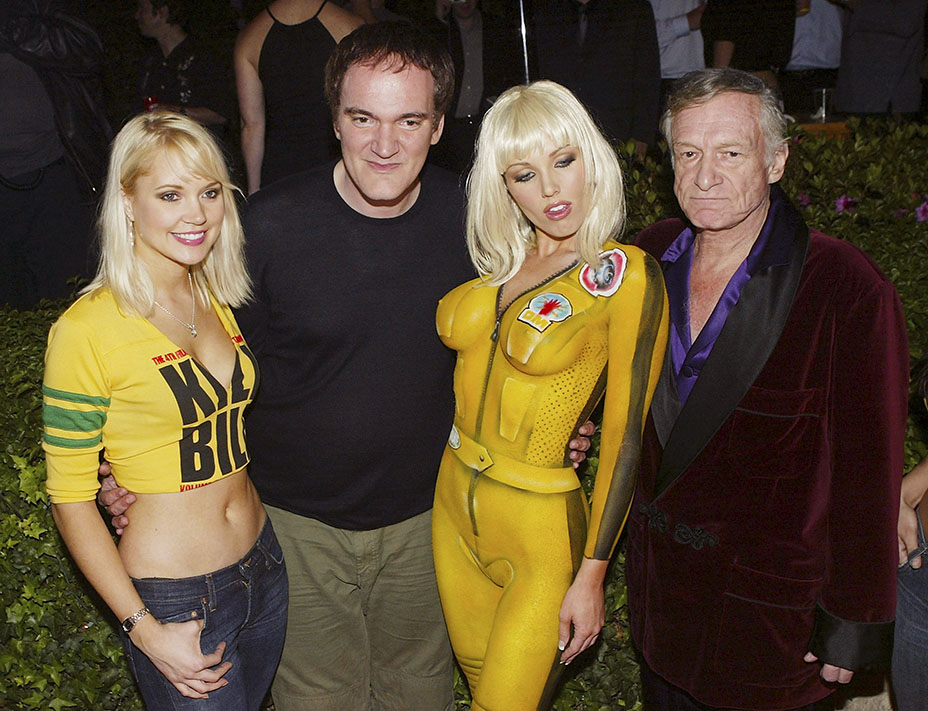 Needless to say, this isn’t the first go-around for the Playboy Mansion. Over the years, it has been a setting in a number of films, including Charlie’s Angels: Full Throttle, Beverly Hills Cop II and The Phantom.

Metropoulos is in the midst of combining the five acres where the Playboy Mansion stands with a neighboring property that he purchased in 2009. When completed, the total footprint of the property will increase to 7.3 acres, with over 55,000 square feet of living space.