But Kitsch has spent the last decade of his career carving out a darker path, with stand-out roles in Ryan Murphy’s TV movie The Normal Heart, on the second season of True Detective, and as cult leader David Koresh in Paramount Network’s Waco.

For his latest role — as Max McLaughlin in Shadowplay — Kitsch has again gone deep and dark. The period crime drama, from the creators of Nordic noir series The Bridge, sees Kitsch playing a Brooklyn cop assigned to set up a police force in the chaos of post-World War II Berlin and to take down the Capone of post-war Berlin, “Engelmacher” Gladow (played by Sebastian Koch). Max is also on a mission to save his brother Moritz (Logan Marshall-Green). Both siblings share a common, childhood trauma, but have taken very different paths. Moritz, who served in World War II, has returned to Germany and begun to hunt down unrepentant Nazis, killing them in increasingly brutal ways.

There have been a lot of movies, and TV series, made about World War II, but almost nothing from when Shadowplay is set, the immediate aftermath of the war.

I had no idea what things were like in ’46. I don’t know what I thought but it wasn’t this. The violence didn’t stop after the war. Everything just went rogue. I got here a few weeks before we started shooting and went to Berlin to see all the sites for myself. I took a week and went to Auschwitz to study that. You can look at these pictures all day but being there you have a sense of the gravity of it all.

This series seems much bigger, and more ambitious than much of the television you’ve done in the past.

[Creators Mans Marlind’s and Bjorn Stein’s] vision is so big. Even shooting-wise, we have huge action set pieces but then also very beautiful scenes. Today we have a huge scene, where we blow up the police station. It looks unbelievable. Dust rising like a huge cloud before the firefight ensues. It’s the biggest action sequence we have in the whole series. But it’s the heavier stuff, the emotional stuff, that is going to drive the show. And that’s what I find most challenging. Me and my brother Moritz go through trauma, our mom is shot in the kitchen by our father and we see it. My character, Max, deals with that trauma completely differently from Moritz. So every time we have a scene together, the stakes are so high. I was talking to [Shadowplay co-star] Nina [Hoss] yesterday and was saying how the scenes I struggle with are exposition. I hate exposition, talking to drive a storyline. In the scenes that are black and white, where it’s clear what’s happening and what the stakes are, those are the scenes you live for. Waco was like that: it was clear what I was doing in every scene. It’s similar here.

You’ve been taking on meatier roles recently. Is that deliberate on your part?

Absolutely. I think it’s more my wheelhouse now than it’s ever been. I think that’s originally why I went to study acting. I never ever thought it would be a possibility to end up leading crazy big movies or series. I just wanted to do indies. I love it. It is the most fulfilling. 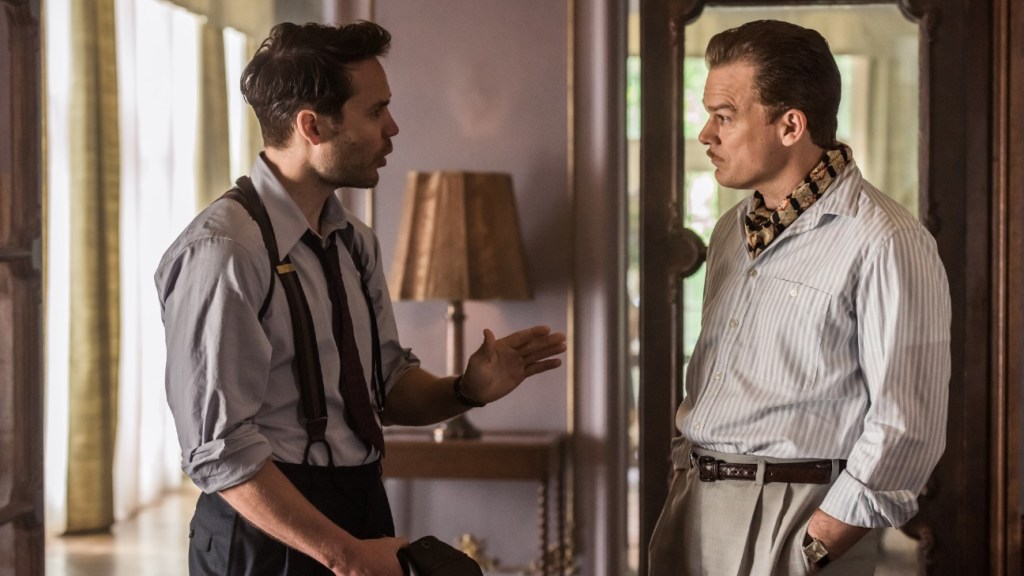 (from left) Taylor Kitsch and Michael C. Hall in Shadowplay

How are you picking your roles now, what do you look out for?

I ask myself: “Does it scare me? Can I do it?” If it’s on the verge, where I’m scared I can’t do it, then I’m interested. Then, of course, it’s about who’s the director, what’s the subject matter, what’s the voice? But I think it’s the fear that drives me most of the time. I say to other actors I admire all the time: there are going to be things where you swing and miss, but there are going to be others where you hit it out of the park. Failure is OK. As long as it doesn’t completely end your career [laughs].

The actors I admire don’t worry about the repercussions, of “what are people going to say?” People like Benicio [Del Toro], he’s had a lasting effect on me. Or Josh Brolin. He and I are still close [since working together on 2017’s Only the Brave.] He’s had a major swing with Avengers but at the root, he’s just a great actor. When you take the greats you can put them in anything and they’ll still be great. Brolin is awesome. Joe Mantello sticks with me. I always think of him from Normal Heart. He just blew me away.

In Shadowplay, you’re acting alongside Nina Hoss, who’s a big star here in Germany. What’s that been like?

I was just told when I signed on: “oh, you’re going to love her.” Now she is one of my favorite actors or actresses I ever worked with. I’m a fan for life. She is just incredibly giving. No ego. There are actors out there that are more worried about themselves than the scene alone or reaching the potential of a scene. She wants to reach the potential of the scene. And that doesn’t matter if it’s at the cost of her or whatever it is. She’s very engaging and comes prepared, and is a pro. She’s just all-in. And she’s really, really good. I’d love to work with her again. 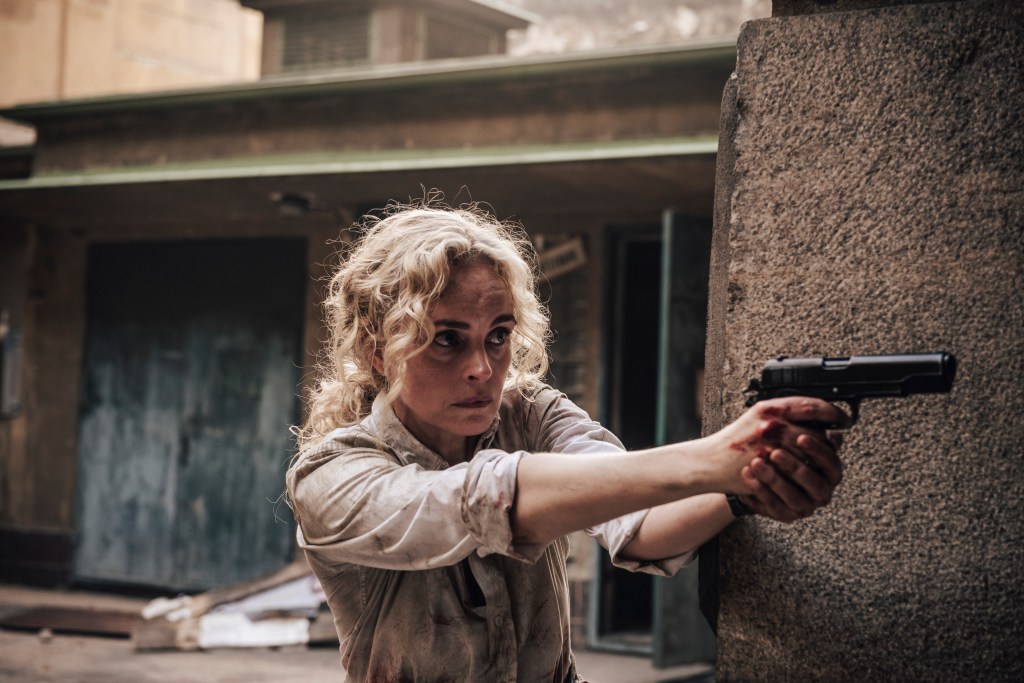 You have been trying to get Pieces — your first film as a director — off the ground. What the state of that?

Basically, it goes back to me just wanting more indies to get made. Or just original films. My agent told me that something like 20 of the last 21 highest-grossing movies have been sequels or franchise films. That’s pretty fucking alarming.

It’s been tough to get financing [for Pieces]. And this is for a low-, almost no-budget movie. The genre is tough too. It’s not like I’m going to do a young adult horror or a rom-com. This is an ode to the gritty, 1970s kind of character-driven movie. Tough to say to financiers: “You want to make this with me?” And they are like: “I don’t know how many people are going to see this.”