Taylor Swift looked as cheery as her upbeat new single “ME!” at the 2019 Billboard Music Awards, wearing a ruffled lavender long-sleeve minidress with lace insets by Istanbul-based designers Raisa & Vanessa. 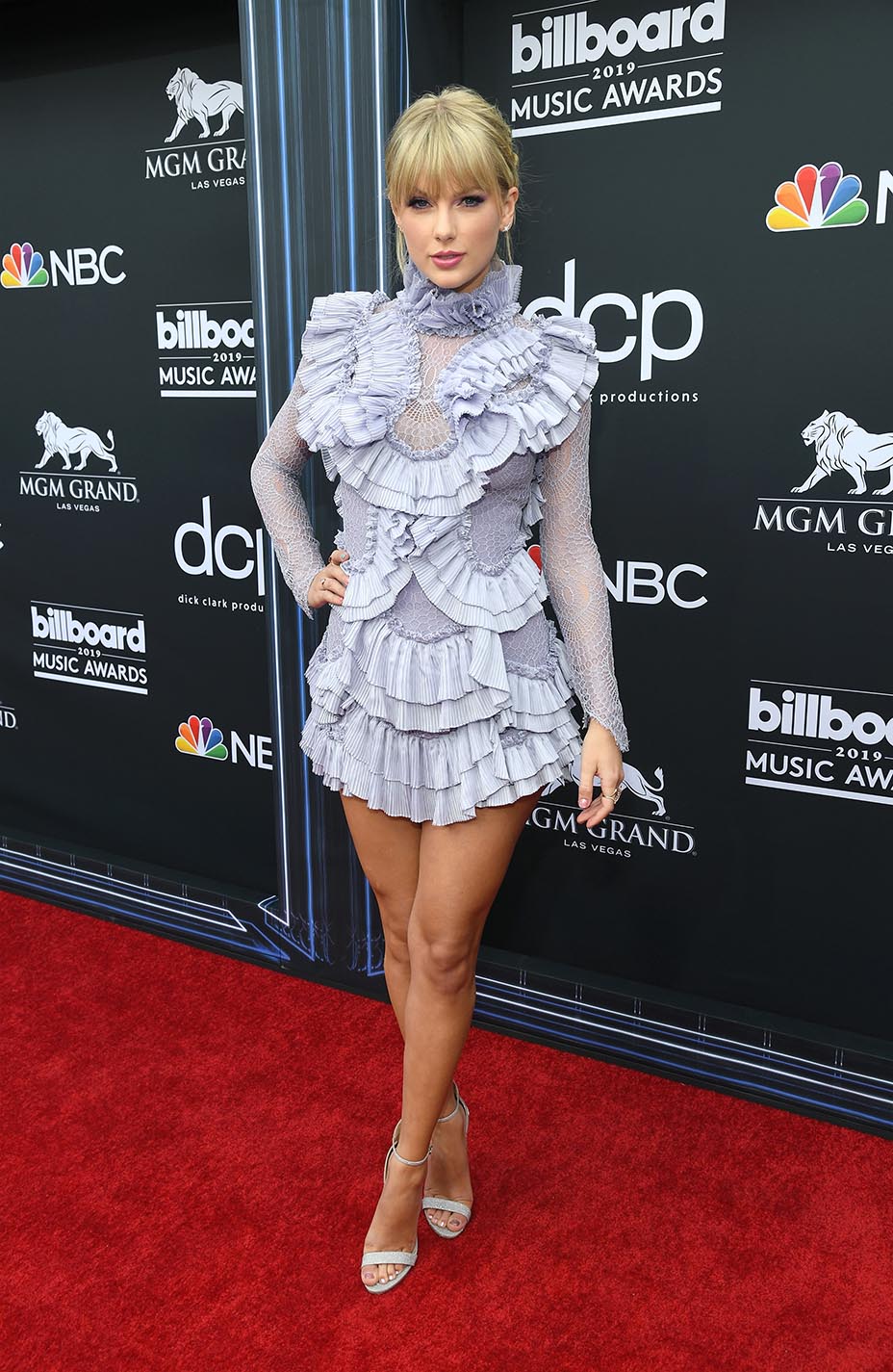 The Grammy winner performed “ME!” (featuring Brendon Urie of Panic! at the Disco) for the first time at the Las Vegas award show on Wednesday. For her performance, she wore a one-sleeve rainbow sherbet, fringed sequin body suit — a custom look by her costume designer Jessica Jones — along with baby blue boots by Stuart Weitzman.

Swift’s Billboard Music Awards ensembles continued her new sweet sense of spring style that she established in her April countdown and subsequent drop of her “ME!” music video on Friday. She’s calling the new vibe a “magical, whimsical, mystical world” inspired by her fans’ “exuberance.”

“The kind of aesthetic for the music I make is usually a reflection of how I feel as a person,” Swift told Beats 1. “I’m ready to kind of do it a little bit more like I used to. I feel more comfortable.” 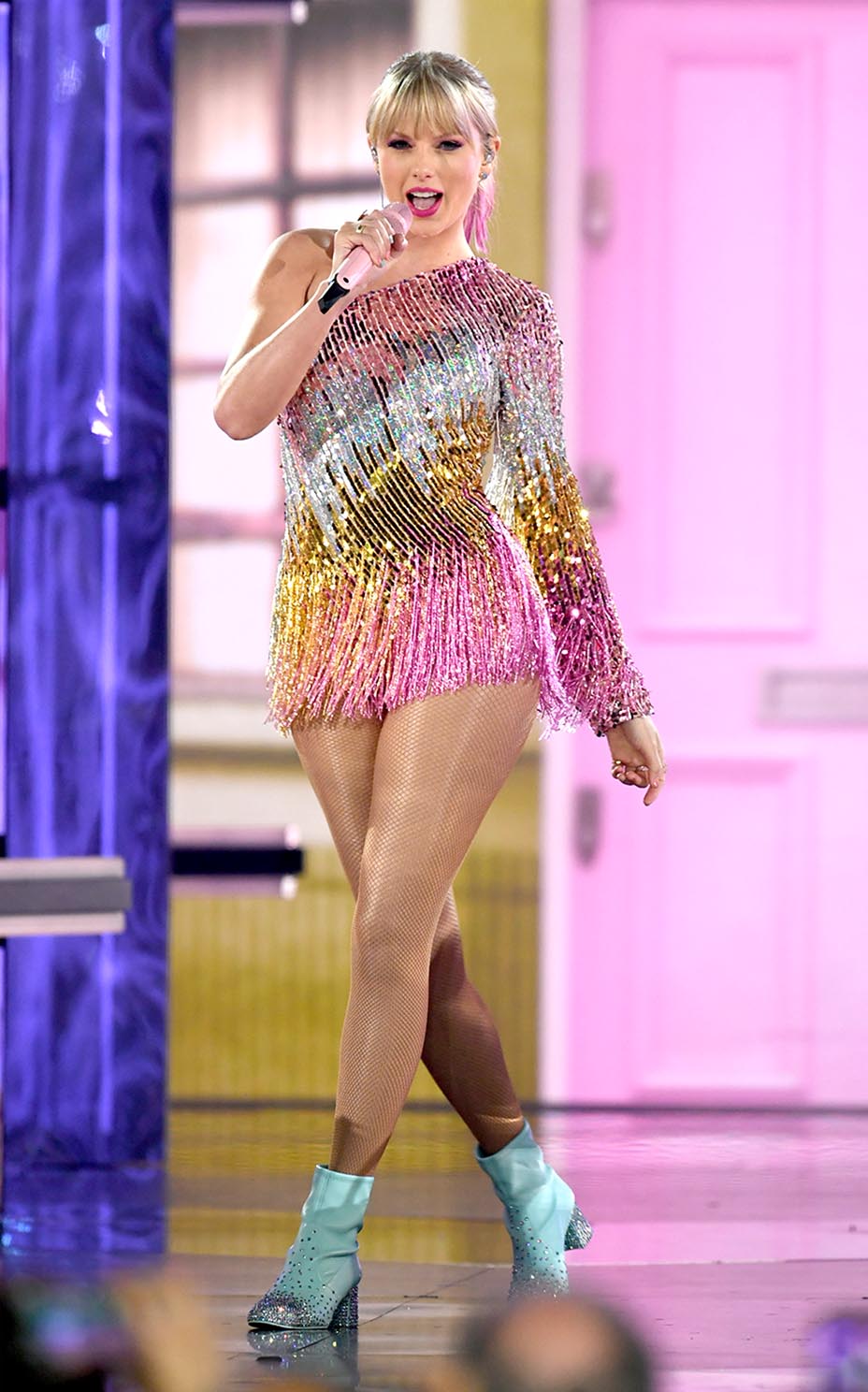 Since the 2019 BAFTA Awards, Swift has changed her Instagram aesthetic and fashion to riff off a springtime pastel color scheme with plenty of tie-dye and heart symbolism. 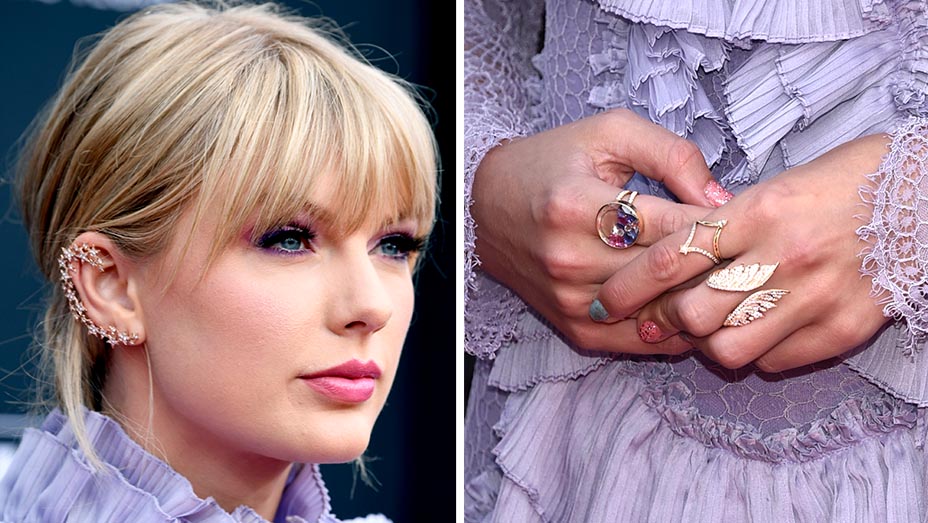 Swift’s latest look also includes several new hair changes: blue streaks in the final rainy scene of the “ME!” video, a pink bobbed wig in the marching band scene and pink dip-dye during recent photoshoots. At the 2019 Billboard Music Awards carpet, she kept her blonde hair pulled back, but switched to a ponytail that showed off her pink locks while singing on stage.

The garden fairy theme of her outfits has fans speculating that her upcoming album will relate to butterflies. Swift debuted a commissioned butterfly mural in Nashville on Thursday painted by street artist Kelsey Montague. At the opening of “ME!” a snake, representative of her prior album Reputation, bursts into a group of butterflies, known as a kaleidoscope.

“This new music is much more playful and actually inward-facing. Like when you get into this album, it’s much more about me as a person, no pun intended with the song title,” Swift said this week. “With music, I’m always trying to expand the experience from just being an audio one. If I can turn it into something that feels symbolic. … I just want to entertain [my fans] on as many levels as I possibly can.”

The Billboard Music Awards is produced by Dick Clark Productions — a division of Valence Media, the parent company of the Billboard-Hollywood Reporter Media Group.

Taylor Swift Establishes Sweet New Style for Her Next Era