At MIPCOM, the international television market that wrapped up Oct.19, there was a common theme connecting this year’s buzziest drama series.

Take La Zona, a post-apocalyptic crime drama set in Spain, that turns on a series of cannibalistic murders inside the exclusion zone set up after a Chernobyl-style nuclear incident. Or Medici: Masters of Florence, a period thriller set in 15th-century Florence starring Daniel Sharman and Sean Bean. Or Quasimodo, a new adaptation of Victor Hugo’s The Hunchback of Notre Dame, which has Game of Thrones stars Peter Dinklage and Charles Dance on board as executive producers.

The link? Every one of these series will be financed, in whole or in part, by a European telecommunications company. For decades, these companies, called telcos in industry parlance, were happy to just operate the pipes, providing services — telephone, mobile, cable TV and Internet — while letting others make the content, be it TV series or sports, that got watched on their platforms. But under increasing competition, particularly from Netflix and Amazon Prime, Europe’s telco giants — France’s SFR and Orange, Spain’s Telefonica, BT in the U.K., Germany’s Deutsche Telekom among others — are moving from pipes to production, investing in original series to drive subscriptions for their homegrown pay TV and streaming services.

The telcos have been active as buyers of mostly American TV series for quite some time now — CBS Studios International last month inked a new long-term exclusive licensing deal with Telefonica’s Movistar in Spain for its Showtime series, including Billions and the Twin Peaks reboot — but the move into originals is more recent. Movistar has pledged more than $80 million a year toward a minimum of 12 originals, mainly Spanish-language series. Orange in France has pledged $118 million over five years toward original series (in addition to the more than $150 million it plans to invest in French and European feature films). Given the companies’ size, reach and deep pockets — Deutsche Telekom had 2016 revenues of $73 billion, Telefonica of $52 billion — their shift to original content could be an industry game-changer.

“I think it makes sense for them to do this and there’s a whole spectrum of programming that is not being delivered by free-TV in Europe, a gap the telcos could fill,” says Frank Spotnitz, a showrunner whose credits include Amazon’s The Man in the High Castle on CBS and whose shingle, Big Light Productions, is producing the second season of Medici with backing from Altice Group, a subsidiary of French telco SFR. “Many of the European broadcasters, particularly public broadcasters, have failed to keep up with the younger audiences — the average viewer on some channels isn in their 60s — they have lost not just one but two generations of viewers. I think the telcos could come in and speak to those younger viewers and give them the high quality series they are used to getting from the United States.” 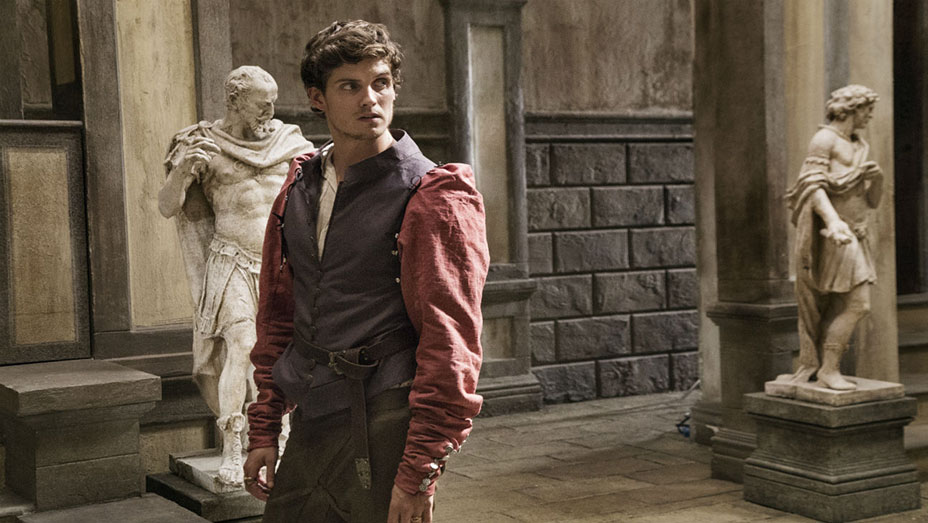 Spotnitz however, warns that money alone will not deliver the series, and viewers, the telcos so desperately want.

“The big question is will they hire the right executives to support the writers and producers and showrunners behind a common vision for these shows,” he says. “The talent is here, it exists in Germany and Italy and Spain, and obviously in the U.K. and the Scandinavian countries. It’s just the system has not been in place to support that talent to help them get their voices heard.”

At MIPCOM, there were several new systems for financing and producing series on display that hoped to tap the huge financial potential the telcos offer.

The most innovative, and potentially groundbreaking, is that of Atrium TV, the company set up by former Sony boss Howard Stringer and British television group DRG. Atrium has signed up telco partners across Europe — including Orange in France, Germany’s Deutsche Telekom, Antenna in Greece and Scandinavian platform Viaplay, along with other groups like global streamer IFlix — to commission and produce high-end television drama.

At MIPCOM, Atrium unveiled its first slate of projects, including Quasimodo, a 10-part drama Jerusalem from former Universal Television drama development boss Russell Rothberg, and the zombie action series State of Decay, based on the Xbox game of the same name, with former ABC president Stephen McPherson attached as a showrunner.

“This is a different approach than traditional broadcasters or even Netflix or Amazon,” says DRG Chairman Jeremy Fox. “All our projects are writer-led — very few even have a producer attached at all at this point. We pitch them to our partners and if enough want to commission one — if we get up to, say, 60 percent of the budget — DRG will come in to cover the rest and we greenlight.”

Fox says he hopes to be able to greenlight one new drama before the end of the year. Going forward, the Atrium model aims to deliver flagship series to telcos that, because each regional partner has exclusive rights in their own territory, they can brand as their own.

“What we are telling the telcos is that we can do something Netflix and the other (program providers) can’t do: we can brand the telcos [and] give you programming that will be exclusively associated with your service,” says Stringer.

Movistar in Spain is taking a different approach. To fight increasing competition from international players — Netflix has commissioned original Spanish-language series and HBO this year launched a streaming service in Spain and will begin commissioning local productions — Telefonica’s pay-TV arm, which has around 3.7 million subscribers, has decided to double down. The group has committed 70 million euros ($82 million) annually toward original drama series and TV movies.

“We will make 12 originals a year, so we debut one new original series or TV movie every month on the Movistar service,” says Domingo Corral, director of original fiction on Movistar. “We have to do quality, but at the same time make enough shows to be relevant.”

While the outlay is peanuts compared with Netflix’s original programming budget, which could climb to $8 billion next year, it is substantial for Spain. Netflix has just one Spanish series on air — period drama Cable Girls — and a second commissioned: the young adult murder mystery Elite. HBO has a single Spanish original in development, an adaptation of Fernando Aramburu’s epic novel Patria. At MIPCOM, Corral screened clips from no fewer than seven Movistar originals, including La Zona, the Larry David-style sitcom Spanish Shame and hit melodrama Velvet Collection. The latter, a Mad Men-esque drama set in the Barcelona fashion scene of the late 1960s, premiered on Movistar on Sept. 22 to better ratings than Game of Thrones (Movistar also carries HBO shows on its Spanish service). 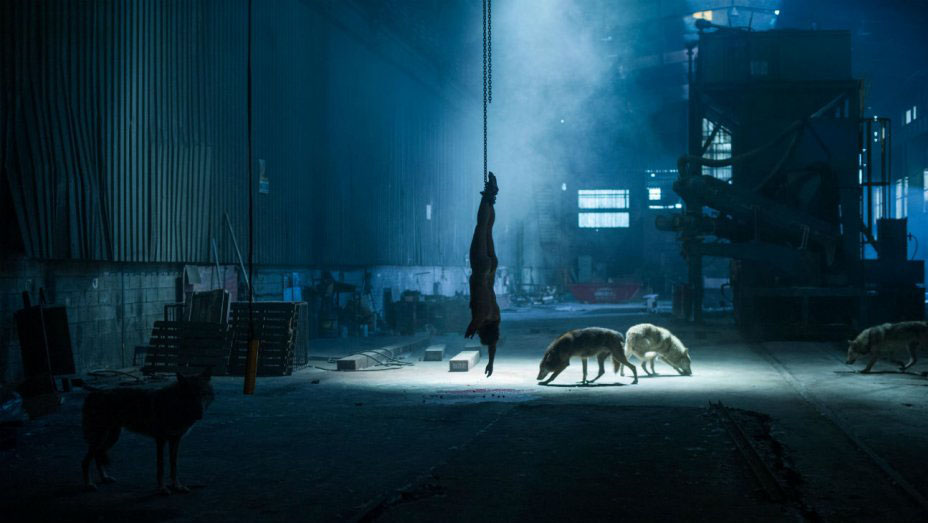 The production quality, and per-episode cost, of these telco-backed series is substantially higher than run-of-the-mill European drama. Movistar’s The Plague, a crime thriller set in Seville, where a serial killer is using the ravages of the plague as cover for murder, is budgeted at $1.8 million per hour for a six-episode season. A typical high-end drama series on Spanish free-TV would run $660,000 per hour.

Corral says the investment is necessary because Movistar’s productions will run side-by-side with the best in U.S. television and “they have to look as good or better.” What sets them apart, as with much of the telco-backed drama emerging from Europe, is their local focus. The Plague is very specifically Seville. The character of the city and its people is not a detail added on to the show but one baked into the script.

Corral says the approach comes from a recognition that regional specificity is a selling point, for both local and international audiences.

“Take the example of (Naples-set mafia drama) Gomorrah in Italy or (Copenhagen political series) Borgen from Denmark,” he says. “Those are two very local shows, very rooted in the European traditions. But because they are so good, they have become a success all over the world.”

Tim Westcott, an analyst with IHS Markit, credits Netflix and Amazon Prime for growing the market for non-English-language series internationally by bringing content “that never used to travel” to a global audience. What sets the European telcos apart from their free TV competitors, says Westcott, is their focus on series that will attract critical attention, both locally and worldwide.

“The big question for these telcos is how do you stand out among all the other offerings and original drama is a part of that,” he says. “Because many of these companies are using drama as a way of selling other services, like Internet or mobile services, ratings aren’t nearly as important as critical attention.”

Westcott notes that the investment by telcos in original drama is still tiny compared with the billions the companies have paid out for top sports rights. If their (relatively small) drama bets pay off, investment in Europe could skyrocket.

“This could mark a change in how television is made in Europe, especially if these companies are not looking to make their money off of the series they make but from other sources,” says Jan Mojto, whose production and sales outfit Beta Film is a co-producer on Medici, La Zona and The Velvet Collection. “But the key will be making a hit. The person who delivers the first series that works in three European countries — he will be king.”