For the first time, half of all TV episodes were helmed by women or directors of color, the Directors Guild of America revealed Tuesday in its latest Episodic Television Director Inclusion Report covering the 2018-19 season. That number was up from last year’s prior high of 42.5 percent, and from 21 percent five years ago.

“Inclusion has been a priority of our Guild for a very long time as we’ve pushed the studios, networks and producers to do better in their hiring,” said DGA president Thomas Schlamme. “While change had been glacial in past years, we’re pleased and incredibly encouraged to see the recent commitment undertaken by the industry.”

The study examined over 4,300 episodes, a figure that was down from 4,400 the year before and from a peak of 4,500 episodes in 2016-17. The guild said the decline was due primarily to a decline in basic cable scripted series and the continuing trend of short seasons. 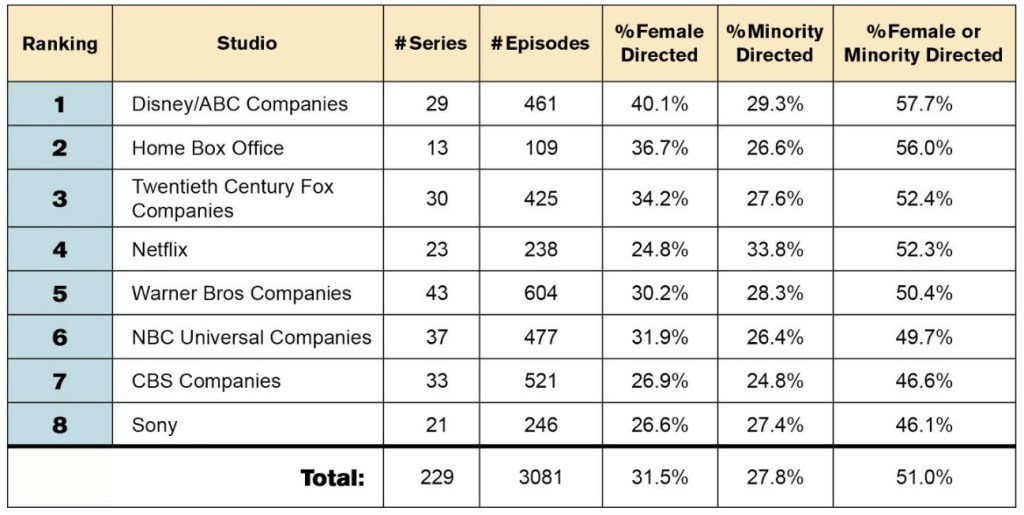 The DGA also looked at trends in first-time TV director hires, as these represent a pipeline to directing careers. In the 2018-19 season, employers hired 227 directors who had never helmed episodic television. The percentage of these first breaks going to women directors hit a new high of 49 percent, up from 41 percent and 33 percent in the two prior seasons.

The story for directors of color was essentially static: 29 percent, down from last year’s high of 31 percent but up from the 27 percent high water mark achieved two years ago.

The guild continued to be critical of the practice of employers giving helming gigs to non-directors on series, such as actors, writers and others.

“Producers hold in their hands the power to grant an opportunity that can set up an aspiring TV director for a lifelong career doing what they dreamed of,” said Schlamme. “We still have a lot of concern over the underlying hiring practices that reduce the number of jobs available to budding and experienced directors alike. The heart of the issue is that producers aren’t factoring in that every job given to someone who does not pursue a directing career equals an opportunity withheld.” 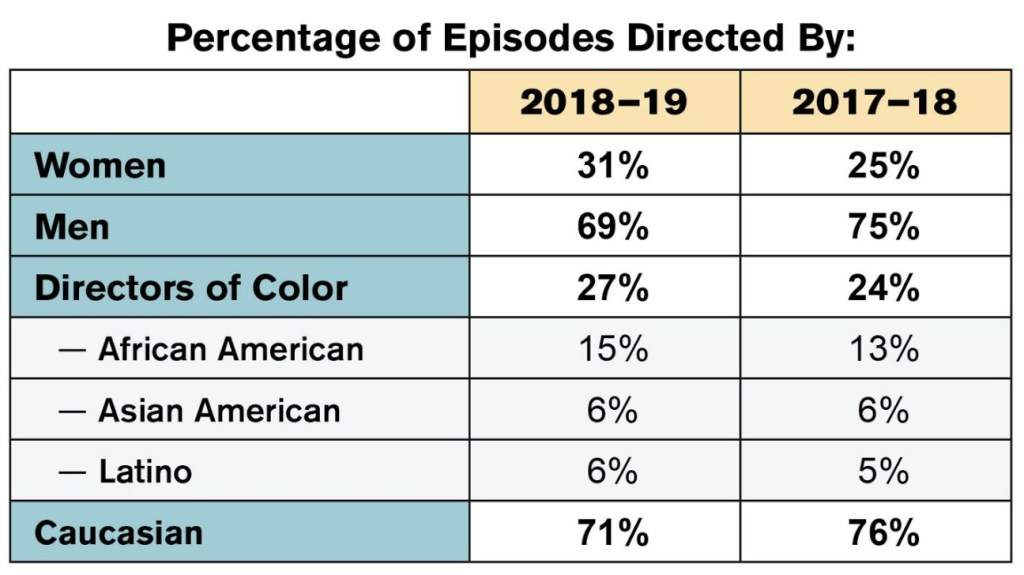