The distinctive silent three-finger salute seen throughout the Hunger Games books and movie franchise has become the leading symbol of defiance in ongoing anti-government protests in Thailand.

Thai demonstrators are into a ninth month of protests against the government of Prime Minister Prayut Chan-o-cha, which have included demands for reform of the Thai monarchy and an end to corruption. Global television coverage of the Thai protests as well as social media is awash with the sight of thousands of silent masked people raising the three-finger salute at demonstrations.

The salute first appeared in protests in 2014 after a military coup overthrew the Thai government, with the junta attempting to ban the gesture with little success. In 2020, the three-finger salute has really taken hold and has added significance as it reflects the three demands of protestors: the dissolution of parliament, ending intimidation of the people, and the drafting of a new constitution.

Much like the Guy Fawkes mask from 2005’s V for Vendetta became a symbol of Occupy Wall Street and Arab Spring protests in the early 2010s, the Hunger Games’ salute has become something of a go-to symbol for youth-led protests in some Asian countries. The salute has been used by student protestors in Hong Kong during last year’s pro-democracy protests that paralyzed the city as well as by anti-China activists in Taiwan. Youth protest groups from Thailand, Hong Kong and Taiwan are part of an online movement dubbed the Milk Tea Alliance, named after the drink and its relative popularity in each country.

In Suzanne Collins’ Hunger Games novels as well as Lionsgate’s four-movie franchise, the three-finger salute begins as a sign of respect, admiration and saying goodbye, a gesture unique to lead character Katniss Everdeen’s home of District 12. As the story progresses and Everdeen bests the deadly Hunger Games and wins over ever more districts to her side, the salute becomes an act of defiance and solidarity against the tyrannical and totalitarian leadership of District 1. 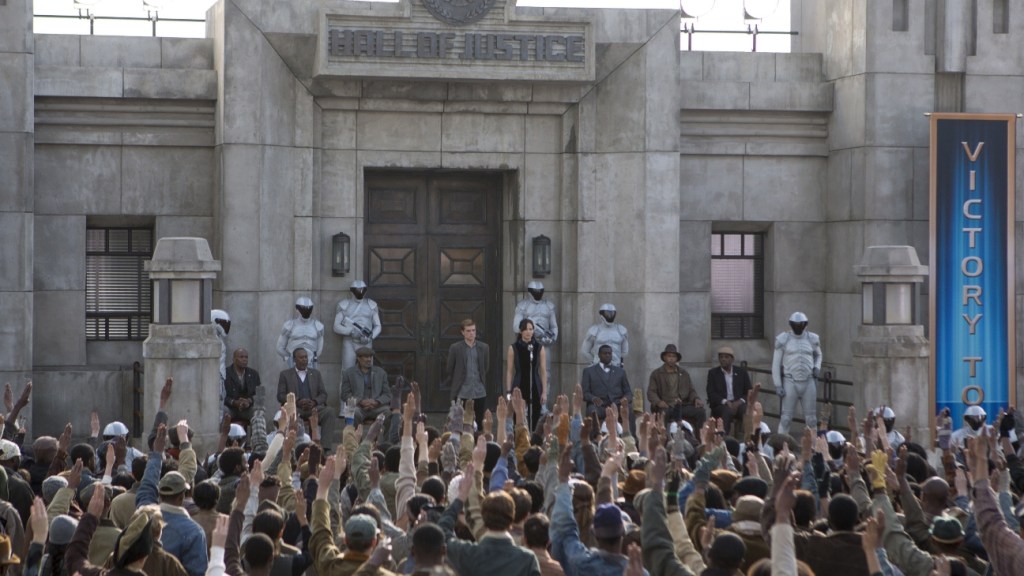