The Bachelorette kicked off its “most dramatic season ever” in similarly dramatic fashion on Tuesday night, hosting its first-ever premiere at The Grove in Los Angeles.

The drive-in event, put on in conjunction with ABC, PopSugar and YouTube TV, saw more than 100 cars come out to watch Clare Crawley’s journey play out on the big screen, with Bachelor alum Peter Weber, Kelly Flanagan, Becca Kufrin, Kendall Long and Becca Tilley also in attendance. Guests — who were required to wear masks, had temperatures taken and answered a series of COVID-19 safety questions upon arrival — were given bags of show swag, the franchise’s signature red roses, and snacks delivered by men in suits, reflective of the show’s first-night attire. The premiere event also included an in-vehicle photo station, on-screen trivia and a DJ spinning tunes from the rooftop of The Grove parking structure.

Ahead of the showing — which began at 7 p.m., an hour before it went live on the West Coast — Crawley appeared in a video message to tell the audience, “This was honestly the experience of a lifetime and I cannot wait for you guys to watch and see how it all turns out.” Host Chris Harrison also sent in a video greeting, saying he wished he could be there in person (he is currently on set for Matt James‘ season of The Bachelor, which recently began production), but “tonight we get to see Clare begin her journey to find love and you are not going to want to miss what unfolds.” 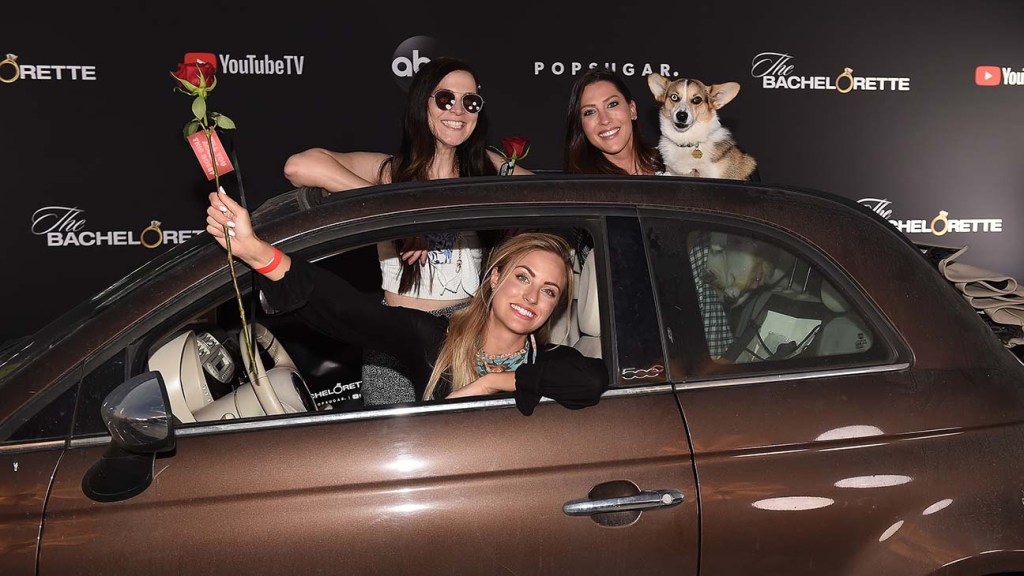 Crawley, who was runner up on Juan Pablo’s season and has since made three other franchise appearances, filmed her season in a quarantined bubble at La Quinta resort in Palm Springs, Calif, amid the coronavirus pandemic. After quarantining at home, the cast and crew traveled out to the resort, where they remained in isolation until they were cleared after multiple COVID-19 tests, as the season premiere highlighted in detail.

In what Harrison has repeatedly teased as the most dramatic season ever (which may actually be true this time), trailers shown throughout the premiere indicate that Crawley’s road to a happy ending will be … dramatic. In future footage, Harrison tells Crawley that she has “blown up” the show and one contestant is seen asking, “Do we get a new Bachelorette in here?”

Despite shooting in a bubble, news still leaked about a reported major shake-up ahead. The reports, stemming from franchise blogger Reality Steve, indicate that Crawley ends her journey early after finding love, and another past contestant is brought in to finish the show. And even though the trailers lean into that storyline, ABC and Warner Bros. haven’t commented. “Some of it’s true; some of it’s not true,” Harrison has told THR about the reports. (“In the 18 years I’ve been doing this show, we’ve never dealt with anything like this,” the host teases in one trailer.)

The Bachelorette airs Tuesday nights at 8 p.m. on ABC.