This is a bad news, good news scenario.

First, the bad: Eric Powell, the creator of cult-favorite comic The Goon, is taking a break from his indie Eisner-winning title after just putting out the latest issue (that would be issue 13, which dropped on March 10).

But here’s the good: The break is due to Powell focusing on his magnum opus, a 200-page graphic novel titled Did You Hear What Eddie Gein Done?

The book is a true-crime story on the man whose horrific acts gripped America in the 1950s and served as inspiration for movies such as Psycho, The Texas Chainsaw Massacre and The Silence of the Lambs. Powell is collaborating with author Harold Schechter, considered an expert in the field of serial killers and who wrote the Gein biography titled Deviant.

“Even as a kid who grew up in the ’80s, the story of the 1950s ghoul was a topic in school,” Powell tells The Hollywood Reporter regarding his interest, maybe obsession, with the killer. “How there was really a guy they based Psycho and Texas Chainsaw Massacre after. The scenario that created this sad figure who committed these terrible crimes has fascinated me ever since.”

He added: “And when my favorite true-crime author and Gein expert, Harold Schechter, enthusiastically agreed to work with me on a project, it was a dream (nightmare?) come true. The best part is we have a really unique take with in-depth information. I’m really proud of this book and I think anyone also intrigued by the darker aspects of the human psyche is really going to enjoy it.”

Powell is gearing up for the mass market release of the book in July but in April is launching a Kickstarter for a Did You Hear signed paperback special edition of the book with a cover by acclaimed artist William Stout, a hardcover edition with a Kickstarter exclusive dust jacket by Powell, limited edition prints and more.

But for now, enjoy a sneak peek of the first six pages of the graphic novel. (And, Goon fans, don’t worry, Powell will return to his popular series in due time.) 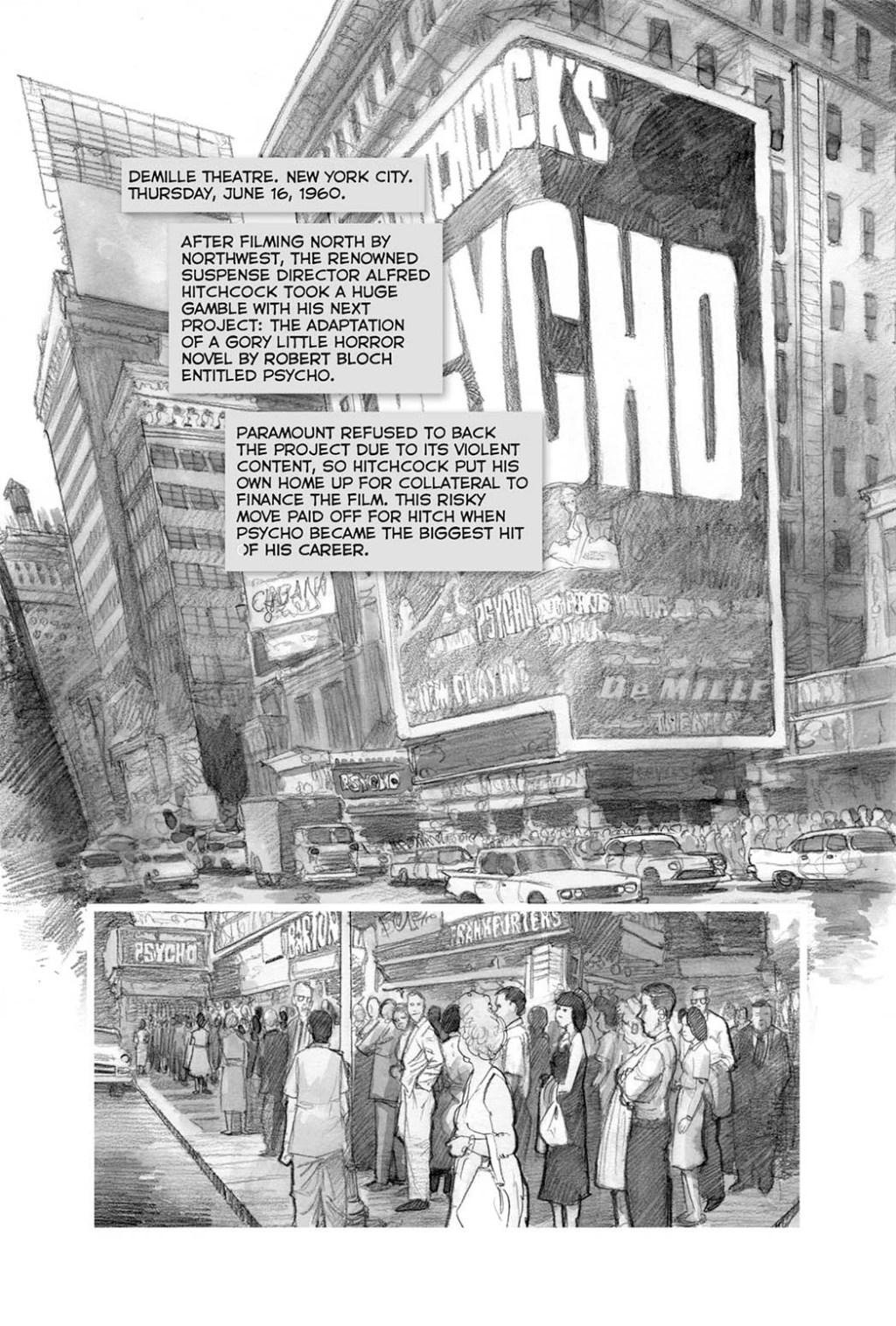 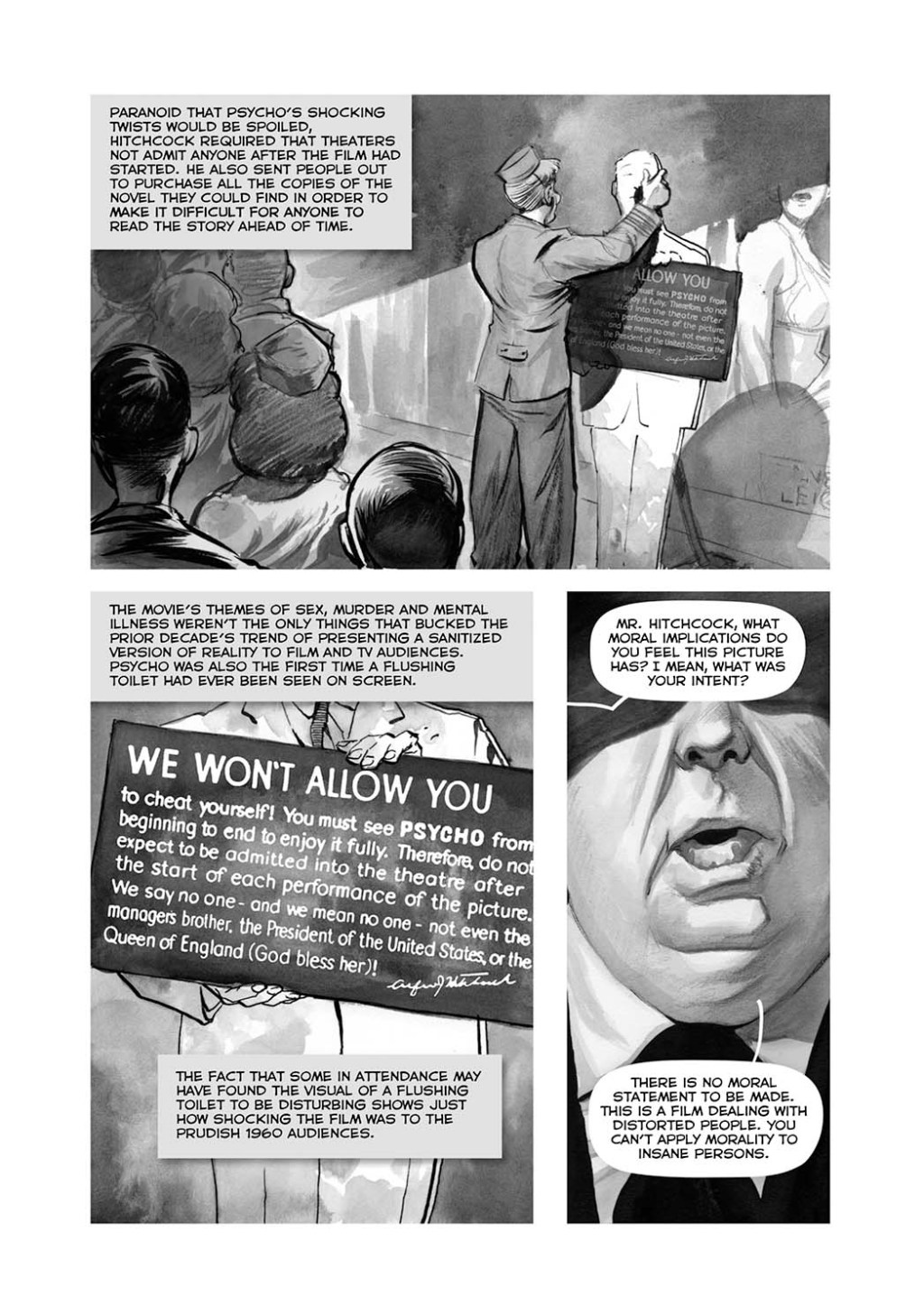 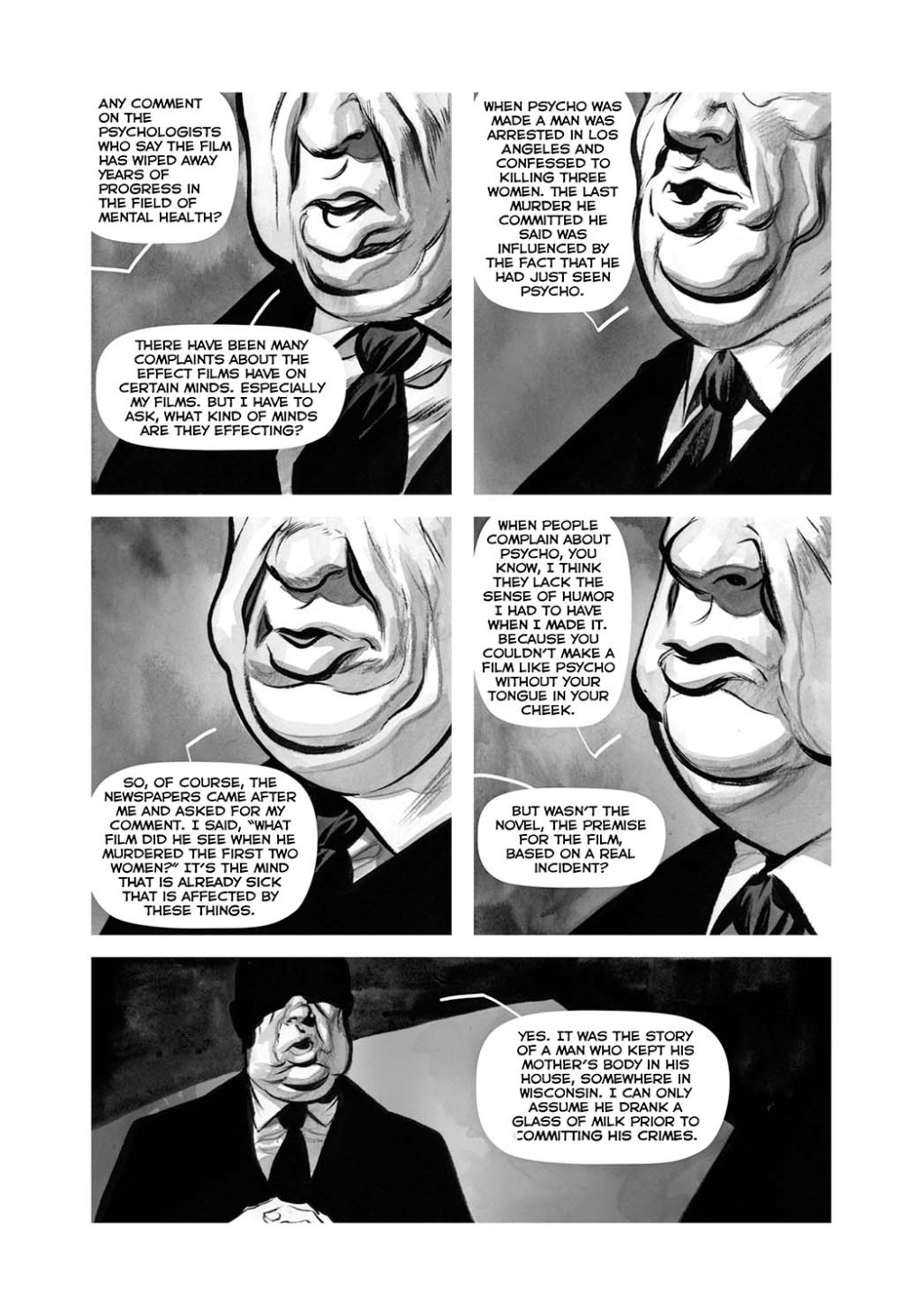 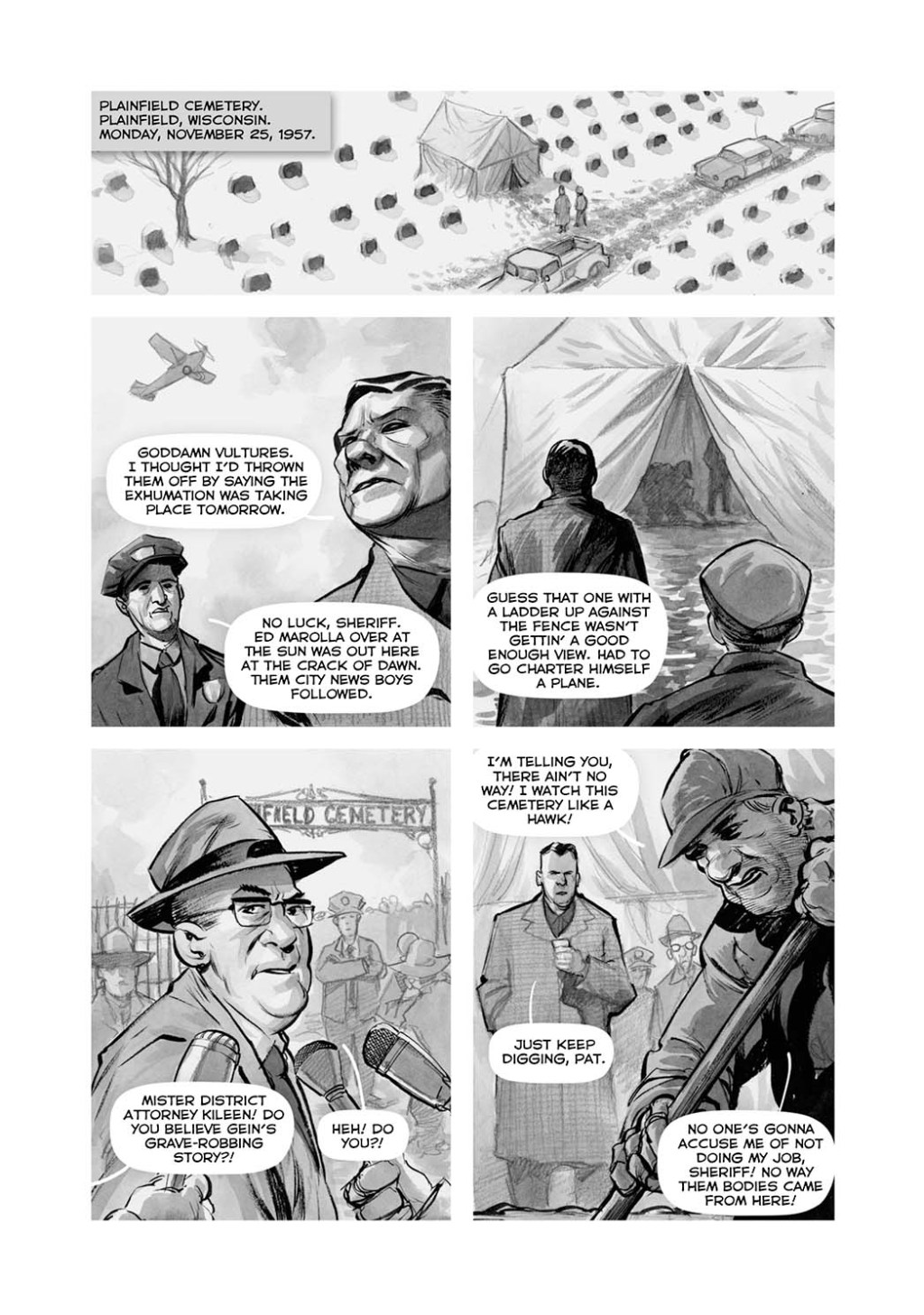 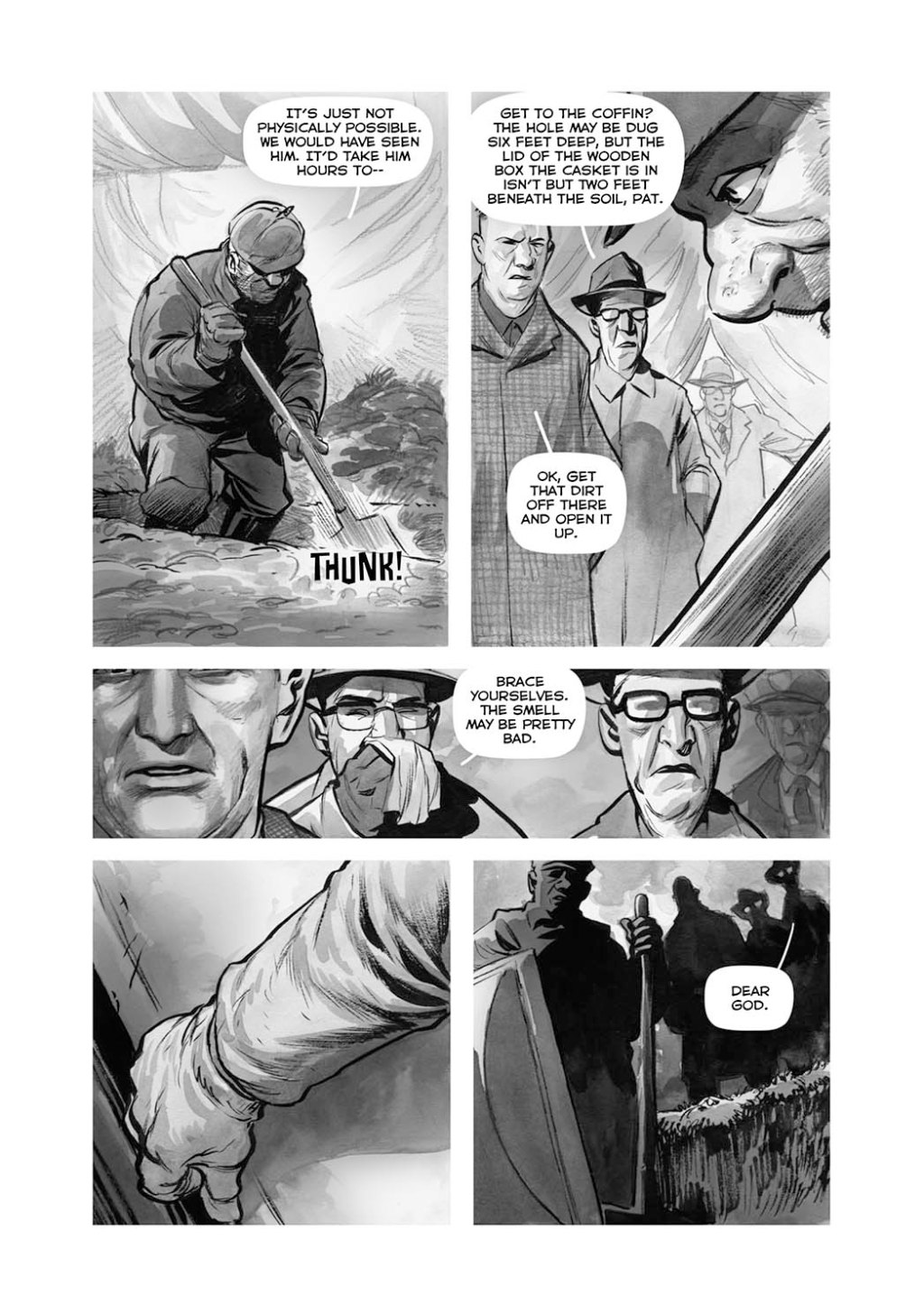 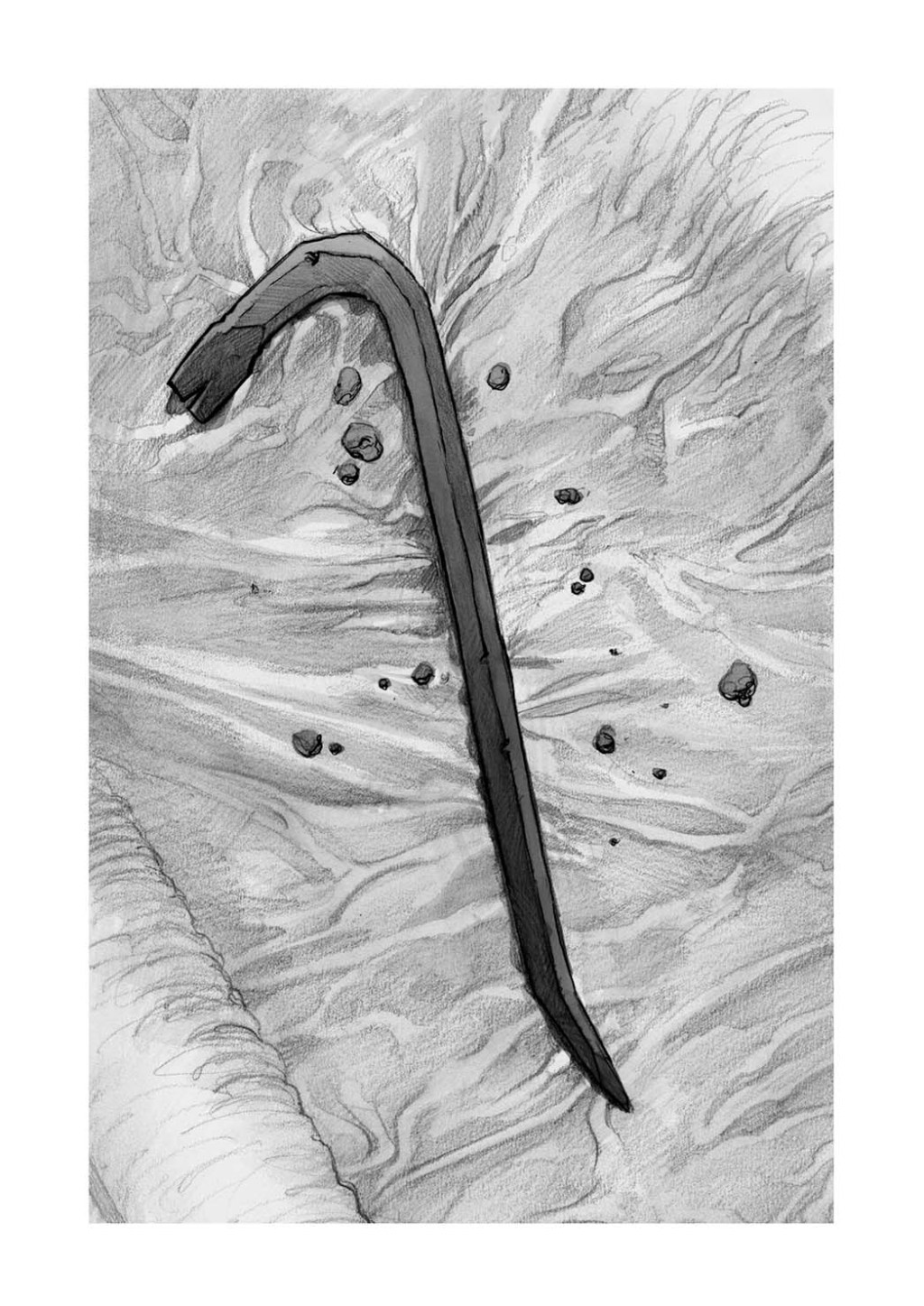