From new games, to podcasts and books about games, to game-focused conferences, the month of August is continuing on a high note around the world.

In New York, the Play NYC convention just concluded its week of demos, tournaments and talks. Among them, the Graffiti Games initiative highlighted Black developers including Cara Hillstock and Andrew Augustin, who The Hollywood Reporter caught up with to discuss building a playable demo in 4 weeks. Meanwhile, Jennifer Ann’s Group offered a look at its mission of preventing abusive behavior through prosocial video games, and founder Drew Crecente shared his personal story.

Meanwhile, 32 game studios in Brazil are currently attending Devcom Digital, a Gamescom-adjacent event running from Aug. 17-30. Included in the program, Druzina Content will be showcasing its latest tower defense game Silo and auto-runner platformer Winged, which blends together literature and games. The studio will also be teasing their documentary Game Girls, which explores the roles of women and girls within the global games and esports industries.

Among this week’s releases is Night School’s latest exploratory space adventure and a slew of titles from the Indie Games Showcase. Dig in.

Make Long Haul Deliveries Across the Galaxy in Next Stop Nowhere

Night School, known for the supernatural mystery Oxenfree and adventure game Afterparty, released its latest title Next Stop Nowhere exclusively on Apple Arcade this week. Set in an aesthetically pleasing version of space, the game is a “road trip” adventure following a mellow courier named Beckett who meets hot-headed former bounty hunter Serra in a bar and learns that her son needs saving immediately.

“The crux of the idea was really like, how can we do a playable Americana road trip, but do it in an environment that’s not the typical route 66 type of a vibe,” Sean Krankel, founder of Night School, tells The Hollywood Reporter. “We circled around a few different destinations, one version was quite Mad Max-y, another version was in an afterlife, which — we were intermingling ideas of what Afterparty started to turn into — but space became this perfect thing when we landed on it, because we can create the great American road trip, but do it in a place you would never expect it.”

He adds that it was a priority to include small, personal touches in the game, the kind one would actually experience on a road trip, such as stopping at a gas station to refuel and waiting for someone to come out with snacks.

“The next idea I think that bubbled up and became the core of the idea was to do a playable romantic comedy,” Krankel says, adding that there was also an interest in an “odd-couple” dynamic — for that, he brings up Pineapple Express. “How can I be paired with somebody who’s very different from me, and see how that relationship unfolds — it can be very prickly, or it can be very loving, and everything in-between.”

Serra is a key character in the game, and one that, Krankel explains, “has a much more adept ability to move through the dangerous outland that we’re in.” Meanwhile, Beckett is older and established in his life, but thrust into an abnormal situation. The team wanted Beckett to have a partner, like a dog or a best friend, that can be an “interesting third leg to the tripod of characters” once Serra comes into his life. Thus, Cody entered the picture. He’s a starship, but Krankel describes him as a cross-between “the Millennium Falcon and a bad Winnebago.”

With the character of Cody, the team were able to achieve the breaking of the “fourth wall,” for example, Cody will notice if your pulse is quickening because Serra is in the room, or can be aware of more mundane things inside of himself [the starship], like the bathroom or the coffee maker. “Cody has always been the dog and the ship and the home all at once,” Krankel says.

While Night School’s other games have been centered around communication, and, as Krankel puts it, “slowly paced navigation on top of that communication,” Next Stop Nowhere was all about plotting a course and hitting focused points. “The flight sequences need to be simple and exciting and not be off-putting to somebody who’s playing this game for the story, but also have enough challenge that you can fail them.” Everything had to be in service of the story, and making the story better.

In terms of the art style, Krankel explains that this game could have initially been very different, with rusty-looking spaceships against an epic expanse of darkness, but then the team pivoted to a different direction. “Why can’t space be pink and green and have the characters color palettes shift with these different locations,” he says. “We came up with a simpler and more striking look and feel I think, as a result of just the challenges of making a space game.”

Krankel says he has always been obsessed with games, but his path into the entertainment industry was initially through an internship on a soap opera. He went on to work at Universal Interactive in the “late Crash Bandicoot” days, and then started Night School in 2014. “I’ve been a gamer my whole life, but I’ve also been quite obsessed with story in games.”

Nintendo released its Indie World Showcase on Aug. 18, showing off over 20 games coming soon to the Switch console. Among them was Spiritfarer from Montreal-based collective Thunder Lotus, which is billed as “a cozy management game about dying.”

Players take on the role of Stella, a ferrymaster to the deceased. The goal is to build a boat to explore the world, where you will befriend spirits and care for them until they reach the afterlife. While the subject sounds heavy, there is an incredible sense of joy within the game as you make personal connections with other characters, monitor their moods, embrace them, find out what kind of food they like to eat in the morning, whether or not they like to eat popcorn two days in a row and how they take their coffee. Also, the art and aesthetically pleasing geometry could just be stared at on its own. 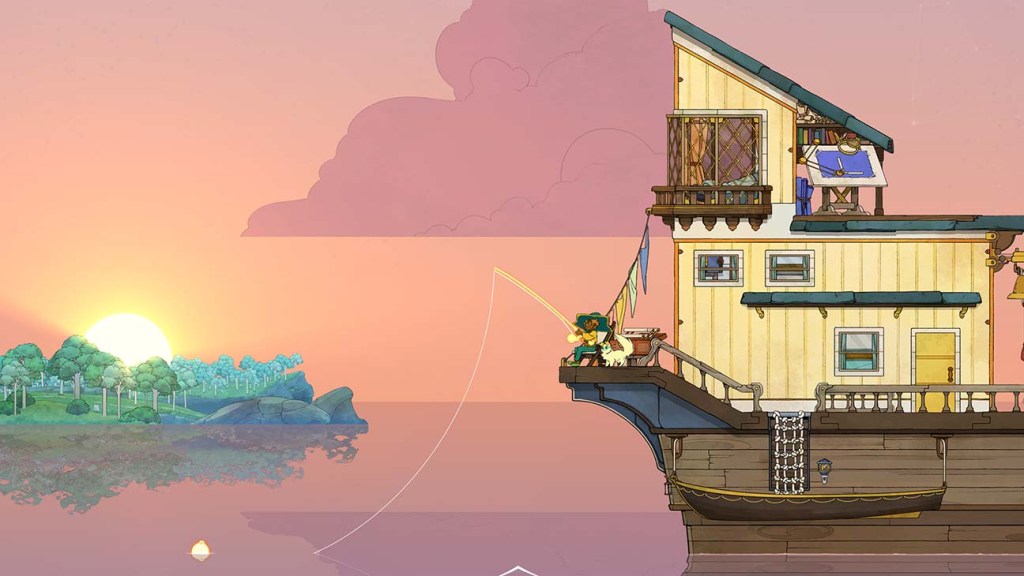 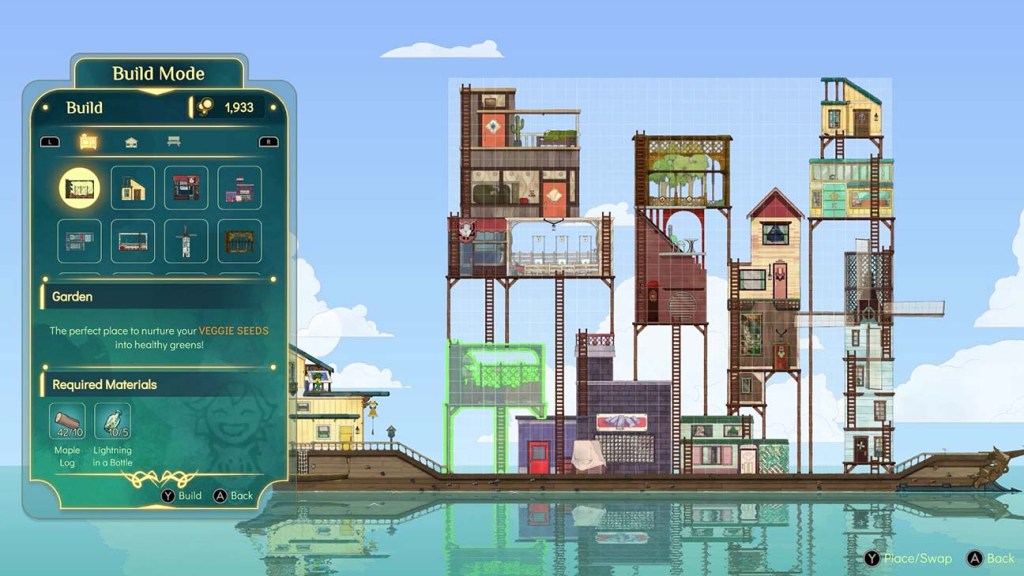 The showcase also revealed that The Untitled Goose Game from Australian developer House House has a free multiplayer update arriving Sept. 23. In addition, the physical edition of the game will be arriving soon for the Switch.

Elsewhere in the presentation, it was revealed that Adam Gryu’s short adventure game A Short Hike, which first surfaced in 2019 and won the Seumas McNally grand prize at the Independent Games Festival Awards, has been released on Nintendo Switch.

It only takes about an hour and a half to play through the main story, which, if you’re a fan of Wide Ocean, Big Jacket (that we talked about last time), you will most definitely enjoy.

If you missed the Showcase, experience it below.

I played Bite the Bullet — from developer Mega Cat Games, which describes it as “the world’s first Run & Gun & Eat” — at last summer’s MIX Indie game showcase during E3. At the time I wrote, in part, that Bite the Bullet “takes all the weirdest stuff from the Metal Slug games — eating too much food and getting fat, turning into a zombie — and triple-distills them into purest run-and-gun ether. But it’s also a brawler. But it’s also a Metroidvania. But it’s also a roguelite. And there’s crafting and weapon upgrading and a skill tree that advances based on the types of foods you eat.

It’s probably easier to say what genres this game is not. … There’s a bazooka that fires hamsters. At the end of each stage, you barf onto a scale for points. I’ve mentioned exactly none of the 10 oddest things about this game.” I stand by all of it. The only thing I have to add, at this point, is that the game was finally released on PC and consoles on Aug. 13. The price, $14.99, is about that of a meal at your average fast-casual eatery.

There are many video game podcasts, from the well-known Giant Bombcast to the fairly new Game Developer’s Conference Podcast and the not known, yet brilliant Psychology of Video Games Podcast, but there can never be too many and the time has come to welcome a new one from Studio71.

Preloaded is hosted by YouTubers Jackson Van Over (Jayvee) and Josh Finderup, who break down the week’s gaming news.

Below, the debut episode dives into the Halo Infinite delay and PS5 vs. Xbox Series X console wars.

Coffee Table Book About the Art of Indie Games

It goes behind the scenes into the studios behind major titles, from Team Cherry (Hollow Knight) to Giant Sparrow (What Remains of Edith Finch) to Playdead (Limbo, Inside). Available here.

Pete Keeley contributed to this column.