That fleet of white Rolls-Royces shuttling between Caesars Palace and the Bellagio during CinemaCon?

They were provided by Rolls-Royce North America to Forrest Films, a new distribution company set up by oil tycoon Forrest Lucas and Ali Afshar, a race car driver turned producer, who used them to lure exhibitors from the event at the Palace to their Bellagio suite, where they pitched upcoming projects.

A pair of Rolls Royce rides — a Rolls Royce Dawn and a Rolls Royce Phantom (with a combine value of about $1.2 million) — chauffeured executives from companies like AMC, Regal Cinemas and Cinemamark. “It set us apart as we were the only ones providing ultra-luxury vehicles for our guests and treating them like royalty,” Afshar tells THR. “Who doesn’t want to have the nicest cars in the world driving you around Sin City.”

Luxury rides aside, Forrest Films capped off a busy convention pitching films including the action film Ride, the drama Bennett’s War, a romantic piece titled Roped, American Fighter, Lady Driver, the thriller The Stand at Paxton County and Wheels of Fortune. The company’s credits include American Wrestler: The Wizard and Dirt. 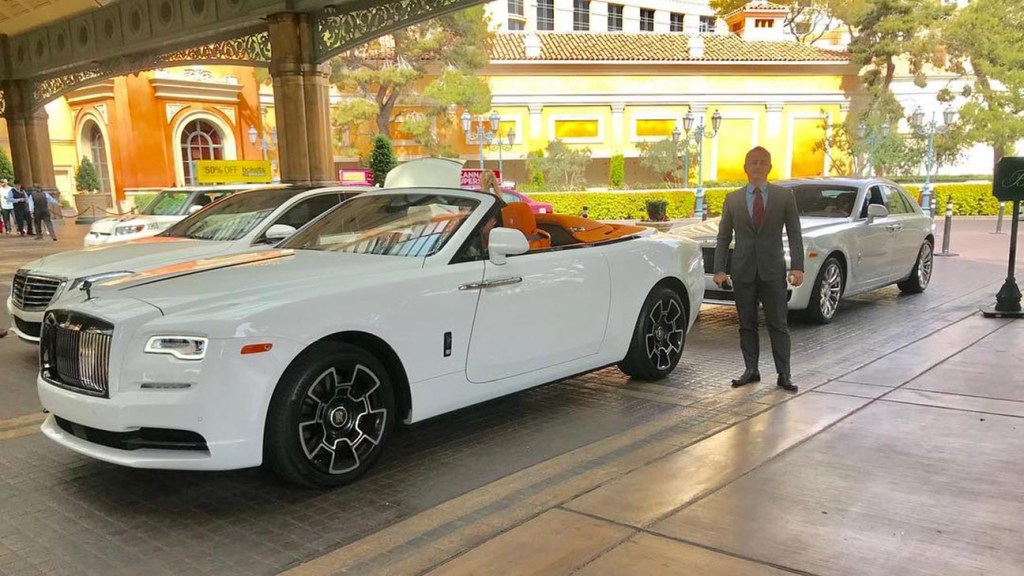