Thom Browne, the visionary menswear maker that put LeBron James and his teammates in short pants, has a new owner.

Italian heritage menswear giant Ermenegildo Zegna Group has purchased 85 percent of the company, it was announced Tuesday, with a valuation of a half-billion dollars. Thom Browne himself remains the only other shareholder, with 15 percent.

In addition to Ermenegildo Zegna (the Hemsworths and Skarsgards are fans), the Zegna Group oversees Z Zegna and Agnona Womenswear, and produces its own lush suiting fabrics in its family-owned mill in the Italian town of Treviso, north of Milan. Over the last century, those fabrics have found their way into many top fashion labels, including Tom Ford and no doubt soon, Thom Browne.

After working for Giorgio Armani and Ralph Lauren, Browne started his namesake label in New York in 2007, earning a reputation for twisted haberdashery that pushed the envelope of traditional men’s attire. He launched womenswear in 2013, dressing Michelle Obama for her husband’s second inauguration. In recent years, he’s dressed Ryan Murphy, Tessa Thompson and more.

After the acquisition, Browne’s business will remain independently run, with the designer continuing as chief creative officer and Rodrigo Bazan as CEO. The deal was agreed upon “in a privately negotiated manner with [Ermenegildo Zegna], Thom and I,” says Sandbridge Capital’s Ken Suslow.

“I am very proud to oversee a rare major investment by an Italian luxury player in an American company. I have always been a strong admirer of the United States, and look forward to our strengthened presence here,” Zegna said in a statement. He added that since the company began looking for partnerships, “I always knew that Thom Browne would be the perfect fit.”

Zegna continued, “Most importantly, we share the same passion for excellence and impeccable, modern tailoring. Thom’s visionary approach and his unique point of view have enabled him to build and nurture the most loyal clientele.” 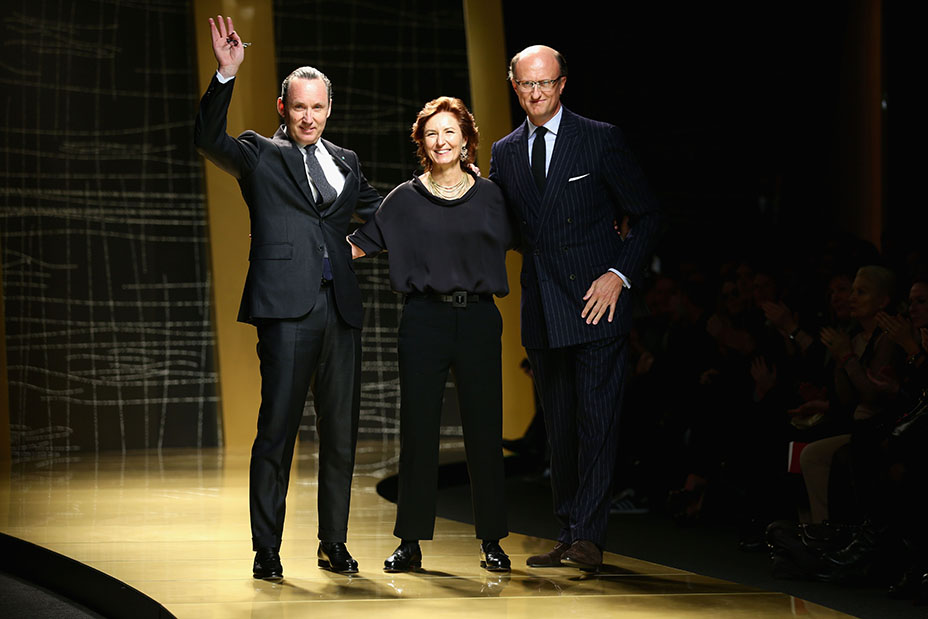 For his part, Browne is also “proud and excited” for his new co-owner. “I feel that their passion for only the best quality and craftsmanship is very much aligned with how I have always approached my collections. … My conceptual approach to design and the long-term vision of growing a true luxury design-led collection for men and women is something we both feel strongly about as the future strength of Thom Browne.”

It’s not known whether he will take on any role designing for Zegna, though Browne has collaborated with Brooks Brothers and Moncler in the past.

“Thom is a uniquely talented visionary — his enduring commitment to building a modern American luxury house dedicated to the finest craftsmanship and tailoring is truly inspiring,” Suslow added in a statement. He believes Zegna is “the ideal partner” for the Thom Browne brand, and therefore “did not engage with other interested parties.”