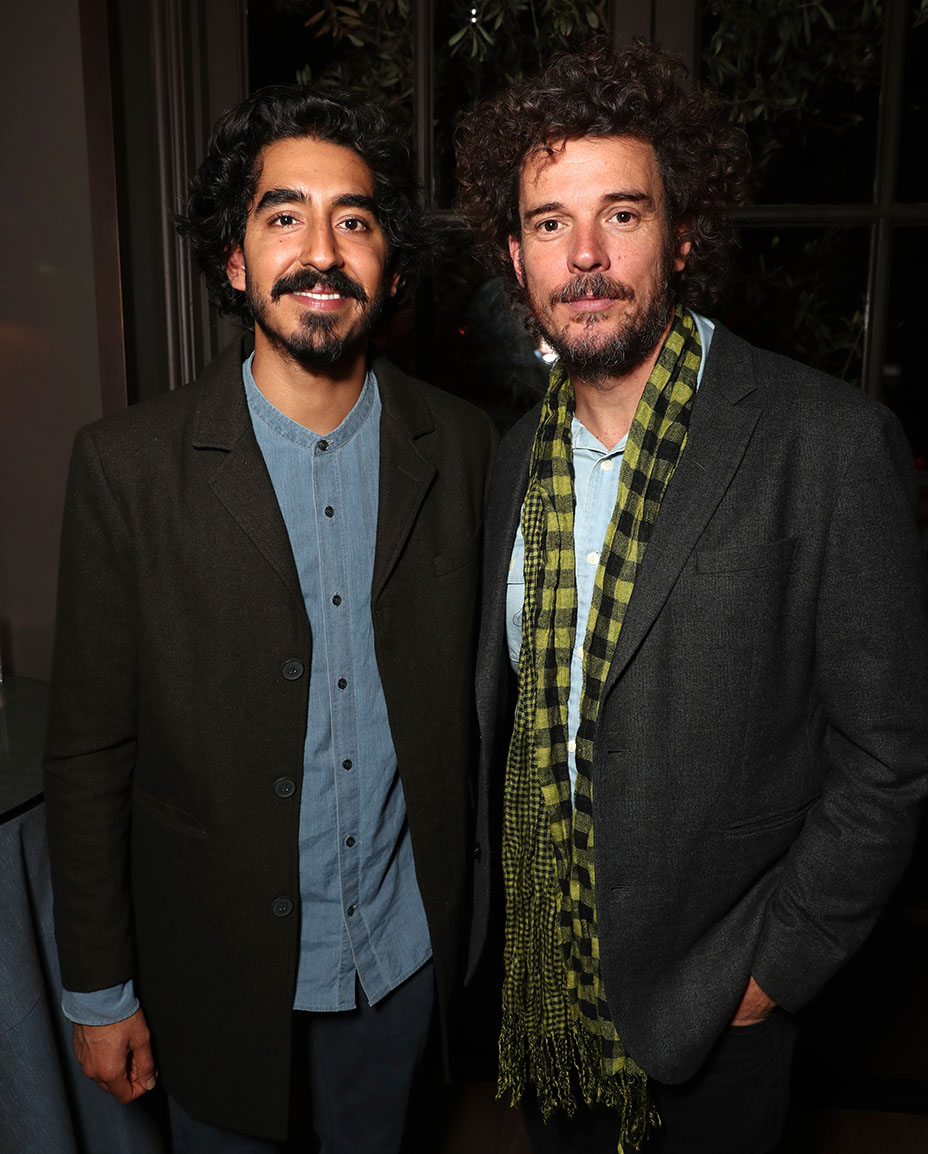 Timberlake, who sported a suit by designer Tom Ford, is a first-time Oscar nominee for his song “Can’t Stop the Feeling” from the animated feature Trolls. The singer/actor dished to The Hollywood Reporter’s awards analyst Scott Feinberg on the blue carpet about his plans for the big night. “We’ll try to sneak a flask in,” the star said.

While Harris was undoubtedly excited for her Oscar nomination, she did divulge that meeting Timberlake earlier that day was also a big moment. “I was with my best friend and we were like, ‘Oh my God,'” the actress shared with THR.

Inside, guests dined on a sampling of sushi, sipped signature cocktails from martini glasses and champagne flutes and mingled near a roaring fireplace. The party may have been a bit too raucous for Dunaway, who was spotted hopping into an Uber early in the night.

Janice Min, outgoing president and chief creative officer of The Hollywood Reporter-Billboard Media Group, chatted with Huppert, while editorial director Matthew Belloni was seen in a booth with Timberlake and Abdul-Jabbar. 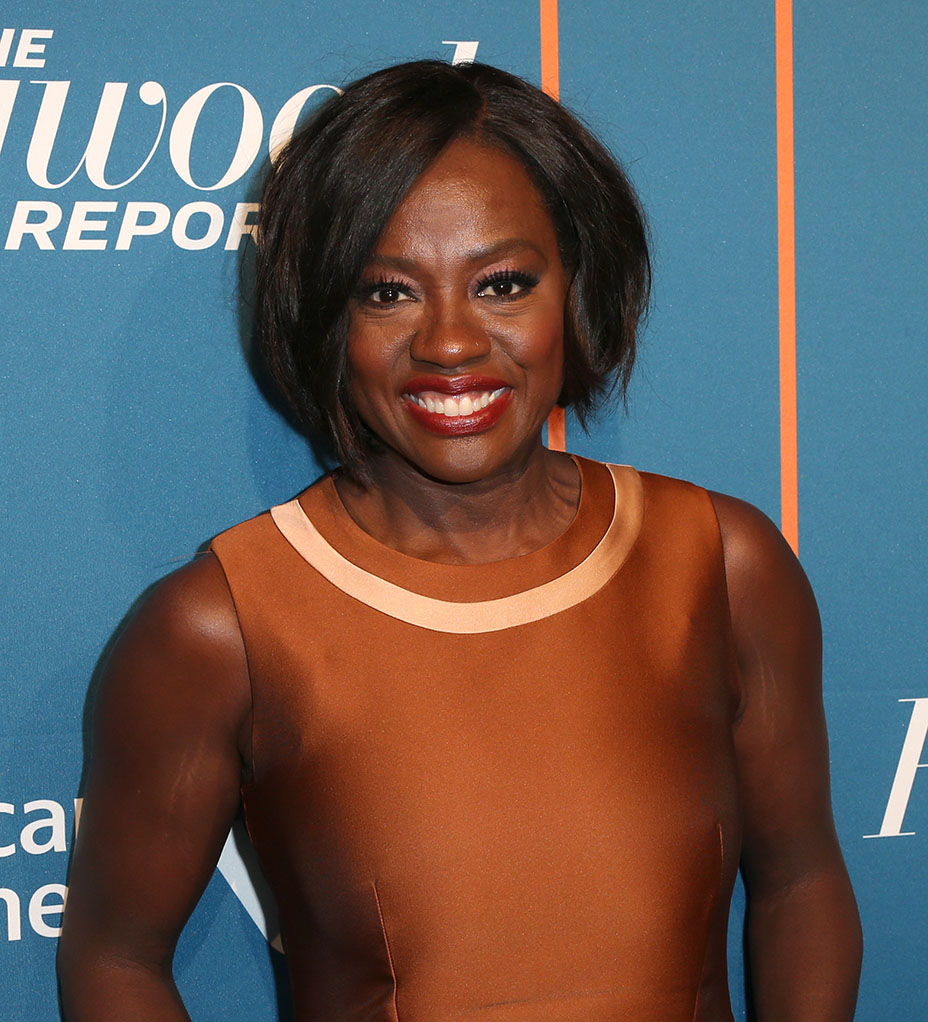 Hollywood Actresses Now Cupping Their Faces in Countdown to Oscars

Min and Belloni introduced an acoustic performance by R&B star and Grammy nominee Aloe Blacc, who rocked the crowd with a set including his hit songs “I Need a Dollar,” “The Man,” and “Wake Me Up.” Blacc joins a list of past performers at the soiree that includes Sam Smith, who performed at last year’s event, Cee-Lo Green, Snoop Dogg and Karen O. 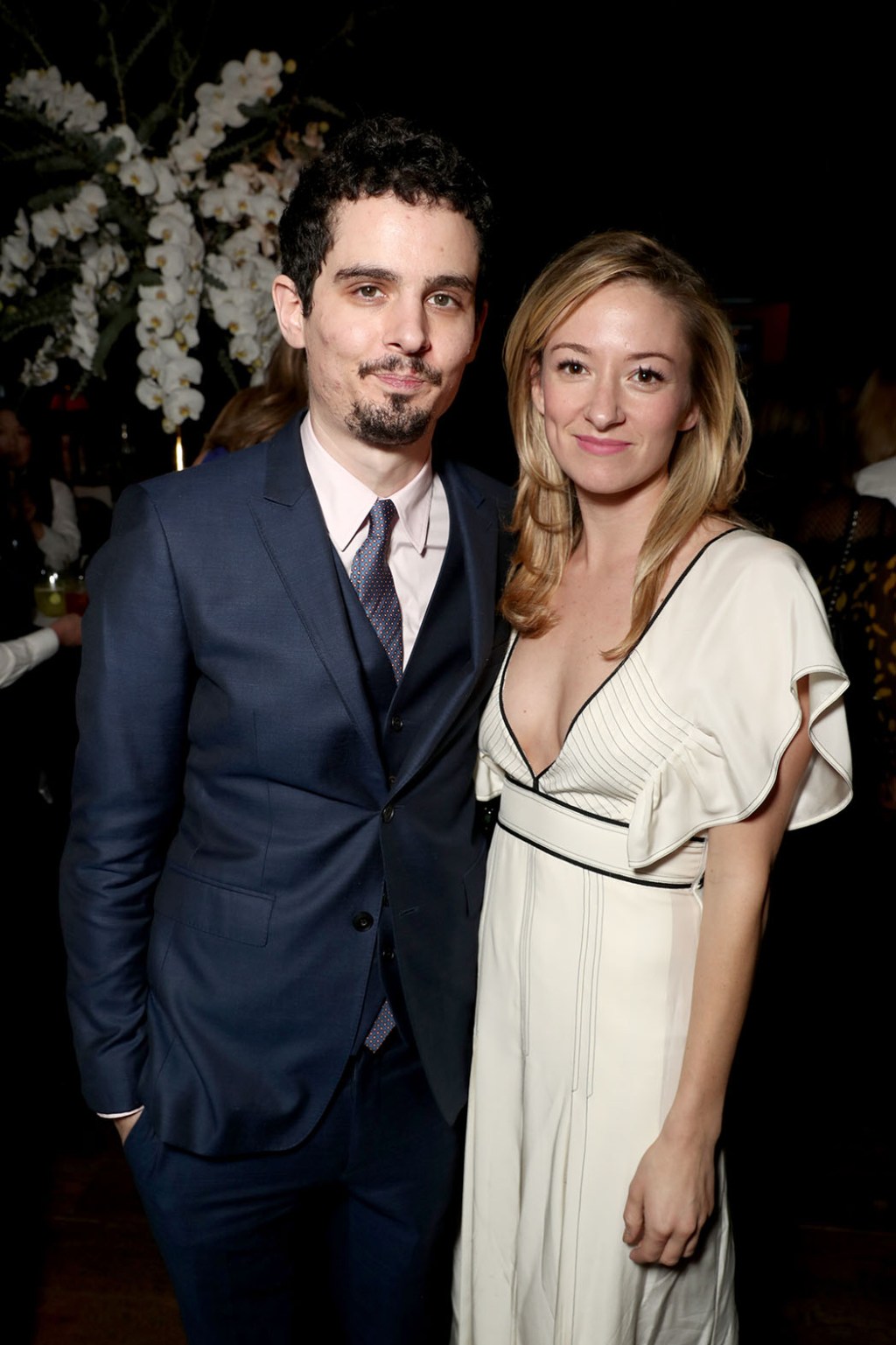 Meanwhile, the Oscar nominees at the party were celebrating their Academy recognition. “It is so cool that we were nominated,” Moana‘s Cravalho said. The 16-year-old’s film earned a best original song and best animated feature nomination. When asked which of her fellow nominees she was most excited to meet, she said Meryl Streep topped the list. “I’d like to tell her thank you,” Cravalho said.

Cravalho wasn’t the only one to gush over Streep. Davis also dished on the legendary actress, whom she introduced a few weeks ago at the Golden Globes for her now-infamous lifetime achievement award acceptance speech. “I wanted to take my shoes off, hoot and holler and be not as cultured as I am,” said Davis. Of her nomination for Fences, the third of her career, Davis said, “Feb. 27 is coming, the day after the Oscars. That’s when the phone calls stop, the flowers stop. You should enjoy it.” 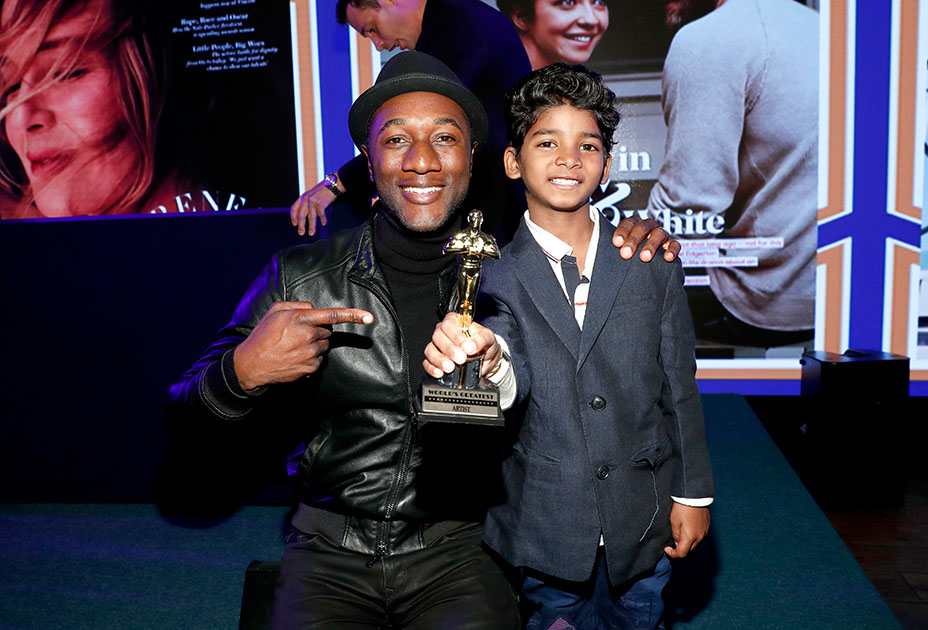 “Sunny is the man of the hour,” Patel said of his Lion co-star. “I stood on his tiny, but sturdy, shoulders.”

The Lion cast sat together, with Pawar sitting on the bar for a prime view of the festivities.