There’s a joke circulating these days, and it isn’t particularly funny: Millions of people are ditching cable because the bill is too high and no one can watch all that programming. But then everyone is signing up for one pricey digital TV app after another. The punchline is that the future of TV doesn’t look particularly different from the past.

There’s some truth to that, and there’s a new power dynamic in play at the dawn of the streaming era that could make the future of TV both very different from and very similar to the television industry of the past.

For years, TV broadcasters enjoyed most of the leverage in so-called “carriage” negotiations, able to extract ever-increasing sums of money from cable companies like Comcast and satellite operators like DirecTV for rights to carry programming. But by 2021, about 50 million people will have dropped cable and satellite TV subscriptions, according to eMarketer. That’s about a fifth of the adult population who will be cord-cutters.

Many of these consumers are shifting to digital outlets like Netflix and Disney+, which launched Nov. 12 with a reported 10 million sign-ups. These subscription video sites may go “over the top,” bypassing traditional providers, but that doesn’t mean there aren’t intermediaries. In many respects, Roku, Amazon Fire, Google Chromecast and other digital TV devices are becoming the new middlemen between the streaming apps with all the programming and the consumers who still appreciate having a menu when eating at a buffet.

In turn comes the dealmaking, and for the moment, at least, it’s the aggregators that seem to have gained the upper hand. Take the Nov. 8 announcement that Disney+ would be available on Amazon Fire. Although exact terms of the arrangement haven’t been revealed, Amazon reportedly insisted on receiving a percentage of revenue from the ad space on Disney apps (including Hulu and ESPN+; Disney+ is ad-free). Other digital platforms, including Apple and Roku, take a bite of streaming revenue whenever consumers sign up for a service through their app and channel stores. According to insiders, some streamers are even paying more for good placement on digital interfaces, extra promotion and even incorporation into voice command technology.

The relatively quiet success of streaming media player Roku, run by CEO Anthony Wood, perhaps best illustrates the power of new players in the TV economy. Since going public in September 2017, Los Gatos, California-based Roku has seen its stock price jump an astonishing 900 percent to about $150 a share, fueled by massive growth that continues to beat investor expectations. Roku now says it has more than 32 million active accounts. (Although the comparison isn’t apples to apples, Comcast is the leading traditional cable company with about 21 million subs.) Roku’s “platform revenue,” which consists of fees from advertisers and content publishers, is up nearly 80 percent in the past year, leading Zacks Equity Research to crow how the company “is well-positioned for the streaming war, which is coming to a boil.”

In the interest of luring new subscribers and taking on Netflix, many streamers are doing whatever is necessary to achieve wide digital distribution (also known as scale). For the moment, there haven’t been many fights between streamers and the streaming devices. This, however, is but the honeymoon phase of the streaming era. What happens when there is conflict?

Under old telecommunications law, broadcasters and cable/satellite providers were obligated to negotiate with each other in “good faith” (hence all those dueling news releases claiming a lack of good faith every time a carriage negotiation reached an impasse). There were also rules meant to encourage the availability of free broadcast networks, to promote diversity of voices and to protect independent content creators from the power of large distributors — not to mention a regulator in the FCC that could step in and help settle disputes.

Now? It’s less than clear whether the FCC has any role to play.

A few years ago, former FCC chairman Tom Wheeler put forth several bold proposals. One would have modernized the interpretation of so-called MVPDs so that the term covered cable and satellite providers as well as emerging over-the-top distributors. Another would have shaken the old set-top box regime by mandating that pay TV providers allow access to all their content through apps required to have certain functions. There were also measures intended to ensure licensing on reasonable and non-discriminatory terms.

But those proposals died. The cable establishment warned against, as Comcast put it, an “overly complicated government licensing regime and heavy-handed regulation in a fast-moving technological space,” while Hollywood studios were deeply suspicious that the proposals were intended to benefit Google. The rules might nevertheless have passed but for the election of Donald Trump, who appointed Ajit Pai to replace Wheeler. Since becoming chairman, Pai has approached deregulation with fervor. One of his first moves was to scrap Wheeler’s ambition to shrink the gap between cable set-top boxes and app devices. He then famously repealed Obama-era net neutrality rules, which arguably could have provided the FCC with an alternative path toward regulating some of the deals between content providers and app distributors. After all, streaming is internet traffic.

In the absence of established standards and any sort of clear regulatory oversight, Barry Skidelsky, a New York-based telecommunications lawyer, predicts an unsettled landscape with opportunity for experimentation. “Business models and negotiation leverages have changed under the federal government’s so-called ‘light touch’ regulatory regime,” he says.

For that reason, the deals may be creative, but don’t ignore the strong possibility of bumps in the road ahead. There’s been nary a discussion about what happens when a contract expires in the streaming world and an app disappears from a platform. In the old TV days, blackouts might occur. What’s the equivalent to that in the streaming world — and who will oversee complaints of discrimination?

Given vertical integration, programmers and distributors are now often within the same corporate structure. Amazon, for instance, owns a content producer (Amazon Studios), a distribution mechanism (Fire TV) and a streaming platform (Prime Video), which itself integrates streamed channels such as HBO, Showtime and Britbox alongside its own originals. This could invite antitrust attention at some point. For instance, presidential candidate Elizabeth Warren has proposed prohibiting companies from owning both a platform utility and any participants on that platform, which most have read to mean that Amazon shouldn’t be allowed to sell branded batteries in its marketplace. There’s no reason, however, that the same concept wouldn’t apply to how the streaming video economy operates.

For now, streaming is in its Wild West, laissez-faire days, with an industry grappling to figure out who stands where. As for consumers, the options are plentiful even if the experience promises to be a bit rough. “This leads to a frustrating situation for viewers when they have all these disjointed apps that work and look differently that they have to switch between to find something to watch,” says John Bergmayer, legal director at Washington nonprofit Public Knowledge. “It’s annoying in the same way that having multiple inboxes is annoying — just more stuff to keep track of and to check. The solution is pretty straightforward technologically, but the business models of both the platforms and the streaming services stand in the way.” 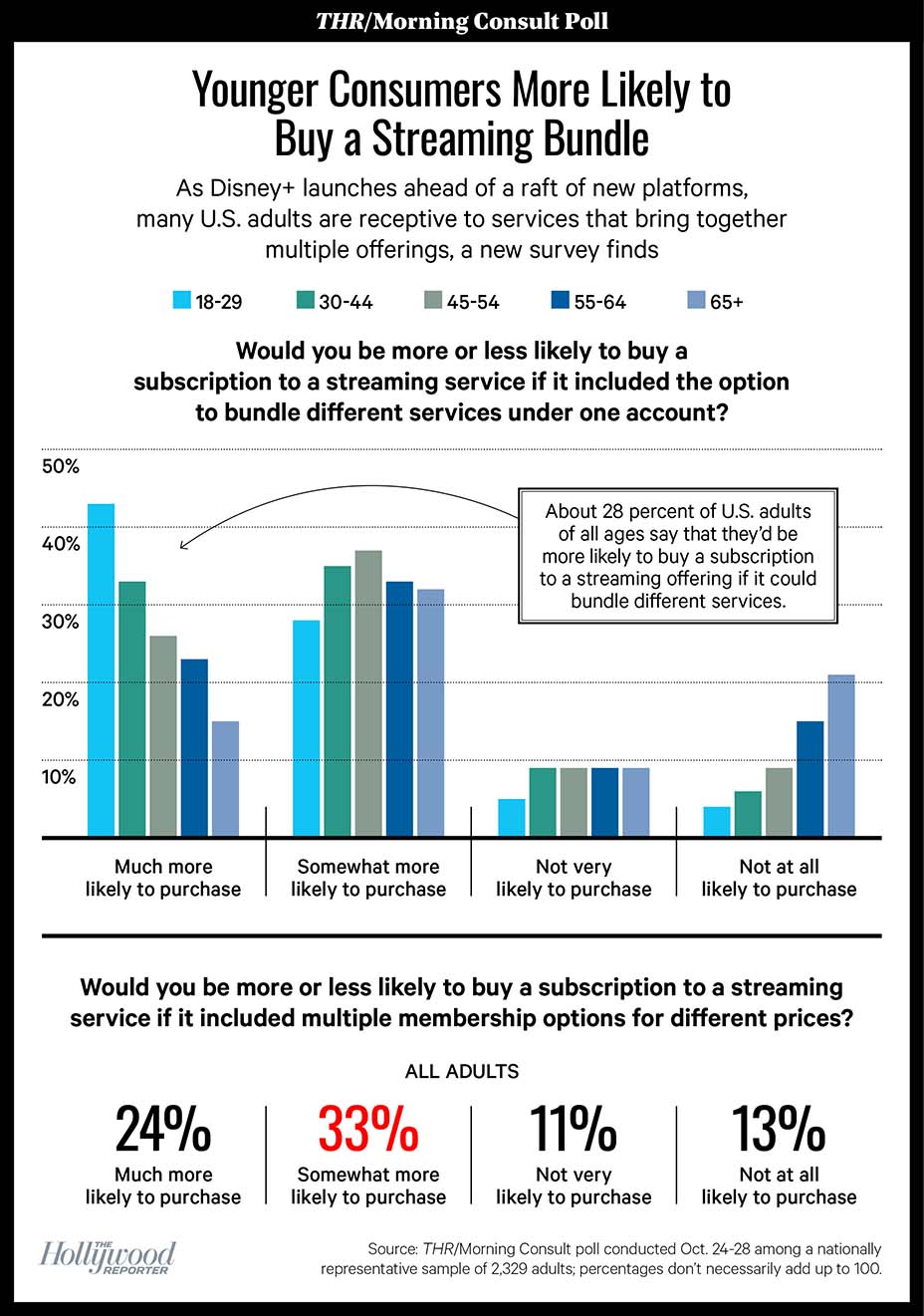