Hot off her first Emmy win, Tiffany Haddish began the premiere of Night School with a prayer. She thanked Jesus on stage Monday with her co-star, producer and writer Kevin Hart, at the Regal L.A. Live.

“I’m so excited for y’all to see it, because it’s really good. I hope you wore a panty liner, because you gonna pee a little bit,” Haddish joked. “I’m so happy I got to work with so many wonderful people, and I can’t wait to work with y’all again. I think we should pray for the movie. Heavenly father—”

“No, Tiff—” Hart joked to laughs, adding, “Everybody bow your heads.” Haddish went on with the prayer: “Thank you for this opportunity to share our talent with the world. I hope that it brings joy and happiness to everyone—” as Hart begged, “Don’t make it long, Tiff.”

Events of the Week: 'Hocus Pocus 2,' 'A Friend of the Family' and More

“And just make sure everybody looks good and Kevin looks tall in it,” Haddish finished, and wrapped with: “All these things we ask in your son’s name, Jesus Christ, amen.”

The crowd reacted with “Amens” and cheers before the Los Angeles premiere of the duo’s comedy.

“Definitely the first time we prayed at a movie premiere,” Hart said. What they’re really praying for, however, is a repeat of the smash success of last summer’s comedy Girls Trip. Night School brought on board the same power producer, Will Packer, director Malcom D. Lee and star Haddish. 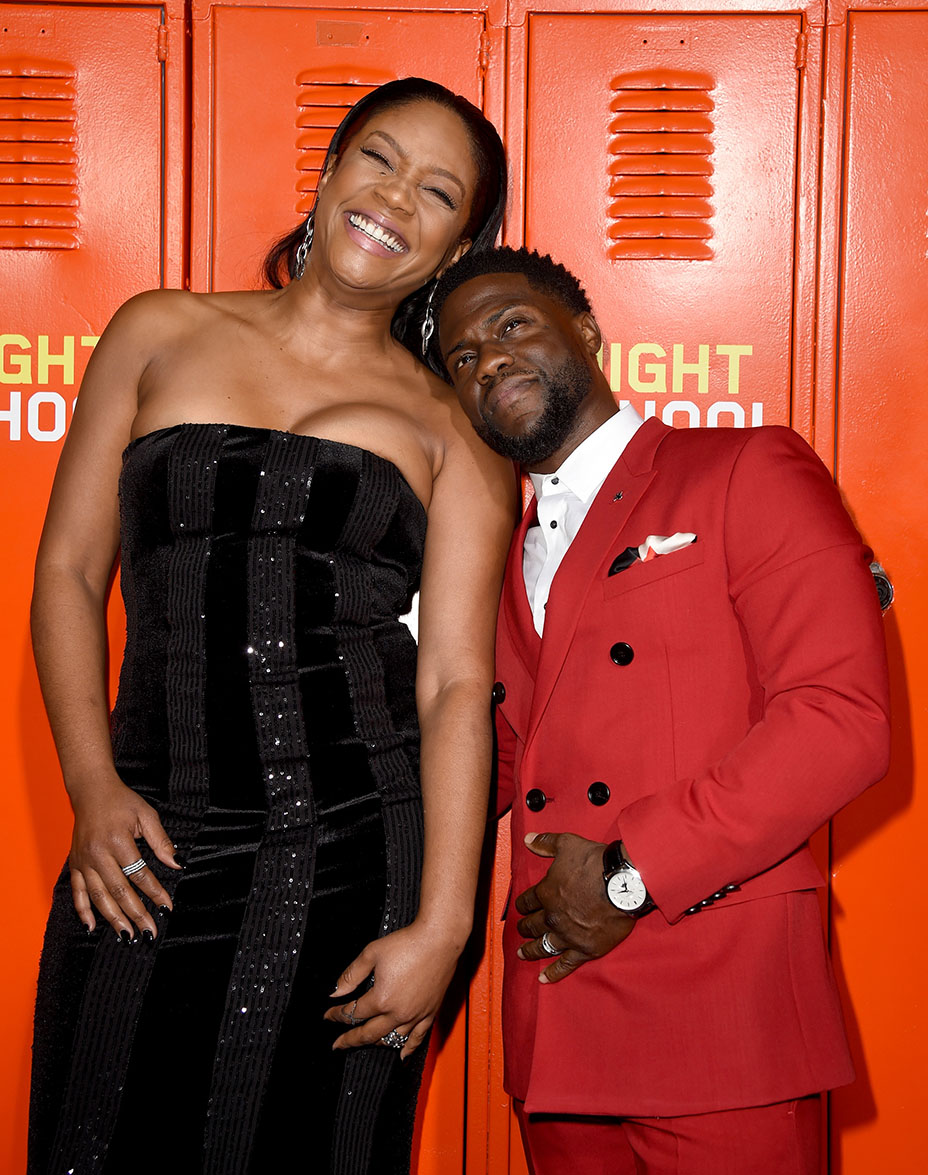 The film follows high school dropout Teddy (Hart), who must get his GED before starting work at a friend’s financial company, after he accidentally blows up the barbecue shop where he’s a top salesman. Teddy, who has multiple learning disabilities, needs to charm teacher Carrie (Haddish) and principal Stewart (Taran Killam) to attend night school without his rich fiancée finding out he’s broke (he works at a mock Chick-fil-A, called Christian Chicken, in the meantime).

Hart wanted to tap some of the talent from the record-breaking Girls Trip for his first film under HartBeat Productions.

“[Night School] started off as an idea, an idea I shared with my guy Will,” Hart told the crowd. “Will bought into that idea and said, ‘That’s dope. What do you want to do?’ I said, ‘I want to go and do it. It’s time for me to step into the world that you’ve been in for quite some time. I want to now wear a producing hat as well.'”

“It was a chance to work with Kevin, to work with Will again,” Lee told The Hollywood Reporter. “We had a great collaboration on Girls Trip, and I think for this, it’s an opportunity to work with the biggest comedian in the world. I love comedy.”

He added that both Girls Trip and Night School are “funny in their own right…. But what you’ll find in the movies that I like to make is there’s a lot of humor, and there’s also a lot of heart, not just Kevin Hart.” Lee was glad to reunite with Haddish for the project, telling THR she’s “as pure as it comes,” “fearless” and “authentic.” 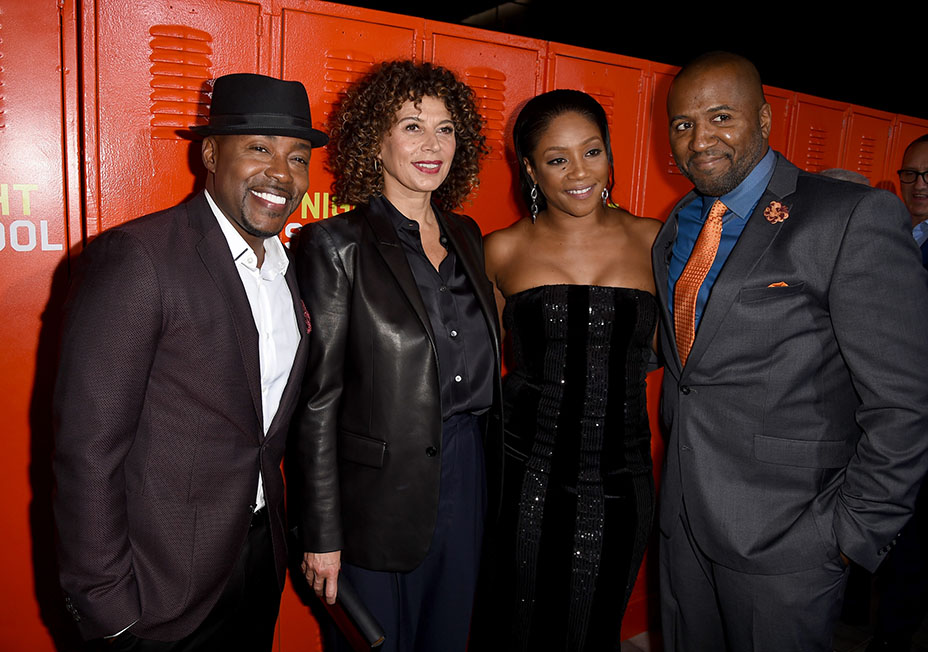 Indeed, she was the one person Hart knew he needed in the cast (Hart himself wasn’t always slated to star in his film).

“I’m going to bring up the star that I wanted to work with off the bat, when we first talked about the movie. Somebody that I’m close to, that I’ve known for quite some time,” Hart said. “I’ve seen this individual rise into the star that she is today. She was the first call. The first thought. And the energy and synergy just made sense, because she came off a movie that Malcom Lee directed called Girls Trip. And the success of that movie was unreal, but her performance was mind-blowing. And I said, ‘We have to include her in what will be my first film.’ Because I feel like she is the piece that I need to the puzzle.” 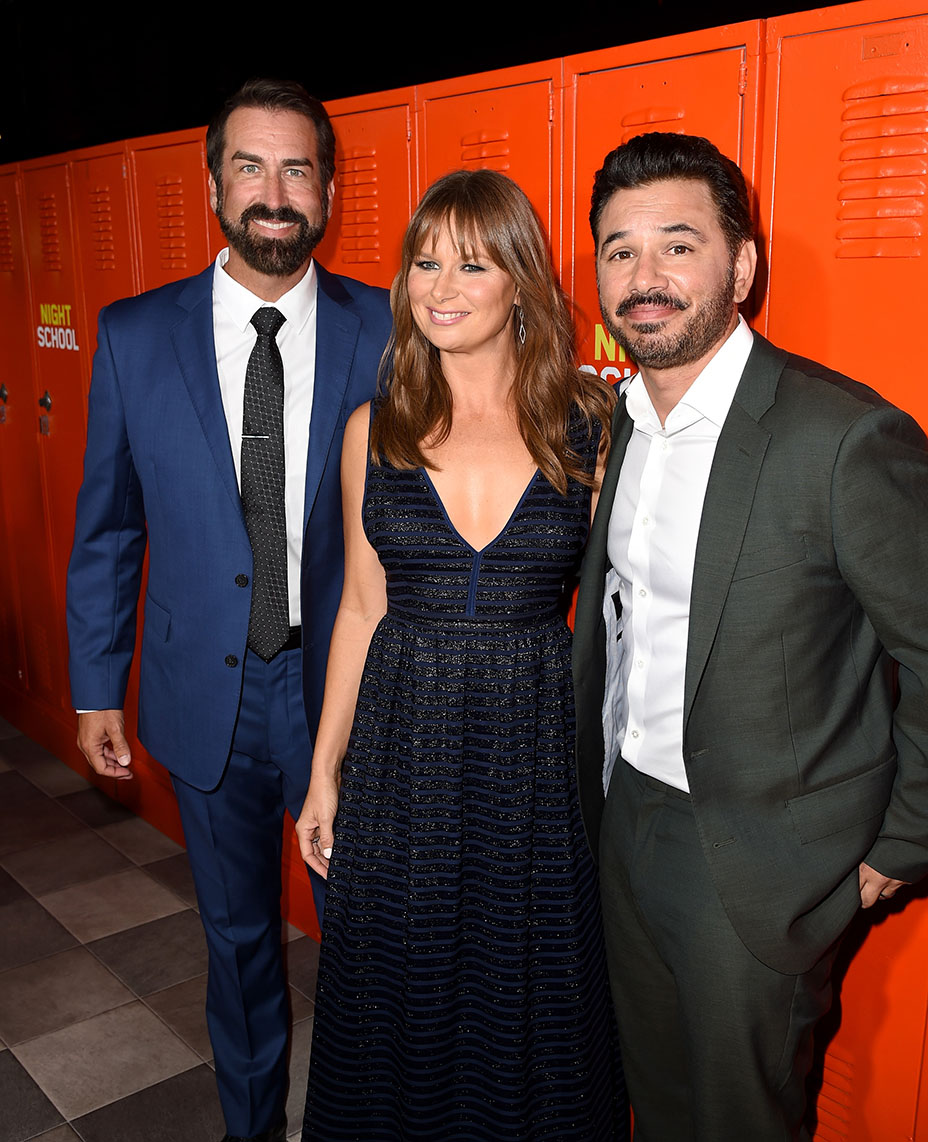 Though it’s a comedy, Night School has an underlying message about the flaws in the American educational system, the filmmakers said.

“Not just to be funny, but we wanted to talk about learning styles and how different people learn, and how the education system is not a one-size-fits-all,” Lee told THR.

Writer Matthew Kellard said tweaks to the script helped center the story on the real lives of night school attendees. “The joke of the movie was it was originally supposed to be very much about adults acting like high schoolers, and that’s still in there,” he told THR. “[But] it became more grounded and very much about a real night school, rather than the sillier joke.” 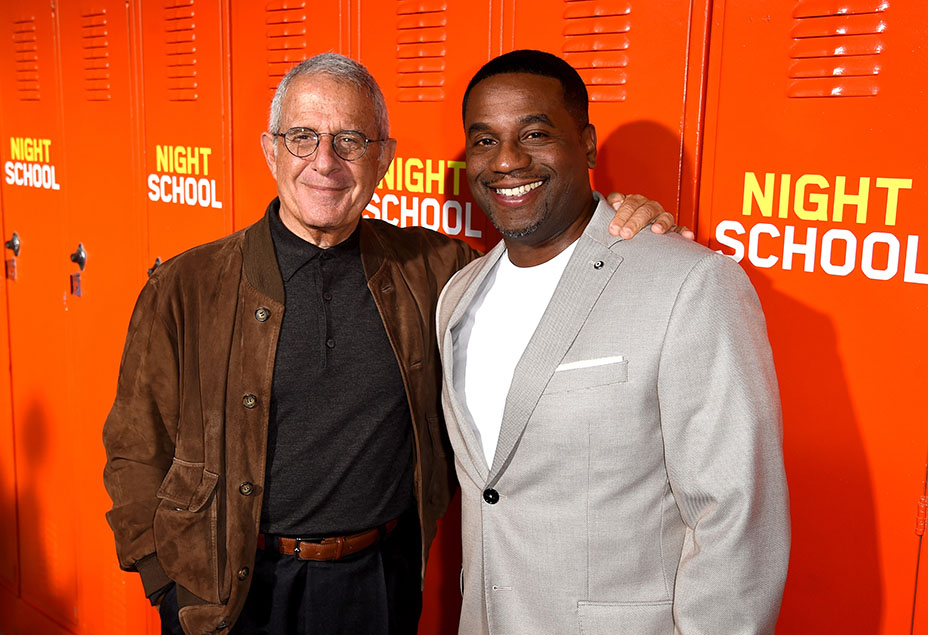