Continue to The Hollywood Reporter SKIP AD
You will be redirected back to your article in seconds
Skip to main content
August 13, 2020 7:00am

When Katie Feeney heard President Trump was considering banning TikTok in the U.S. because of privacy concerns involving its Beijing-based parent company, ByteDance, she immediately began to worry about the audience of 4 million followers that she’s built on the social video app over the past couple of years.

“It was the worst feeling because me and a lot of other creators, we’ve worked so hard,” says the 17-year-old Maryland native. “My primary focus has always been TikTok.”

Like many other TikTok creators, Feeney responded to Trump’s July 31 comments to reporters aboard Air Force One by posting a video encouraging her fans to find her on Facebook- owned Instagram, where she has a considerably smaller base of 160,000 followers. “I always kind of had a feeling that at some point TikTok wouldn’t last,” she offers, “but I never expected it would be this soon.”

It was. Trump just days later, on Aug. 6, issued an order that would ban the app if it isn’t sold within 45 days. TikTok’s fast rise in the U.S. — the Kevin Mayer-led company has attracted 100 million users in two years — has created a new talent ecosystem, one where predominantly fresh-faced young creators can become stars overnight and, at the highest levels, cash in on their audience to the tune of millions of dollars in brand deals, sponsorships and merchandise sales. 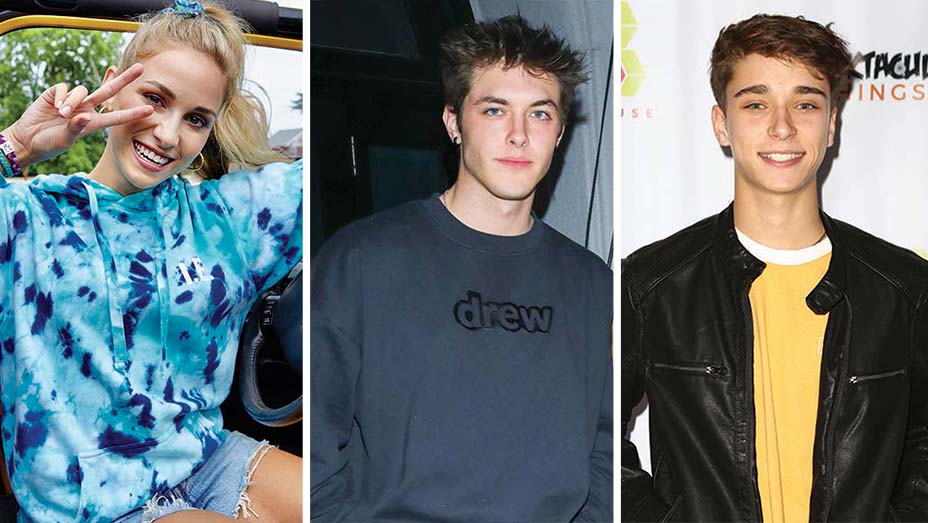 There are now companies that exist solely to manage TikTok stars or to help them broker partnerships with record labels. But as TikTok faces an uncertain future in the U.S., one that could include a sale to Microsoft to avert the ban, TikTokers are learning how fleeting influence can be. “It’s fantastic to grow and nurture community on a given platform, but you don’t own the platform,” says Chris Wittine, an agent in CAA’s digital media department. “It makes your business and your artistry very vulnerable.”

TikTok wasn’t the first app to focus on short, under-15-second videos — Vine launched its share of superstars before parent Twitter shuttered it in 2017 — but it has popularized the concept. Its powerful algorithm has turned the personalized “For You” feed into an addictively endless scroll of entertaining videos, from dances to comedy sketches to cooking tutorials. TikTok makes it easy to create a post, helping lower the barrier for new users and promoting the notion that almost anyone can become the next Charli D’Amelio, a 16-year- old with 75 million TikTok followers and counting.

Few observers believe TikTok will ultimately be banned in the U.S., and the company has said it will fight Trump’s executive order. “We will pursue all remedies available to us in order to ensure that the rule of law is not discarded and that our company and our users are treated fairly — if not by the administration, then by the U.S. courts,” it said in an Aug. 7 statement.

For all of TikTok’s upside, experts in the social media space say it isn’t wise for talent to put all their energy into a single platform if they want lasting careers. “We’ve been telling creators for years to diversify,” says Brian Nelson, co-founder of digital brand agency The Network Effect, which works with TikTokers like Feeney.

If there’s a silver lining, he says, it’s that shortform video is here to stay — even if TikTok isn’t. “We’re witnessing the birth of a format.” This summer, several apps have popped up to offer TikTokers new creative outlets — if not the exact secret sauce that turns its videos into viral hits. Triller, a music video app majority-owned by Ryan Kavanaugh’s Proxima Media, recruited top TikTokers like Josh Richards and Griffin Johnson in late July as scrutiny around TikTok’s data practices began to grow.

As the threat of a ban sunk in, Triller became the No. 1 app overall in Apple’s U.S. App Store, per App Annie. Right behind it was Byte, a video service launched in January from some of the team behind Vine. Instagram, with its 1 billion users worldwide, also launched a TikTok clone, Reels, in the U.S. on Aug. 5, even offering small payments to some creators to subsidize production costs.

“We were somewhat lucky,” acknowledges Kavanaugh, who bought live-streaming tech firm Halogen Networks in July to make Triller more attractive to talent used to going live for their fans on TikTok.

He contends that the company’s hands-on approach, along with the opportunities it offers to make money through brand deals, has won over creators: “The more that people come, the more other people come because they’re telling their friends and other influencers, ‘Do you know what I’m getting over at Triller?’ ”

Though these new entrants contribute to a healthy market, a TikTok ban would “certainly hurt” small creators, says Wittine. Feeney is among those who’d likely have to start over if the app went away. She now makes around $10,000 to $15,000 a month in brand deals on TikTok. She’s trying to grow her presence on other platforms — including posting to Triller, where one of her videos now has more than 400,000 views — but, says Feeney, “Nothing really compares to TikTok.”

A version of story first appeared in the Aug. 12 issue of The Hollywood Reporter magazine. Click here to subscribe.