Tina Fey and Ryan Murphy are set to be honored at The Hollywood Reporter‘s 2016 Women in Entertainment breakfast.

Additionally, Megyn Kelly will deliver the opening remarks at the VIP event, set for Dec. 7 in Los Angeles.

Fey has been chosen as the recipient of the Sherry Lansing Leadership Award, which recognizes a woman who is a pioneer and a leader in her industry. Previous recipients include last year’s honoree, Barbra Streisand, as well as Shonda Rhimes, Oprah Winfrey, Diane Keaton, Jane Fonda, Dame Helen Mirren, Meryl Streep, Halle Berry, Jodie Foster, Glenn Close and Barbara Walters.

“I am thrilled that The Hollywood Reporter has chosen to recognize Tina. Her remarkable professional achievements and philanthropic generosity have greatly inspired me and hundreds of millions of people worldwide,” said Sherry Lansing, former CEO of Paramount Pictures and the first woman to head a Hollywood studio, where she greenlighted Fey’s first film, Mean Girls. “The Hollywood Reporter could not have chosen a more deserving individual to honor.”

Barbra Streisand to Women in Hollywood: "We Have to Join Forces"

Murphy will receive the inaugural Equity in Entertainment Award, which recognizes an individual who has demonstrated a commitment to significant inclusion of women and people of color in the entertainment industry.

In 2016, Murphy launched Half, a foundation within his 20th Century Fox TV-based production company that aims to have 50 percent of all director slots on his shows filled by women, people of color and members of the LGBTQ community.

“Both Tina and Ryan perfectly exemplify the ideals and mission of THR‘s Women in Entertainment initiative and modern Hollywood overall,” said Janice Min, president and chief creative officer of The Hollywood Reporter-Billboard Media Group. “They use their enormous influence to question, change and impact the status quo while being incredibly entertaining and smart both in front of the cameras and behind them.” 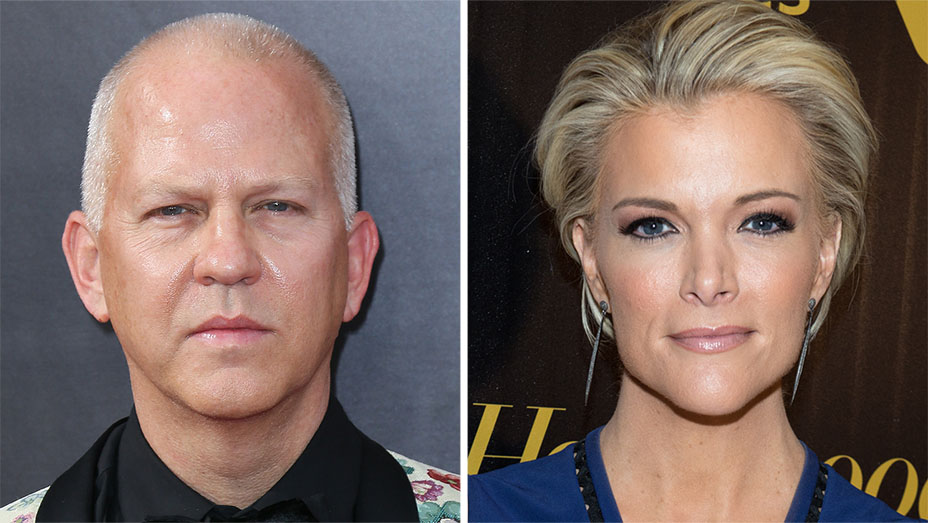 Meanwhile, Kelly will deliver the opening remarks to the power crowd at the 25th annual breakfast. Kelly hosts Fox News Channel’s The Kelly File, one of the network’s most-watched programs, recently ranking No. 1 in all of cable news among the key demo of adults 25-54, and also is providing post-debate analysis during the presidential election. Kelly also was the subject of relentless attacks by Republican presidential candidate Donald Trump in the months ahead of the convention before the two sat down for a Fox special that aired in May.

“Megyn Kelly repeatedly has proved her independence and leadership this election year, kicking off and continuing an important discussion about gender following her news-making performance at the first Republican debate,” said Min. “Not surprisingly, she stood her ground under attack in ways that made all media — and women everywhere — applaud.”

The event also highlights THR‘s Women in Entertainment Mentorship Program, where industry women, from Universal’s Donna Langley to Fox’s Dana Walden, have been paired with girls from Big Brothers Big Sisters of L.A. for a year. Since 2010, the program has awarded $3 million in scholarships; nearly all the graduates of the program, close to 100 girls, have gone on to attend four-year colleges including Harvard, Northwestern, UCLA and UC Berkeley.

Check out photos from last year’s event below.

THR Women in Entertainment: Inside the Power 100 Breakfast (Photos)