Continue to The Hollywood Reporter SKIP AD
You will be redirected back to your article in seconds
Skip to main content
August 10, 2018 9:30am

Unpredictable may be the better term to describe this comedy. Netflix’s Unbreakable Kimmy Schmidt again proved game to play with form during the first half of its fourth season, devoting an entire episode to spoofing Making a Murderer and The Jinx with a true crime mockumentary about a jailed cult leader (recurring guest Jon Hamm). This was all done in service of the show’s greater mission, however — one that comedically roots out misogyny at every turn.

In the home stretch of its final season, showrunners Tina Fey and Robert Carlock are juggling the last episodes with the possibility of a feature film.

How are you handling the potential of the Kimmy movie when writing the series’ final episode?

TINA FEY Well, if we’re lucky enough to get to do the movie, I think it would be a stand-alone idea. So we were able to complete some arcs for our characters in the upcoming half of the season.

ROBERT CARLOCK At the same time, we knew that there were threads and themes in the show best suited to the scale and scope of a feature. For example, did Titus ever purchase that box of capes from the medical supply store?

What’s the most unexpected response you’ve gotten to the show?

FEY I was surprised how moved people were by Kimmy’s puppet backpack. Several people told me they were surprised to find themselves tearing up over the scene with Kimmy and her backpack down by the river. I don’t know if it’s because it was about Kimmy killing off her childlike imagination. I think it may have had as much to do with the sweetness of Stephanie D’Abruzzo’s performance as Jan S. Port.

CARLOCK I’m constantly surprised that in our current TV landscape, people are eagerly waiting for new episodes, finding them and watching them.

FEY Oh, my goodness, nothing. I’ve said more than enough, don’t you think?

CARLOCK My high school soccer team won the New England championship my senior year. We beat Kent 1-0 and I had to mark this guy who went on to play at UNH where he set a bunch of scoring records. But on that cold autumn day, I shut him down. And yet no one ever asks me about it. I really wish they would. 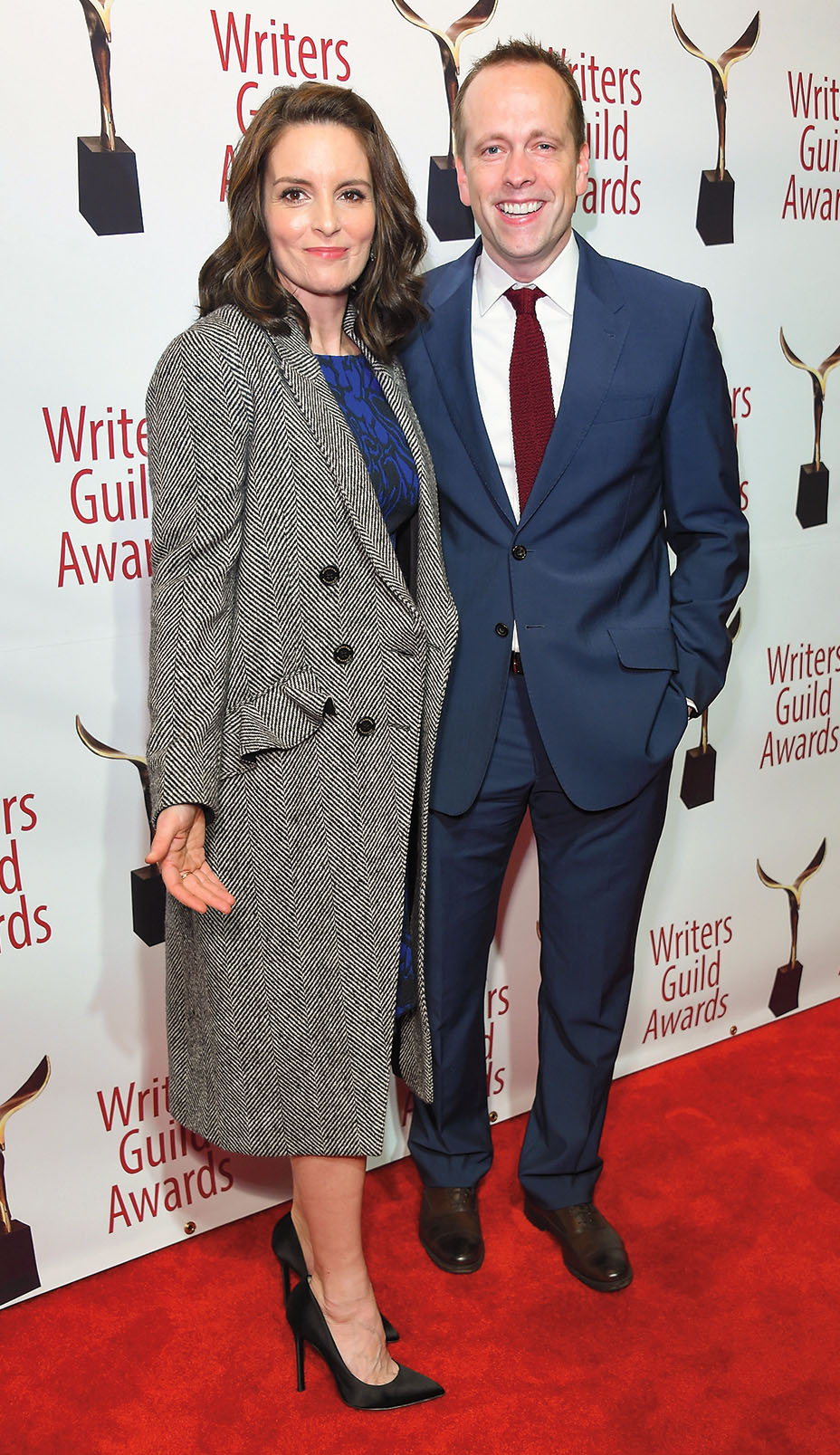 FEY “As a woman, how do you balance work and family?” It’s officially unacceptable to ask that anymore. To anyone.

CARLOCK “As a man, how do you balance work and family?” Because I don’t, OK? My wife, who also works full time, somehow does it for both of us. I don’t know how she does it, and Tina says I can’t ask her.

FEY I’d want to hang out with the people from The Crown. But I won’t. I’ll just stare creepily.

FEY Variety performance. There used to be one and it needs to come back. The cast of SNL is too great and they’re eating up the whole supporting actress in a comedy category!

CARLOCK Also, the SNL hosts are ?in the guest actor category with all the half-hour contenders. People like Tina Fey do a Philly accent for three minutes, say, “Ladies and gentlemen, Nicki Minaj!” twice, and then get a nomination over Jon Hamm as the Reverend?! I’m calling Lorne [Michaels].

How 'Kimmy Schmidt' Sets Up Its Endgame

A SPLIT SEASON AND A MOVIE

Netflix dropped the first half of season four of Kimmy Schmidt in May (just in time for Emmy eligibility) and ?announced that the second half, releasing in January 2019, would be the show’s final act. But even though the end is near, plans are in the works to continue Kimmy’s (Ellie Kemper) adventures with a movie. Still being worked out are the details of the deal, including whether the film would stream on Netflix only ?or possibly play in theaters as well. “We now have a shorter runway than we originally thought we would and don’t want to overstuff it and rush it,” says Carlock of the series’ last episodes. “And there are things that I think would be fun to hold off for kind of a big epic finale in feature form.”

When Kimmy Schmidt was nominated for best comedy this year, it was actually a record nom. Comprising just six half-hour episodes, the show joins the first season of Kate & Allie (1984) and the first season of The Wonder Years (1988) with the shortest seasons ever to receive a nomination in the category.

Tina Fey and Robert Carlock’s cult hit and 30? Rock follow-up raced to the finish line of Emmy eligibility, going slightly rogue and releasing only the first half of its fourth and final season during the voting window. The Netflix farce came back to diminished returns, its nominations down from five to just two, year over year. (Supporting star Tituss Burgess makes a repeat appearance in his category.) What’s concerning for the series’ prospects is that, in all of Kimmy Schmidt‘s time as an Emmy regular, it has yet to notch a single win. That stat is all the more dramatic when you hold it up against Fey and Carlock’s previous collaboration. 30 Rock scored 16 wins from 103 nominations. The comedy made an aggressive play for relevance this season, with misogyny once again playing the central foil – but if #MeToo has any influence on the race this year, the tide seems to be in the favor or either GLOW or The Marvelous Mrs. Maisel. A future movie would probably be Kimmy’s surest chance for genuine Emmy traction. — M.O.

'Unbreakable Kimmy Schmidt' Will End With Season 4, With Talks of a Movie