Continue to The Hollywood Reporter SKIP AD
You will be redirected back to your article in seconds
Skip to main content
January 3, 2020 12:00pm

Ah, the handbag. It has gone through a multitude of iterations — the tote, the bucket, the shoulder, the satchel, the baguette … you name it, a designer sitting in a Parisian atelier has conjured it. Then in November, Lizzo introduced the mainstream to the accessory’s most absurd iteration yet: the microbag.

The singer set the internet on fire when she hit the American Music Awards red carpet with a tiny silver Valentino V-Sling bag big enough to hold, as she said, “all the fucks I have to give.” The bag, a collaboration by the brand with artist Obvious Plant, inspired the singer’s full Valentino AMAs look. “Tiny purses have always been an inside joke between me and Lizzo,” says her stylist Marko Monroe. “The microbag symbolizes fun. It doesn’t take itself too seriously and it doesn’t need to.”

Adds stylist Jeanne Yang, whose clients include Keanu Reeves and Jason Momoa, “I love how the red carpet is filled with people of different sizes, shapes and colors. And Lizzo carrying the microbag made the statement, ‘I don’t care about my size, but you’re talking about the size of my purse.’ That kind of is an exclamation point. As I am not a small-sized woman, Lizzo’s confidence wearing the tiny bag makes me feel more comfortable that you don’t have to be a size 0, because we are all talking about her bag. I guess that’s why we call the microbag a statement piece!”

A tiny purse, loosely defined as too small to hold a smartphone, “is for the girl who is always saying ‘fashion over practicality,’ ” says stylist Dani Michelle (whose clients include Khloe and Kourtney Kardashian). French brand Jacquemus caused a frenzy among fashion editors when it sent invites to its Fall/Winter 2019 show in miniature versions of its Le Chiquito bag; it then featured them on the runway. Le Petit Chiquito bag ($270), large enough to hold a dime, is sold by Jacquemus on a long chain designed to be worn as a necklace. “I think it’s a comment on the fact that walking on the red carpet is ultimately playing dress-up and should be fun,” says stylist Danielle Goldberg, whose clients include Laura Harrier and Greta Lee. 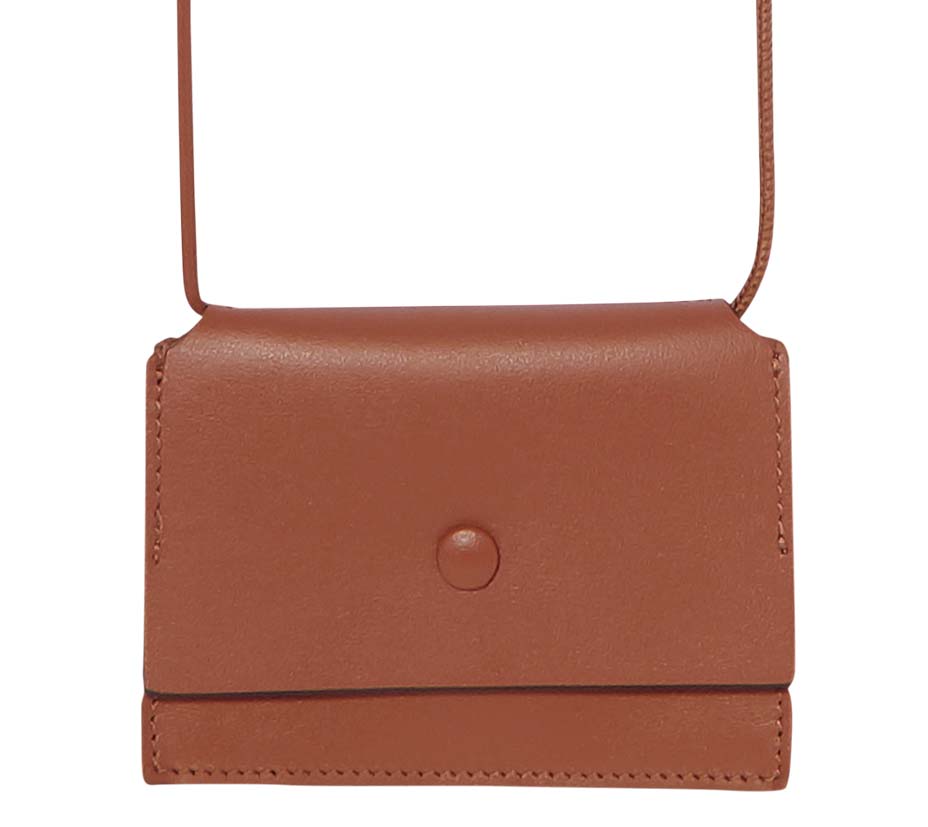 In many ways, the micropurse is elevating an ordinary item into the extraordinary. “The microbag is ridiculous and that’s what makes it desirable,” says style expert George Kotsiopoulos. It’s an accessory, he says, that screams “I’m so damn important that I don’t need to carry a bag that carries anything.”

Which is why it could be a perfect accessory for this awards season. “You are forced to edit down to what you need, and often, it’s really not much,” says stylist Emily Sanchez (Laura Linney, Marin Hinkle). “My clients often walk the carpet with only a phone and an ID. Needing less almost signifies how much you have.”

At the Golden Globes, predicts Kotsiopoulos, “I bet we see a very tiny, gorgeous bejeweled bag, and it’ll be on someone funny.”

Ingrid Schmidt contributed to this report.

A version of this story first appeared in the Jan. 3 issue of The Hollywood Reporter magazine. To receive the magazine, click here to subscribe.