Tito Ortiz says that he’s followed the same rule from day one of his decades-long career in the ring: “You have to be professional in everything you do.”

UFC champ Conor McGregor broke that rule — and allegedly a few laws — when he violently attacked a bus filled with UFC fighters at Barclays Center in Brooklyn on Thursday by throwing a dolly against the bus after a UFC 223 media event. TMZ broke the story and the outlet posted images and a video from the shocking incident. McGregor was arrested and charged earlier today with three misdemeanor assault charges and a felony criminal mischief charge.

Just hours after the attack, Ortiz attended the L.A. Family Housing Awards at The Lot in West Hollywood where The Hollywood Reporter caught up with the retired UFC champion and asked him for his response to watching the clips online. “No matter how much hatred you have for another person, you can never assault them, and that’s the second offense Connor has had,” Ortiz explained, nodding to a bar brawl in Dublin, Ireland, in November. “I don’t understand; the guy is a multimillionaire and a father who’s willing to lose everything. It’s embarrassing for the sport, it’s embarrassing as a fighter, as a father.”

He continued: “You gotta learn from your mistakes, but he’s made a mistake twice now and he can’t really control his anger. I was speechless after watching the video. These are fighters who are trying to fight to provide for their families, and this guy [could’ve hurt] a person really, really badly — someone who’s fighting the next day.”

As for punishment, Ortiz, one of the sports early stars who earned the title of light heavyweight champion, said it’s time McGregor is “86’d” for good. “Hopefully he goes to jail, hopefully he learns,” he said. “I mean, he’s shown time and time again, he’s going to put younger kids or even our public in fear or danger of them getting injured because of him when he has outrage against another person. He’s an older guy. It’s not like he’s 25 years old or 24 years old or 21 years old. I mean he’s an older man who’s established, who’s done great, who’s been one of the greatest fighters, and he’s a father now. What kind of example is he trying to set for our business in mixed martial arts and just sports in general?”

By attending Thursday night’s awards event — a fundraiser for the nonprofit homeless provider honoring Dwayne ‘The Rock’ Johnson and L.A. first lady Amy Elaine Wakeland — Ortiz said he was reminded of the difficult times in his youth when his own family teetered on the brink of homelessness.

“I was living in trailer parks, on people’s couches, in motels and hotels. Not even hotels — motels,” Ortiz said. “As a family — I have three boys — I want to put clothes on their back, food on the table, and lights on in the house. I can’t count the times as a kid growing up that we had only candles as lights, or when we had to heat water just to have hot water in the bathtub. Now people call me a celebrity, people call me a pro fighter or whatever, but I just see myself as a another human being on this Earth trying to help society.” 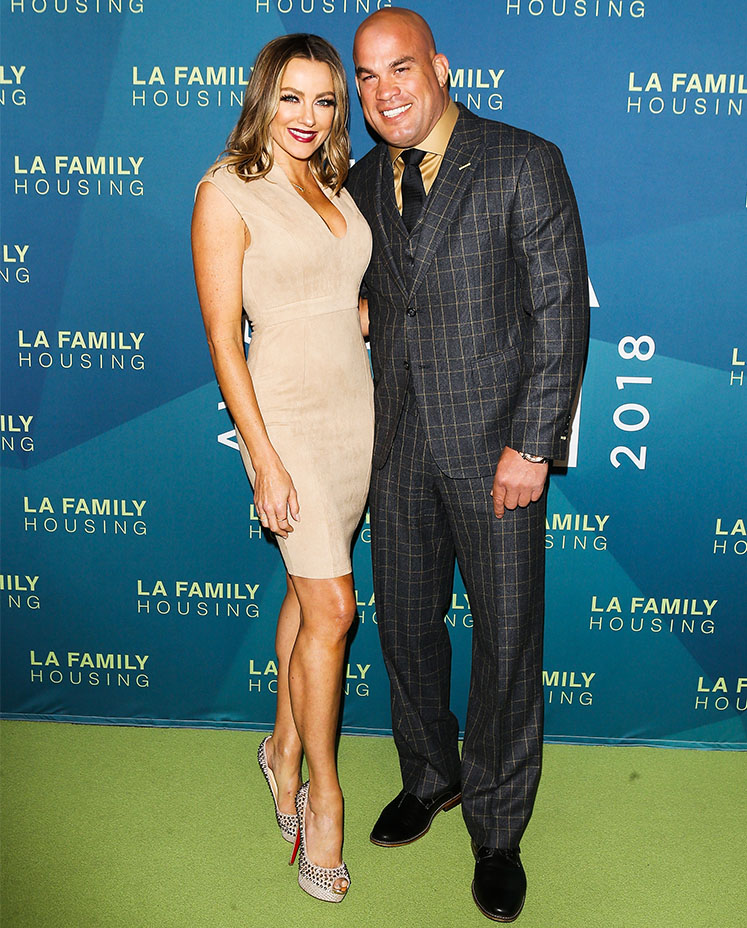