For a town that’s supposedly very liberal, Hollywood this summer has looked like the most conservative, stuck-in-the-mud and unimaginative place in the country on the basis of the films it has released.

Since I returned from the Cannes Film Festival at the end of May, every single film I’ve reviewed has been part of a (largely tired) franchise or else a remake. And with one exception, Toy Story 4, they’ve mostly been bad, weary and entirely unnecessary, other than as perceived money machines. Several of them haven’t even been that.

Other than Pixar’s exemplary contribution, here’s the rogues’ gallery of unoriginals from May through mid-July: John Wick: Chapter 3 —Parabellum, Aladdin, Godzilla: King of the Monsters, Dark Phoenix, The Secret Life of Pets 2, Men in Black: International, Shaft, Annabelle Comes Home, Child’s Play, Spider-Man: Far From Home and The Lion King.

From the evidence of this summer, there’s a paralyzing lack of creativity accompanying a growing awareness that many of the blockbuster franchises that have defined the past decade or so are either officially done for or on the wane. No wonder audiences are looking elsewhere for their audiovisual enthusiasms.

As a lifelong film freak, as we were once called, and big-screen loyalist, I take no pleasure in saying this. A decent-enough Cannes this year sustained the notion that vibrant and ambitious films are still being made in various parts of the world, and we’re all aware that lots of the serious — and seriously entertaining — work being done now turns up on small rather than big screens. Still, the lack of imagination and daring displayed by what comes out of “Hollywood” feels both risk-averse and heavily corporate, at a time when the number of “major” studios is being whittled away. And other than for Disney, the idea that a film studio should have an identity is gone with the wind.

Still, before becoming too nostalgic about how we imagine things used to be in long-ago times abundant with summer dates, double-bills and wonderful nights spent in drive-ins or escaping the heat in “air-cooled” movie theaters, it might be instructive to look back a few years to lend our remembrances of films past a bit of a reality check. What were we, or our parents, seeing onscreen during the last five decades of summers, which might well have acquired the crust of a certain nostalgia in the interim? How do they rate against summer fare being served up these days?

In the interest of assessing our possibly idealized memories, I’ve gone back to identify some of the films — the good, the bad and the ugly — released during the summers of the final year of each of the past five decades, beginning with 1969. It hasn’t always been a pretty picture.

1969 was a great summer for Westerns, specifically because the old and new were so dramatically contrasted by True Grit and The Wild Bunch — they opened a week apart. And bracketing those, at the ends of May and July, respectively, were Midnight Cowboy and Easy Rider, with Woody Allen’s feature debut, the mangy and hilarious Take the Money and Run, shortly to follow. However, that was about it, as the remainder of the summer releases only proved how out of touch and clueless Hollywood was as to changing audience tastes.

Among the summer’s jaw-dropping fiascoes were Jerry Lewis’ Hook, Line and Sinker, 20th Century-Fox’s Che (with the Egyptian Omar Sharif in the title role) and the same studio’s almost equally ridiculous The Chairman, comedy team Rowan and Martin’s ill-fated attempt to cross over from their TV celebrity as Laugh-In hosts to movies with The Maltese Bippy, and, perhaps best forgotten, The Gay Deceivers, about two straight guys who pretend to be gay to get out of the military draft. The attempt to be “with it” was simply irresistible during the summer of the Apollo 11 moon landing, Woodstock and the Manson murders. 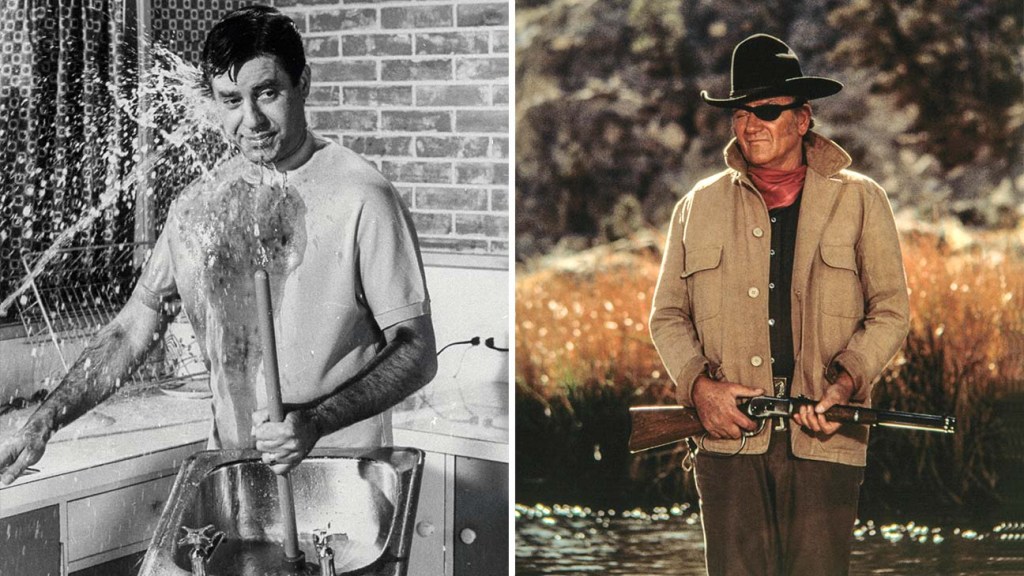 A decade later, in 1979, the studios and marketing gurus had righted the ship, and this summer is notable for the quality as well as the wide-ranging nature of the films that appeared. Bracketing the summer are two of the modern era’s landmark films, Ridley Scott’s instant sci-fi horror classic Alien and Francis Ford Coppola’s long-awaited and staggering Apocalypse Now.

In between was a lineup that feels like a near-perfect mix: inspired lunacy (Monty Python’s Life of Brian), popular comedies (Meatballs and The In-Laws), a big Bond (the nutty Moonraker), horror landmarks The Amityville Horror (which ended up as the No. 2 grosser of the year), Phantasm and Patrick, a popular sequel (Rocky 2), kids’ stuff (The Muppet Movie), a strong Clint Eastwood (Escape from Alcatraz), a big-star romantic comedy (The Main Event) and an insane horror indie, Abel Ferrara’s early The Driller Killer. What more could you want from a movie summer? 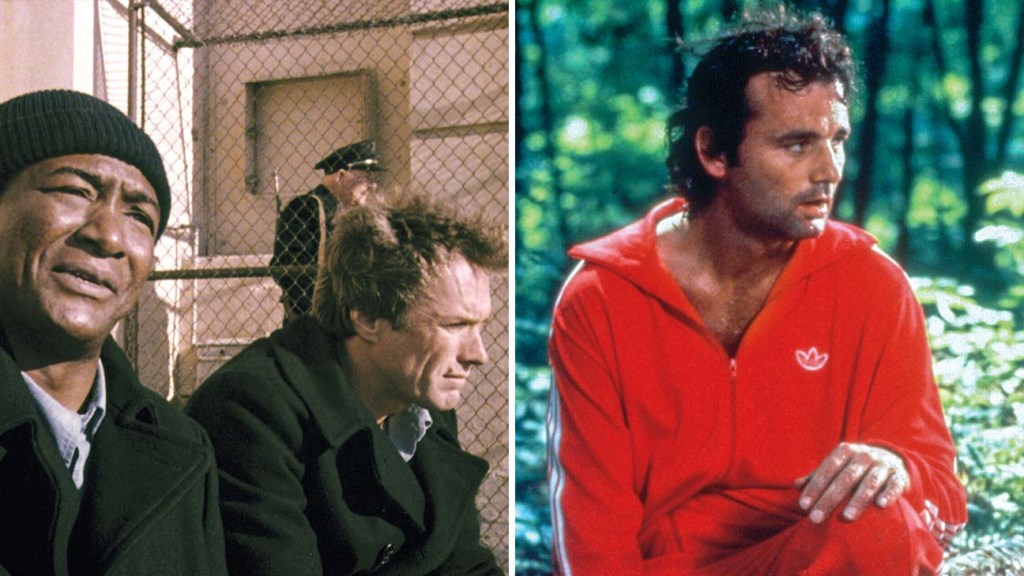 Ten years on, in 1989, sequels had become entrenched as summer lynchpins as far as the big studios were concerned. The most successful film of the summer and, in fact, the whole year was the very first Batman, and we’re still feeling the ripples from that. Trailing right behind it were Indiana Jones and the Last Crusade, Ghostbusters II, Lethal Weapon 2, The Karate Kid Part III, Star Trek V: The Final Frontier (is that so?), Friday the 13th Part VIII: Jason Takes Manhattan and the 18th James Bond installment, License to Kill.

It’s daunting even to think about seeing all these in a short period of time. The big non-sequel hit of the summer was When Harry Met Sally, followed by Dead Poet’s Society. Two bright rays of light, and signs of things to come, shot through the factory-produced fodder in the arresting form of Spike Lee’s Do the Right Thing and Steven Soderbergh’s sex, lies & videotape, but that was about it.

1999, the summer of the climactic year of the century of cinema, was a decidedly lackluster one, with scarcely anything you’d consider going back to see a second time, beginning with the then-eagerly consumed, now dreaded Star Wars: Episode 1 — The Phantom Menace. The surprising No. 2 film of the summer and year was The Sixth Sense, and it’s still hard not to groove on Austin Powers: The Spy Who Shagged Me.

But other than that, does anyone ever speak nostalgically about or even remember the popular likes of The Mummy, Big Daddy with Adam Sandler, Disney’s animated Tarzan, American Pie, The Haunting, Muppets From Space or, unimaginably, Wild, Wild West with Will Smith? Stanley Kubrick’s posthumous Eyes Wide Shut came out in July, leaving people not quite sure what to say about it, but three times the box office was generated by the simultaneously released no-budget shocker The Blair Witch Project. Escaping to 2000 seemed like a relief at the time. 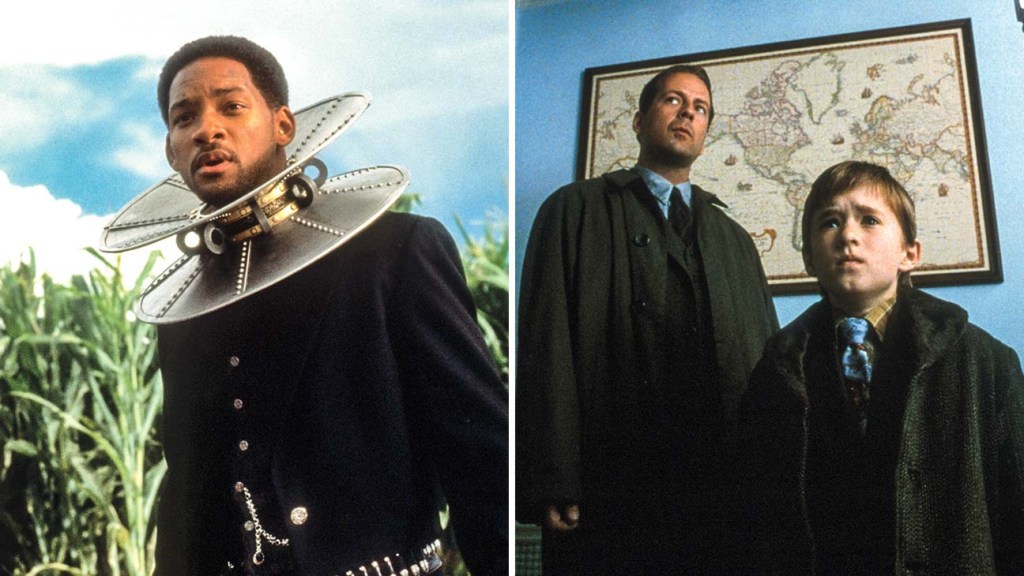 And then 2009. But what did the new century actually deliver? Nothing much new, in fact, with seven of the films that ultimately ended up among the top ten grossers of the year — installments in the X-Men, Harry Potter, Ice Age, Transformers, Star Trek and Da Vinci Code series, along with the first Hangover feature — coming out during the summer.

June also saw the release of The Hurt Locker, a rather risky move; in this day and age, would a distributor hoping for Oscar attention for such a film nine months later debut it this early? Very doubtful. Other than for Pixar’s Up and (500) Days of Summer, however, very little else of creative or comedic interest enhanced the year’s days of summer.

To understand the difference between this year and those that came before, you need only read the handwriting on the wall — that is, that the 100-year history of the public going to movie theaters, of sharing the experience of a film with a large room full of strangers, may be on the wane, or even doomed to virtual extinction. We’ve recently been inundated by think-pieces and speculations about whether public filmgoing has a future and if the “cinema,” as it’s been known for a little over a century now, has already started a long fade to black.

The common and true argument is that narrative novelty, diverse stories, exciting new writers, directors and actors, and welcome surprises are everywhere to be found on home screens, while most of what plays in theaters is big, safe and familiar.

However, as the above assessments show, the major film companies have mostly been playing it safe during the summer for decades; it’s just that now they’re being more cautious than ever (albeit with unreliable results) and are showing no signs of novel and imaginative thinking. Is there any 2019 major summer film that demonstrates any real risk, surprise or daring?

I think we’ll have to look elsewhere.

A version of this story appears in the July 10 issue of The Hollywood Reporter magazine. To receive the magazine, click here to subscribe.