The flashy metallic suit jackets, jazzy zebra prints and squared-off, lemon-tinted glasses found in Tom Ford’s fall 2018 menswear collection — staged at a no-frills runway presentation on Tuesday evening at the Park Avenue Armory in New York — immediately brought to mind a 1980s and early 2000s-inspired sense of flamboyance. (A soundtrack including remixed ‘80s classics like Hall & Oates’ “I Can’t Go for That (No Can Do)” certainly helped, too.) 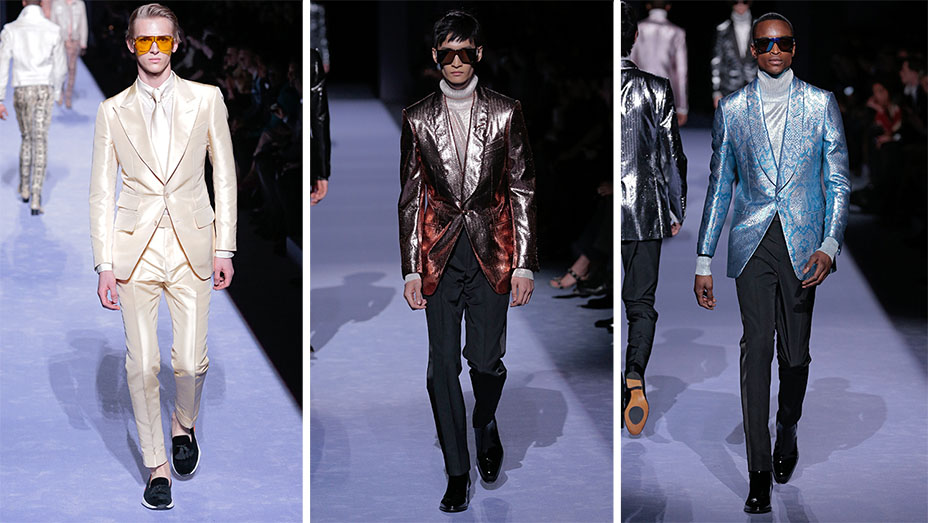 With such tangible nostalgic flairs, it seemed like it was more than a coincidence that Sebastian Stan and Lucas Hedges — two actors whose Oscar-nominated films took place in the late 1980s (I, Tonya) and 2000s (Lady Bird), respectively — were seated front-row. Watching models parade past in turtlenecks tucked neatly under blazers, one could not help but recall the many glorious turtlenecks worn by Stan in his role as the less-than-savory Jeff Gillooly (at least, I couldn’t) or the gravitation of Lady Bird’s titular character toward sugary pinks and dingy pastels.

However, a lone mullet hairstyle aside, the collection was not by any means an overt homage to the past. The designer showed a thoroughly contemporary ready-to-wear collection with pieces for the more casual consumer — a market that Ford says he’s learned to embrace since moving to Los Angeles from London, where the suit-and-tie look is the standard. 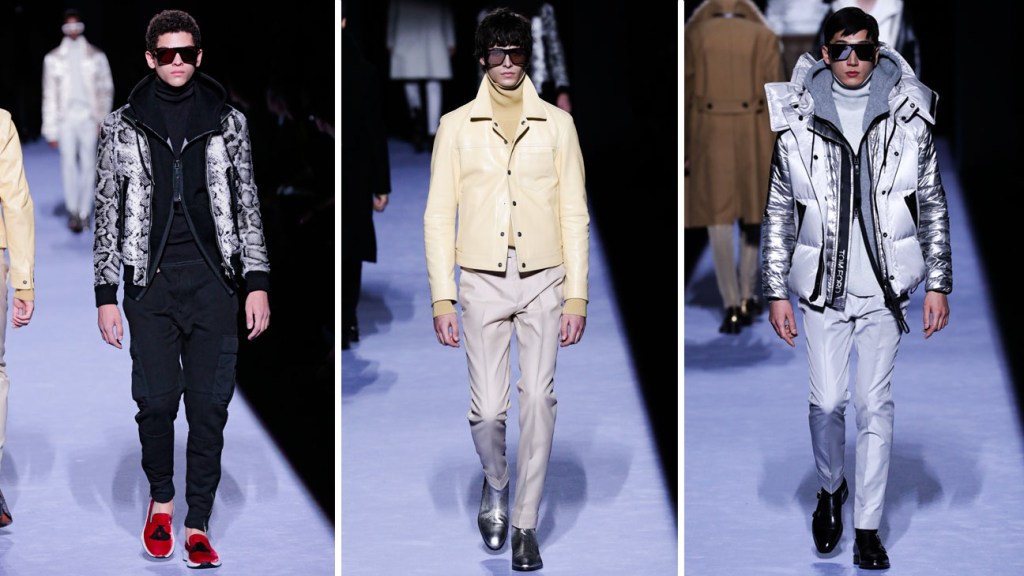 Laceless sneakers (a kind of boat shoe/athletic shoe hybrid) with traffic cone orange soles and a pair of drop crotch black sweatpants with cargo pockets lent to the sportier, dare I say athleisure, vibe, as did an apres ski-inspired silver puffer jacket so voluminous it looked as though it could double as a flotation device. The garment was saved from appearing comical thanks to Ford’s eye for proportion and fit.

Also on display at Tuesday’s presentation was an eveningwear offering — a colorful collection of tuxedos in familiar silhouettes made new with raw silk textures, electric hues and mixed patterns — and the debut of his men’s underwear collection (which made for quite the finale, by the way).

Stan and Hedges, both looking sharp and definitively of the year 2018 in Tom Ford suits (this time it was Hedges who wore the turtleneck), were two of a number of Hollywood’s finest who dotted the starry front row. Ciara and Russell Wilson, Trevor Noah, Halsey, Pusha T, Cameron Dallas and Patrick Schwarzenegger (the Governator spawn and pizza entrepreneur who had previously modeled in a Tom Ford campaign) were among the guests taking Ford’s first menswear show in New York. 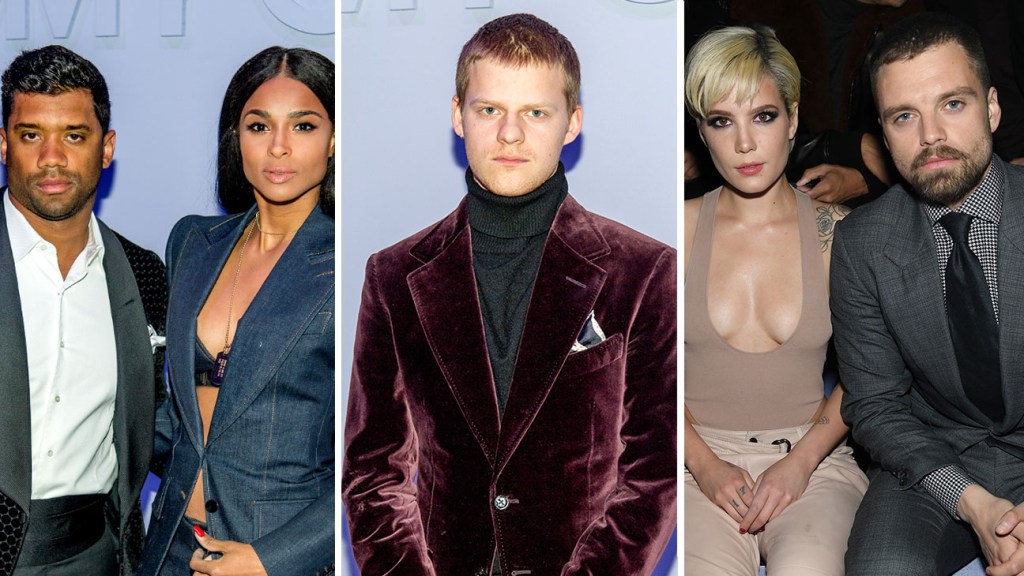 “Something I admire about him is that he’s going out of that and gearing into more everyday clothes — jeans, shoes, casual wear,” said Schwarzenegger, a casual California kid himself, who was outfitted in a cerulean blue velvet Tom Ford blazer for the occasion.

Under the runway’s bright spotlights, the collection appeared as the perfect fusion of Hollywood’s current infatuation with all things ‘80s (one model with a lush head of hair bore an uncanny resemblance to Stranger Things‘ Joe Keery and his legendary locks) and L.A.’s own take on luxury wear — not unlike what you’d imagine finding in the closet of every miserable Beverly Hills kid in a Brett Easton Ellis novel.

That said, Ford’s legendary tailoring and craftsmanship is what will likely continue to draw customers.

“One thing I always loved about Tom Ford’s suits was the strong shoulder, the strong chest,” said Noah, outfitted in a textured blue velvet look handpicked for the Daily Show host by the designer himself. “Something that’s not always easy to do in tailoring is to get a shoulder that doesn’t slouch with the human being, it’s something that stands on its own. It’s difficult especially when it’s off the rack, which is something that Tom does really well.”

Ford will show his womenswear collection at the same venue on Thursday.