Jamie Lloyd’s Pinter on Pinter season of 20 one-act pieces has already been a roaring success, so it may seem odd that the director should formally conclude it, atypically, with the Nobel-winning playwright’s full-length Betrayal. Yet the proof of the pudding reveals a showman’s masterstroke.

With a young, absurdly attractive cast led by Hollywood favorite Tom Hiddleston, dynamically minimalist staging and an invitation to the audience to rethink its sympathies, Lloyd presents a subtly fresh take on one of Harold Pinter’s greatest plays. It’s a brave, sexy, at times emotionally intense, bravura production.

The presence of both the big-screen Loki (Hiddleston) and the small-screen Daredevil (Charlie Cox) together onstage can’t be ignored. And how apt that the scheming villain with a destructive sense of entitlement and a supposed hero so damaged and dark that it’s easier to root for his adversaries should have segued to Pinter’s love triangle. What woman would want to be stuck between those two?

But back to the more rooted, bourgeois business at hand. Hiddleston is Robert, the publisher whose gallery-curating wife Emma (Zawe Ashton) has conducted a seven-year affair with his best friend Jerry (Cox), a literary agent. Pinter’s great conceit, of course, was to tell his drama backwards — opening two years after the end of the affair, then casting back through its final days, then its heyday, to its beginning. 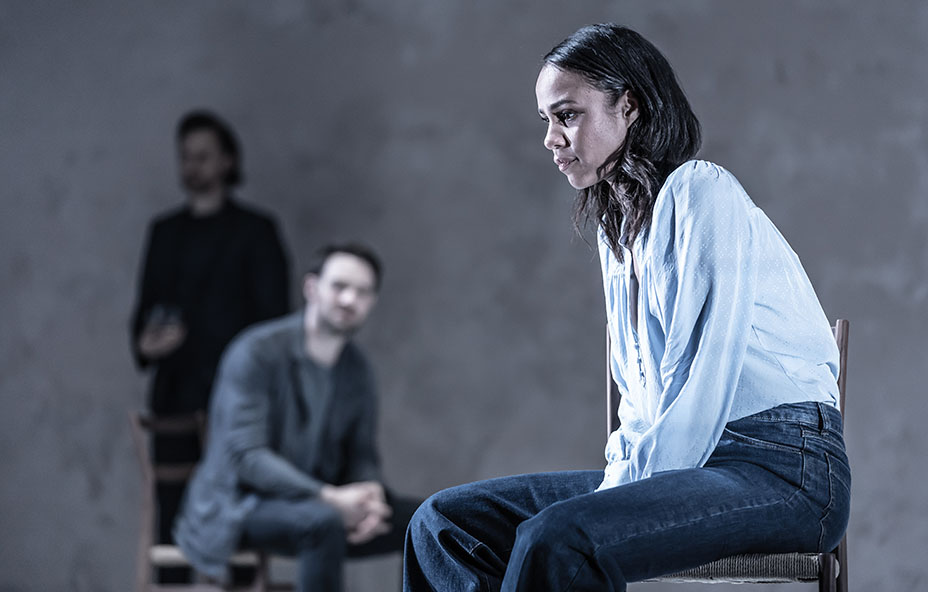 The opening scene between the now ex-lovers — a comic, sad, rather pitiable exchange — establishes the ripples that will run through that reverse course, not least the knowledge of the affair’s ultimate failure and Emma’s revelation that Robert knew about it for years, despite the complacent Jerry’s assumption that he didn’t.

Lloyd ensures that he reaps all the rewards of that strategy, and then some. Every subsequent scene is loaded with our knowledge of betrayals that have taken place, or will — as well as infidelity, the lies, concealments and emotional disappointments between husband and wife, between lovers, between friends.

And so during Robert’s machismo-flavored insistence that Jerry join him in a game of squash, or his drunken literary rant aimed at one of Jerry’s writers (Hiddleston is boisterously funny as he attacks his prosciutto and melon), we know that he knows, even if Jerry doesn’t. Equally, Lloyd’s decision to keep each of the actors on stage throughout the play, even when they’re not participating, and his expert choreography of their movements, underlines the sense of characters and their misdeeds lurking in the shadows of every scene.

Where to locate the true emotion within all this deceit? It’s normal to see Emma as the most wounded of the parties, the one leaving an abusive relationship for the hope of another, only to be let down by the ineffectual Jerry, who will never leave his own (unseen) wife; this was certainly the strongest impression of the last London production, with Kristin Scott Thomas devastating as Emma.

While this dimension remains, Ashton (Velvet Buzzsaw) plays it more elusively, her Emma often hiding behind inscrutable smiles; but now and again the façade breaks, silently, privately, and she becomes incredibly moving. 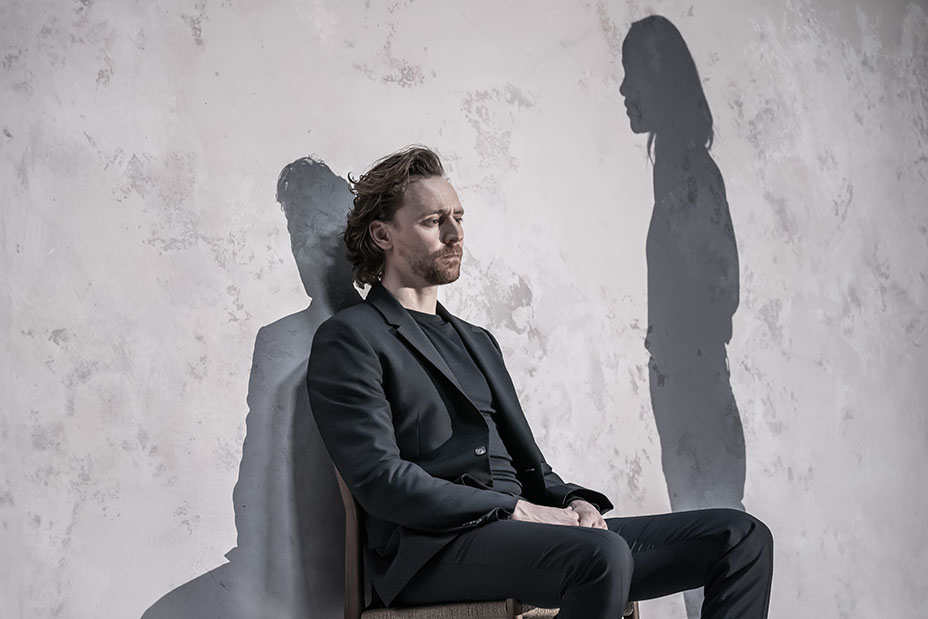 At the same time, Lloyd and Hiddleston have dramatically softened Robert, making him more than usually sympathetic. Hiddleston is superb, in fact, alternately smoldering, bristling, comic and crying, offering the character’s icy aloofness and manipulativeness, but also showing vulnerability, particularly in the powerful scene in Venice when Robert fishes for an admission of infidelity from his wife.

Again, the production adds reverb of its own: Could Robert’s later cruelties be defensive gestures, and even his declaration to Jerry that he has beaten his wife a lie, to conceal his own pain? A desperate, momentarily passionate, touching attempt at intimacy between Robert and Emma, Robert’s fond cradling of his daughter, and his embrace of the others at the party that marks the beginning of the end all allow for that possibility.

Jerry is the lesser role, a bit of a damp squib, really, though Cox makes the most of the character’s hilarious hypocrisy — in his constant assertion that he’s Robert’s oldest and best friend, and his own feeling of betrayal because no one told him that he’d been outed as a cad. However, the lack of a spark between the understated Cox and Ashton is the evening’s weak link, leaving little evidence of substance to such a long and supposedly meaningful affair.

Designer Soutra Gilmour offers simple elegance everywhere you look: the pink marble-like backdrop, the bare, strategically revolving stage, the costumes — Ashton in blue blouse and flared jeans, Cox in jeans and jacket, Hiddleston a closely tailored suit, the three of them beautifully groomed and ensuring that no eyes will leave the stage.

“Well, it’s nice, sometimes, to think back, isn’t it?” says Emma blithely at the outset. Lloyd, who also directed an uproariously good The Hothouse in 2013, again makes the most out of Pinter’s morbid sense of irony.