As a kid, Tom Holland was more interested in pursing a career in dance than in acting. But Hollywood, it seems, had other ideas. After a three-year stint onstage as Billy Elliot at the Victoria Palace Theater, the London teen put himself on tape for a part in J.A. Bayona’s The Impossible. Bayona liked what he saw and asked for a meeting. It was an unconventional audition, given that the director pushed Holland to write a heartfelt letter to his mother and then recite it. “As I read it, I started crying. He loved the emotion and gave me the part,” Holland recalls. The movie about a family caught in the 2004 Indian Ocean tsunami became an international breakout hit ($180 million worldwide) and put the young actor on Hollywood’s radar, leading to his first studio project, a supporting role Ron Howard’s In the Heart of the Sea. But up to that point, nothing compared to landing the coveted Peter Parker gig for Sony’s reboot of the Spider-Man franchise, one of the biggest, most iconic properties in the entire Marvel Universe. Following in the footsteps of Tobey Maguire and Andrew Garfield, the 20-year-old actor who still calls London home (“There’s not many judgmental people, which I love”) hopes to bring the nearly $4 billion franchise back to its former glory come July 7, 2017. The Jon Watts-helmed film wrapped in October, but the press onslaught is just beginning. During a visit to New York for the world premiere of his upcoming dramatic thriller The Lost City of Z, Holland sat down with THR to discuss how he literally flipped for the web-slinger role, why the competitive casting process was as cutthroat as The Hunger Games and how many movies he will appear in as Spider-Man.

Were you a Spider-Man fan as a kid?

Huge. I reckon I had 30 Spiderman costumes over the years since I was a little baby. I had Spiderman bed sheets. Two years ago, I went to a fancy dress party dressed as Spiderman and looked like an absolute idiot. About a year afterwards, they announced they were recasting it, and I rang up my agents and was like, “Please, please get me an audition.” And they said they’ve actually requested for you to do a self-tape.

Zendaya Responds to 'Spider-Man' Casting Controversy, Mary Jane Rumors: "People Are Going to React Over Anything"

What did you put on your tape?

I was a gymnast when I was a kid, so I did a backflip, just to show Marvel that I could do that sort of stuff. I was like, “Hi, I’m Tom Holland.” Backflip. “I’m from London.” Side flip. “I’m five-foot-seven.” Front flip. I had a lot of fun making those tapes.

How competitive was the casting process?

When we did the screen tests, there were six of us all in this room waiting to audition. It felt like The Hunger Games. [laughs] It was a real weird atmosphere because there’s all these kids who really, really want this role. They were like, “We’ll let you know tomorrow.” Then you find out a month later what the verdict was.

I actually haven’t been in contact with them. But it’s so lucky because I’ve got five movies that I can draw from. I watched every single one years before I even got cast in this movie. And then we watched them all again and just picked little things that I thought was great and that I’d like to keep.

How does Peter Parker differ this time from his previous two incarnations?

You’ve seen the billionaire, the scientist, the soldier. Now it’s time to see the kid. And every decision we make on set is based off how would a kid react in this situation, so every fight scene we have is designed in a way that’s almost child-friendly, so he never actually punches anyone. It’s all done kind of by accident. I think the biggest difference is his youth and innocence.

Next Gen Talent 2016: Hollywood's Rising Stars 35 and Under

You are required to keep plot details secret. What are your techniques?

Just avoid a question and tell a funny story. Or say, “It’s best for the movie that I don’t tell you about this particular scene or this particular character. The suit has special abilities because it’s made by Tony Stark, and that is one of the most frequently asked questions, like “What does it do?”

How many more movies are you signed on for as Spider-Man?

They give you options, and those could be exercised whenever. Like a cameo in Avengers. I’m unclear as to which movies, though. I do know I have three Spider-Man movies and three solo movies contracted. But if you have another movie, Marvel is so good at working around it. They’re very respectful of your life, really. They understand that you have to work on other movies, and they try and fix it up so you can work around each other. 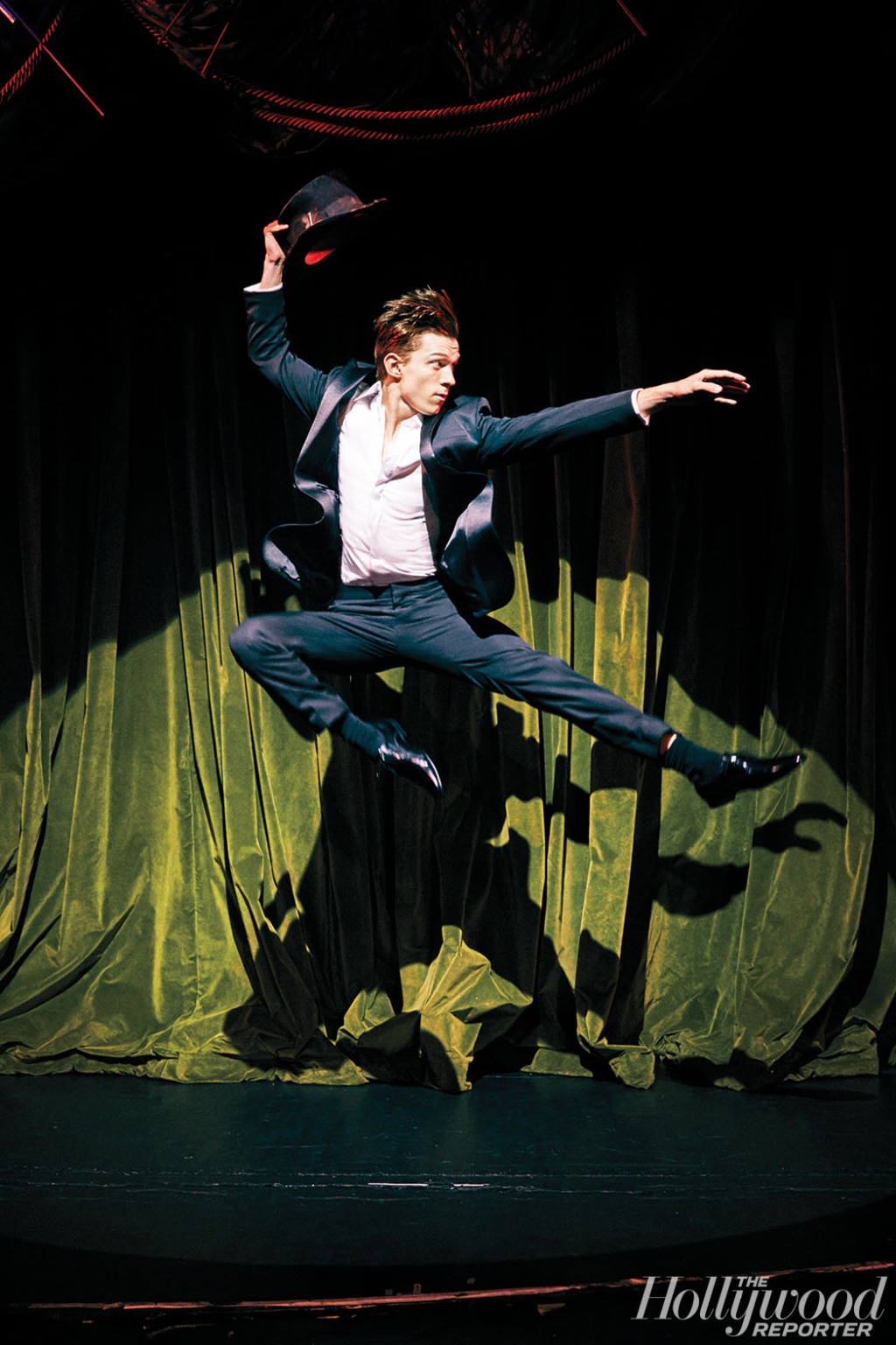 What was harder to film, Spider-Man or Lost City of Z?

Spider-Man. City of Z was tough because we were in the jungle. But we were about two months into Spider-Man and I said, ‘When do I get my break?’ They were like, “You don’t.” We had one week where every shot I did was upside-down. It was just brutal.

You’ve done a lot of dancing in your career. Does Peter Parker bust any moves?

Yes. There is a moment where he dances, and it’s so funny. It’s not good dancing. The internet has perceived me as this fantastic dancer. I can still do a couple pirouettes, but I am by no means a proper dancer.

Who are you dying to work with?

Leonardo] DiCaprio, [Martin] Scorsese, [Quentin] Tarantino, Tom Hanks, Denzel Washington. Alejandro Inarritu. I want to work with Bayona again. I keep emailing my agent about it. Even the smallest role, I’ll do it.

I don’t know if I’m available for that. We had a chat one time. There is a role there, but I don’t think I’ll be available to do it, unfortunately.

You directed the short Tweet. Do you want to direct features?

That’s the goal. My five-year goal is to direct a feature film, an indie feature film. I have no idea what it’s about. 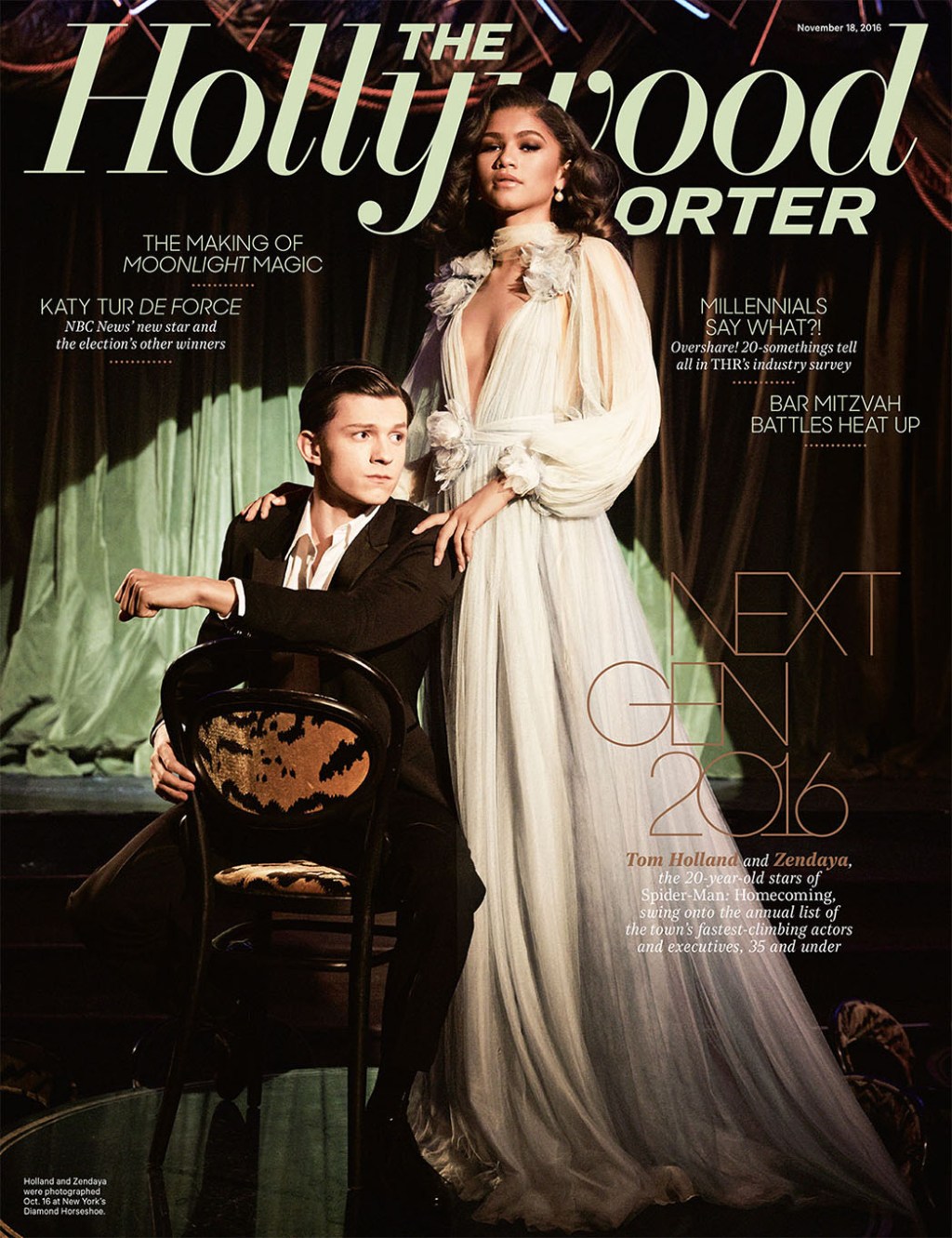