Hearing Tom Holland’s name typically evokes images of a web-slinging Peter Parker on a quest to save the world while getting the girl, an occupational hazard of starring as Spider-Man in the Marvel Cinematic Universe.

Some of that surely will get displaced once global audiences get introduced to his latest character, Arvin Russell, a brutal and bloodied young man on a quest to fight the forces that have threatened his family in Antonio Campos’s The Devil All the Time.

'Spider-Man: No Way Home' Returning to Theaters With Added Footage

All of the above — minus Pattinson (who recently tested positive for COVID-19) and Keough — attended Netflix’s virtual premiere and post-show Q&A Thursday night along with moderator Danny Leigh. The journalist, author and host pointed out that it’s Holland’s character who shoulders the responsibility of being the glimmer of hope in an otherwise dark gothic tale of twisted faith, revenge and the sins of a set of small-town residents.

“He’s definitely … the glimmer of light in this film in the sense that he’s always just trying to do the right thing,” Holland said to Leigh about Russell’s intentions that are not that far off from Mr. Parker if it weren’t for the context. “It just so happens that in this film doing the right thing means killing people.”

Taking a chance on dark material required Holland to take a “leap of faith” in the material and in director Campos. “I had to put a lot of trust in Antonio because this is not the type of movie I’ve typically made in the past. I was really nervous and scared coming on set for the first time. I didn’t know I had it in me to play this type of character. I was really lucky to have the cast that we have to support me and to have Antonio as the director and captain of the ship.”

He also said it required leaps in other directions.

“I had to go places mentally that I didn’t know I could go to or don’t think I ever want to go again,” he said with a laugh. “It was an amazing process and I’ve seen the film and I’m very proud of it. I’m really eager for people to see and enjoy it.”

The Devil All the Time hits Netflix Sept. 16. 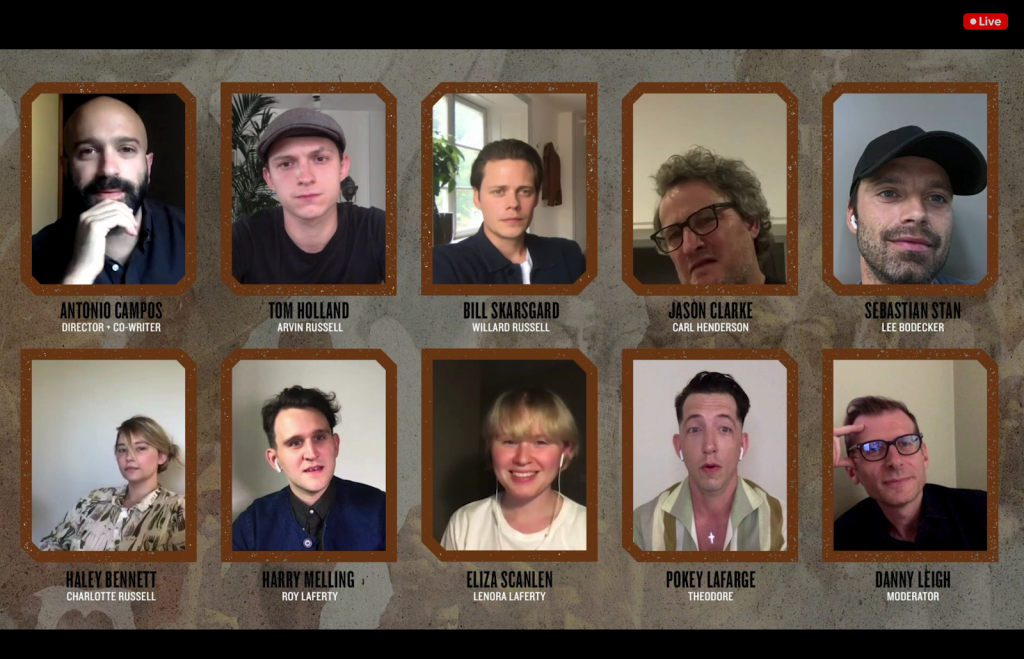