Tommy Rall, the actor and acrobatic dancer who displayed his athletic dexterity in the classic MGM musicals Kiss Me Kate and Seven Brides for Seven Brothers, has died. He was 90.

On Broadway, the dynamic Rall performed for famed choreographers Jerome Robbins, Agnes de Mille and Gower Champion and appeared in productions including Miss Liberty, Call Me Madam and Milk and Honey.

Later, he showed up as Barbra Streisand’s princely dance partner in the parody of Swan Lake in Funny Girl (1968) and shared a vaudeville tap number to “It’s a Girl” with Steve Martin in Pennies From Heaven (1981).

Rall sparkled in the roles of Bill Calhoun and Lucentio in George Sidney’s adaptation of Kiss Me Kate (1953), teaming with Ann Miller on a rooftop for the lovely “Why Can’t You Behave?” number and with Miller, Bobby Van, Bob Fosse, Jeanne Coyne and Carol Haney in the thrilling Elizabethan-costumed finale to Cole Porter’s “From This Moment On.”

In Stanley Donen’s Seven Brides for Seven Brothers (1954), Rall portrayed the hot-headed Frank Pontipee, the brother who marries Betty Carr’s Sarah in the movie, and he leaps, flips and log-rolls in the memorable barn-raising brawl sequence.

Rall also played newspaper reporter Chick Clark and participated in an alleyway “challenge dance” with Fosse in a bid to win Janet Leigh’s affections in Columbia Pictures’ My Sister Eileen. And in another 1955 release, Universal’s The Second Greatest Sex, he portrayed the missing husband of Kitty Kallen’s character, performed in a frenetic square dance and swung from a chandelier.

Rall also worked in Gene Kelly’s Invitation to the Dance (1956) and in the circus-set Merry Andrew (1958), directed by Seven Brides choreographer Michael Kidd.

Patricia Ward Kelly, the widow of dance legend Kelly, wrote that the “dance world lost a giant figure” with Rall’s death. “Back in 1988, when I asked Gene what he thought about other dancers, he said, without hesitation, ‘The best all-around dancer we had over at MGM was Tommy Rall. He could do anything and do it better than any other dancer.’ “ 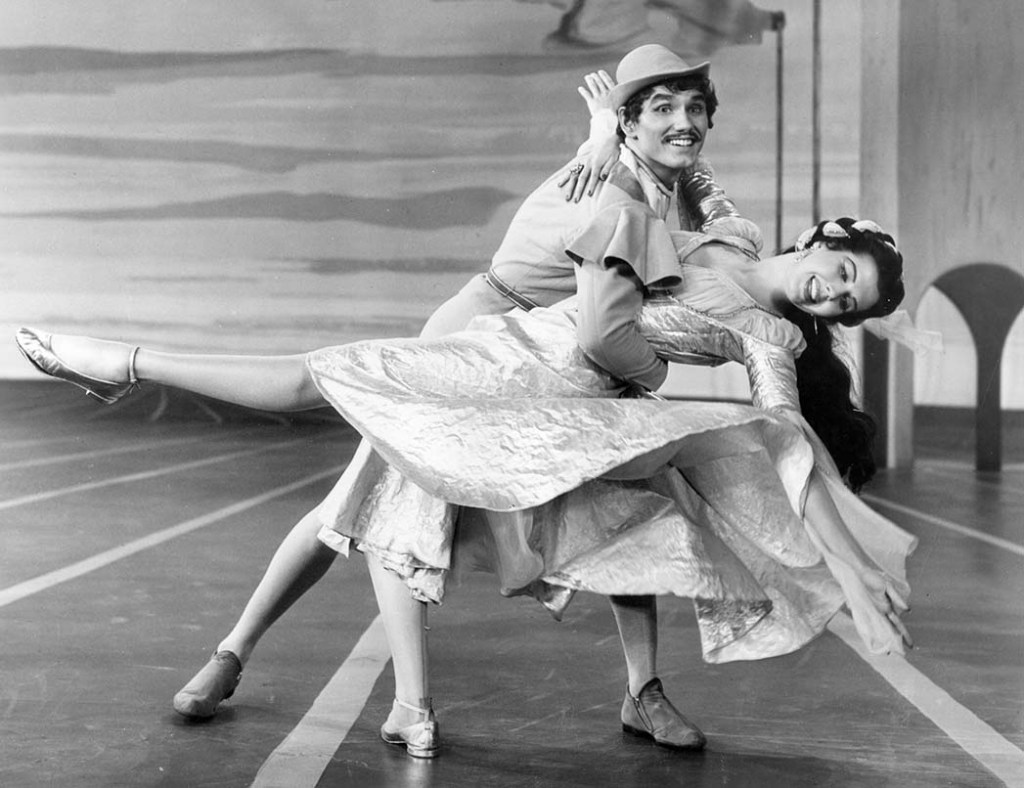 Born on Dec. 27, 1929, in Kansas City, Missouri, Thomas Edward Rall was raised in Seattle. His mother enrolled him in dance lessons at age 4 — he had trouble with his eyesight, which she feared would limit his career opportunities — and soon he was performing in a vaudeville act.

After he and his family moved to Los Angeles, Rall signed with Universal and performed with a tap-dance group called the Jivin’ Jacks and Jills in such movies as What’s Cookin’ (1942), featuring The Andrews Sisters, and Mister Big (1943), starring Donald O’Connor.

At 14, he began touring with the Ballet Theatre company, which took him to Broadway in 1946 to perform for Robbins. Two years later, he danced in Look, Ma, I’m Dancin’!, starring Nancy Walker, and Small Wonder, choreographed by Champion, then served as a principal dancer in two more Robbins musicals, Miss Liberty and Call Me Madam.

After his flurry of movie musicals plus non-dancing roles in the 1956 films World in My Corner and Walk the Proud Land, both starring Audie Murphy, Rall returned to Broadway in 1959 to work alongside Shirley Booth, Melvyn Douglas and Jean Stapleton in Juno (he received an Outer Critics Award for that), then sang, dance and acted in Jerry Herman’s Milk and Honey, which debuted in 1961.

Survivors include his wife, Karel Shimoff, a ballerina whom he married in 1967, and son Aaron.

“You have to love music and dance because this business is so difficult,” he once said. “If you don’t love the art and just want to be a star, then I think you’re a dead duck. I don’t think you could stand it otherwise.”