Tony Charmoli, the three-time Emmy-winning choreographer and Broadway veteran who directed Shirley MacLaine and Mitzi Gaynor in splashy TV specials during the 1970s, has died. He was 99.

One of the top choreographers in TV history, Charmoli died Friday at his home in the Hollywood Hills, his friend, Paul Manchester, announced. They collaborated on a 2016 book of Charmoli’s “adventures” titled Stars in My Eyes.

Charmoli made his Broadway debut as a dancer in 1947 in Dear Judas and went on to choreograph such shows as Eddie Fisher at the Winter Garden in 1962 and direct MacLaine’s revue on the Great White Way in 1976.

He received one of his Emmys and a DGA award for choreographing MacLaine’s 1976 CBS special Gypsy in My Soul — he introduced her to the Hustle for that — and worked with the star a year later on another CBS showcase, Where Do We Go From Here?

“We always had a wonderful time shooting with Mitzi,” he noted. “Her energy spills over onto everybody.”

Charmoli partnered with the Muppets and Bob Denver and with brothers Sid and Marty Krofft and directed for the syndicated series Star Search and for the Miss Universe and Miss USA beauty pageants. More recently, he worked with a new crop of stars — Justin Timberlake, LeAnn Rimes and Beyoncé among them.

The last of nine children, Charmoli was born in 1921 in Mount Iron, Minnesota, to Italian immigrants. At age 16, he traveled by himself by bus to intern as a dancer for a summer at Jacob’s Pillow in Becket, Massachusetts. On the following Valentine’s Day, he met Wilford Saunders, the man he’d spend the rest of his life with.

During World War II, Charmoli and Saunders enlisted in the service. He served as operations officer for the 43rd Fighter Squadron in the U.S. Air Force and organized shows in the jungles of Panama to keep the troops entertained, and Saunders was a secretary to Gen. Dwight Eisenhower in Europe. 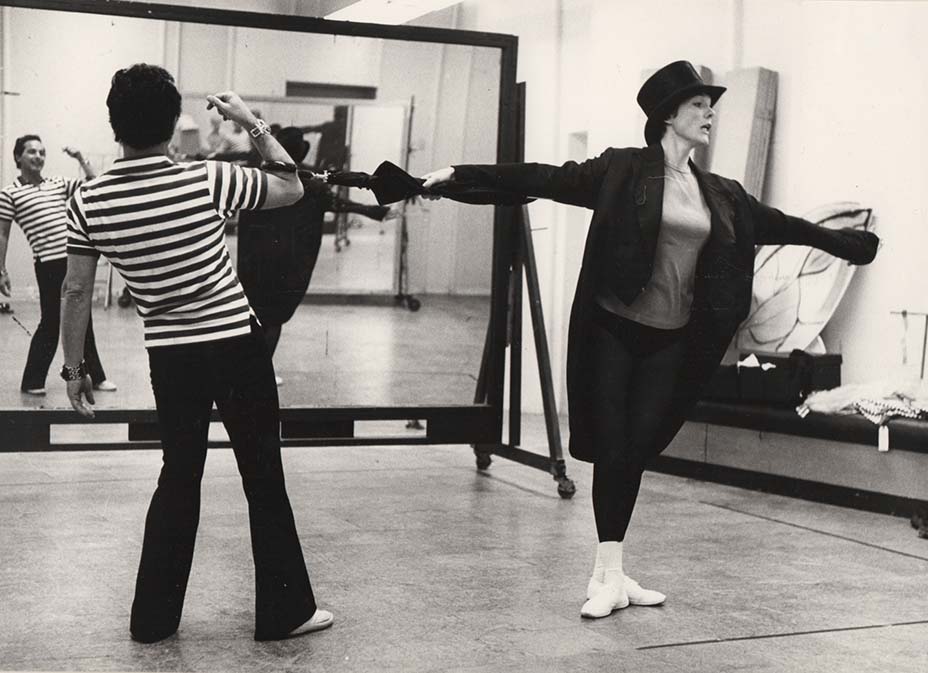 In 1948, Charmoli danced on Broadway in Make Mine Manhattan, then gave his part to Fosse when the show embarked on a national tour. When Fosse returned, Charmoli found him work as a dancer on the TV shows he was doing.

Charmoli came to television in 1949 as a choreographer on ABC’s Stop the Music, then joined NBC’s Your Hit Parade, for which he received his first Emmy in 1956. He moved to Los Angeles to take a position on Shore’s variety program.

In 1981, he staged musical numbers for Broadway’s Woman of the Year, starring Lauren Bacall in a Tony-winning performance.

“He was more interested in finding movements that worked for the performer and the context rather than forcing a fixed style on every project he did,” Manchester noted. “He also believed that the camera needed to be choreographed just as much as the dancers, and from the very beginning of his career, he always blocked the camera movements before every shoot.”

Saunders, who also served as Charmoli’s business manager, died in 1999.

Survivors include his niece, Dorothy Batinich, her husband, Nick, and their children, Greg and Lisa; his longtime assistant, Robert Jowers; and friends Joe Stewart and John Shaffner.