Tina Fey and Jeff Richmond have been married for 17 years and collaborating for even longer, from their roots at Chicago’s Second City to Saturday Night Live, 30 Rock and Unbreakable Kimmy Schmidt. But when they started working together on the musical adaptation of Fey’s 2004 film, Mean Girls, one thing was different: Now, they were in the same room together.

“On 30 Rock, we would be not necessarily occupying the same creative spaces all the time,” Richmond says. “She would be writing the script, and then I would be off in another room writing the songs. This was different. But it was very enjoyable!”

Now, Mean Girls has earned 12 Tony Award nominations, including best musical, as well as nods for Fey’s book and Richmond’s original score, which he wrote alongside lyricist Nell Benjamin. And these former theater kids from Pennsylvania (Fey) and Ohio (Richmond), who grew up on high school productions and summer stock, are thrilled to be accepted into the world of Broadway.

The Hollywood Reporter‘s chief theater critic, David Rooney, called the show “a genuinely funny sugar treat with a lot of heart.” Audiences also have extended a warm welcome; the production has consistently been playing to sellout houses at the August Wilson Theatre, grossing a hefty $17 million in just 12 weeks.

In the run-up to the Tony Awards on June 10, THR caught up with Fey and Richmond to discuss the process of writing a musical, what’s different from the film and how the message of a 14-year-old movie still strikes a chord in 2018.

You’ve worked together a lot, from Second City to Saturday Night Live to 30 Rock and Unbreakable Kimmy Schmidt. Did your first theater collaboration feel similar or different?

Fey: The closer it got down to the wire, the more it started to feel familiar in a Saturday Night Live kind of way, because once you got into previews, you’re responding to what the audience is giving you and making adjustments. That felt really comfortable to us. I was also fascinated by what we would call “running order.”

Richmond: The formulaic stacking of a running order, which also really was important in the days of Second City. Even though it was all sketches, you were still building a full-length show. We were just really aware of how to build a piece of entertainment that could sustain itself over two hours.

Tina, when you were writing the musical, did you feel an obligation to fans to keep all the jokes from the film?

Fey: For me, any one I could say goodbye to, I was happy to, and mostly I tried to keep things that fans seem to like from the movie that weren’t necessarily jokes, that were more like little pieces of texture. I don’t know why people seem to enjoy Damian yelling, “She doesn’t even go here.” That’s not really a huge joke, but I’m happy to give them that. Things that were more set up in joke structure, I tried to replace. 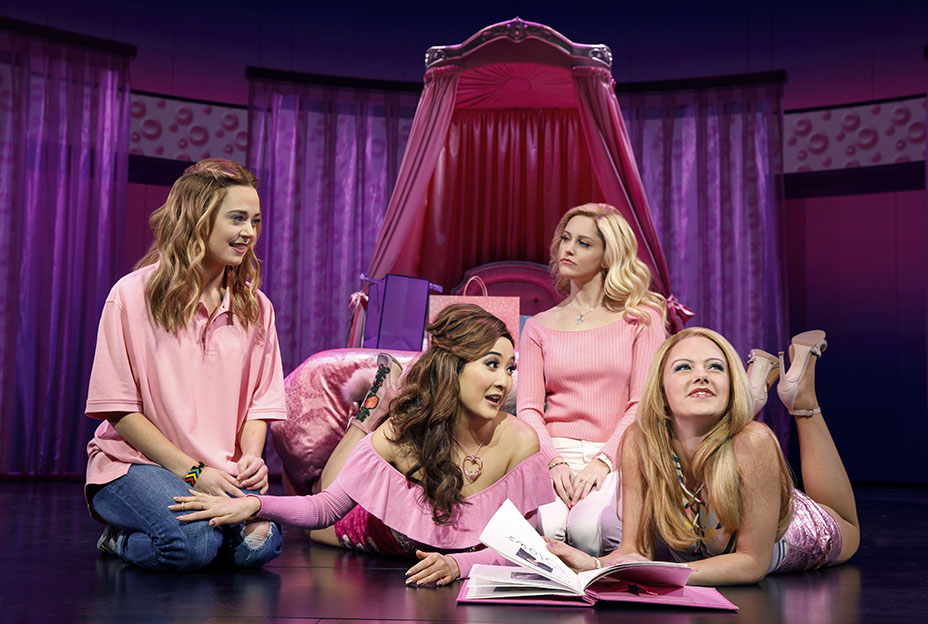 Jeff, what were some of your musical inspirations approaching the score for the show?

Richmond: I studied musical theater in college, so all the greats: Rodgers & Hammerstein, Lerner and Loewe, Leonard Bernstein, Frank Loesser. I listened to a lot of Meatloaf and Jim Steinman, which informed a lot of Janice’s stuff. For Regina George, I love John Barry and those big Bond themes, and I really felt that was a way to get into Regina’s head, so I listened to a lot of those trying to figure out their structure.

What were some of the biggest challenges for you both during the development process?

Richmond: One of the hardest things when we were trying to make it a musical is to try to do the simplest points of that story and try to figure out how to get them onstage and make room for songs because that’s what people expect. One of the examples of that is the song “Revenge Party.” It’s basically tracking Cady, Damian and Janice’s attempt at sabotaging Regina, and in the movie that takes 20 minutes. We know we didn’t have that kind of time at that point onstage to be telling that much of that story. And so that’s why we wrote the song, which became a framing device to hold it all together.

Fey: I think just learning the new form, not an unpleasant challenge, and also learning the process by which this kind of theater gets made. That pure collaboration is the only way to get anything good but also kind of tough. I’ve had the luxury in the last 10 years of my work to get to collaborate with people but also always have the final say in which idea we’re going with. So to go back to a place of pure collaboration, of we’re all going to figure this out together, is a good challenge, but a challenge. 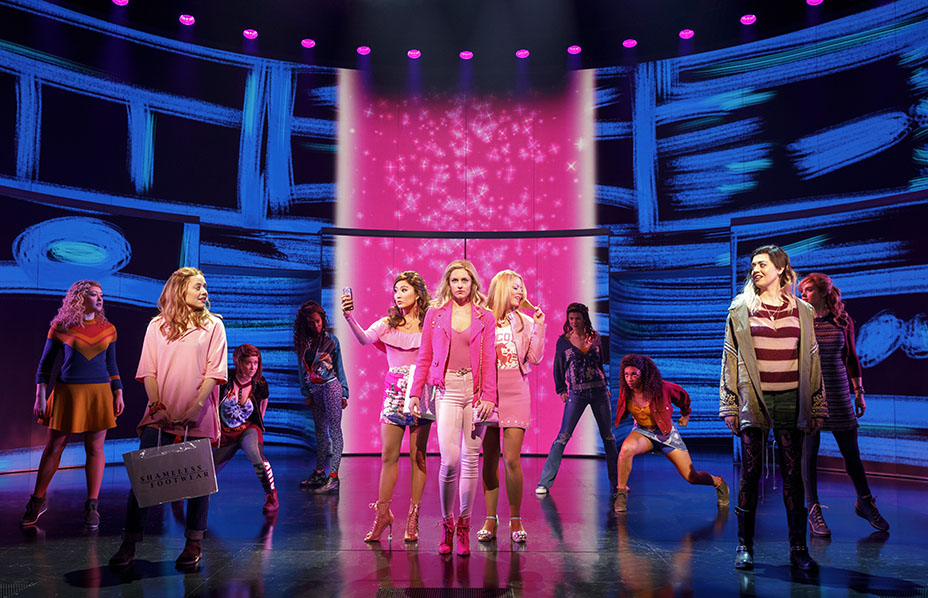 Tina, with the movie, you had no idea that the story was going to become as popular as it is, but with the musical, you knew you had a captive audience. Did that cause you to look at the plot differently?

Fey: I wanted to make sure we kept the original spirit of the movie and the source material that it comes from, [Rosalind Wiseman’s self-help book] Queen Bees and Wannabes: That it has a good heart and that it’s not camp. People who don’t know the movie expected that it’s just catty campiness, but it actually is quite good-hearted.… It was a chance to shed some jokes in areas that hadn’t aged as well.… Karen sings about her nude photos being leaked, and then she takes a moment’s pause where she says, “Someone should teach boys not to do that in the first place.” Nell [Benjamin] and I both felt like it was really important to make sure that was in there because we didn’t want it to be one-sided, like, “Girls are so stupid, you make these dumb mistakes.” Surprisingly enough, every night it has a very visceral, grateful response from the women in the audience, who are like, “Yeah!”

Did any of that come from the conversation that’s happening around #MeToo?

Fey: Yeah. It felt hopefully like this was not in opposition of that, and that it was in fact in agreement. We should believe each other. We should treat each other like humans. In 2004, it was a conversation I was trying to have through comedy with young girls, and now it feels like a topic that’s valuable for anyone; to be reminded that punching down is not really the answer to anything.

The fourth season of Kimmy Schmidt just dropped on Netflix. Did your work on Mean Girls influence this season at all?

Fey: It’s always been pretty musical. We have such a powerhouse in Tituss [Burgess]. And we have Jane Krakowski and Carol Kane, who have also starred on Broadway. So there’s singing here and there for sure.