For the past two years, Lisa Nishimura and her husband have been renovating their Mar Vista home, slowly assembling what she calls “our humble little dream house,” as she simultaneously builds Netflix’s influence in documentaries. The executive, who brought hit Making a Murderer to the streamer, and her 10-person team have been assembling a slate of projects almost as eclectic as her personal taste, which, when it comes to home design, leans toward Danish furniture and Japanese art.

Among new offerings: Ava DuVernay’s look at mass incarceration in 13th, poaching doc The Ivory Game and Werner Herzog’s sweeping volcano pic Into the Inferno. Nishimura, 45, now looks increasingly like Netflix’s best hope to bring home its first Oscar this year. “It’s important to us because it’s important to our filmmakers,” says the child of Japanese immigrants who started in the music industry and joined Netflix in 2007 from indie DVD distributor Palm Pictures. 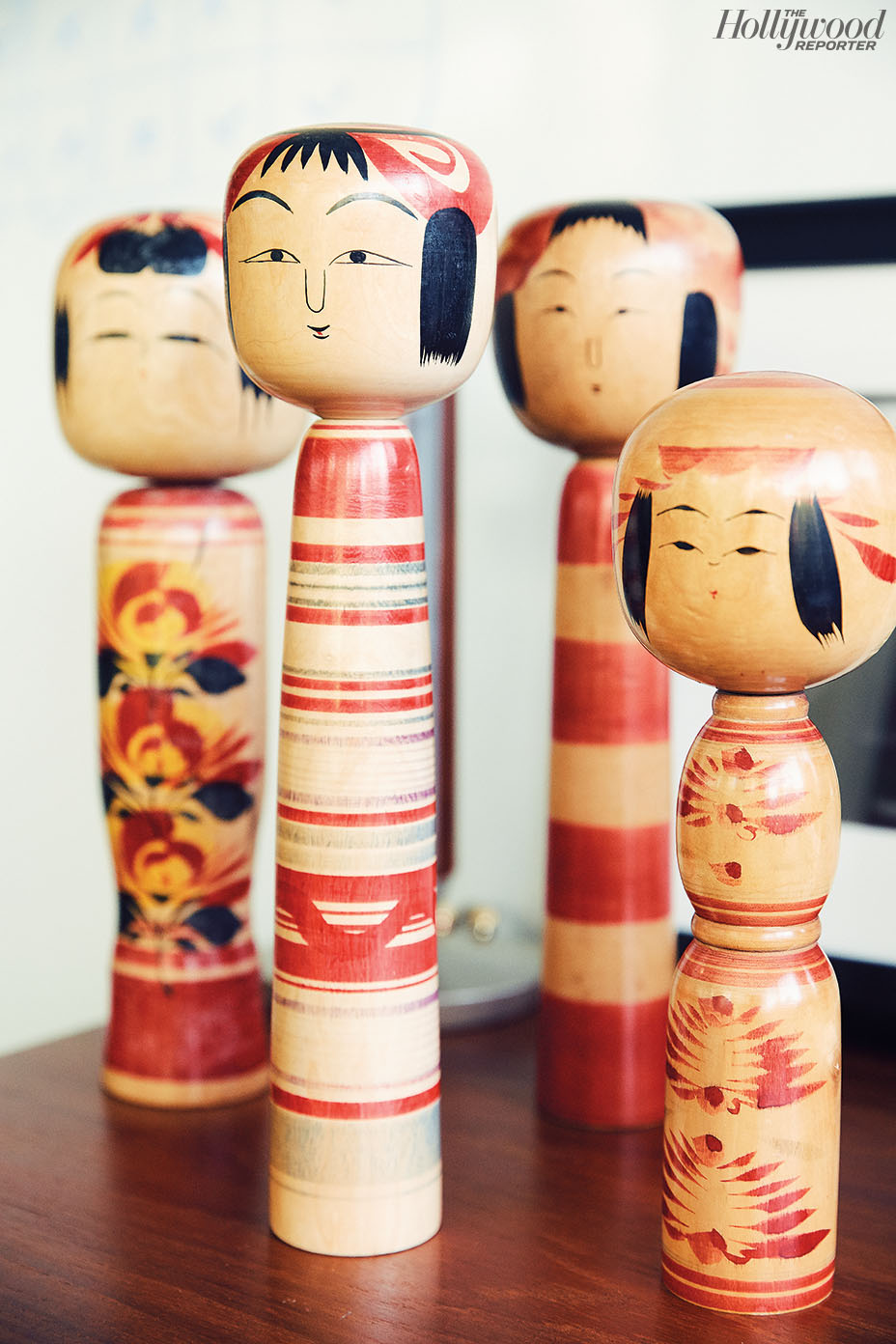 As Netflix grows its 86.7 million global subscribers and its content budget balloons past $6 billion, Nishimura will have ammo to compete in the competitive doc space once dominated by HBO. Netflix’s deep pockets extend to the other half of her job, too, where as the head of comedy programming, she made a big bet on Chelsea Handler and paid a reported $40 million to lure Chris Rock back for two stand-up specials.

Nishimura, mom to 7-year-old son Royal Kai, invited THR to Netflix’s Beverly Hills office to talk about Making a Murderer season two and who she’d like to see make a Trump-Clinton campaign documentary. 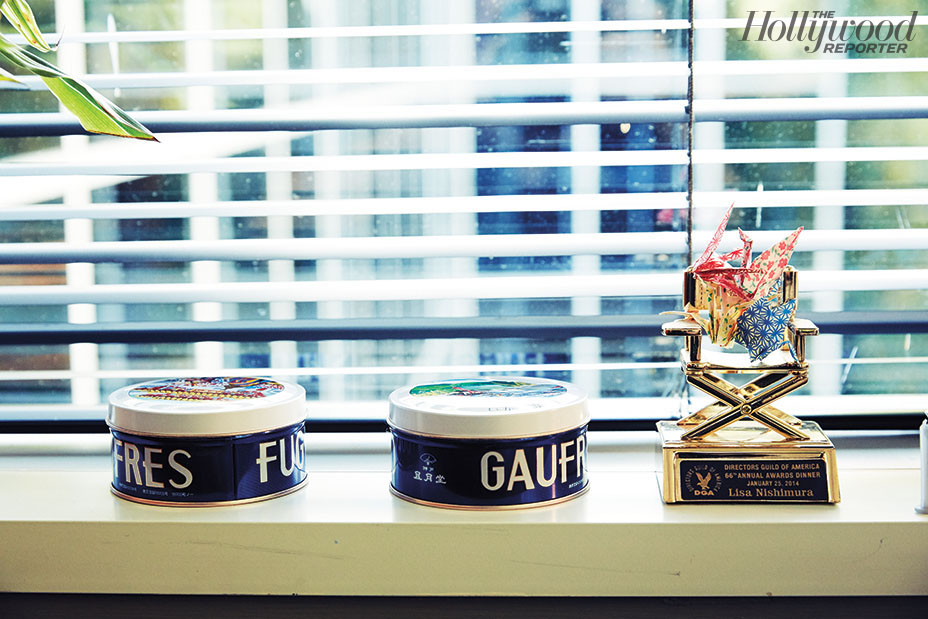 Do you feel pressure to bring Netflix its first Oscar win?

Of course. Primarily because I feel like our filmmakers are really deserving. For us to be able to establish ourselves as a place that filmmakers know will really support them in that endeavor, it’s really important. 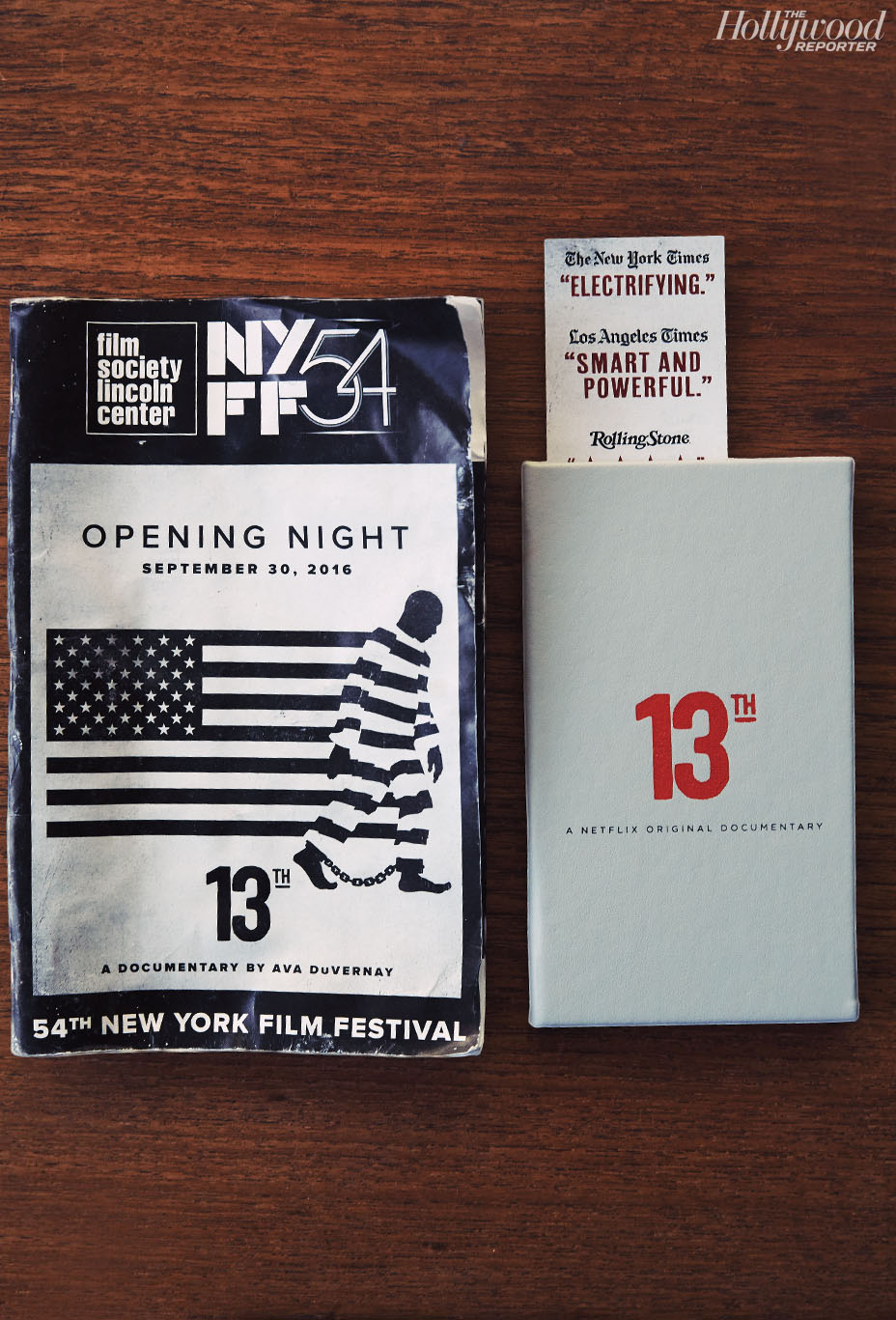 How did you land Ava DuVernay’s latest project, 13th?

It was a phone call, actually. I called her about 2½ years ago. This is how we often start these conversations, by going to the very best storytellers and asking them, “What’s the story you’ve been dying to tell that for whatever reason you haven’t been able to?” We stayed in touch. What started out as a story around mass incarceration quickly became a much bigger idea of mass criminalization that started from the time of the abolishment of slavery and is as alive and well today as it was then. 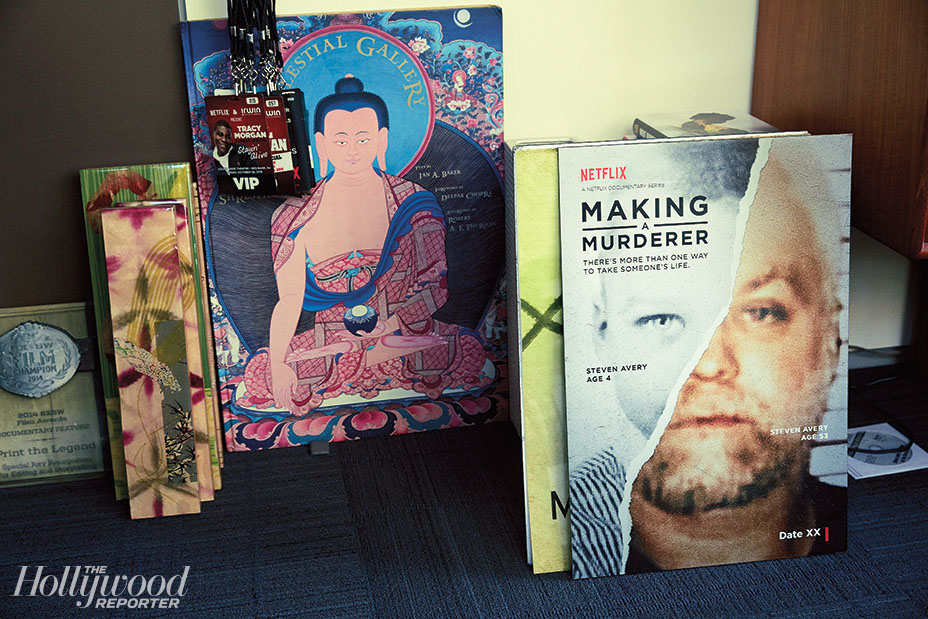 What’s the pitch to filmmakers about working with Netflix?

I believe documentary filmmakers want three things: They want to be fairly compensated, they want to be supported in their creative vision, and they want an audience. We are uniquely tailor-made for documentary filmmaking. Everything that we do is on demand. Traditional models, while they can be very powerful, don’t always work for every film. You might read a review about an incredible documentary on Tuesday, but come Friday, maybe you just want to go see a rom-com, right? If we make it available across every single device that connects to the internet, with what I believe is one of the best, if not the best, personalization algorithms out there, do you engage in it? Overwhelmingly we have found that the answer is yes.

Robert De Niro's Making How Much?! TV Is Becoming an ATM for Top Talent

That makes sense for up-and-comers, but don’t big filmmakers like DuVernay and Herzog still want a theatrical release?

It wasn’t a hard conversation. What they really want is to connect and to have an audience. And in both cases I think they have been extraordinarily overwhelmed and pleased with the response that they received. 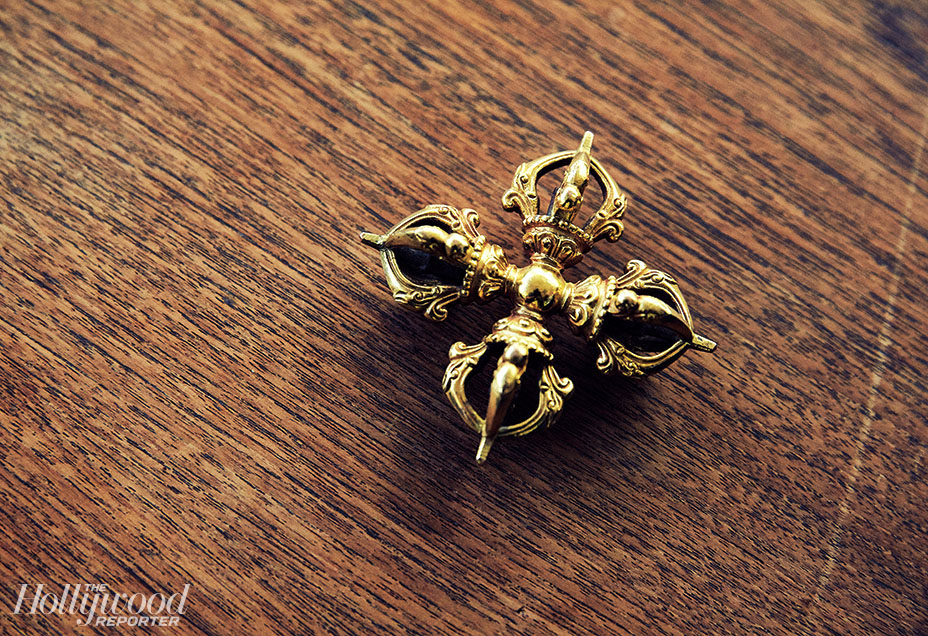 How much do you develop with filmmakers for something like Making a Murderer versus buying completed projects?

It’s a combination. We are increasingly greenlighting features and producing from square one. It’s not at all uncommon for us to come in midway. That was the case with Werner, where there was a conceit developed already, but we were involved shortly thereafter. On the series side, things like Making a Murderer or Chef’s Table or Last Chance U, it’s much more difficult to finance in the independent market an episodic series, so up until this point, those are greenlights from inception and funded by Netflix.

How involved do you get in the development?

We are pretty creatively involved, really only to the degree that we think that we can bring value and support. Often times we will sit with a filmmaker that’s got a remarkable vision, and in those first few meetings it’s really about listening and understanding the vision and what they need to actually execute against that vision. It is never meant to be hyper-invasive or heavy-handed at all. 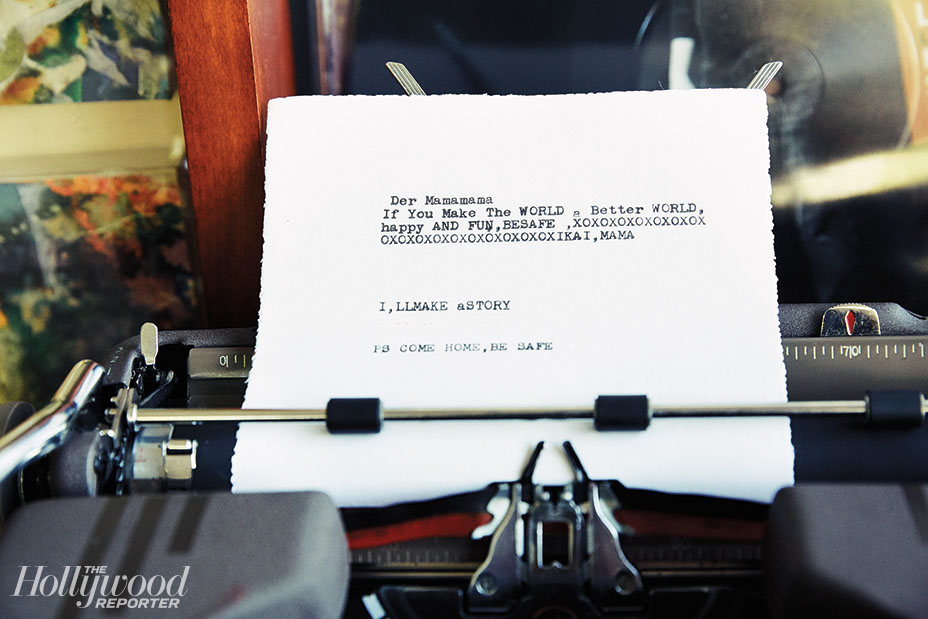 What did you learn from how audiences consumed Making a Murderer last holiday season?

We had a pretty strong intuition, having been so deeply involved in the creative, that it was an incredible page-turner. But we thought, “Perhaps this is going to be highly regional.” And it turns out that great storytelling resonates. It literally exploded over social media. People had the benefit of the time with the holidays to really invest and talk to each other about it. When it started to traverse geographic borders, then we knew we were onto something. We saw that audience growing exponentially for the days, weeks and months after the release.

What’s the process for Making a Murderer season two?

There is some tremendous development, certainly. The uniqueness of Moira Demos and Laura Ricciardi, the co-directors, is that they have incredible access. So people will be very excited to get a back-door look at all the work that has been happening since viewers left them. Because it’s the real world, we have to honor the [legal] process. There are certain things happening with respect to both those cases that we’re waiting to take place before we bring it to the world. 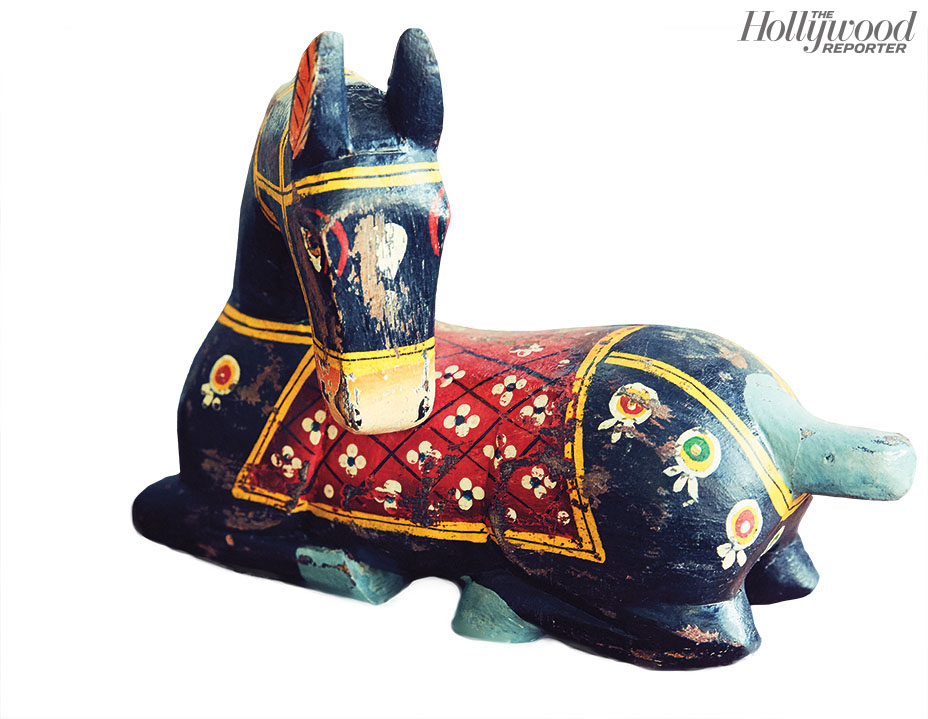 What’s your edge in the comedy special space over an HBO or Comedy Central?

For us to be able to say, “You’re going to be in 190 countries.” For example, Bill Burr called me one day and said, “Did you do something in Denmark? I have never been there and I just got booked there to tour.” And I just started laughing. I’m like, “Yeah, we turned your special on in Scandinavia.” He is a remarkable talent and now he has a touring base that extends well beyond the United States. Also, in the last few years we have created a really rich creative environment. Aziz Ansari is a perfect example of that. He has done three stand-up specials with us and now has Master of None. Bill Burr, similarly, has multiple stand-up specials with us and he has F Is For Family.

Well, we never talk about numbers, so I won’t speak to that. For us, it’s about having enough of a global audience and anticipated engagement that we can get behind all of these projects. We anticipate he’ll do pretty well. It’ll be nine years since his last stand-up special, so there is a tremendous amount of excitement. 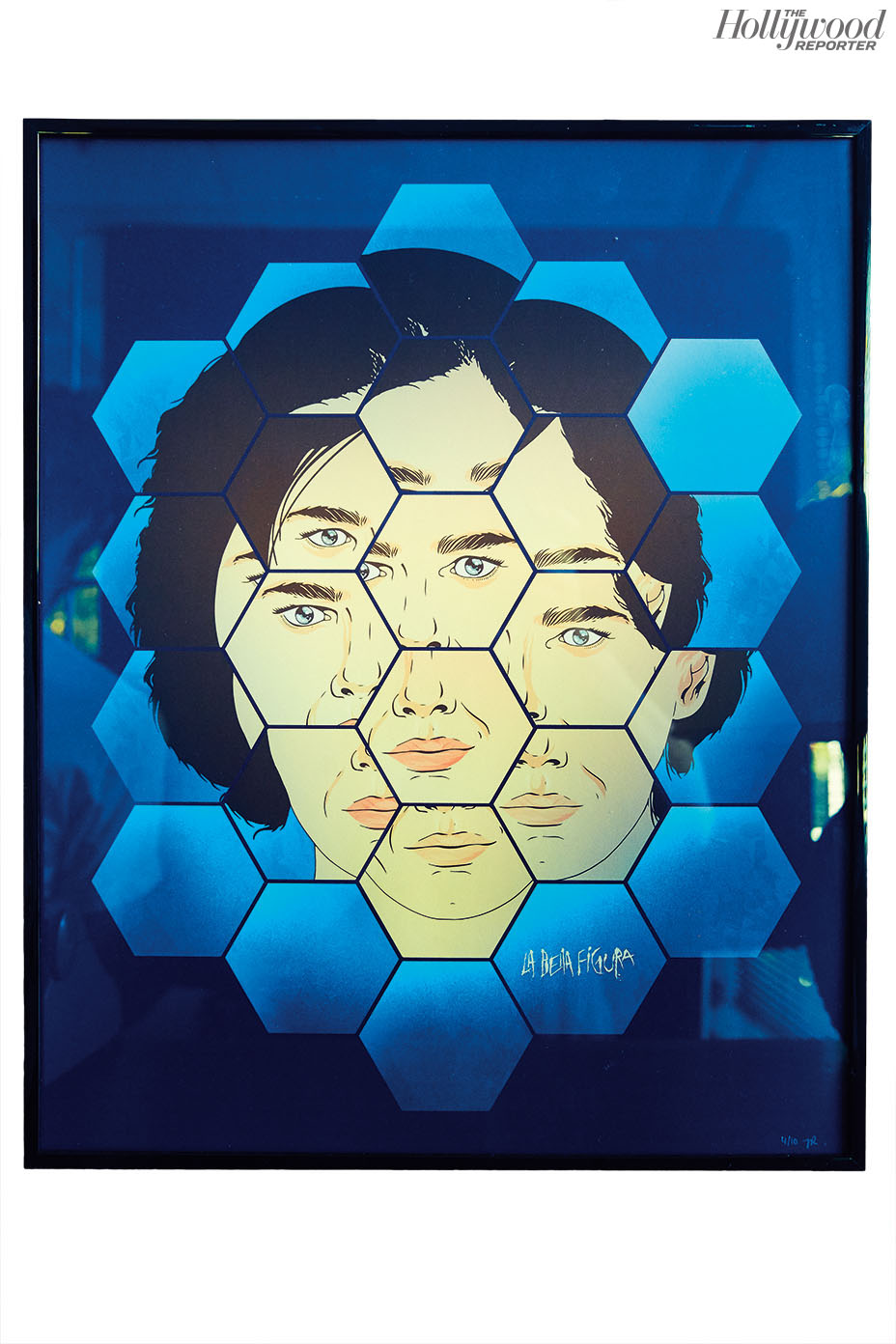 What are you learning from the early performance of Chelsea?

We are really happy with Chelsea. In fact, we have renewed her for a second season, which we wouldn’t do if we weren’t really happy. The thing with Chelsea that was super unique was she is somebody willing to go and find an answer on her own. We realized over time we had to really lean into that.

Who should make the definitive documentary on the 2016 election?

You’re going to have to come back and talk to me about that later. It’s important that we do our very best to represent all types of filmmakers, voices and positions. Greg Whiteley’s film Mitt was all about Mitt Romney, and it was a remarkable look into his life, his candidacy, his family. It’s a radically different position, but we love that. 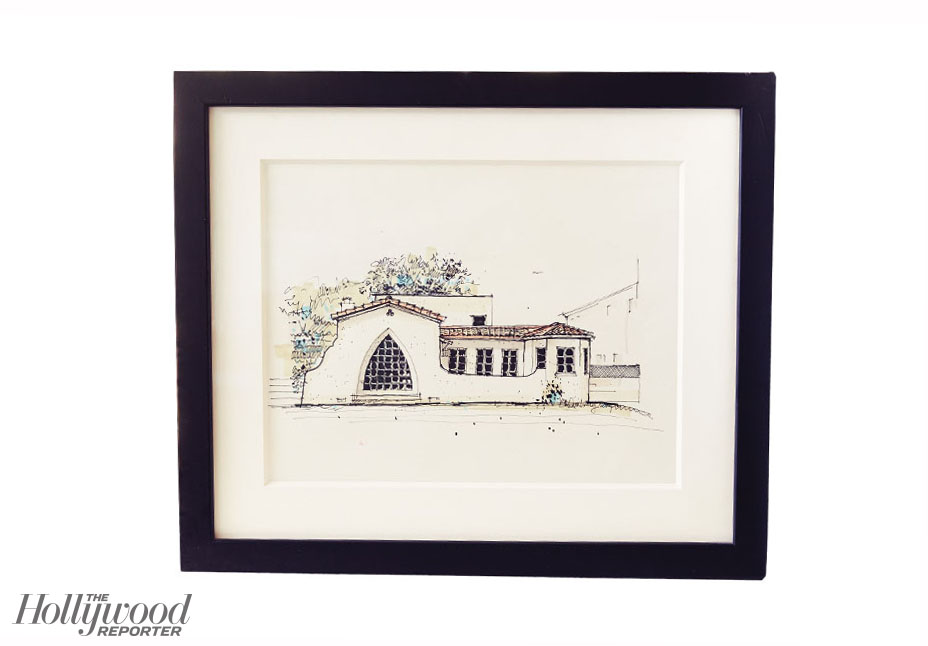