Working on a film, a director can be tied to one story for years. But in television, directors often hop from project to project in the span of months, moves that require an adaptability that comes more naturally when you join a world you did not create.

“Every show is a little different, and the prep changes depending on the style of the show,” says Beth McCarthy-Miller, a veteran Saturday Night Live helmer whose more recent credits include directing popular series including Modern Family, Veep and 30 Rock. “Modern Family and Veep have more of a documentary-style shoot — you don’t have traditional single-camera coverage.”

But even if the style of shooting is similar, there are often differences in the way the actors approach their work with directors. Modern Family, McCarthy-Miller says, stays very true to the script, while Veep has a “flexibility” that fosters collaboration. She finds the comedy through improvising with the actors and camera placement. “When you swing the camera, you can often find jokes within the movement,” says the 10-time Emmy nominee. “I’m always looking for those opportunities.”

Her secret weapon on set? “Early on, you’re constantly in contact with the showrunner,” she shares. “Once you’re filming, the [director of photography] is your biggest asset. They’ll tell you if certain shots work with the look of previous episodes.” 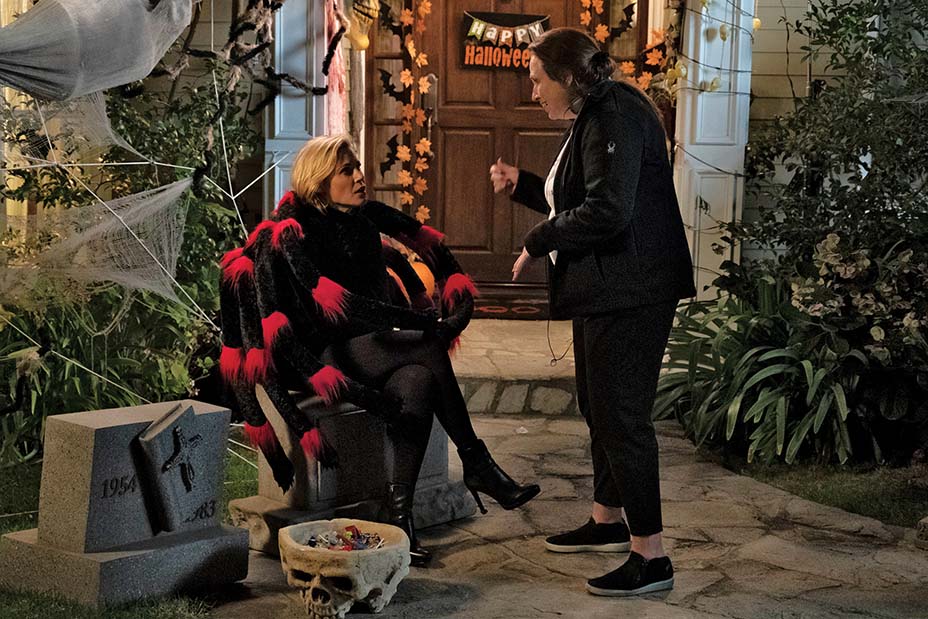 Sometimes, two very different shows can present surprisingly similar challenges. For Emmy-winning helmer Greg Yaitanes, both Hulu’s Castle Rock and CBS All Access’ The Twilight Zone revolved around working in confined locations. For the Twilight Zone episode “Nightmare at 30,000 Feet,” he shot mostly in a movie-quality airplane fuselage re-creation. “I love to delve deep into characters,” he says. “And there’s something about confined spaces that gives an intensity and intimacy to the characters.”

The already tight space, confined further by the rows of seats and extras, required an entirely new approach for the director in terms of camera movement. “We had a modular set where I could move the camera around with more liberty,” he reveals.

On his Castle Rock episode, “The Queen,” Yaitanes shot entirely inside the home of Ruth Deaver, a woman with Alzheimer’s played by Sissy Spacek. “We split the episode between shooting on a soundstage and shooting on location,” he says. “Having Sissy play her younger and older self provided some extra challenges, and we ended up editing on set to help with those transitions.”

Director Jesse Peretz (Netflix’s GLOW, Hulu’s Shrill) prefers to shoot as much as possible on soundstages. “There’s nothing like a well-designed set with plenty of room,” Peretz says. “If given the choice between shooting in a small apartment or building one on a soundstage, I’ll build one with plenty of camera ports.” 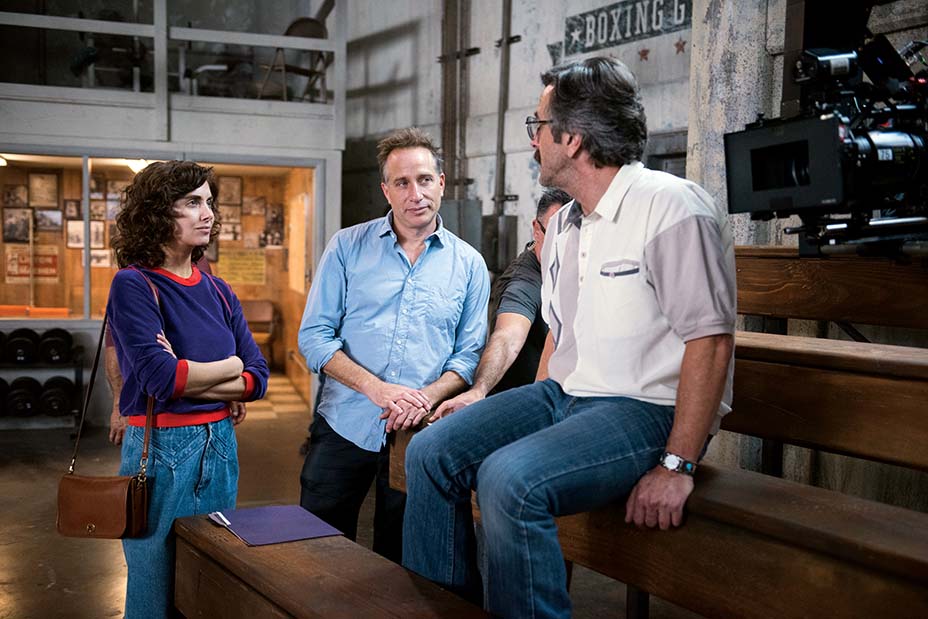 When Hulu approached him for Aidy Bryant’s Shrill pilot, Peretz was informed that it would shoot entirely on location. Despite favoring the perks of soundstage filming, he’s drawn to the creative opportunities offered by pilots. “Pilots allow you to come in when the engine is moving, but you’re still left with many choices,” Peretz says. “There’s a great joy in hiring the key players, choosing the sets that you’ll see time and time again in the series, and working with the actors to craft their characters.”

Cherien Dabis prefers longer stints of directing on a single show versus jumping show to show, citing the advantages of familiarity. “Every show has its own learning curve,” Dabis says. “Once you get past that, you’re able to relax and delve deeper, which benefits the work.”

In the past year, Dabis has directed five episodes of Hulu’s Ramy, in addition to a second-season episode of USA’s The Sinner. Dabis considers Ramy, about a young Muslim man living in the U.S., to be tonally similar to what she’s done in her feature films (such as 2009’s Amreeka). “Ramy is a show that’s culturally relevant to me,” says Dabis, who was raised in Ohio by a Palestinian father and Jordanian mother. “In many ways, that connection has allowed me to work with [co-creator and star] Ramy [Youssef] and the writers to put my stamp on the latter half of the first season.” 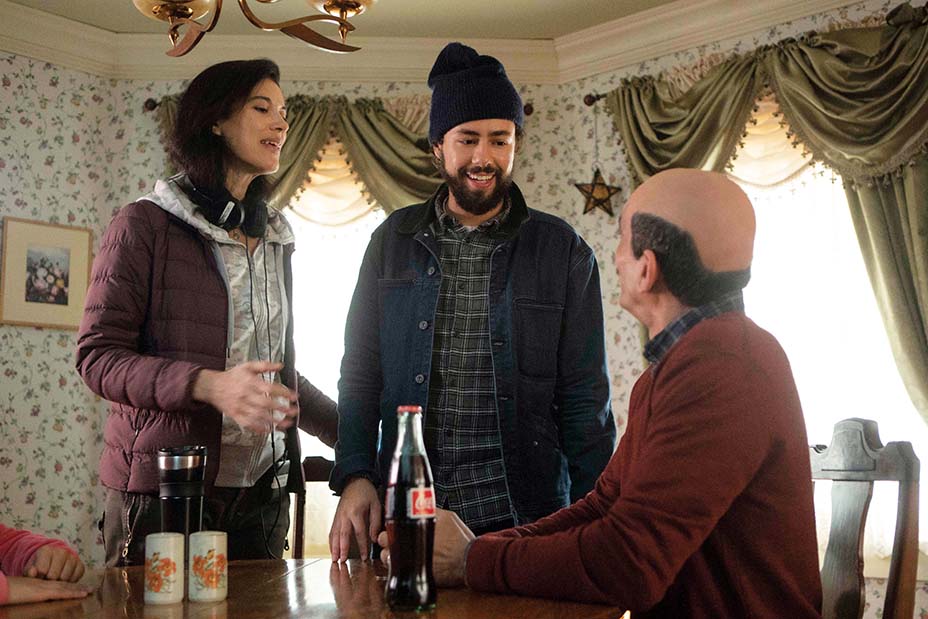 Claire Scanlon has directed Black-ish, GLOW and Brooklyn Nine-Nine in the past year. “Unlike features, TV is the medium of writers,” she says. “The showrunners are the ones you have to please if you want to get asked back.” Scanlon credits her unique insight to her work as an editor, having won an Emmy for editing the series finale of The Office. “When you’re editing, you’re watching dozens of directors at work,” she says. “You see which shots get lost as the hours in the day run out and the director has to piece the story together.”

Scanlon has learned to avoid “closing down a scene,” an expression that describes a director who shoots a scene at every possible angle. “The flaw in that is that you’re not getting a particular point of view visually, and you’re burning a lot of valuable time.”

Scanlon was thrown into an entirely new environment for the season-three premiere of GLOW, with the series relocated to Las Vegas so the Gorgeous Ladies of Wrestling can perform a live nightly show. “It was really like we were shooting a pilot,” she says. “Breaking with familiar territory provided a different energy.”