Last fall, the Marlborough School, the oldest independent all-girls school in Southern California, faced an existential question: What to do about the first openly transgender student in the school’s 137-year history? Resist or embrace?

“We were having a conversation about what it means to be a girls school,” recalls Marlborough headmaster Priscilla Sands. “But also, how do we treat all of our students with compassion?” When word spread across campus that the school would adopt new practices favorable to students who no longer identified as female, the mood, according to several students, was near rapturous — tears and joy.

Just like that, one of the nation’s most prestigious single-sex private schools (which counts Betsy Bloomingdale,Melissa Rivers,Diane Disney Miller andZoe Kazan as alumnae) embraced a new identity. Sands now says the school has clarified its policy: Marlborough is open to admitting students who are born male but identify as female, but it will now ask students who transition from female to male who are in grades 7 to 10 to find another school. “The mission of the school and the way we do business is still as an all-girls school,” she says. “But if we have a trans boy or two, they will be well served.”

THR also can report that Archer School for Girls, another of the city’s prestigious all-girls schools popular among industry figures, allowed a student who began transitioning as a junior to be enrolled at the school. The student eventually transferred before senior year. Archer parents with children in school at that time were equally supportive, sources say.

From the San Fernando Valley to the Westside, similar scenes are playing out throughout L.A. as the area’s most prestigious private high schools race to defend a small yet growing portion of their student bodies. Many are now keeping a watchful eye on an anti-discrimination lawsuit recently filed by a transgender student against an Orange County private school. Also impacting transgender student policy: inflammatory rhetoric and policy coming out of the White House. But despite some of these school’s best intentions, some observers say administrators risk overcompensating by adopting excessive policies to address an issue where the science is still inconclusive. 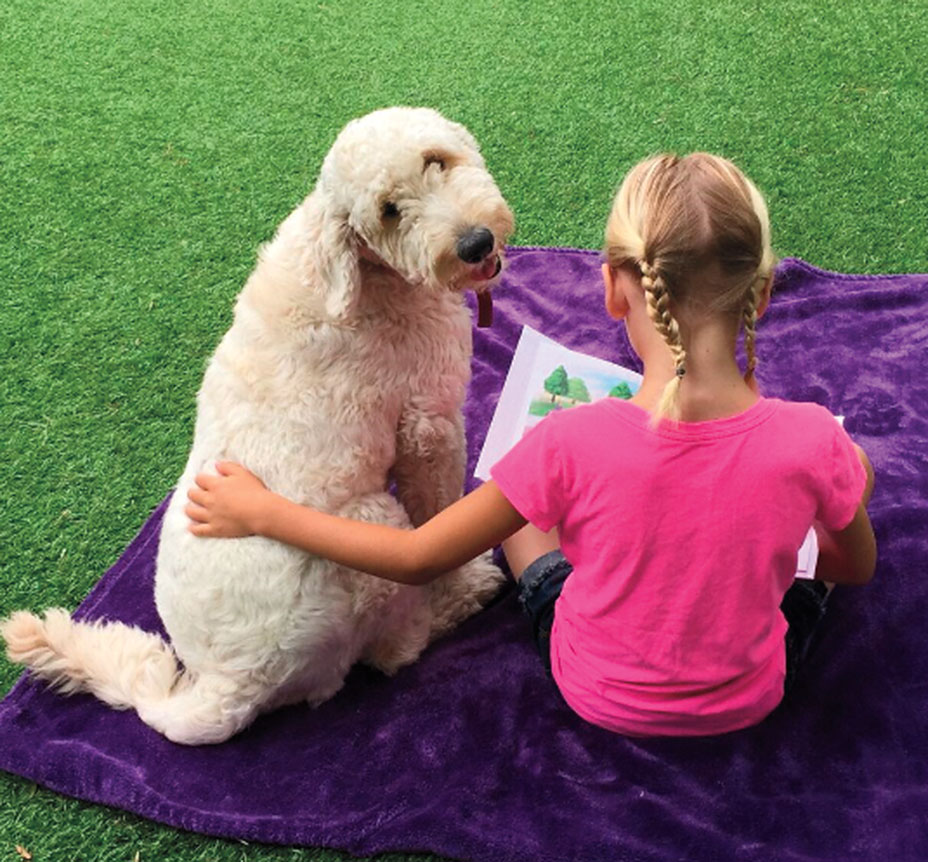 “We have elected a president who violates our code of conduct on campus. That is just a fact,” says Rev. Julian Bull, headmaster of Campbell Hall in North Hollywood (alums include Dakota Fanning and Paul Thomas Anderson), which in 2013 issued a six-page statement on “transgender support” that reads more like a bill of rights — guaranteeing access to bathrooms and sports, and requiring that teachers and administrators privately ask those students how they want to be addressed in communications with the student’s parents in the event that the parents of the child do not agree with their child’s choice of gender. “We don’t want to turn these kids into political footballs,” says Bull. “We stand for what we stand for, and we are not going to waffle on that.”

Of the dozen L.A. private schools contacted for this article, almost all confirm that they are aware of at least one transgender student enrolled. On campuses, gender-neutral bathrooms have become commonplace, as have full-time counselors, and teachers are regularly subjected to specific training on best practices.

Rick Commons, who in the early 1990s worked as an English teacher and soccer coach at Harvard-Westlake (Jason Reitman and Jake and Maggie Gyllenhaal are alums) before returning to serve as the school’s headmaster in 2013, says he has noticed a shift in the way students view topics like gender and sexual orientation. “Students in this generation are far less concerned about gender differences than those in previous generations,” he says. Last spring, the graduating class elected to end the tradition of boys wearing black robes and girls wearing white. Instead, they all wore white. “They were more interested in class unity,” says Commons. 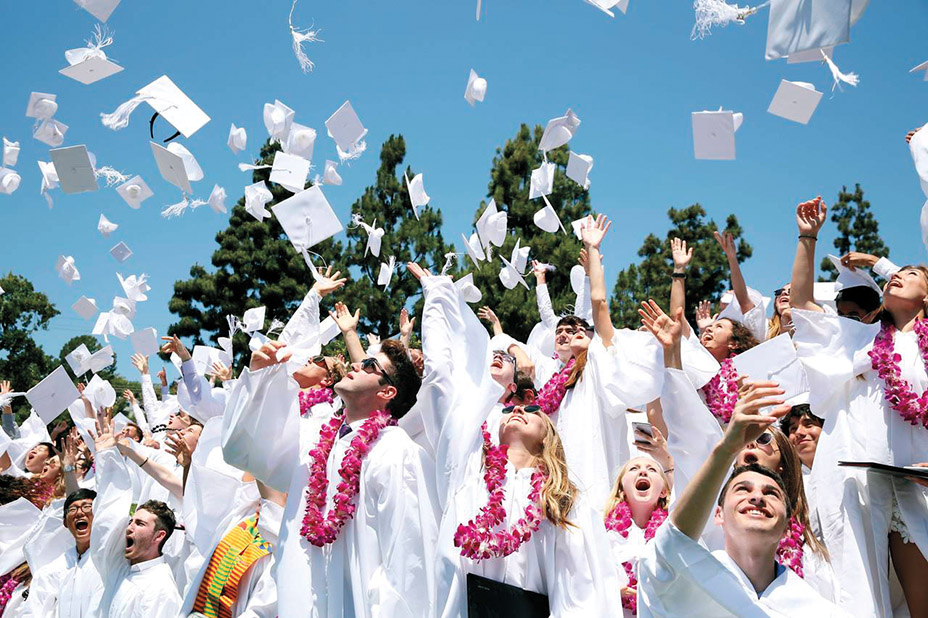 The stakes couldn’t be higher. Roughly 30 percent of transgender youth report a history of at least one suicide attempt, while 42 percent report self-inflicted injury, such as cutting, according to a widely cited 2016 study from the Cincinnati Children’s Hospital Medical Center. L.A. may be a safe haven, but the landscape elsewhere isn’t exactly welcoming. Recent research from GLSEN (a national education organization that champions LGBTQ issues in K-12 education) found about 75 percent of trans students felt unsafe at school, while 70 percent avoided going to the restroom during the day because they didn’t feel comfortable. “It affects their health, their ability to learn and other consequences on their education,” says GLSEN board member (and CNN commentator) Keith Boykin.

“I was much more hopeful when Obama was in office. We took 10 steps forward and 20 steps back,” says the mother of a transgender student who attends an LAUSD school in Mar Vista. “Since Trump won, he is surrounding himself with people who have no interest in supporting minority rights.” She cites Education Secretary Betsy DeVos as particularly troubling. In June, DeVos’ office issued new guidelines on transgender bathroom and locker room access which has been criticized by activists as far too vague. Not so, says U.S. Department of Education spokesperson Liz Hill, who tells THR that DeVos has made “very clear” that all students, “no matter their walk of life, should be able to attend a school free from discrimination where they feel safe, nurtured and protected.”

While President Trump has propelled the issue to the forefront of America’s culture wars — he tweeted in late July that transgender people would be barred from serving in the military — the impact on California schools has not yet been felt. The state already has protections in place for transgender students in its public schools. In August 2013, Gov. Jerry Brown signed School Success and Opportunity, which aims to ensure that students can fully participate in school activities (sports teams, programs and facilities) that match their gender identity.

Part of the challenge in setting policy has been determining how many transgender students actually exist. In January, the Williams Institute at the UCLA School of Law released a report that found just 0.7 percent of youth ages 13 to 17 identify as transgender. Other studies say it could be as high as 3 percent. In L.A., a 2014 survey conducted by the Centers for Disease Control and Prevention reported about 1 percent of LAUSD secondary students self-identify as transgender. Dr. Judy Chiasson, program coordinator for LAUSD’s Office of Human Relations, Diversity and Equity explains that numbers don’t always tell the whole story because it can be difficult to track just how many there are. “It’s a self-affirmed identity,” she says, adding that the answers children offer depend on many variables, even the language with which questions are asked.”

L.A.’s public schools already have gone through much of what the private schools are experiencing. In 2004, Chiasson and her colleagues encountered two trans students who were requesting to be known at school by their name and gender identity, which led the team to examine the district’s formal guidelines for transgender students. After digging around, Chiasson discovered that there weren’t any policies to protect these students. “We decided there was one answer,” she says. “And it was, of course, why not?” A year later, LAUSD adopted a formal policy that required all transgender students be treated consistent with their gender identity in all aspects of their educational experience.

Chiasson adds that since then, there have been virtually no incidents of bias or discrimination and only one parent has reached out to request that their child “never use a facility with someone who is transgender.” (That request was granted, and the student was given access to a private facility, an option always available to all students.) In fact, she says, LAUSD has received an outpouring of support “from parents and allies of transgender kids who were so grateful that their children would be affirmed in education.”

Whether private schools may soon be required to adhere to the same policies as LAUSD is at stake in a lawsuit filed in early August in Orange County by the family of Nikki Shah-Brar, 8, who is suing the Heritage Oak Private School and its parent company, Nobel Learning Communities. The suit alleges gender discrimination, with Heritage Oak allegedly refusing to let Shah-Brar use the girls bathroom, assume a female pronoun or wear a girl’s uniform and failing to protect her from bullying, all of which forced her to leave the school. “The intent of this suit is to be sure that no child has to go through what Nikki went through in California or in the rest of the country,” says Kathryn Eidmann, an attorney with the pro bono law firm Public Counsel, which is representing the family. “California has often been a beacon for other states in establishing a precedent to show the right way forward.”

Ryan Anderson, a senior research fellow at the conservative think tank The Heritage Foundation, says the Shah-Brar case could set a dangerous precedent and is evidence of what he says is overreach for an issue still in its infancy. In his upcoming book, When Harry Became Sally: Responding to the Transgender Moment, he explores the thicket of ethical, medical and legal issues surrounding the issue of gender dysphoria and surveys the risks involved with policies that may overly encourage children to quickly embrace the idea that they are gender dysphoric. Anderson says he’d advise school administrators who are fighting on behalf of transgender students to show “humility in terms of what we know about gender and don’t be utterly convinced that you are on the right side of history.”

But local educators like Chiasson are resolute in their desire to protect these students. “We have a lot of young activists who, gratefully, are coming forward and asking us to open our eyes about our expectations on gender,” she says. “As a school district, we play this wonderfully pivotal role in that we lead and we follow. Wherever our students are going, we need to be there for them.”