As a man whose music captured the Gen X zeitgeist in all its grungy, angst-ridden glory, Trent Reznor seems a fitting choice to compose the score for Jonah Hill’s affecting coming-of-age drama Mid90s, the actor turned filmmaker’s directorial debut. Aggressive and, at times, downright angry, Reznor’s seminal Clinton-era band Nine Inch Nails captured the malaise of a generation seemingly adrift before the cultural upheavals of 9/11, smartphones and social media. The titles of the band’s biggest hits really say it all: “Hurt,” “Head Like a Hole,” “March of the Pigs,” etc.

It’s perhaps surprising then that Reznor’s score for Mid90s is completely devoid of the dark undertones regularly on display in his songwriting. Gentle and earnest, the soft, piano-driven themes Reznor penned with his partner, Atticus Ross, provide sturdy support for Hill’s sensitive portrait of a lonely preteen boy who, desperate for a sense of belonging, finds a greater feeling of acceptance among a motley group of skater kids than he does within his own family.

The score also represents something of a departure from Reznor’s other movie work. Since taking his place on the film-composer A-list right out of the gate with his Oscar-winning score for David Fincher’s The Social Network in 2010, Reznor has developed his unique gift for combining dissonance and melody, making him the go-to — especially for Fincher — for modern noir thrillers like The Girl With the Dragon Tattoo, Gone Girl and Susanne Bier’s upcoming dystopian drama Bird Box. Reznor, 53, spoke to THR (the conversation is condensed and lightly edited here) about working with Hill, why the project resonated with him and how to write uplifting music in dark times.

Is it safe to say Mid90s is a bit of a departure for you?

I suppose one could reach that conclusion. (Laughs.) Our experience with this film was that [Mid90s producer] Scott Rudin rang up and said, “Jonah has finished his first feature and it’s turned out really well, and there’s a little bit of scoring that needs to be done and we’d love for you to check it out.” What touched me was how genuine and authentic the performances were and the heart in the middle of it. So we ended up speaking with Jonah and he said, “I want to capture the pain and the exhilaration and the feeling of being young, of childhood, of trying to figure out who you are.” It just resonated with us, that the tone of it should have a sweetness to it.

What was the process of working with him like?

We went back and forth. Jonah was in New York and we were in L.A. It was interesting to see his process as it unveiled itself. And where it wound up — which was impressive — it always came back to a choice I agreed with. I thought he had very good taste and his instincts felt right on. 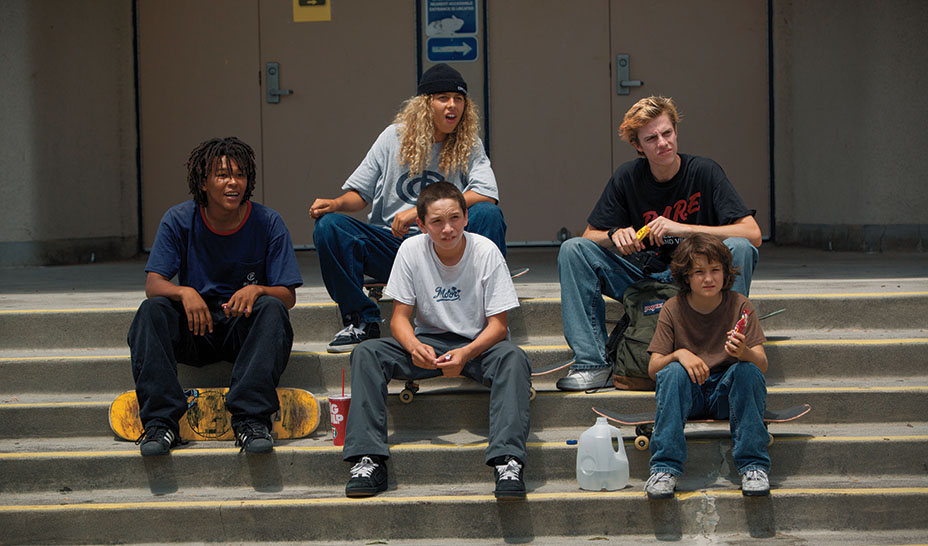 I couldn’t help thinking that it must have been very difficult in terms of the tone, because you’re not composing music that’s just driving the action.

We had the luxury on this project of it being essentially finished. And it’s anchored by the excellent needle drops and choice of music throughout.

So all of the needle drops were there when you saw the film?

Yeah. I don’t want to get credit for anything we don’t deserve. There were several holes where we thought it would be nice to have something that could be scored there. And the most challenging was that intro scene where you have the ability to shape the audience’s expectation for what kind of film this is. And again: He knew what he wanted. It wasn’t “Just see what you come up with.” It was very clear. It needed to feel kind of homemade [but] not sappy or sentimental — and have an honesty too. It’s what I think he got out of these characters and through the script and, ultimately, the performances. I was blown away by it. it almost felt like a documentary at times. I didn’t feel like I was watching acting. It felt organic and it felt natural. We wanted to do something that would support that and add to that authenticity in our way.

Given that this is his first film, were you surprised by the degree to which he knew what he wanted?

I had met him socially at some event in the last few years, but I think our introduction to him formally was when we saw the film. It spoke for itself. He created it, he directed it, he knows what he’s doing. When we got him on the phone the first time then, it’s … “Oh, it’s Jonah Hill,” you know? It’s familiar but he’s not the character you’ve seen him play. He’s a real intellect.

What was it about the film that resonated with you?

I was older than these characters in the ’90s, but I felt lonely growing up and felt like I was looking for my club. I was in rural Pennsylvania where there wasn’t a skateboard park and there wasn’t a culture around it. [But] I just felt that feeling of trying to find your tribe, to find your place and make sense of that world at that age. I could personally relate to it. It just struck me as something that had a truthfulness to it that was speaking with integrity and a real charm.

The movie is very quiet in a way. Were you tempted to add more music?

Full disclosure: It was, “Here’s the three main scenes that we want to put score in.” There wasn’t a dialogue or really any conversations about where additionally we thought there might be music. We could tell when we got involved that this had been manicured quite intensely. And I say that respectfully. We were very impressed by that. For Atticus [Ross] and me, the highest thing that we’re looking for, the top of the wish list as collaborators, is looking for people that inspire us and do that through really caring about their craft and trying to do the best work they possibly can. And I find when I’m around that, as probably anybody is, you’re inspired, right? It reinstills faith in the process. When you do something that’s the best you can do you get a real charge out of that. Every time you turn the news on, it’s depressing and it’s celebrations of stupidity or closed-mindedness, fearfulness. Playing music or doing a tour with Nine Inch Nails, it’s a way for us to kind of get back to feeling good about ourselves. It was a totally positive and re-energizing experience. And I thank Jonah for that.

Is it rare to feel that level of satisfaction on a film project?

Yeah. [But] we haven’t scored tons of films. We naively got into this and in a very distorted place, where the [David] Fincher camp — and his bubble that he’s created — is not the real world. It’s a very elite and fortunate situation where with Fincher you get somebody who is really trying to do the very best work he can possibly do and knows the business and knows all the different crafts. And through his work he’s carved out a safe place where the creatives can sit and do their work with no interference from the external forces, whether they be a studio or producers or whatever. You have the luxury of being around other people that ask, “What could we do to make this great? Let’s try.” It’s awesome. Starting off in that world and then feeling like we could apply what skills we have as composers and musicians to a new medium, it was immensely rewarding in terms of creativity and it felt revitalizing. The music industry has kind of gotten beaten down by the disruption for so many years. It was a nice breath of fresh air that felt like a whole new canvas to paint on has opened up.