As long as actors want to act, there will be productions of True West. Few plays offer such juicy acting challenges for male thespians as Sam Shepard’s 1980 Pulitzer-nominated drama. The roles of Lee, a menacing drifter and petty thief, and his younger brother Austin, a seemingly mild-mannered, well-educated Hollywood screenwriter, provide dynamic opportunities for actors to strut their stuff onstage. That the characters engage in a dramatic role reversal by the end of the play only adds to the fun.

Many notable performers have made the most of it, including John Malkovich and Gary Sinise in the 1982 Steppenwolf production and Philip Seymour Hoffman and John C. Reilly in a 2000 Broadway revival in which they regularly swapped roles.

Theatergoers currently have the opportunity to see the play on both sides of the Atlantic. Kit Harington and Johnny Flynn are starring in a well-received London production, and now comes Roundabout’s new Broadway revival starring Ethan Hawke and Paul Dano. Both actors are very much in the spotlight right now, thanks to Hawke’s award-winning screen performance in First Reformed and Dano’s recent starring turn on the Showtime miniseries Escape at Dannemora, along with his acclaimed film directorial debut, Wildlife. 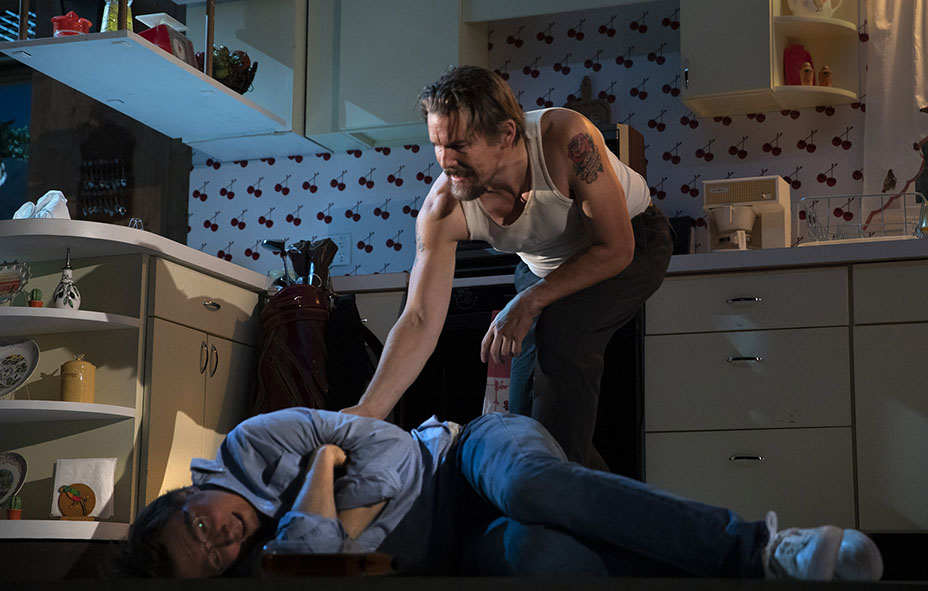 For those who have somehow managed to avoid the play in its many incarnations, it concerns the reunion after five years of two brothers at their mother’s ranch house in a Southern California suburb. Austin (Dano), who is house-sitting while she’s vacationing in Alaska, is discomfited by the unexpected arrival of Lee (Hawke), especially because he’s desperately attempting to work on a script he’s pitching to Hollywood producer Saul (Gary Wilmes). He doesn’t react well to the many distractions of his overbearing, beer-drinking sibling, who keeps demanding to borrow his car.

Lee somehow ingratiates himself with Saul when he interrupts a meeting and winds up going golfing with the slick-talking producer. More amazingly, he pitches his own story idea, a Western, which Saul cottons to so well he promptly ditches Austin’s script. It all leads to a charged, highly physical confrontation between the brothers in which Austin reveals that he’s not quite the milquetoast he seems to be. Suffice it to say that many purloined toasters and a golf club wielded as a weapon are involved.

Shepard’s enigmatic play defies easy interpretation, with its vague themes of sibling rivalry, the mythos of the American West and the thin line between civilization and anarchy never truly coming into focus. But it works marvelously as a mood piece, which for several reasons this production only partially succeeds in capturing. The expansive American Airlines Theatre isn’t intimate enough to provide the necessary air of claustrophobia; the slack pacing of Act 1 allows boredom to settle in; and Hawke, as good as he is, is a bit too studied in his affect. He certainly tries hard, but you never get the sense of true danger that his character is supposed to emit. 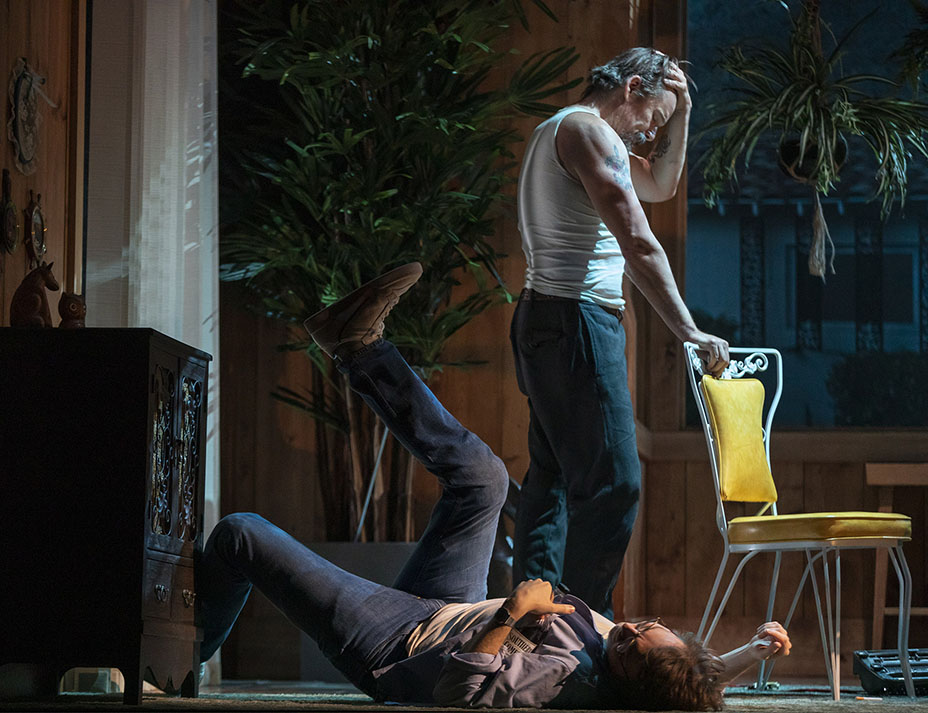 Staged by James Macdonald (who directed Shepard in a 2004 off-Broadway production of Caryl Churchill’s A Number), the revival works much better in its comedic aspects, which are fully exploited in Act 2. Dano cuts loose to hilarious physical effect, especially in the scene in which Austin makes piece after piece of toast with an almost balletic joy. And Hawke finds delicious bits of comic business in such slapstick moments as when he engages in, and loses, a wrestling match with a telephone cord. The play practically becomes an all-out farce, which is perhaps not what Shepard intended but is highly entertaining nonetheless.

Wilmes is solid as the unctuous producer, and the priceless Marylouise Burke makes the most of her brief scene as the mother, even managing to garner a huge laugh with the simple line “I’m back.”

As if realizing that the play feels somewhat lost in the large theater, director Macdonald applies ample aural and visual flourishes, including the loud sounds of howling coyotes and a recurring framing effect featuring blinding lights. He does particularly well with a final tableau featuring the two lead actors, which seems to encapsulate the play’s themes in a single haunting image.