A Broadway revival of True West starring Ethan Hawke and Paul Dano begins previews at the end of December, but London just pipped it to the post with its own production of Sam Shepard’s black comedy, a tract-house take on Cain and Abel, originally produced in 1980.

Kit Harington, best known as Jon Snow on Game of Thrones, and recently seen on the London stage in Doctor Faustus, is cast slightly against type here as the initially tucked-in and tightly wound screenwriter Austin. Meanwhile, Johnny Flynn (from Martin McDonagh’s Hangmen on stage and recent Brit film Beast) gets the arguably showier role as roguish, frayed-edged older brother Lee. But the two are fairly matched in this psychological cage fight-style take on the work, directed by Matthew Dunster (who staged Hangmen and McDonagh’s more recent A Very Very Very Dark Matter) so as to emphasize the humorous more than the tragic aspects of the text.

Although well equipped for the comic demands of the material, the two leads’ ping pong-style dialogue delivery occasionally gets a smidge monotonous, not unlike the regular rhythms of the crickets thrumming outside, which Lee complains about at one point. At least the time flies by in this briskly paced production, which starts out crisply and builds up a full head of woozy drunken mayhem by the end, with golf clubs slicing the air as slices of bread pop in the many toasters stationed at the edge of the stage. 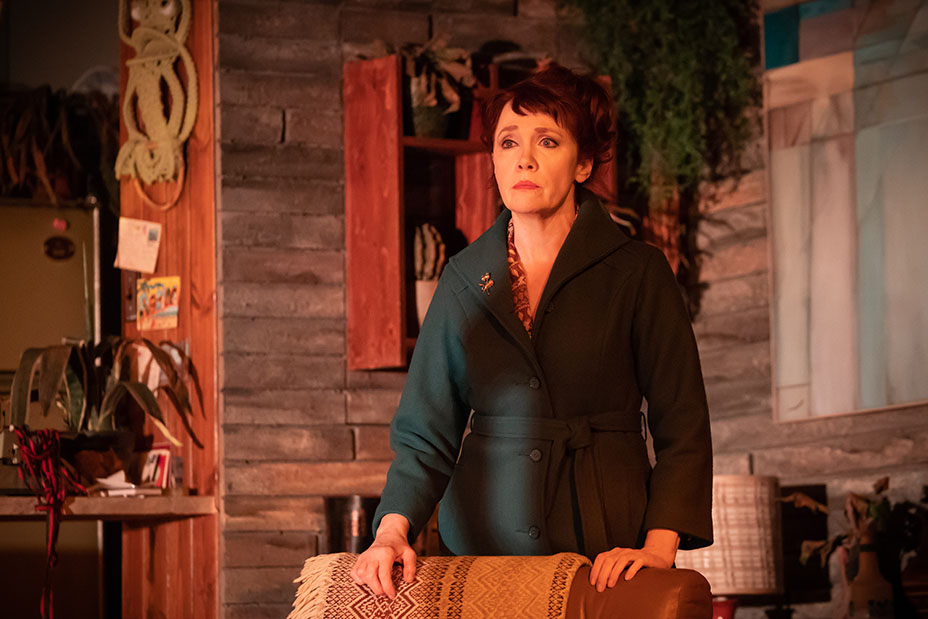 What with the jazzy music papering over the scene breaks, composed by Flynn himself and his collaborator Joe Zeitlin, the whole package evokes some antic lost sitcom. It’s like a drunk, melancholy version of The Odd Couple, but with no Pigeon Sisters living next door to dilute the angry masculine atmosphere. Instead, there’s just Madeleine Potter’s spaced-out mom arriving home from her trip to Alaska, a character apparently so ditzy and thick she completely buys local advertising claims that Picasso is literally visiting town and can be met at the museum.

That confusion between what’s real and what’s just sizzle, the true and the fake, is so at the heart of the play, it’s baked right into the title. However, part of the ironic sharpness of Shepard’s writing resides in the sly way he undercuts that very notion of authenticity even as the characters seem to elegize it.

While Austin and Lee slug it out for dominance, competing for the attention of producer Saul (Donald Sage Mackay), it becomes clear that both of them are faking it in different ways. Lee sets himself up as the rebel, the free spirit just blown in from the Mojave Desert, when really he’s just a two-bit grifter who steals TV sets. In contrast, Austin presents himself as a responsible upright citizen, capable of watering mom’s plants and looking after her house as well as doing Saul’s bidding. But that veneer of civilization is easily shredded, and after a boozy binge it becomes clear that he takes after his absentee, alcoholic father just as much as his brother Lee does. 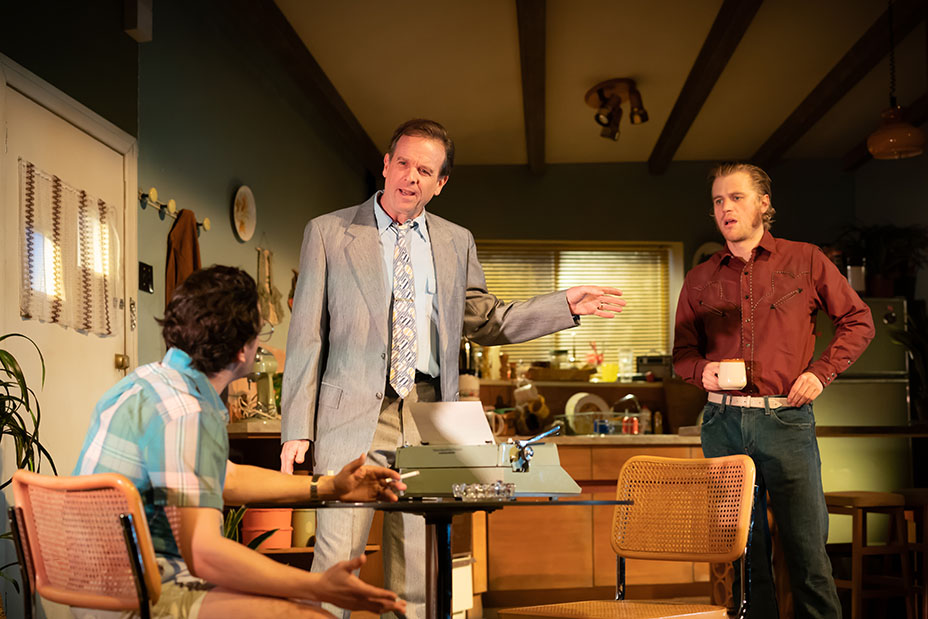 The set designed by Jon Bausor, with its forced perspective and raked stage, emphasizes this theme of illusion, especially when an entire wall flies up at one point to reveal an ersatz desert beyond — exposed lights, fake cactus plants and all. That chimes with the lines in the text about places that fool you into thinking they’re other places. The whole SoCal landscape is one big, slippery mirage in Shepard’s vision.

That sneering, disparaging view of Los Angeles and its alienated exurbs was very much the norm in the early 1980s when the play was first performed (it was a finalist for the Pulitzer Prize for Drama in 1983), and consequently the text is starting to show its age now that authenticity ain’t what it used to be. That leaves True West feeling a little sour and perhaps a bit glib, especially in a production like this that can’t quite get its arms around the sense of pain.

Still, there’s a lot to savor here. Flynn’s piping delivery, with its sinister wee snickers and giggles, is as musical as it is genuinely creepy. And although Harington doesn’t quite pull off Austin’s drunk scenes, he has a wiry energy that’s engaging throughout. It’s not too easy to buy the two of them as brothers, but maybe that unconvincing lack of fraternal bond is exactly the point.