The number of Americans who are cutting the cord on their cable, telco and satellite TV services continues to accelerate, according to a new forecast from eMarketer released Tuesday.

The findings come as the tipping point for cord-cutting has arrived as traditional TV providers look to boost profits by offering fewer promotions and Disney, WarnerMedia and Apple get set to join Netflix and Amazon Prime in the streaming arena.

eMarketer found in its report that the accelerating pace of cord-cutting is caused by TV providers themselves as they put improving profit margins before revenues. “That is coming at the expense of subscribers, who often drop services when prices rise and promotional deals don’t get renewed,” eMarketer argues in its report.

“Their answer has been to raise prices across the board, and it seems that they are willing to lose customers rather than retain them with unprofitable deals,” he wrote in the report. 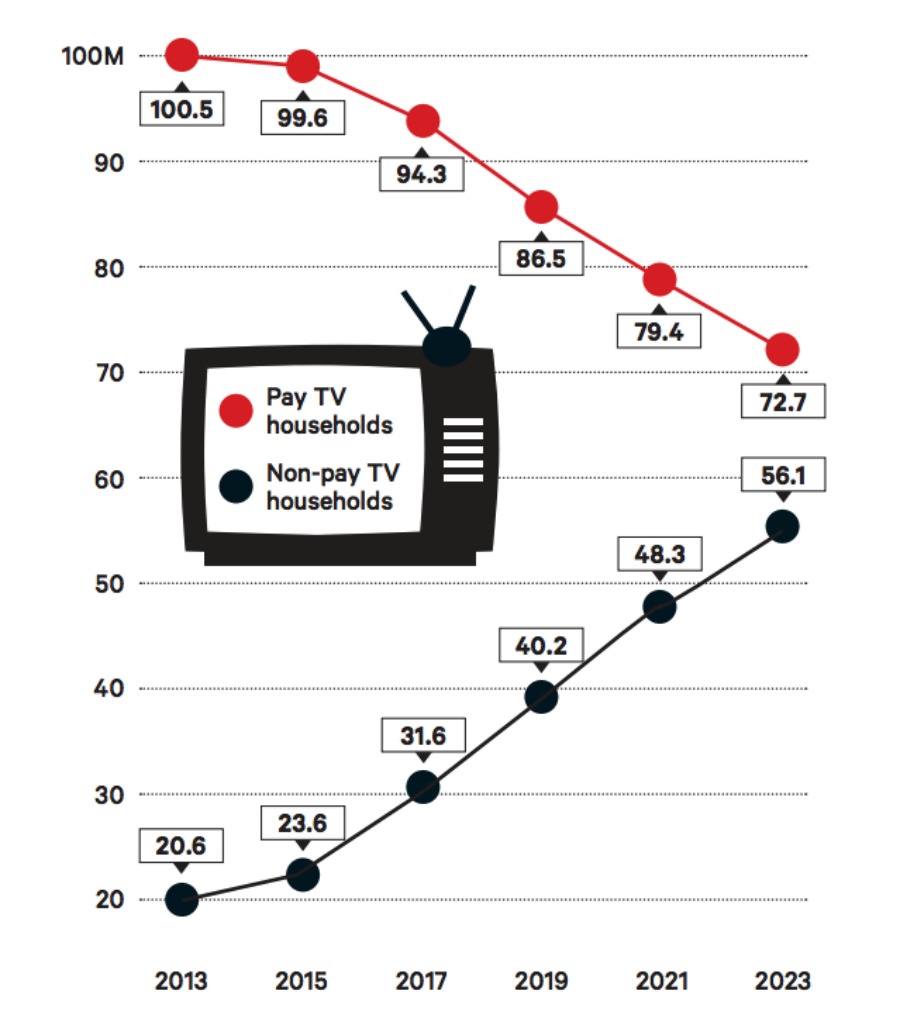 Americans Want to Pay $21 for All Their Streaming Services Combined, Poll Finds