Ethnic and gender diversity among episodic TV directors showed upticks of 3 to 4 percentage points, a new DGA study shows, but over three-quarters of the nearly 4,500 scripted episodes analyzed were directed by Caucasians and a similar proportion by men. Sixty-two percent were directed by white men, a five-point decrease from last year.

Although the numbers represent continuing progress in recent years, the track record at some studios suggests much less commitment or success at achieving diversity. The newest company, Netflix, has the most old-fashioned record, with only 20.5 percent of its 88 episodes shot by women or minorities. Fox, at 45 percent, achieved more than twice as much diversity. 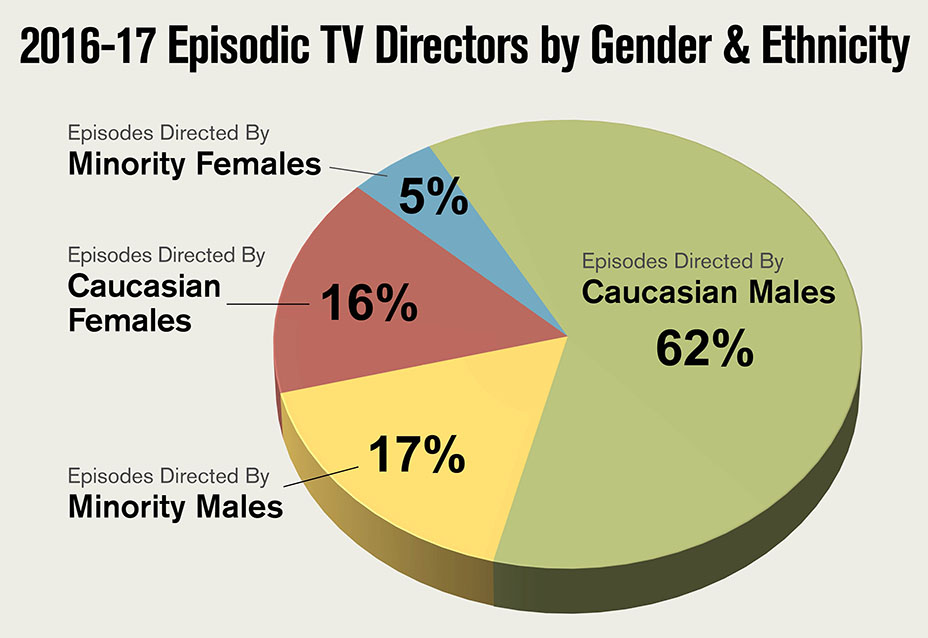 “While this report, and our recent report on hiring of first-time TV directors, reflect some progress overall, there are stark disparities among the major studios that raise questions about how committed to inclusion some employers really are,” said DGA president Thomas Schlamme. “We want to make sure that every talented individual has an equal shot, and a path forward. But for that to happen, employers must expand their hiring processes to discover the world of capable directors hiding in plain sight. Frankly, it’s hard to understand why they’re not doing more. Even if all the right reasons are not enough for them, they should at least be motivated by the bottom line — inclusion just makes good business sense.”

Sony and Viacom held the eighth and ninth spots, while Netflix hired the lowest percentage of diverse directors.