Continue to The Hollywood Reporter SKIP AD
You will be redirected back to your article in seconds
Skip to main content
December 16, 2019 7:00am

Good Girls showrunner Jenna Bans was skeptical when NBC scripted programming co-presidents Lisa Katz and Tracey Pakosta approached her to take on a first-time episodic director as part of the network’s new Female Forward initiative. “I admired what Lisa and Tracey were trying to do,” she says, “but a problematic director’s cut can set the showrunner back days, if not weeks. Time lost to a bad cut, a problem on set — all of it directly affects time with my family. I was deeply concerned that the episode would suffer because of her inexperience.”

Katz and Pakosta admit that it was a big ask. To sweeten the pot, NBC pays for participants to shadow on up to three episodes before taking the reins. The network offers to hire a second, experienced director as a guarantor — “a backstop, not a babysitter,” says Katz — for any show that requests one, as well as covers any reshoots. “We’re not going to jeopardize our shows for anything,” Katz adds. “We’re going to minimize risk as much as possible.”

Unlike other industry programs designed to boost opportunities for directors from traditionally marginalized backgrounds, Female Forward is the first to guarantee an in-season episodic credit. (This year, the network’s Emerging Director program, which for 10 years has provided shadowing and mentorship, is doing it too for ethnically underrepresented male and nonbinary helmers.) It was then-NBC Entertainment president Jennifer Salke who suggested the episode guarantee in the wake of a 2017 pilot season that had only one female director booked. “Getting your first [episodic credit] allows you to crack open that door,” explains Pakosta.

That’s what Lee Friedlander learned after Bans was persuaded to put her in the director’s chair on the set of last season’s Good Girls. Although Friedlander had more than a dozen credits during 15 years of directing — she’s a go-to movie-of-the-week helmer for Hallmark — she had tried and failed for years to get into episodic television. “I’ve had hundreds of meetings, always really close, but the ultimate employment trigger never happened,” she says, echoing the experience of many other veteran female directors who cut their teeth in indie film or TV movies but have yet to score their big break in the majors: “So many people have to say yes.” 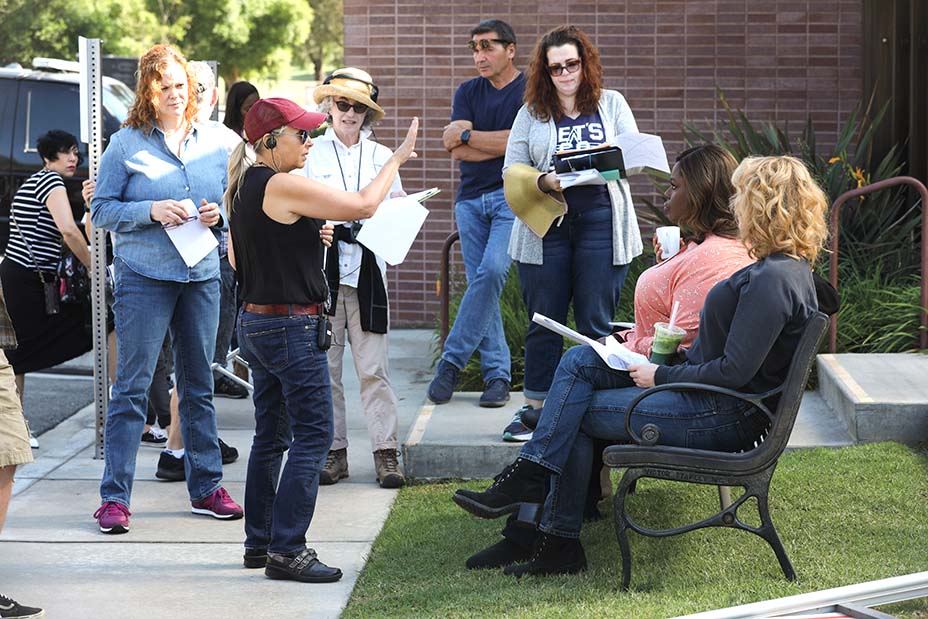 Bans was quickly taken by Friedlander’s enthusiasm and preparation. “She shadowed multiple directors and was with us for months, more time than was required by the program,” she says. “What I was particularly impressed by was that while Lee had a specific vision, she also was incredibly collaborative.”

Friedlander’s work made such an impression that Bans invited her back to direct not one but two episodes this season. In all, eight of the 10 women in Female Forward’s inaugural class have been asked back to direct additional episodes of an NBC or Universal TV-produced show, and they’re now fielding offers from other networks and studios, too. “I’ve been called for four or five shows — it changed my life and the lives of everybody in the program,” says Friedlander. “That first episode is the break of a lifetime.”