Two years ago, Keith Cox made a decision that helped TV Land shed its image as mostly a destination for classic sitcom reruns: He bought Darren Star’s Younger, a racy comedy starring Sutton Foster that would become the network’s first move in rebranding toward edgier fare. Its third season premiered Sept. 28 and is up 11 percent year-over-year among adults 25-to-54.

Cox, 52, has ushered in an era where the Viacom-owned network’s lineup of multicamera shows including Betty White’s Hot in Cleveland and Fran Drescher’s Happily Divorced have been jettisoned in favor of single-camera programs like the Michael Rosenbaum comedy Impastor as well as Teachers and Lopez. The overhaul helped Cox grow TV Land’s viewership by an impressive 18 percent during the past quarter at a time when most cable nets are losing audience, with new series Nobodies (from Melissa McCarthy) and Throwing Shade (based on the popular podcast) due in 2017. The network also has three buzzy pilots, including a reboot of the cult hit Heathers.

Cox, a Kentucky native who has worked at TV Land for a decade, says the transformation has only begun, and he’s eyeing an expansion into drama. “We are doing really well with 18-to-49, and that’s new,” says Cox, who has lowered TV Land’s median viewer age from 58 to 46. “We never set out to say we want millennials, but that has been the silver lining.” The avid snowboarder and travel buff invited THR to his Studio City office to talk about the mood at Viacom and the biggest misconception about a network known for syndicated repeats.

Your owner has been in the news a lot. Would a merged Viacom and CBS be more valuable?

We’re a little removed and hope for the best. The talks haven’t slowed us down — we’re still making big, bold moves and doing huge marketing campaigns. Nothing has changed. But I don’t think people are bummed out or that it has affected morale — we just plow forward. The merger could be exciting; it seems like we’d be a more powerful company.

What’s your mandate from Viacom?

It all comes down to growth in every category. Then it becomes a question of, does ad sales like your shows? Not just the ratings: Do your shows have fans at the agencies? That goes a long way. 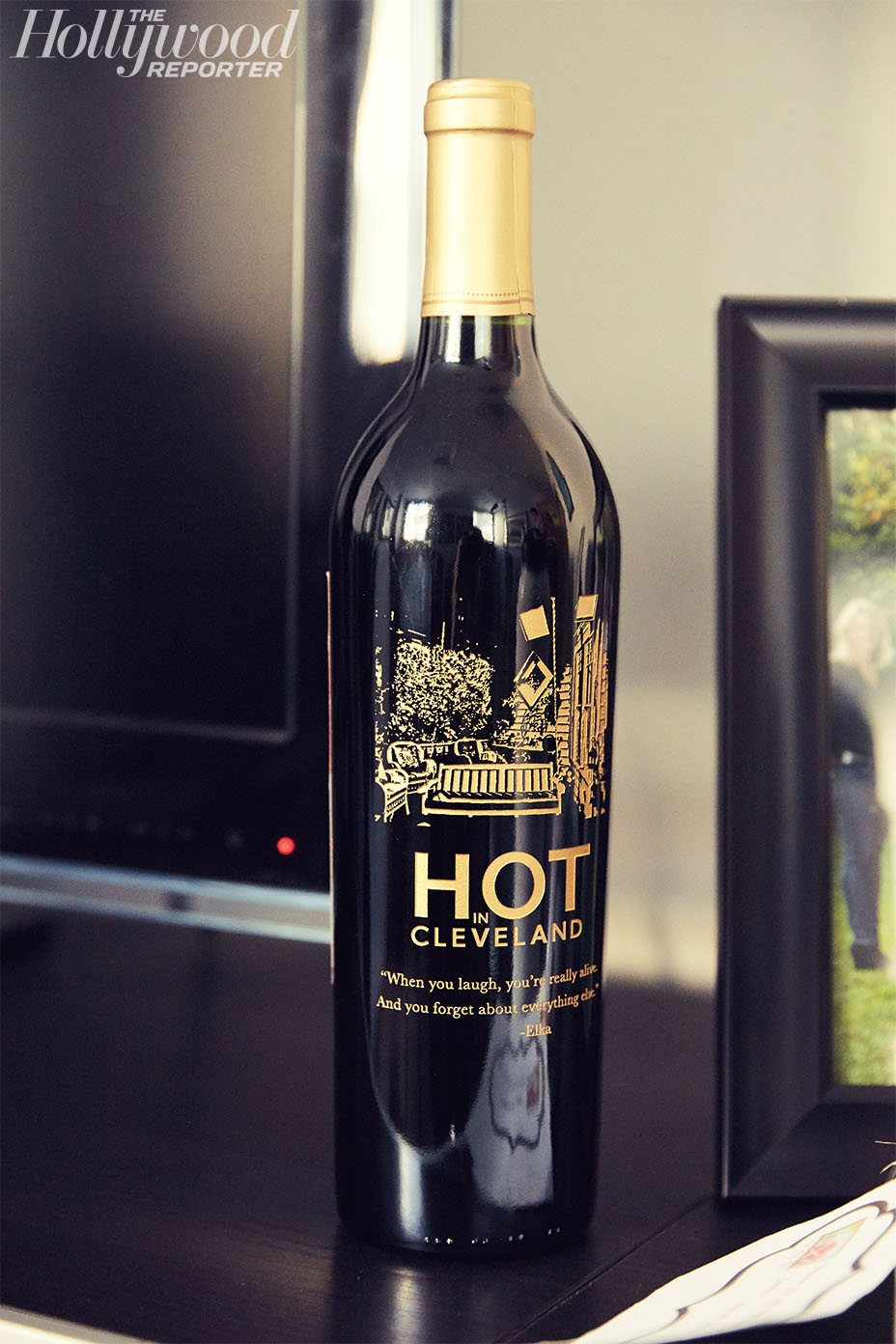 Younger kicked off TV Land’s shift from multicamera to single-camera fare. What was the strategy?

One of the most exciting days at this company is when we got the [strong] ratings on Hot in Cleveland. But after seasons five and six, we wanted to make sure we were doing programming people talked about. We were jealous of dramas like Game of Thrones and Homeland — they’re urgent, appointment TV. How do we do that with comedy? Women love Sex and the City; it’s such a tastemaker show. I thought, “Maybe I’ll just go to lunch with Darren Star,” so I called his agent.

Then came Impastor, which cemented the push.

Impastor came to us as a spec script. It’s bold, and I hadn’t seen it. It was our highest-testing pilot we’ve ever had here at TV Land — ever. Initially doing multicams made sense to pair with our acquisitions. But are they different enough to go then and search to find TV Land? We needed to lean into who we are. Our half-hours had to be cable in tone, and since we air at 10 and 10:30 p.m., we can go there with challenging subjects, surprises and twists. After Younger and Impastor we had to go bold. Teachers came in, and the comedy was raw and unique and at first — not really TV Land, but more like what the new TV Land could be. 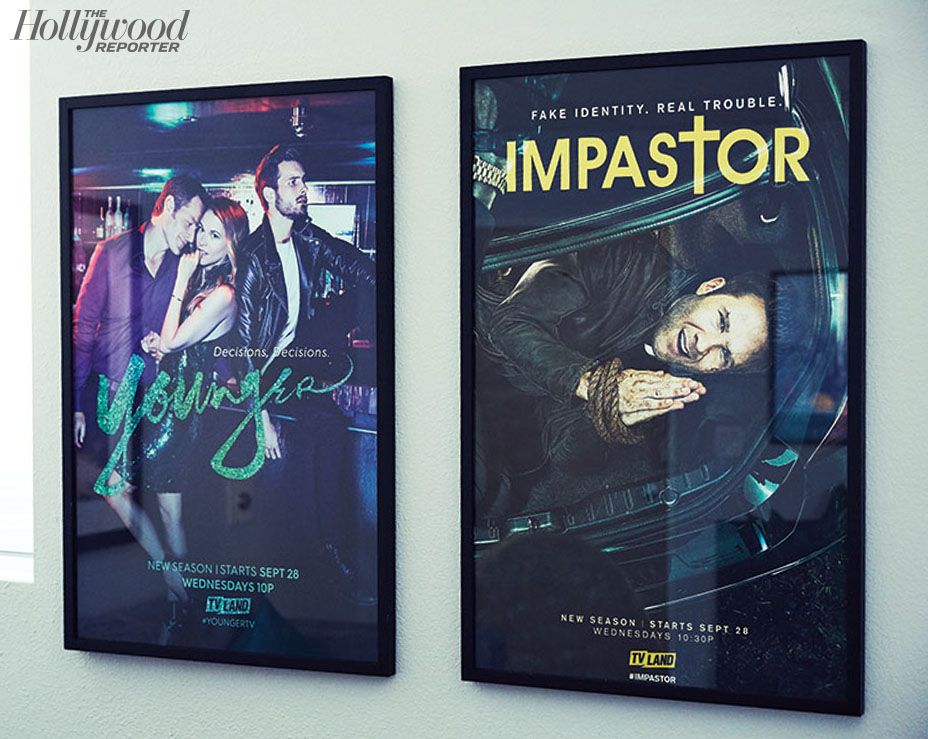 The show has to be noisy; it’s got to push buttons and on some level be thought-provoking. Will people talk about it? We go with our taste and our gut and ask, “Is this possibly a game-changer?” A lot of broadcast networks have comedies, dramas, reality shows and newsmagazines all fighting for a slot. Our slot is, “Your show is going to be our biggest priority.” Darren passed three times to bring Younger here; I had to go to New York, chase him down and tell him how badly I wanted the show. But we’re not on the pitch train where the town is coming in. With Cleveland, it was an accident. [Producers] Todd Milliner and Sean Hayes were pitching reality; I asked what else they were doing and heard the pitch and bought it on the spot. With Heathers, my senior vp [development and original programming] Brad Gardner had a relationship with [producers] Lakeshore and brought that in. With Throwing Shade, vp development Dana Tuinier brought that in because she is obsessed with the podcast and we went after them.

We sell 25-54. We do well with women 25-54. We’re always rebranding and constantly evolving. We’re doing really well with 18-49 and that’s new. Younger and Teachers’ numbers are matching women 25-54, which didn’t happen on Cleveland. We never set out to say we want millennials or young people but that has been the silver lining. We’re getting younger and doing better in the demo than we ever have.

Your modern take on Heathers is very progressive. How much edgier can you get?

“Edgy” is a tricky word. We never want to be TV MA just to be TV MA, with nudity and language just to have it. We will keep pushing our boundaries with great storytelling and not hold back.

People think our originals are soft and we’re super family-friendly. We’re not soft; we’re not anti-family-friendly. When we test some of our pilots, people think they’re an AMC or a Netflix show. What they’re really saying is those shows are on a level with good quality. 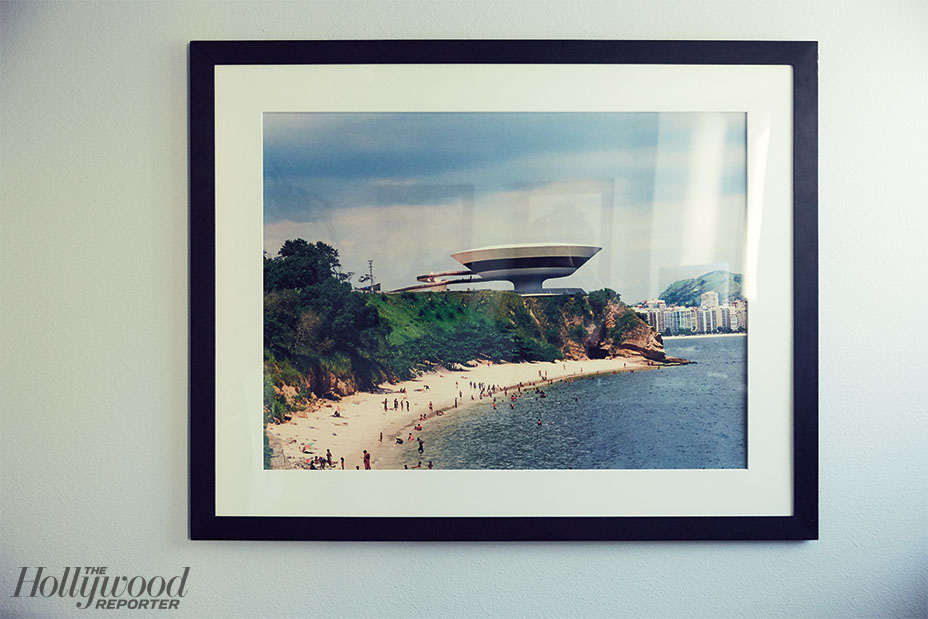 What’s your model for success?

I don’t want to be like other people. I love AMC, Netflix and FX, but we’re not trying to follow anyone. We have gut checks daily about who we want to be and what we want to buy. I want people to start looking at TV Land as a place that’s doing exciting, unexpected, interesting and premium narratives. I want to be a place where the brand of TV Land means trusting our taste.

Are there plans to expand originals to a second night of the week?

We don’t have enough [original content] yet. We want to keep updating the network, so if we have enough we could possibly go to a second night. We talk about it all the time. We have a budget, but if we get a game-changer pitch we can’t pass up, we go and figure out the rest later. The question for us is, with all our shows in season two, will they all make it? Some might not, and we might have a slot there. If we have an abundance of riches, then you find another night. I don’t know the night yet, but it’s probably not Sunday. 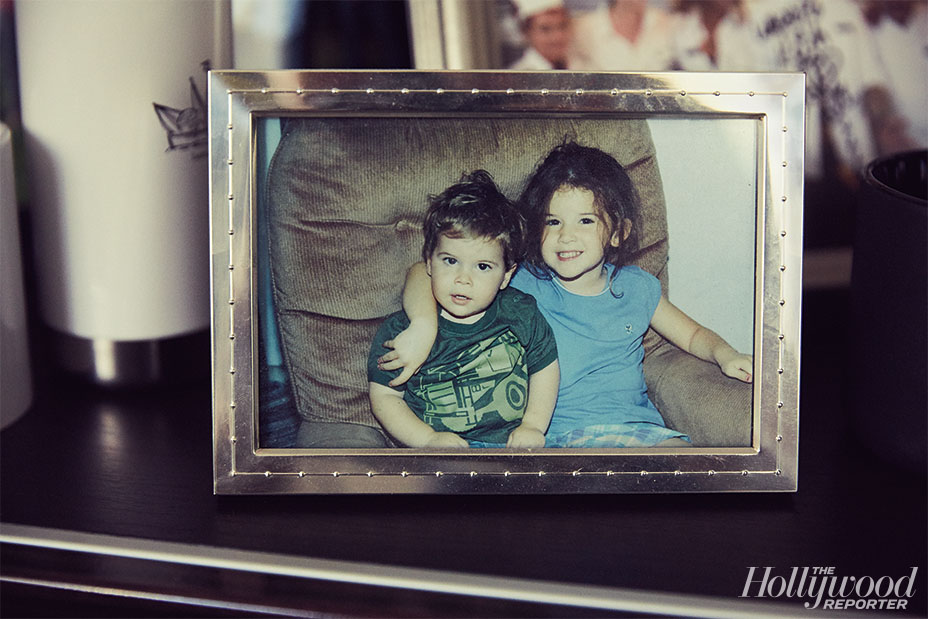 What conversations have you had about pushing into drama?

We haven’t gone out into the community and said we need to be in the drama business because everyone is in it. It goes back to that we’re chasers, so we’re not going to sit here and hear a drama pitch. We’re going to be strategic: What is our voice in drama? Then we’ll go out and get it.

What type of dramas do you want?

It won’t be dark, but then it can’t be uber-light. It’s that gray area we’re chipping away at right now, trying to figure out compelling, interesting, somewhat escapist and aspirational, dark enough — like Heathers — that makes it interesting, but not uber-dark and violent. There is so much competition in all forms of entertainment for viewers’ time, so we have to be vigilant in making sure what we create is truly worthy of our fans’ time. 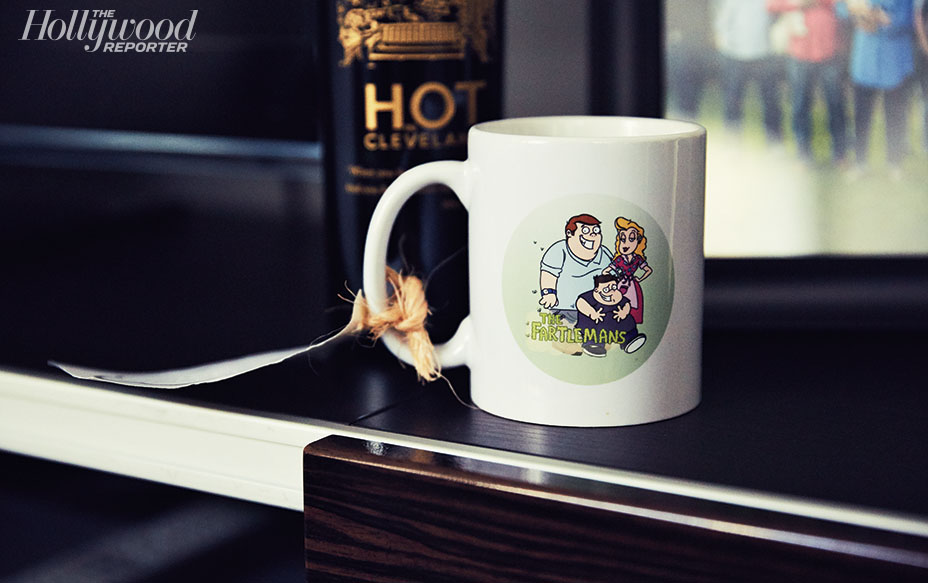 What’s the show you wish was yours?

Lifetime’s UnREAL could have been interesting for us. We may have done it a little differently, tonally. Netflix’s Stranger Things is a great show — nostalgia would work for us.

TV Land tried to do unscripted in 2014 with Candid Camera but it didn’t land. What’s the takeaway? Is that a space you’re looking to re-enter?

It was too on-brand and too soft, so it was setting us back. But I don’t think we’ll try again right now. Our brand is premium, scripted narrative shows right now.

People stealing my people. Suzanne Martin [from Hot in Cleveland] knocked it out of the park, and after Bob Greenblatt came to the third taping, I knew I was in trouble. He made an overall deal with her. It would have been nice to keep her in the family. We have so much potential at this channel. I don’t feel at all like I’ve tapped it. So going into drama or having more shows like Younger. There’s so much more to do. 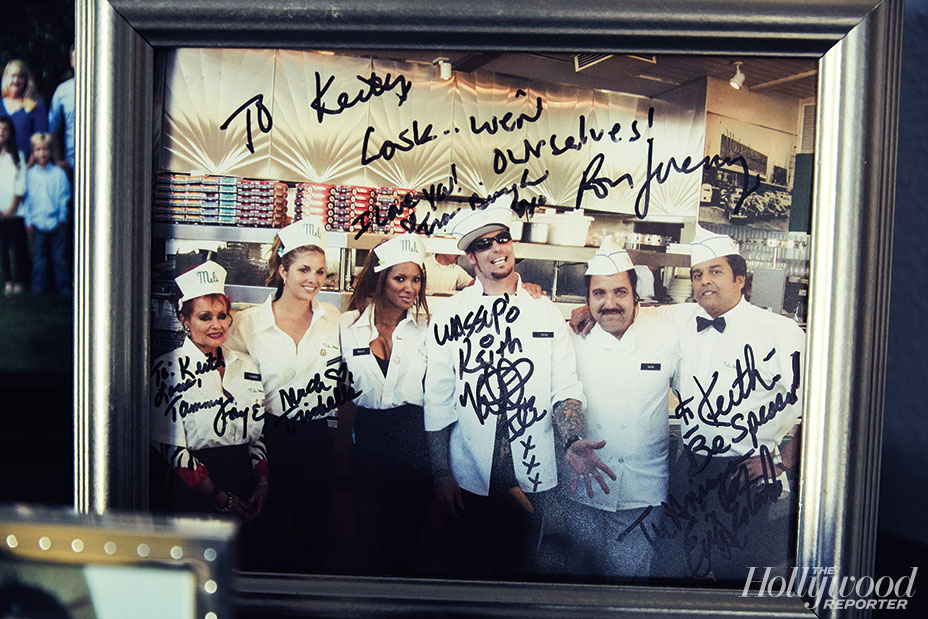 A TALE OF TWO TV LANDS

THEN: A lineup of entirely multicamera comedies.

Hot in Cleveland: Its first scripted ended in 2015 after six seasons.

The Sould Man: Ended in 2016 after five seasons.

Younger: Season three now airing; renewed for a fourth cycle to air in 2017.