“You’re already one of us.”

Thus reads the tagline for Twitch’s first official marketing campaign, which launched Thursday, more than eight years after the streaming platform first went live in June 2011 and over five years since it was acquired by Amazon for nearly $1 billion. With an average 1.3 million concurrent viewers and more than 57,000 active channels, Twitch continues to showcase impressive growth, but now it’s aimed at an even larger audience.

“We’re not leaving behind what Twitch is or was, we’re simply evolving how it’s perceived,” Twitch’s executive creative director Byron Phillipson tells The Hollywood Reporter. “This is our moment of arrival in the world. We want to go out and make a big bang and look to the future.”

While the new marketing push will be running on traditional broadcast platforms and on billboards and activations out in the real world, Phillipson says that the ultimate goal is for a “digital-forward campaign.” The ads will feature a number of prominent personalities from Twitch, highlighting the platform’s creators.

“We put our creative community at the center of the story and leaned onto some of our top tier talent and streamers to help us tell the story of what is Twitch,” he says. 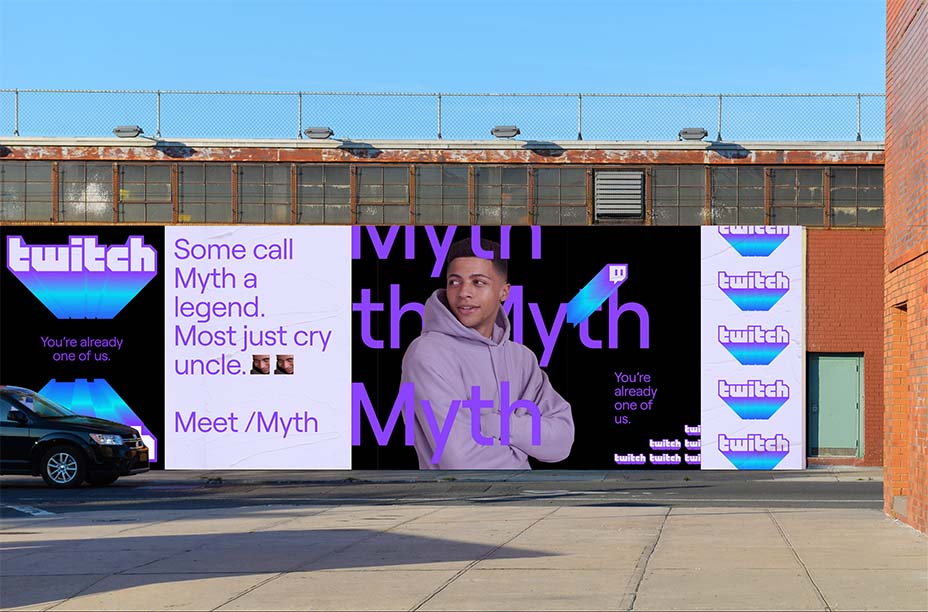 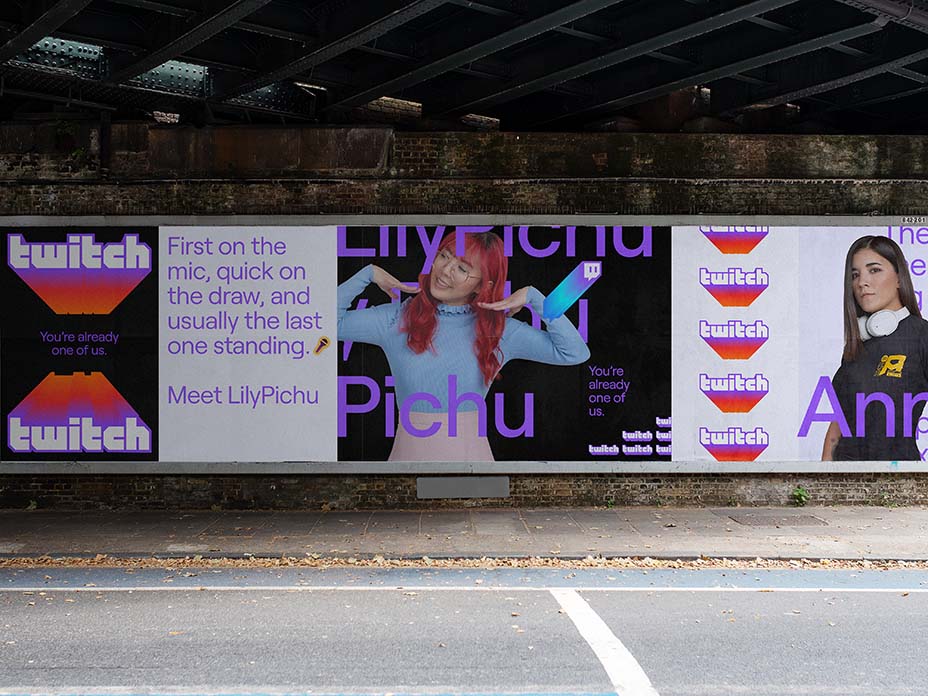 The campaign is tied to a redesign at Twitch, which also launched Thursday, introducing new typefaces, logos and expanded color palettes (though one should still expect a lot of purple — “Twitch doesn’t exist without purple”) for creators to explore and make their own on their personal channels. The new Creator Color tool will allow streamers to set a specific hue to their channel. Additionally, the platform’s desktop and mobile site has gotten a facelift, opting for a darker backdrop and catchier channel displays.

“We’ve always been deeply rooted in our community and we’re looking to mine as much value for them and a future with us going forward as possible,” says Phillipson. “Our entire strategy behind the campaign and redesign was all in service of elevating our community and creators.” 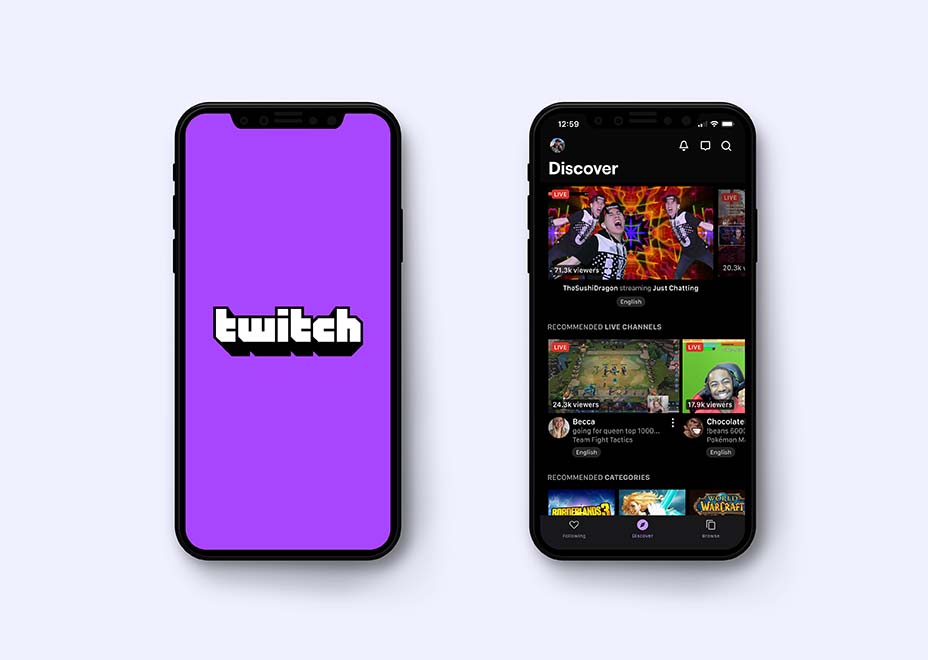 One thing that’s not changing are the platform’s emotes, which will continue to be available on Twitch but will also be a big part of the new campaign. “Emotes are a language that exist to us and us only. We didn’t want to change it,” says creative director Sam Johnson.

“We were careful to preserve the magic that makes Twitch,” adds Trisha Choi, director of design systems at Twitch. “Every decision that we made was about giving ease of use to those who need to connect with streamers. The products that are coming to life are going to make it easier for streamers to stream and for the community to uniquely connect with those streamers.” 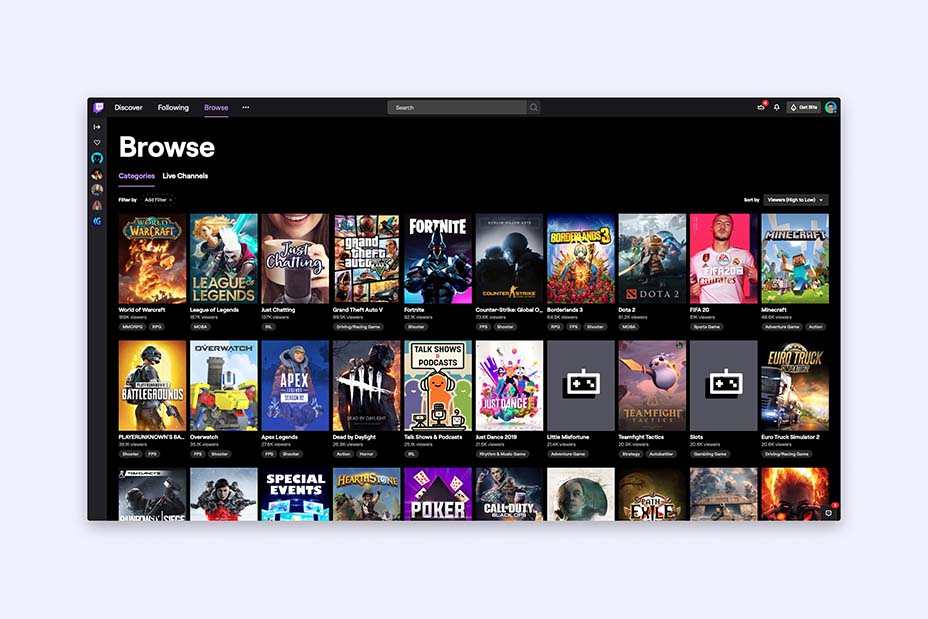 Twitch is primarily known for its gaming content, but that’s also a perception that the team hopes to expand with the new look and redesign. “We’re opening up to say that this is more than just gaming,” exlpains Phillipson. That includes an increased focus on other areas, such as sports and music.

Twitch asked for feedback from those within (and without) its community when developing the redesign and new look for the platform. “We checked in with our creators, our community and with folks that have not yet been on Twitch, and all this data really did inform our design decisions,” says Phillipson. 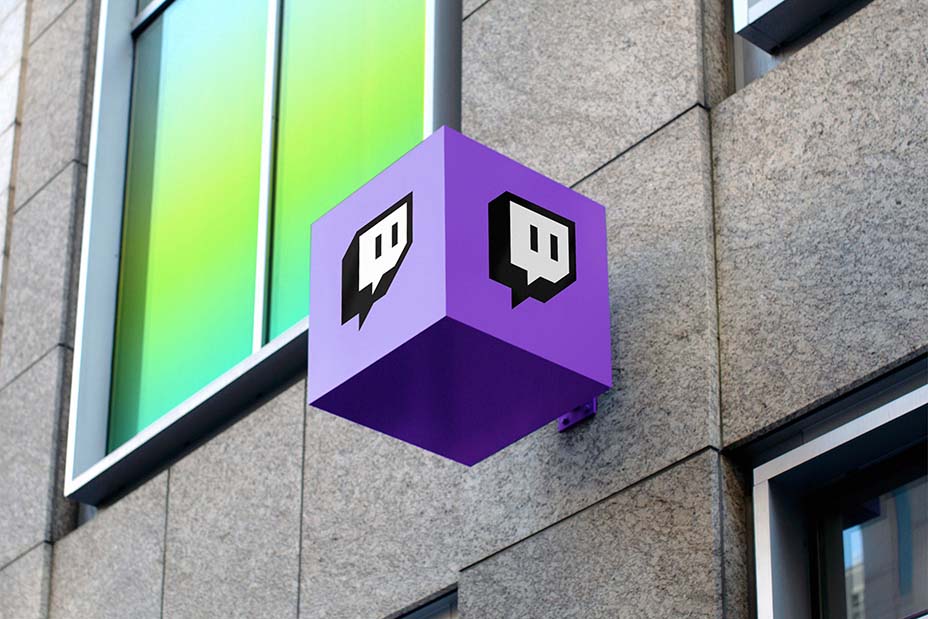 Choi notes how important the sense of collaboration is for the company. “Twitch’s brand is really special. It was born out of an authentic community finding its voice together,” she says.

“The goal is to bring both creators and viewers to the platform,” Phillipson says of the new campaign. “On Twitch, you’re still participating even if you’re just a viewer. The hope from us is that one day you’ll step inside and actually become a creator.”

Gamers' Plight: Why So Many Esports Players Retire by 25 — and What Comes Next