Dawn Olmstead’s brightly lit corner office has almost none of the usual trappings of a Hollywood work lair. There’s no desk, nor is there a computer or bank of TVs airing what’s come of the 50-plus series the president of Universal Cable Productions (scripted) and Wilshire Studios (unscripted) has in active development. And that, Olmstead says, is by design.

Before shifting to the executive side in 2014, the longtime producer (Prison Break, Girlfriends’ Guide to Divorce) had grown accustomed to set life, where her iPhone was command central. So she created a space to foster collaboration. An assistant brings in a laptop if something needs to be screened, but Olmstead, 49, a mom of five (ages 10 to 19) with showrunner Matt Olmstead, prefers sitting comfortably on the couch with colleagues and writers digging in on story.

When she began, the bulk of those ideas were to service NBCUniversal’s cable networks. And while there’s still plenty that stays within the portfolio, from USA’s The Sinner to Bravo’s upcoming Dirty John, premiering Nov. 25, Olmstead and her team of 95 (across both studios) have not only doubled UCP’s output but also successfully transitioned it into a hub for high-end content, from Homecoming (now on Amazon) to The Umbrella Academy (coming to Netflix). Next, she plans to transform Wilshire Studios in the same manner.

The Brooklyn native, whose “side hustles” — as she describes Face Haus, the rapidly expanding fast-facial company she co-founded with friends a few years back, and Three Weavers Brewing Co., in which she and her husband are investors — are as impressive as her day job, opened up about her transition and her strategy.

You spent much of your career as a producer. How did that experience inform your approach as an exec?

I really understood how shows were made in a way that a lot of executives don’t. They eat at the restaurant, but they’re not in the back looking at, like, “Here’s where the shipment comes in and you have to unpack the meat and then make sure it’s at this temperature.” I also really understood how notes get perceived once an executive gives them. You know, what happens when we all hang up the phone.

Knowing what you did, what did you want to do differently?

In [my past,] there wasn’t a lot of intermingling with the other people who had deals at a studio. If you had a deal at UCP, we encouraged you to meet each other. And we took our time in meetings. Sometimes when you’re figuring out how to adapt a book, it could take three hours. So, rushing through meetings could not be our style. That’s also why my office looks like it does. We wanted to create an environment where people felt they could roll up their sleeves and get something creative done. There’s a laptop somewhere but I do everything on my phone.

Oh, I have a whole process for that. I like paper and I have secret ways to have a lot of notes, but I also know that when you sit down with a writer, they can look at your script and think, “Oh God. That’s a lot of blue ink” or “That’s a lot of folded pages.” So I have ways that I prepare so that they can’t tell. I can see how the meeting is going and then decide how much to share.

UCP’s output has doubled since 2014. How do you balance selling outside with what stays internal?

In a case like Dirty John, once [writer] Alex Cunningham and [star] Connie Britton were attached with this amazing podcast, we probably could’ve had a bidding war. But the idea of doing this Orange County show for Bravo, which has The Real Housewives of Orange County and was looking for one event series, we could get them to sign on to something bigger — two seasons without a script. And it’s Bravo’s No. 1 priority. At an Amazon or another platform, it’s not guaranteed that we’d even get a billboard.

Sometimes. With Umbrella Academy, [NBCU Cable-owned] Syfy really wanted it. But Netflix did, too. And Gerard Way, the creator of the graphic novel, wanted to be at Netflix. If our creatives don’t want to do it, we don’t want to do it either because we want to do Gerard’s next thing, too. 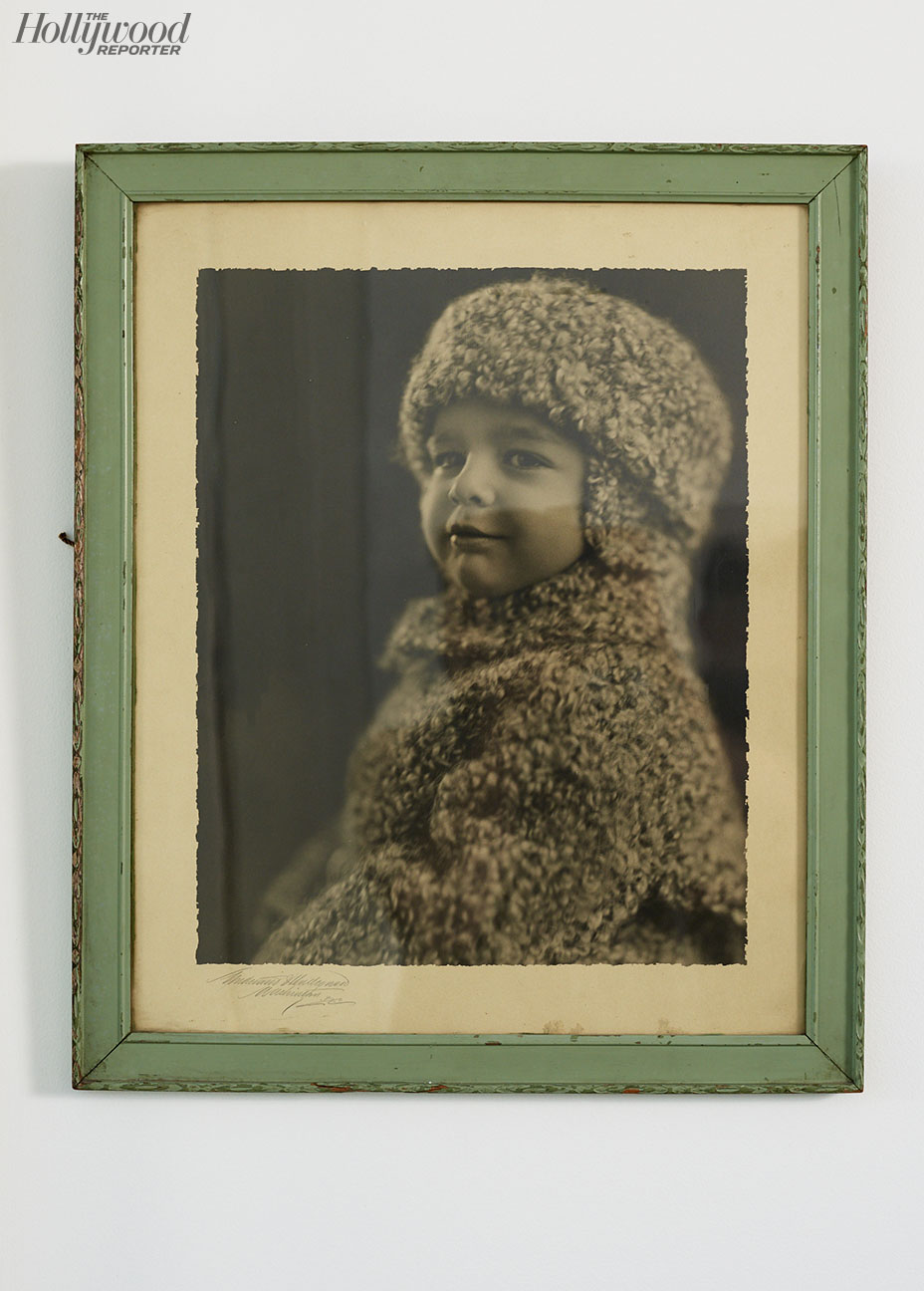 Right. Mr. Robot was great for USA, but Homecoming [also from Sam Esmail] was a half-hour that we wanted uninterrupted, and Julia Roberts would only do a streamer and nobody here pushed back. For George R.R. Martin’s Wild Cards, Hulu [agreed to open a writers room to develop two series that would launch a universe]. No one else got to hear [the pitch] because Hulu made such a big play, preemptively, to take it off the table. Susanne Daniels did the same with Impulse at YouTube. She picked up a pilot, without a script, and people should be rewarded for that risk. 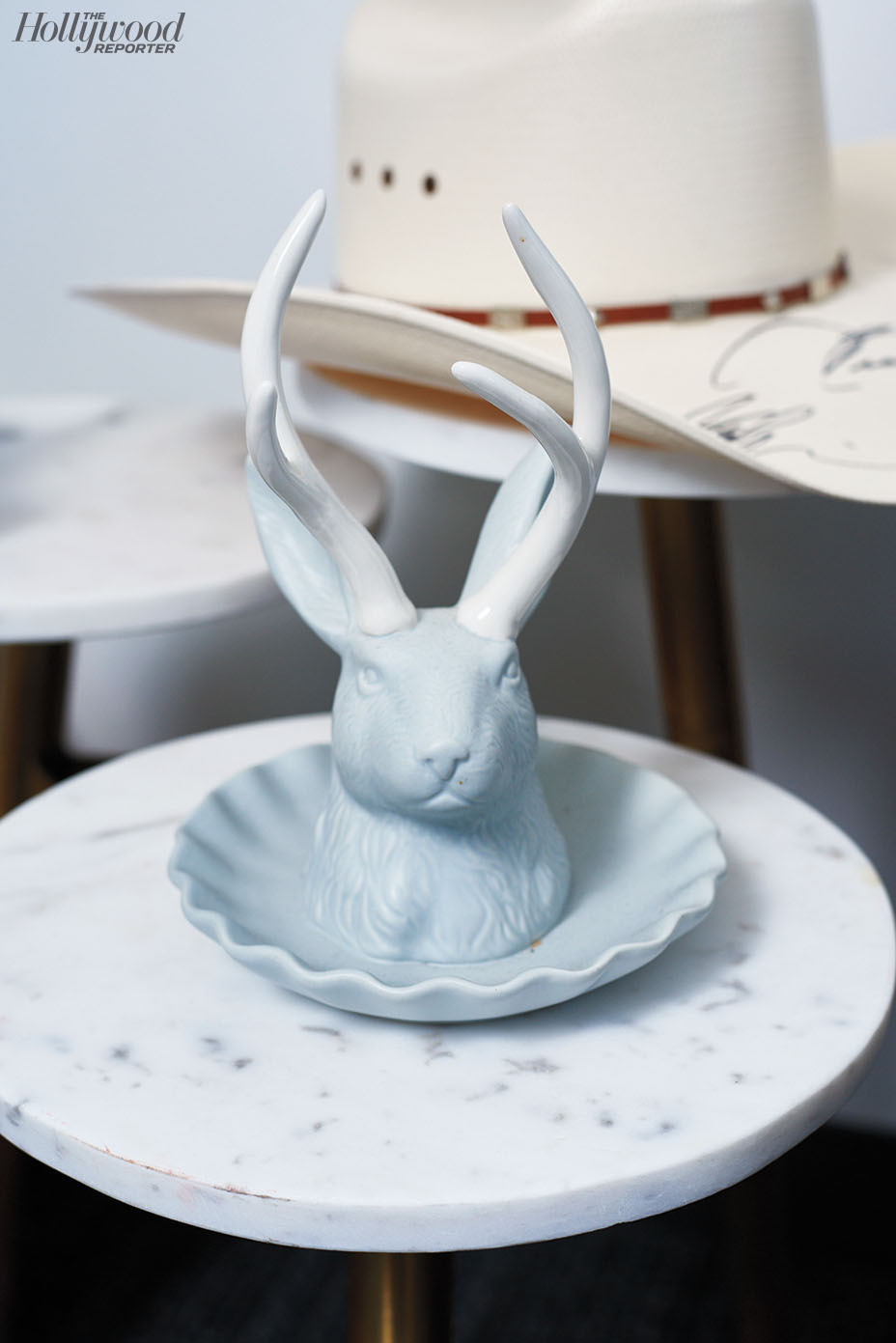 You have Homecoming and Dirty John, both based on podcasts. As IP, what’s the appeal?

The speed. A crime can happen, and within six months there’s a podcast and we can be on the air within 18 months of that. Because of the success [selling] Dirty John, we were able to get Dr. Death before it even came out. By the time it reaches peak interest, we’re taking out our spec. People call us first because they know we’re suckers for them.

What’s your competitive pitch against the Netflixes and Amazons?

You can lock yourself in one place, but it’s like an upside-down funnel. It’s one person’s taste up at the top. Whereas we can go around town and see which tastemakers are in line with your creative vision, which ones will put all their support behind [your show]. All of the platforms launch shows every day. You may be the one on the billboard and the one they send to TIFF, or you may not be. Passion from a platform head or a network head really matters. Press feels it. The HFPA feels it.

You also run a studio for unscripted, where the model differs. How does your approach differ as a result?

Scripted is in this premium space, and unscripted is going there, too. When I’m at dinner tables, I’m talking about Wild, Wild Country as much as The Sinner or Fauda. In the beginning, we went to every Oscar-nominated documentarian and said, “The Jinx happened accidentally. It was supposed to be a film. So did Making a Murderer. How about we try to do that purposefully?” 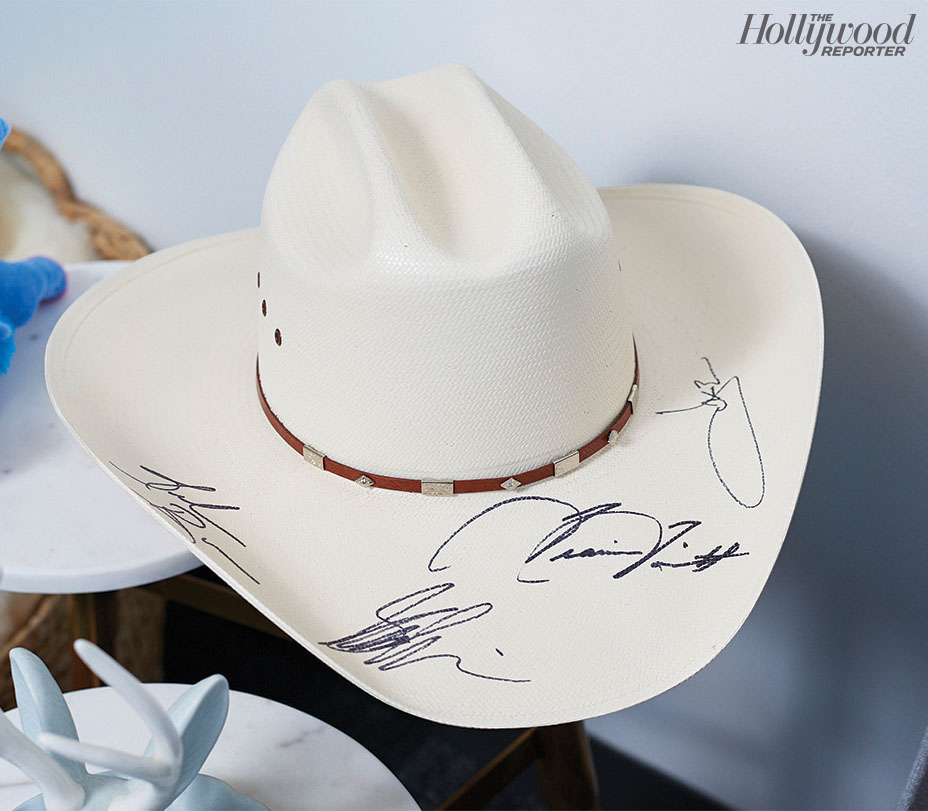 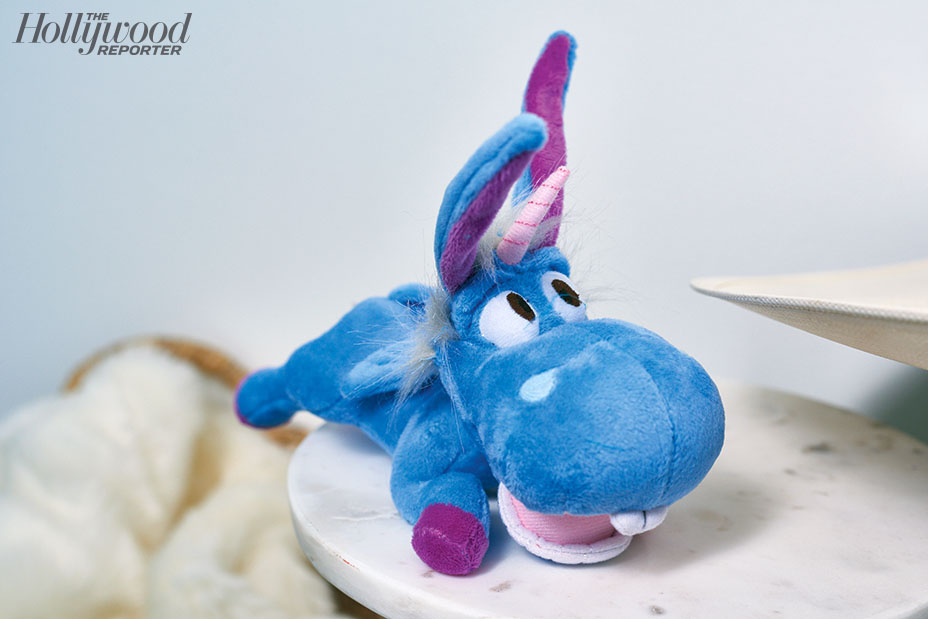 What’s come of it?

[Paradise Lost‘s] Joe Berlinger did our first show for Oxygen, Unspeakable Crime: The Killing of Jessica Chambers, which is the No. 1 show on Oxygen and its first foray into premium crime.

You’re married to a writer. Does he practice his pitches on you?

He’ll act out a scene at dinner before he starts writing, and he can tell whether I’m interested or not. Before he started the NYPD Blue reboot, he pitched me the end. I got a little teary-eyed, and he was like, “All right!” (Laughs.)

Face Haus has turned into a major business. What’s the genesis?

There were three of us: Karey Burke, who runs Freeform, Jenn Worley, who used to be in the industry, and myself. Our daughters were best friends and when mine turned 13, I took all three girls to get facials. A year later, they start saying, “We want [another] facial.” We were like, “That was a one-time deal. They’re really expensive.” And my daughter said, “Why are facials so expensive? It’s just cream on your face.” It was a good question. We thought, “If there was a Drybar for facials, we’d go right then.” By the end of the night, we were texting each other names. Now, we have five locations, with two opening in Dallas and another in New York. 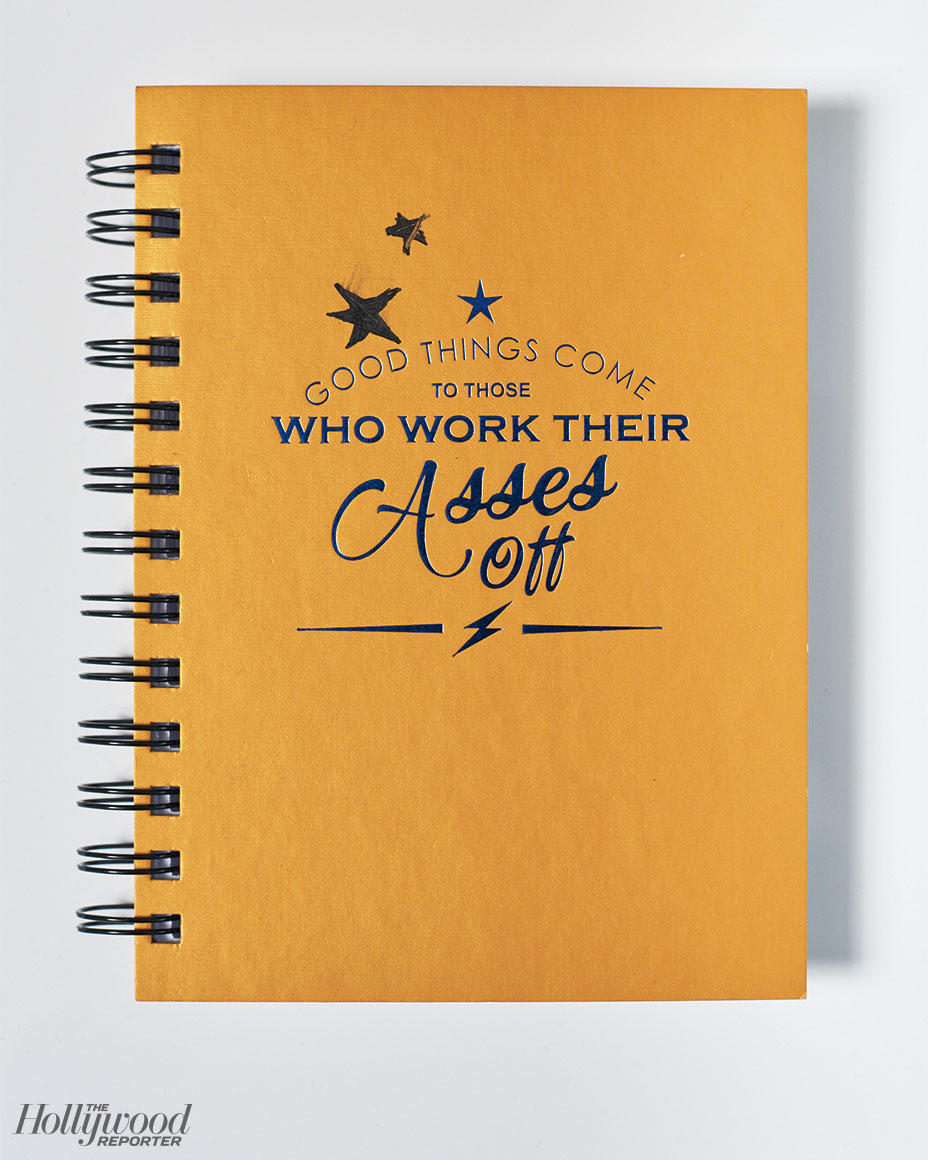 A version of this story first appeared in the Nov. 14 issue of The Hollywood Reporter magazine. To receive the magazine, click here to subscribe.