In June 2015, then-presidential candidate Donald Trump sent a letter to Univision CEO Randy Falco, banning the media exec from his Miami golf resort following the Spanish-language broadcaster’s decision not to air the Miss USA pageant that Trump owned. But if the slight bothered Falco, an avid golfer, he’s not letting on. The letter sits framed in his corner office at Univision’s New York headquarters. And Falco, who has since been invited back to Trump’s resort, remembers with a chuckle how Trump told him, “I was personally hurt by what you did. Because, Randy, you fired me on the air.”

As the mainstream media is struggling with how to cover Trump, Falco, 63, is positioning Univision squarely as an advocate for its mostly Spanish-speaking audience. And at least in the news game, it’s working. Evening news ratings are up 17 percent since January. But the Trump bump can’t entirely save Univision — which is owned by a Haim Saban-led investor group and brought in $846 million during 2016’s fourth quarter — from ratings erosion. In four years, the network lost 48 percent of its primetime demo audience as rival Telemundo became competitive, though Univision remained the top Spanish-language network last season. So Falco, who spent 30 years at NBC , is emphasizing live entertainment and sports while revamping telenovelas for a modern audience.

Falco, who led AOL during the final years of its merger with Time Warner before joining Univision in 2011, also sees a future for digital programming aimed at a multicultural audience. With a long-planned IPO still on hold, the company has been buying up media brands — everything from Gawker to The Onion — to boost a portfolio that includes Fusion, the website and cable network that began as a joint venture with ABC aimed at Latino millennials.

The Bronx native, a grandfather of two who lives with his wife in Westchester, invited THR to his office to talk about how to reverse ratings declines and why the company hasn’t gone public.

Michael Wolff: How Trump Can (and Just Might) Kill AT&T's Time Warner Deal

It’s something that we noticed about three years ago. The audience wasn’t as passionate about the storylines that they were seeing coming out of Mexico, which is where our main supplier, Televisa, is. They wanted faster-paced programs; they wanted programs that weren’t as long as they traditionally had been. The typical novela started to be as long as 150 episodes. You can hardly binge on 150 episodes.

What changes have you made?

When Televisa started to get feedback from us, it was met with a little bit of skepticism. They said, “Well maybe that’s just the U.S. audience; we’re not seeing that here in Mexico.” They started to see it in Mexico and that’s when things changed. We were able to come to an agreement where Isaac Lee, who is the head of all of content here at Univision, would also be made in charge of all of the content at Televisa. In the past, we were a secondary market for Televisa. Now, we have become a primary market. For instance, we just did Vino el Amor, which was done out of Napa Valley and dealt with an immigrant family dealing with issues that immigrants in this country often face. The ratings were up significantly as a result of that.

Clearly Telemundo has done a very good job in one time period, at 10 p.m., with narconovelas. We were not able to do narconovelas because Televisa was concerned the government in Mexico would view that as glorifying the world of narcotics. But they haven’t increased their share very much. I do think that a lot of it is because the Netflixes of the world have very highly produced programming. As a result of that, we doubled down on live events, live news, live sports and entertainment. We put Pequenos Gigantes, which is kids competing and dancing and singing, at 8 p.m. We’re going to go more in that direction. 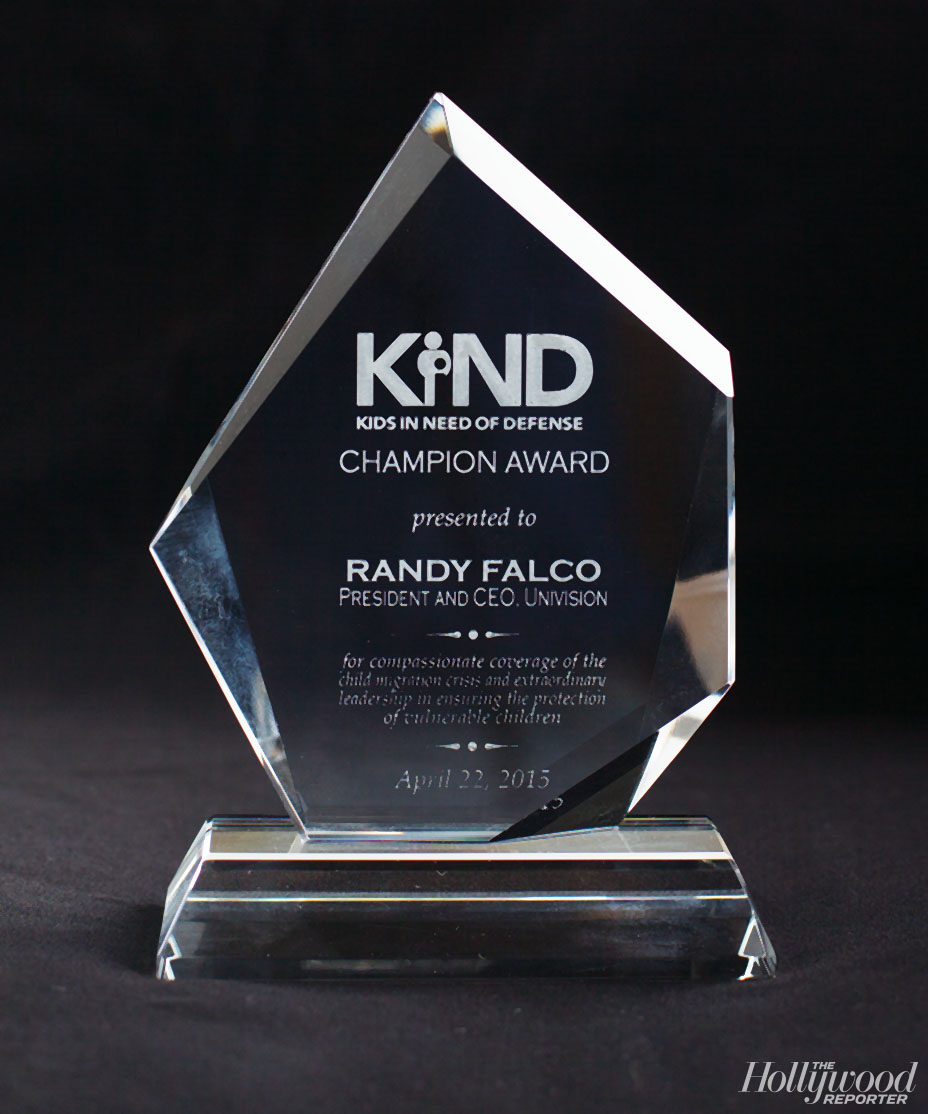 But you lost the World Cup rights to Telemundo.

We walked away from that. It was way too expensive for the sites that were being picked. Look at Russia and the Middle East — it’s a 10-hour time difference from the West Coast, where our audience is. So I suspect those ratings will be down over 30 percent. I’ve been doing this my whole life with the Olympics. So much of the success of any big international event is about time periods.

How did your co-production deal with Netflix for El Chapo come about?

When we started to talk to them, they actually came up with the idea of Univision distributing Narcos, the first season, just before the second season launched. That led to what else we could do together. I really loved the idea of getting into a co-production arrangement with them where we get the first run of whatever is produced here in the U.S. and then they get worldwide rights.

What happened to your deal with ABC to jointly run Fusion?

Disney was looking at it more as a strictly news channel, and I saw it as something that was a little bit edgier and dealt with social justice issues to make a difference for a multicultural audience. There was no anger involved, it was just a divergent set of views on what the future of the channel should be. We had a friendly break-up.

How are you integrating your digital acquisitions into Fusion?

We have a strategy around the Gawker properties that we recently acquired. We have a very engaged audience for sports on Deadspin, and Jalopnik is great for automotive. One of the things that caught my attention is the idea that you could take one of those passion points and move them over to the linear side of the business. One of the things we’re going to do this year is an automotive show from Jalopnik.

Your critics say that these digital media acquisitions are all about juicing the business for an IPO.

Honest to God, that never crossed my mind. I don’t sit around here thinking about, “Oh, what can I do to artificially juice the value of the company for an IPO?” I think about what’s exciting for the company and for employees. Do they feel like they’re coming to a place that is growing, that’s diversifying, that has a mission?

What’s behind the IPO delay?

In the past, the market was the holdup, nothing that’s going on at Univision. We’ll see what the owners want to do. 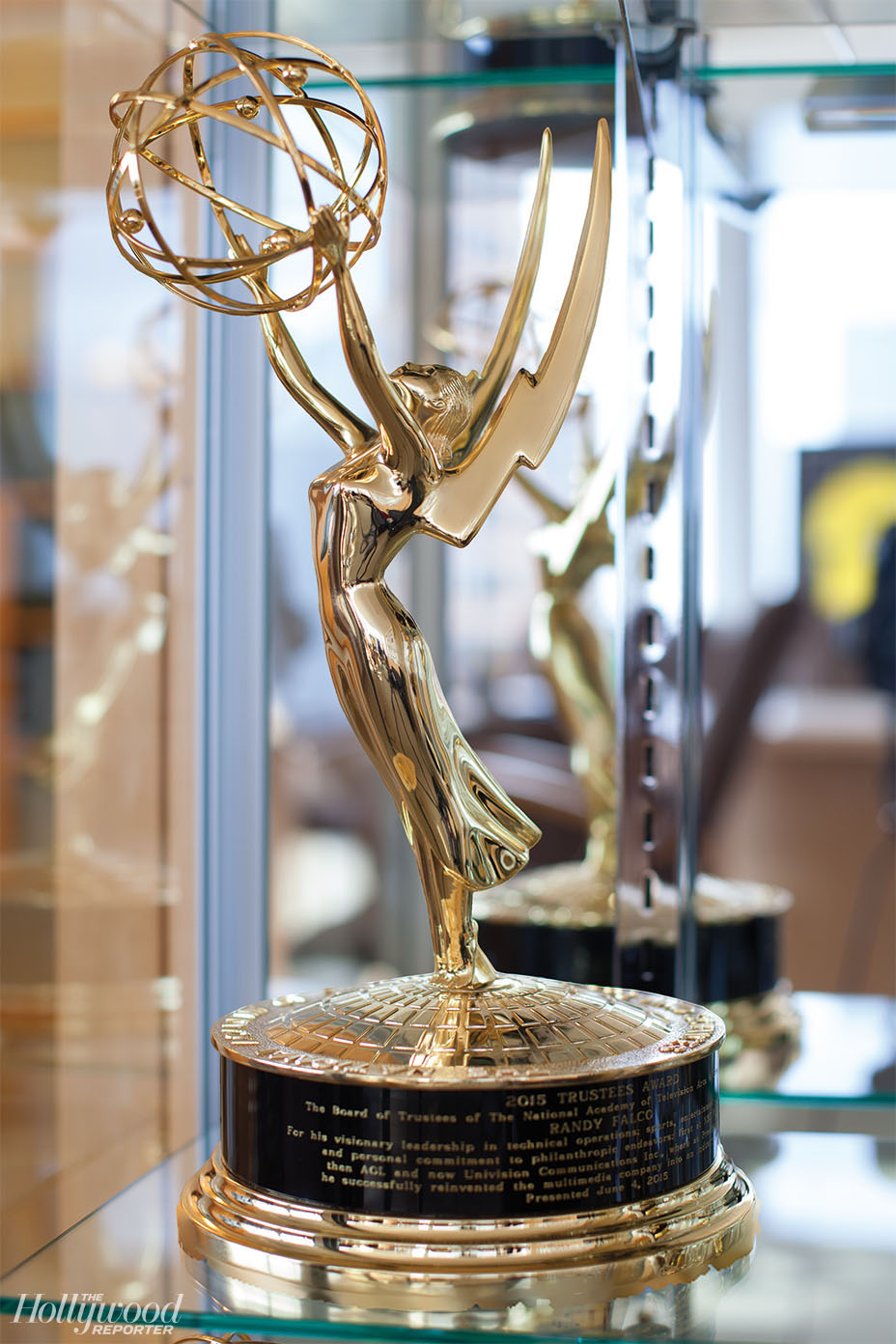 After being at AOL while it was part of Time Warner, what do you make of the current wave of dealmaking?

It’s never good for content owners to have consolidation, and I’m not crazy about the idea, frankly. Vertical integration isn’t great [for us] because many of these guys actually own competitors of ours, and while you expect them all to act accordingly, they’re still competitors. I’m not sure that’s viewed aggressively enough by the government to put safeguards in against that kind of behavior.

How is Univision approaching its coverage of President Trump?

I’ve said this many times, and it might be a little controversial, but I really want the news organization here to be advocates for this community. We have to be. It’s a community that often doesn’t have a voice. We’ve had town halls across the country over the last month or two letting people know what’s the truth and what isn’t the truth. We’ve had our difficulties with Trump, but I remind people that we are the media company that called President Obama the “deporter in chief.” So we report and we advocate without fear or favor. 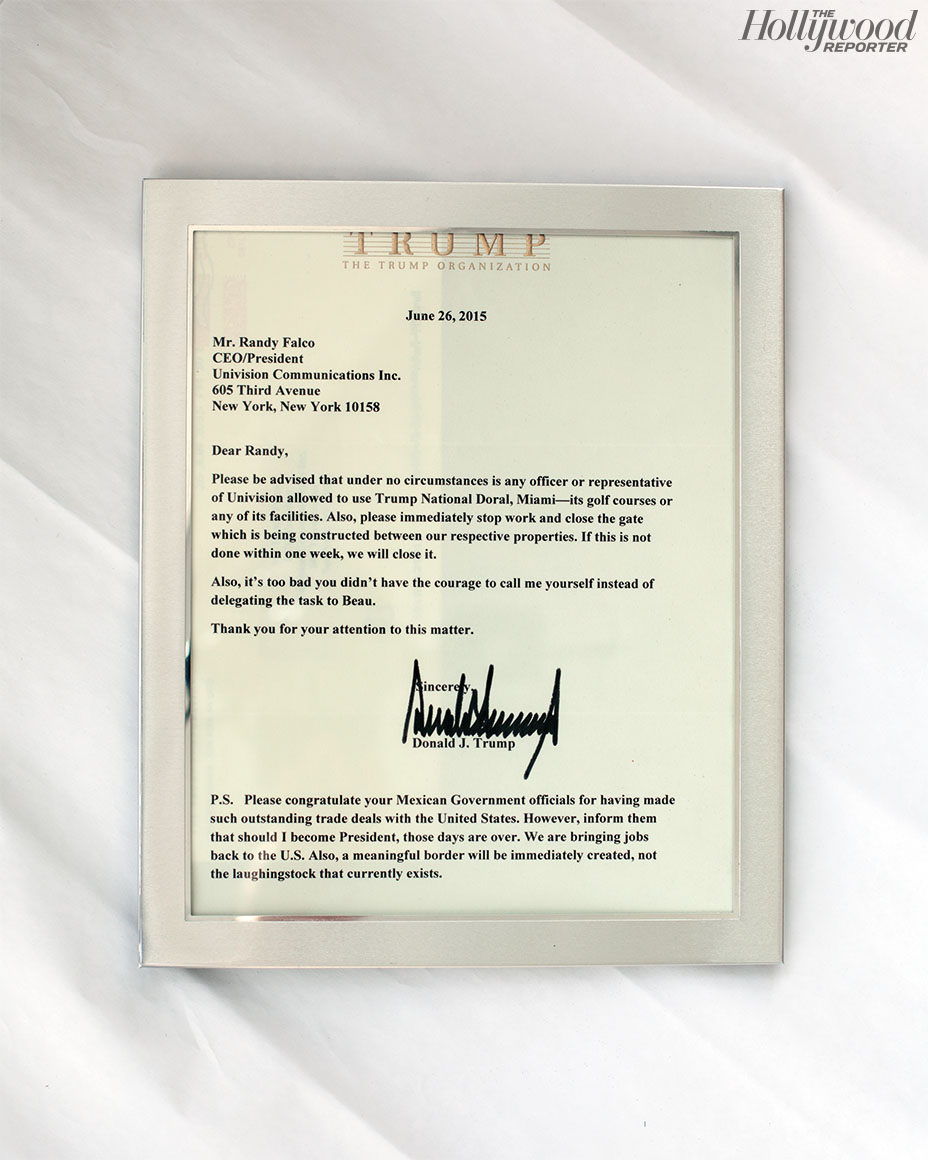 You met with Trump recently. What did you talk about?

I reminded him, now that he’s president, his policies will impact the community. He always complains that his word gets filtered through other people, so I said: “You have an opportunity to go on the air in an unfiltered way. You can talk to this community through Univision and tell them about your policies.” One of the great fallacies about the Hispanic community is that they care about one issue: immigration. That’s not true. I reminded him of that. We had a great conversation. He agreed with me and said that he would come on the air.

Do you speak Spanish?

I don’t pretend because authenticity is very important. But most people will tell you I understand more than they would like. I go into [TV] markets and watch the local news, take notes and send it to the GMs, and they’re like, “Oh my God, he’s here.” So I do understand enough of it. 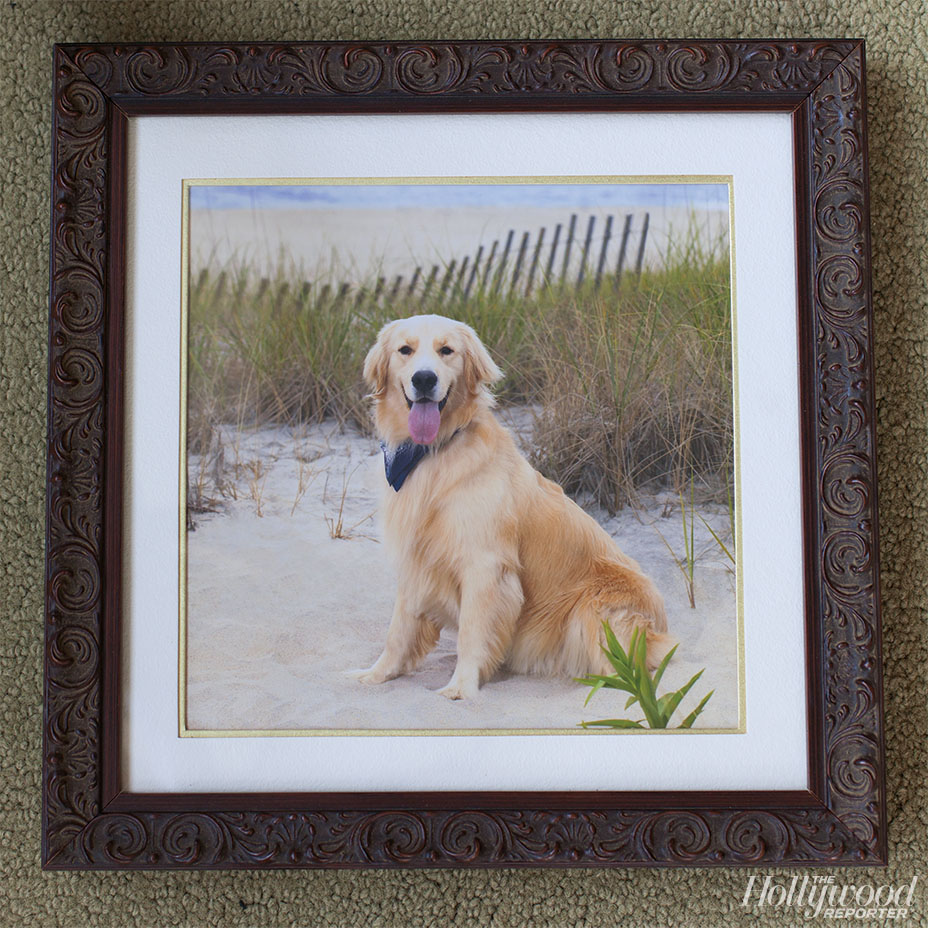 A version of this story first appeared in the March 29 issue of The Hollywood Reporter magazine. To receive the magazine, click here to subscribe.