On the morning of July 28, Unorthodox co-creator and executive producer Anna Winger was on a video conference call with much of her Netflix miniseries’ cast and crew. They were going to watch the Emmy nominations together, and she was trying to play it cool. “I was like, ‘I don’t want anyone to be disappointed. There’s no reason to think … We’ve already come so far and I don’t want everyone to be upset,’ ” she says with a laugh.

It turns out she had nothing to worry about, with the show earning eight nominations, including for limited series; lead actress for star Shira Haas (who plays a young woman who leaves New York for Berlin, running from her marriage and strict Orthodox Jewish community); directing for Maria Schrader; and writing for Winger.

Winger, who is American-British but has spent years living in Berlin (though she’s camped out in the French countryside during the pandemic) spoke to THR about adapting Deborah Feldman’s memoir, finding her lead actress, and the reaction of the Orthodox community.

How did Deborah Feldman’s memoir come to you, and why did you decide to adapt it?

Our kids go to school together in Berlin, so we know each other. Our kids were actually on the school bus together. I read the book, and I loved it, and she was like, “Oh, you should make a TV show of this.” And I was like, “I don’t know if I see it as a show.” I’ve never adapted a book, and I certainly never adapted a memoir. A memoir is so internal and a TV show is so activated, it was just a different way of looking at the story. At the same time, I had been talking with [co-creator] Alexa Karolinski — she’s a documentary filmmaker from Berlin who’s made two amazing movies that are about the German Jewish experience. We had been talking about doing something in that space. So we sort of merged our ideas that we were already having with this, and with Deborah’s story, because she trusted us and she gave us the creative freedom to do that.

Finding the actress to play Esty must have been so key. How did you land on Shira?

It was really difficult, actually. We looked at young actresses in the U.K., Germany, the U.S. We got tapes from all over the place also. It was just one of those magic moments that happen rarely, but when they do, everybody remembers it, because when we saw her audition, it was like, “She’s the one. That’s it.” We had looked at probably 60 young women at that point. We were always looking for somebody who had this combination that’s rare, of the fragility that you believe that she’s this young bride, that she could play somebody so young, but also this person, this inner strength to survive, that you believe that she was going to make it out of this situation. Because very few people ever leave. We didn’t show anyone else to Netflix.

The show captures such specific details of this community. How did you go about that?

We had probably 10 actors in the show who were originally [from the Hasidic group] Satmar. So there were a lot of people to check details. And it was funny: Sometimes they would argue about details. I still just remember this one huge debate about the color of socks. At a certain point we were like, “Oh my goodness, you’re never going to get this right — if you guys couldn’t agree on what color the socks are.” I’m sure we did make mistakes, but we tried really hard. And of course, it’s expressionistic, the style of the show, it’s heightened. We didn’t intend to make a documentary or an anthropology of this community, but we wanted to see it through Esty’s eyes. So there’s certain things — we took creative liberty, for example, in the Passover scene, in episode four. The whole room is covered in tinfoil. And in fact, they don’t cover chairs in tinfoil, but we just thought that was so beautiful.

How did you decide on four episodes? And after the show’s success, would you ever explore the idea of another season?

When Alexa and I were breaking out the material, I thought, “OK, we could tell a really juicy story in four hours and just milk it for maximum emotion.” We always saw it as a romantic tragedy, but it has this kind of thriller engine. It would become something really different if you stretched it out over eight. Also by making it a limited series, we had this chance to do something super intense, that people just love, but then it’s over. I’m really so touched by how many people asked me if we’re going to do more, but I never saw it as something that would continue ad infinitum. It’s nice that people would like more, rather than they don’t want to watch more.

What’s been the reaction from the Hasidic community?

Well, they’re not allowed to watch TV. So officially they didn’t watch it. But of course a lot of people did watch it, and we’ve had mixed reactions. A lot of people were extremely excited that somebody made a show about their community. And then some of the people who left thought they would tell that story differently, of course, which makes sense. Generally speaking, the response has been really positive. We have had some older men who take issue with the depiction of the young female experience, but then again, that’s … par for the course. The thing that’s been most surprising and special about the reaction has been the response in places where people [generally] have nothing to do with Jews at all, like India, or Latin America, or Saudi Arabia, Turkey, Japan. People send us notes on social media saying, “Esty’s story’s my story.” For us, that’s been really cool, that it’s crossed borders of faith and culture in a way. 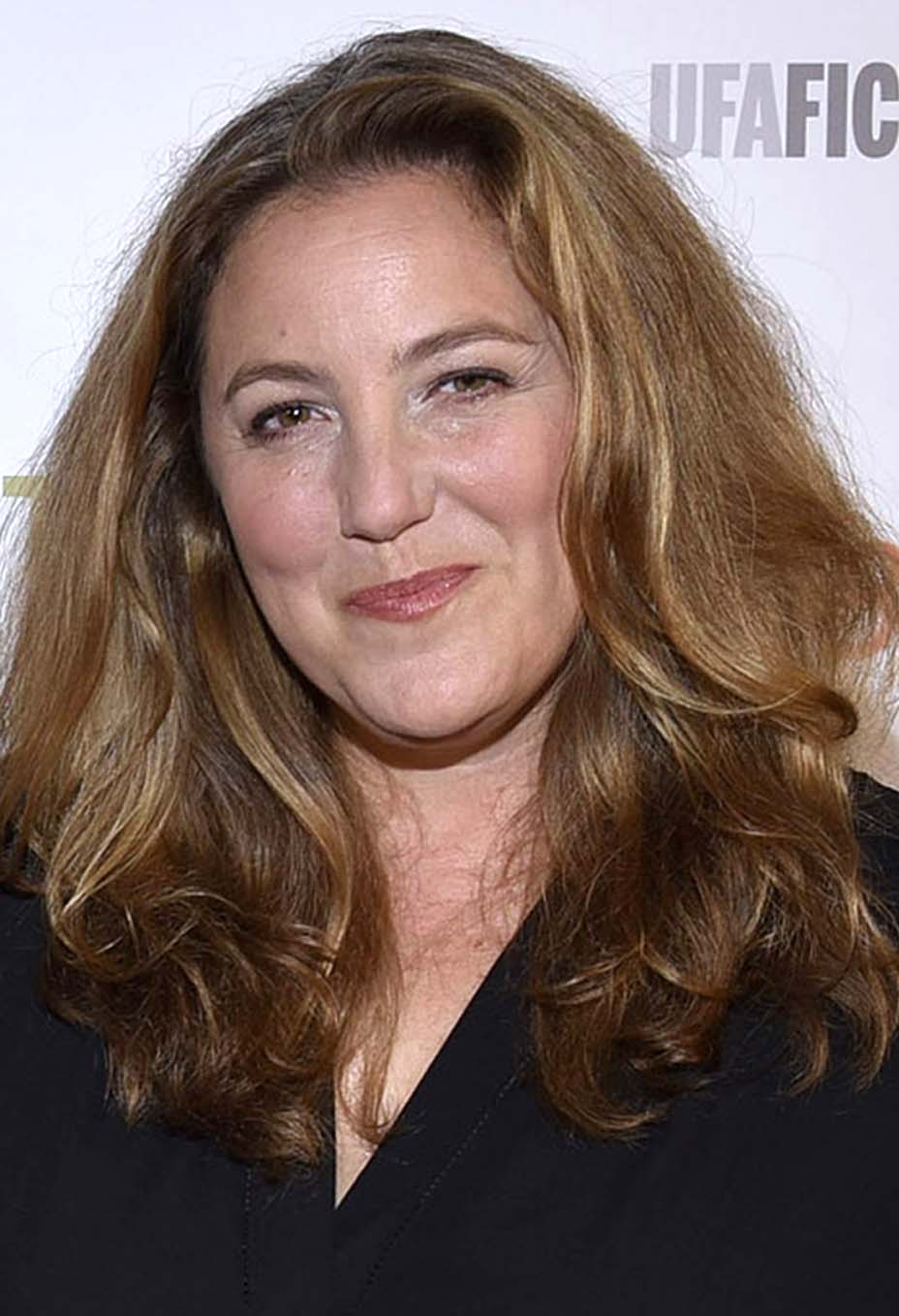 A Cultural Consultant for “More Than Just Interpreting the Language” 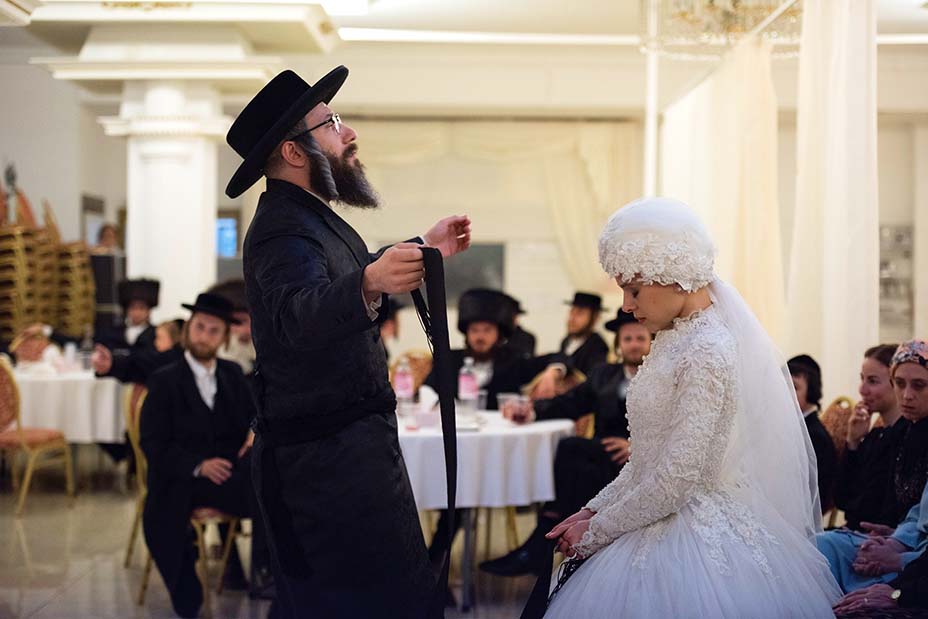 Because Unorthodox dives deep into the culture of the Hasidic Jewish community and includes plenty of dialogue in Yiddish, the creators needed the help of an expert to make sure they got the details right. Enter Eli Rosen, an actor for New Yiddish Rep, a Yiddish-language theater in New York. Initially, Rosen, who was born and raised in a Hasidic Jewish community in Brooklyn, was hired to help translate the scripts into Yiddish, but eventually he was also brought on as a cultural consultant to coach the actors on their Yiddish (lead actress Shira Haas and other members of the cast were learning the language phonetically) and also to serve as a discerning set of eyes about details on the show. Plus, he stepped in front of the camera to play the character of Rabbi Yossele.

“We kept joking that he became our rabbi onscreen and off, because it was more than just interpreting the language — it was really interpreting the culture,” says co-creator Anna Winger. “It’s not just what they say, but what they mean when they say it. It was really rich conversation around Yiddish, around Jewishness, around the Jewish experience.”