Just when you thought things couldn’t get any worse on the international political stage, Man vs. Rock is about to unleash UnPresidential — a political satire to remind you that your worst-case scenario isn’t nearly as weird as things could get.

Written by Kevin Bieber and Victor Reynolds with art by Jeremy Labib, Jared Lamp, Aladdin Collar and the Yuan Twins, UnPresidential takes place in a world where President Donald J. Trump has mysteriously disappeared, leaving the way open for a special election led by a surprise candidate: Kim Jong Un. Didn’t see that coming, did you?

In a statement, Bieber — one half of the Man vs. Rock collective alongside co-writer Reynolds — called the graphic novel “the book for everyone who buys Hillary Clinton’s What Happened, but doesn’t have the time to read it,” adding, “It’s the perfect book for everyone who wants to read a thoughtful and insightful look at the future of our political system but ends up channel surfing 1980s action movies instead.”

The title, published by Man vs. Rock and distributed by Z2 Comics, will be released Nov. 21. If you can’t wait that long, look below for an exclusive preview, and see just how well Un’s campaign is going … 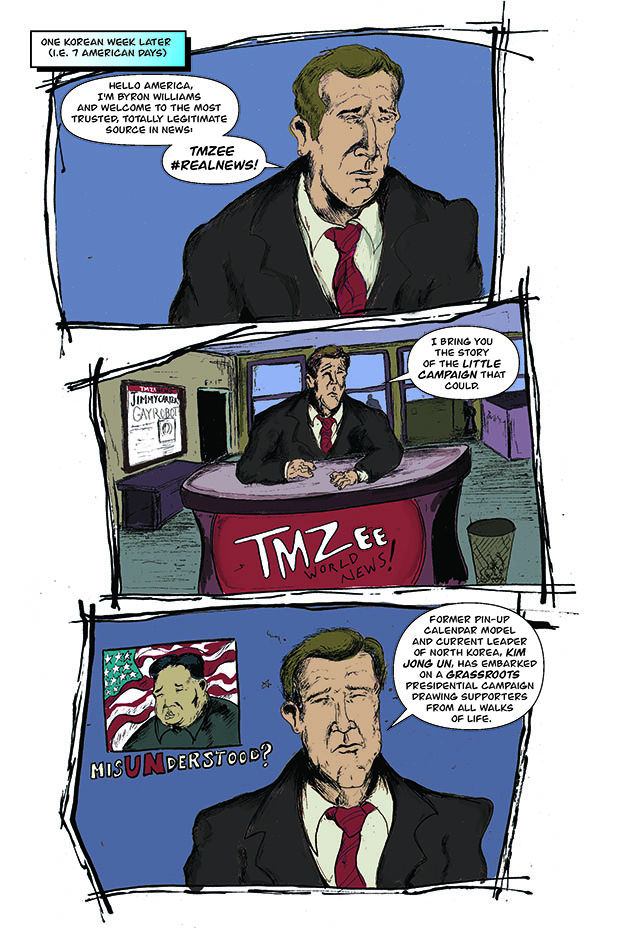 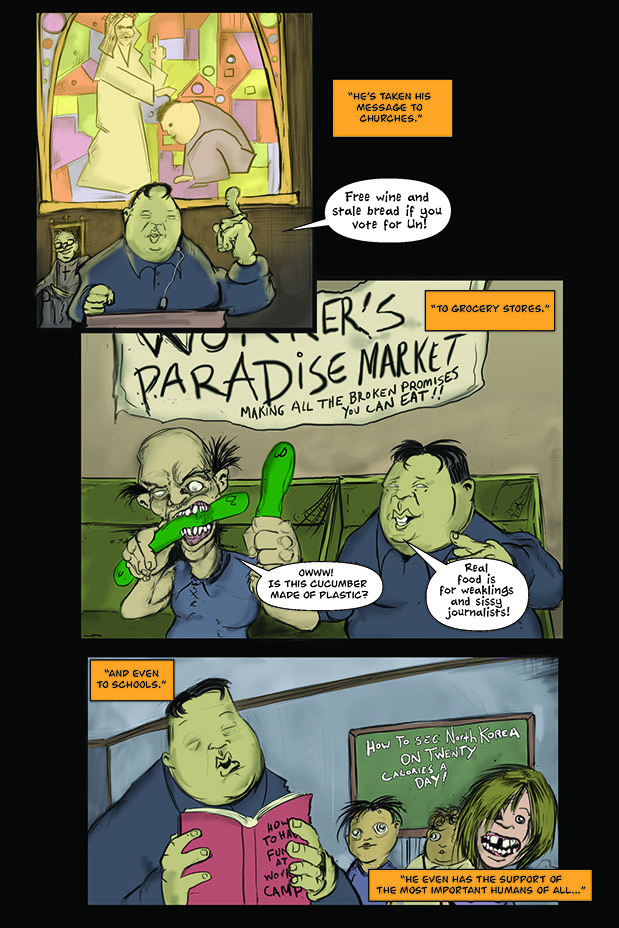 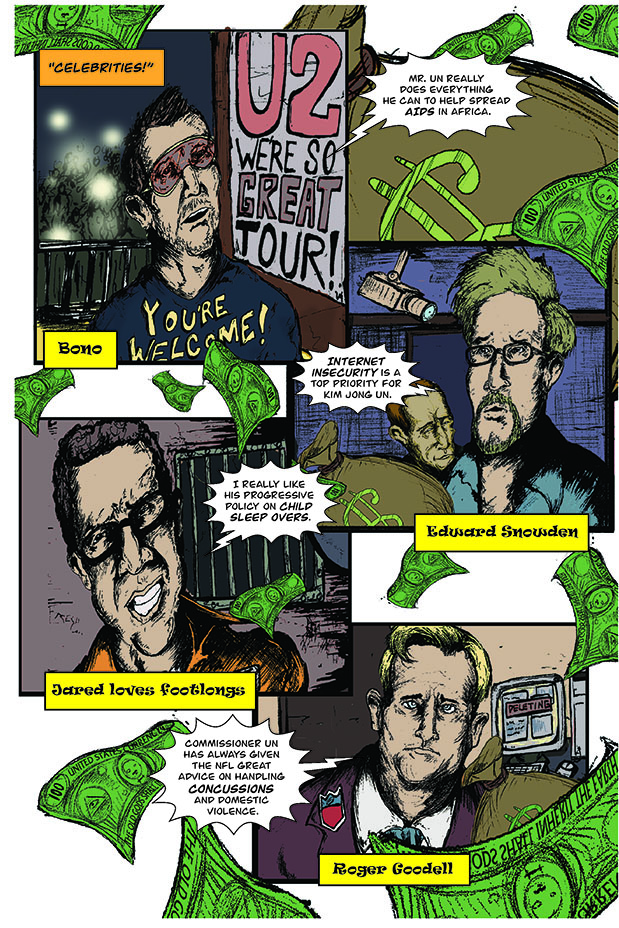 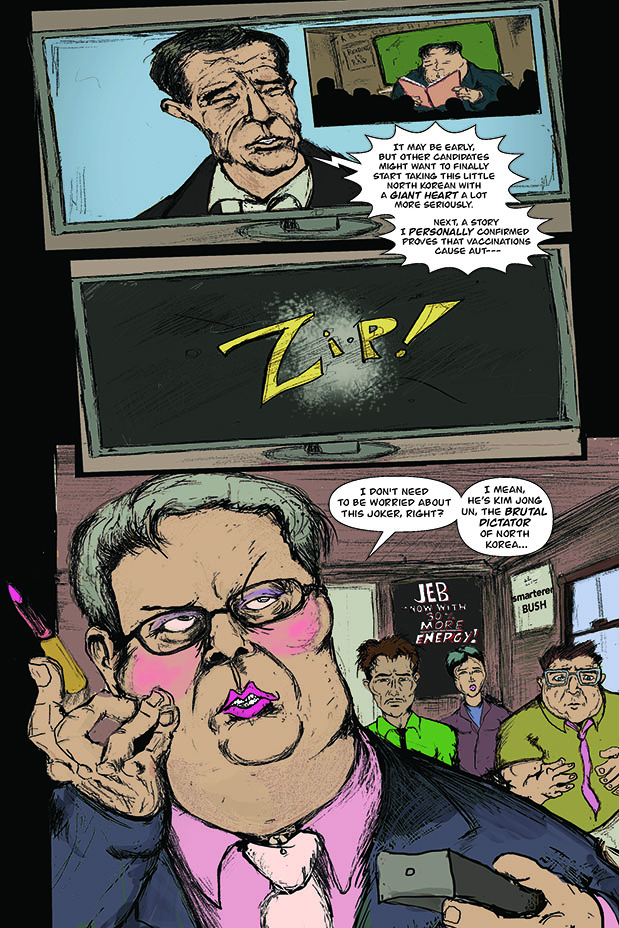