Pierpaolo Piccioli capped off a couture week in Paris on Wednesday night, literally, with a show at Hotel Salomon de Rothschild that was all about the hats.

Magnificent floating clouds in mint and lavender, almond and pink topped models’ heads. To say they were showstoppers would be an understatement; he opened with a pale blue one that set the dreamy tone for the rest of the show. Later, a barely recognizable Kaia Gerber walked crowned in feathers of fuchsia glory. 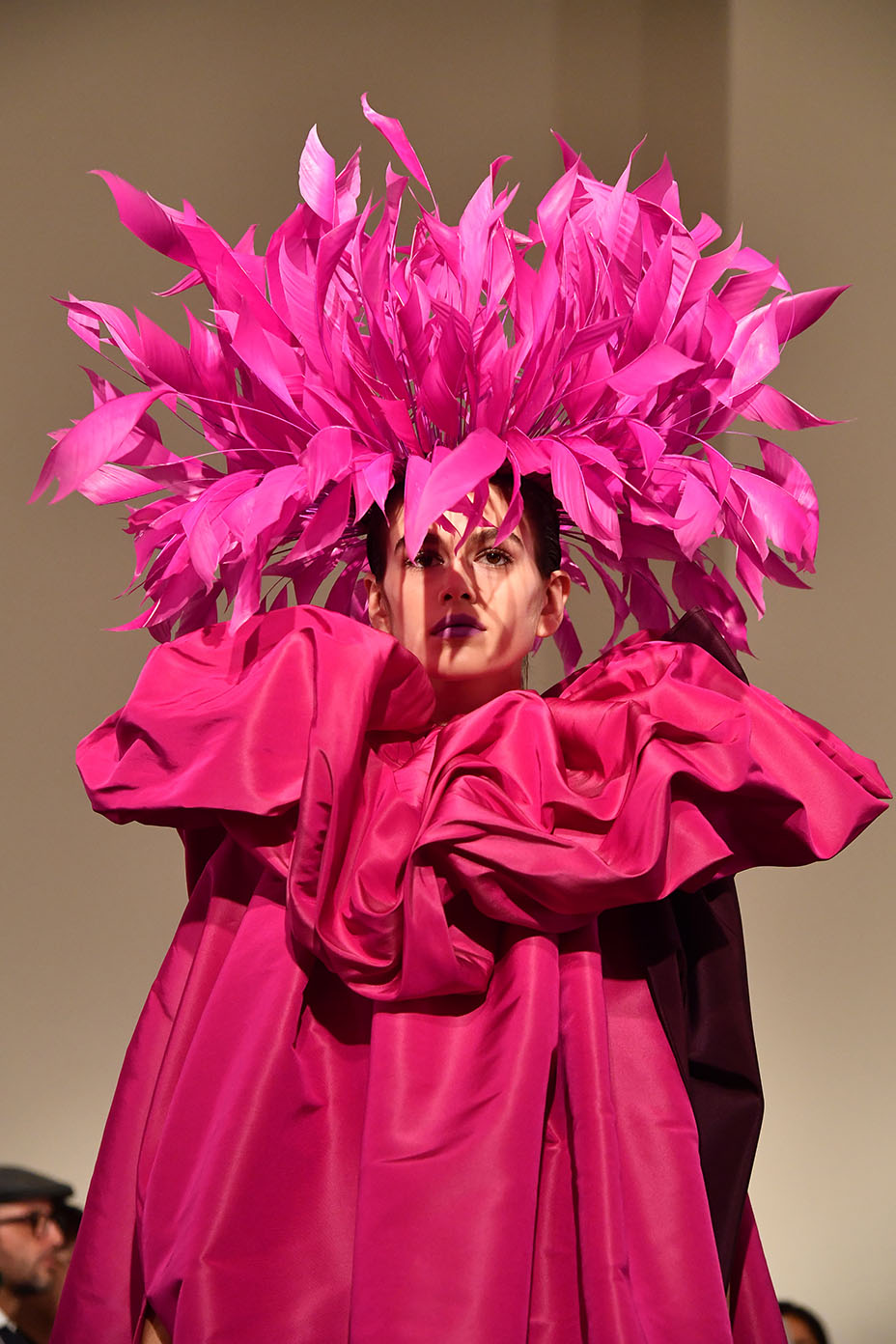 While they are not exactly the most wearable of accessories, Piccioli was careful to balance the whimsical with the practical, showing what he referred to in the show notes as “haute couture of the present times,” which translated to plenty of trousers and trenches alongside ballgowns. Even some of those were deceptive — the billowing bottoms were actually extremely wide-legged pants. And the beige coats were anything but plain, tied up with teal bows.

Bows were an ever-present motif across looks, with some versions even doubling as pockets. Edwardian collars and voluminous capes felt both elegant and easy, not overwhelming even though back in the real world it would take a brave fashionista to wear something so big and bold. 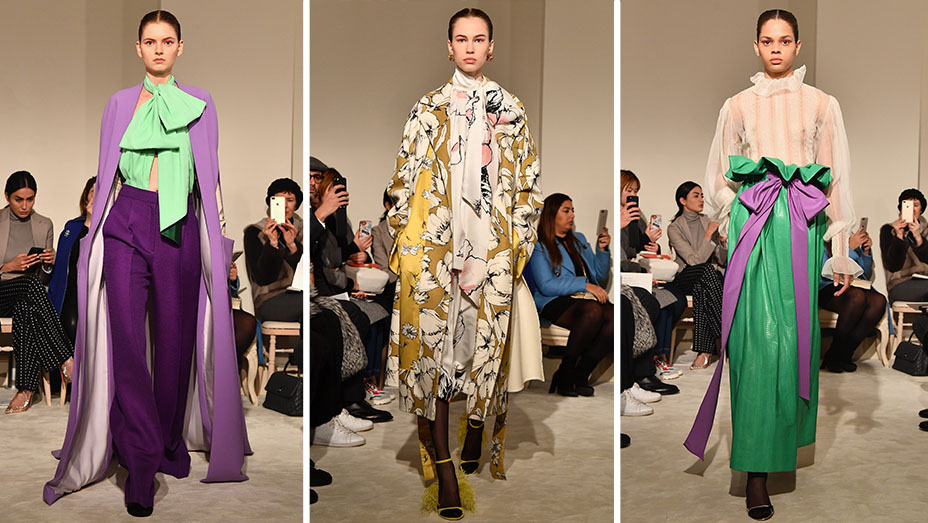 Colors that would seemingly clash worked perfectly well together: contrasting jewel tones, and a teal green belt next to forest green gloves. And proving that sportswear knows no bounds, there was even a floral sweatshirt over a ruffled blouse — at a couture show. There were a couple of misses on particularly low-cut dresses, sure, but who cares when the rest was so covetable.

There was a standing ovation for Piccioli, led by the house’s namesake Mr. Valentino Garavani himself, and his pal Donatella Versace, who had been holding court on a white couch before the show. The two titans of Italian fashion graciously posed for photos with fans. 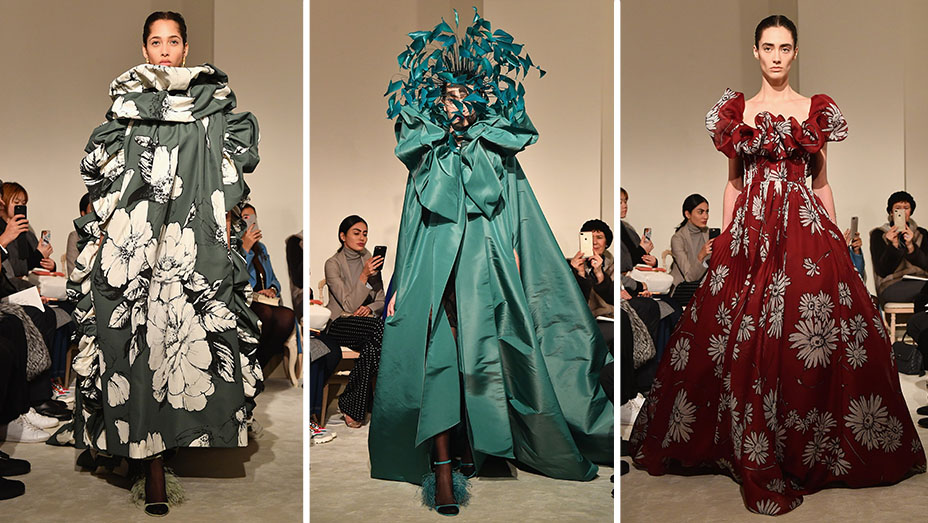 Kate Hudson, who wore a daring pink polka dot Valentino dress to the SAG Awards last weekend, said her style has shifted with her new shorter hair. “You realize that the idea that hair defines a woman’s sexuality or sensuality or how they feel about themselves, it actually goes away … You are who you are no matter what your hair looks like,” she said. “It’s definitely shifted the things I’m drawn to.”

Shailene Woodley made a last-minute entrance as the show was getting ready to start, and afterward gave her thumbs up: “It’s amazing that they’re all done by hand, stitch by stich.”

All The Stars At Paris Couture