Fans of Vanessa Bayer’s most memorable SNL characters — Jacob the Bar Mitzvah Boy, a naughty Christmas elf, an uncanny early-Friends Rachel Green, and chirpy, confusing weather lady Dawn Lazarus — bid farewell to all of them when Bayer retired from the sketch show in May.

Ending her run after seven seasons wasn’t the easiest decision — she was seen crying during her last curtain call. But the heartache came with a silver lining in the form of her first-ever Emmy nomination, in the supporting actress in a comedy category (she’s up against castmates Kate McKinnon and Leslie Jones).

“It meant so much to be nominated for my last year,” she says. Bayer recently spoke with THR about life in and outside Studio 8H.

You scored your first Emmy nomination for your last year on SNL. What was your reaction when you found out you were nominated?

SNL was my home for seven years and it was such an adventure being there. Being given this honor on my way out is so flattering. I was very emotional when I found out I was nominated.

Yes! I shook, I cried and had a lot of physical reactions to it. (Laughs.)

Why did you decide to leave SNL? 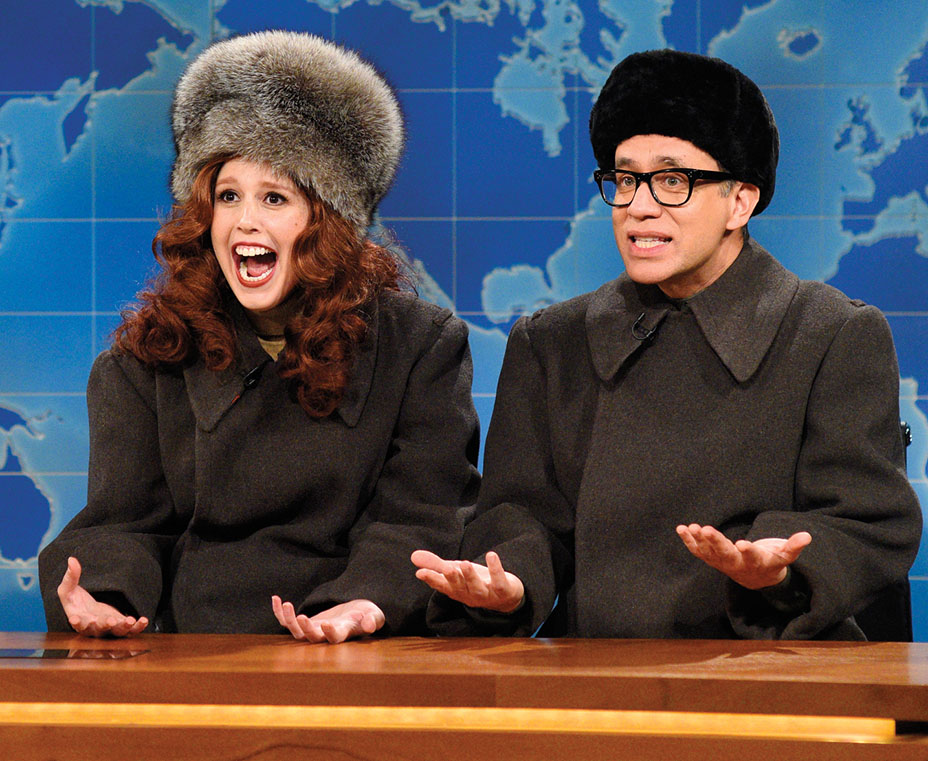 What were the most memorable reactions from the cast when they heard you were leaving?

Colin [Jost] wrote this goodbye sketch for the people who were leaving. He wrote this song, and all the details he put in it were about me talking about my sketch group from college and how I bring my brother and best friend to every show. I didn’t realize he knew me so well. You make such close friends there.

What was the song called?

He did it to, “Always a Woman” by Billy Joel.

We have this writers’ party at the end of the season that’s just for people who work at the show. I usually don’t stay that late, but I stayed until 4 a.m. and was one of the last people there. I was dancing a lot. I discovered a new way I like to dance that is like marching. You should try it. I was marching around a lot. I was like, “I’m going to keep this party going as long as I can.” (Laughs.)

Did you steal any memorabilia from the SNL set?

It’s funny that you ask because I just picked up the Super Bowl woman’s activity pack. We did these Super Bowl commercials [for a sketch], and every year there was a different twist on it. The first year it was this woman’s activity pack for women to have something to do during the Super Bowl. Bobby [Moynihan] found it and saved it for me. I just got it framed. I also have the Nuva Bling; a few years ago we did this commercial for Nuva Bling, which is a blinged-out Nuva Ring. One time I did a Miley Cyrus sketch, and I had this puppet named Smiley that looked like Miley. I have that puppet.

Are there any secrets you want to reveal about the show?

Something that never got on [the show] was that I would try to write these backstage sketches where I would go into the host’s dressing room and be really scary and aggressive to them because that’s not my personality. I’d say, “Hey, don’t step on my lines.” I thought it would be funny that onscreen I’m really smiley, but behind the scenes everyone is really scared of me. It never got on because I think even me pretending to be scary is sweet and silly. 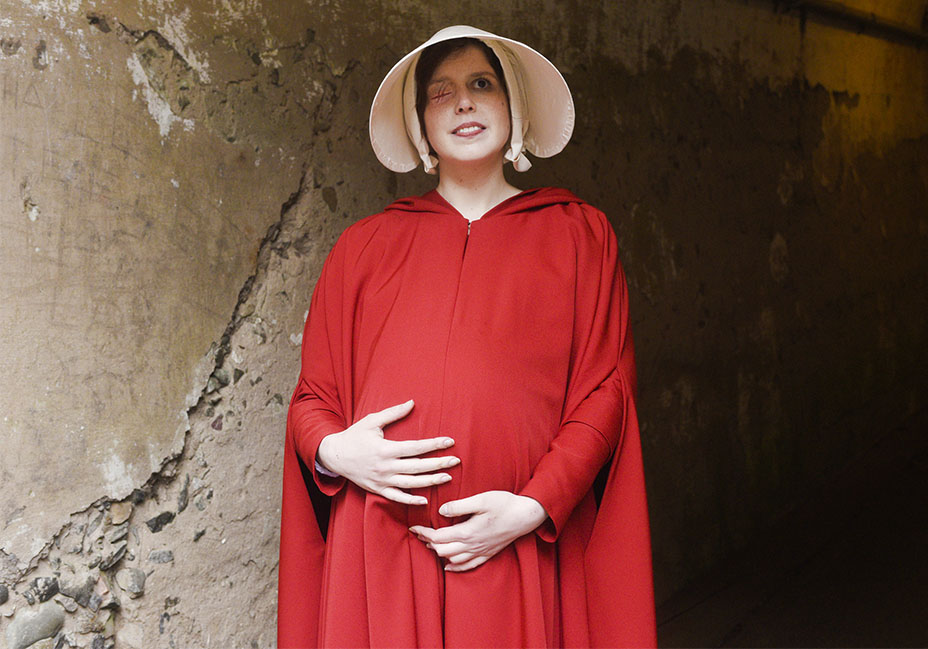 Which host did you want to do that to?

The first time we tried it was with Jeff Bridges because he’s a full, big and strong adult man and it would be me saying, “Jeff, don’t mess with me.” It would also be fun to do with Dwayne Johnson.

Which of your characters is your favorite?

The bar mitzvah boy Jacob. He feels the closest to my personality. The shyness and awkwardness is at the core of me. I went to bar and bat mitzvahs every weekend when I was in seventh grade, so I was basing this off of all these boys who were way too young to be doing something so formal and were acting so weird. A lot of my friends who have seen it and know my brother are like, “Oh, you’re doing an impression of him.”

What was the dynamic like between you and Jennifer Aniston when you played Rachel Green alongside her?

Sometimes you don’t want to meet the people that you love so much, but she is the best. For the sketch her hair stylist Chris McMillian came and was also styling my wig. I have a video of him having to pull my hair back because it was very ’90s to have this part flipped forward. As someone who is a superfan of Friends, getting to do Rachel with her was a dream come true. 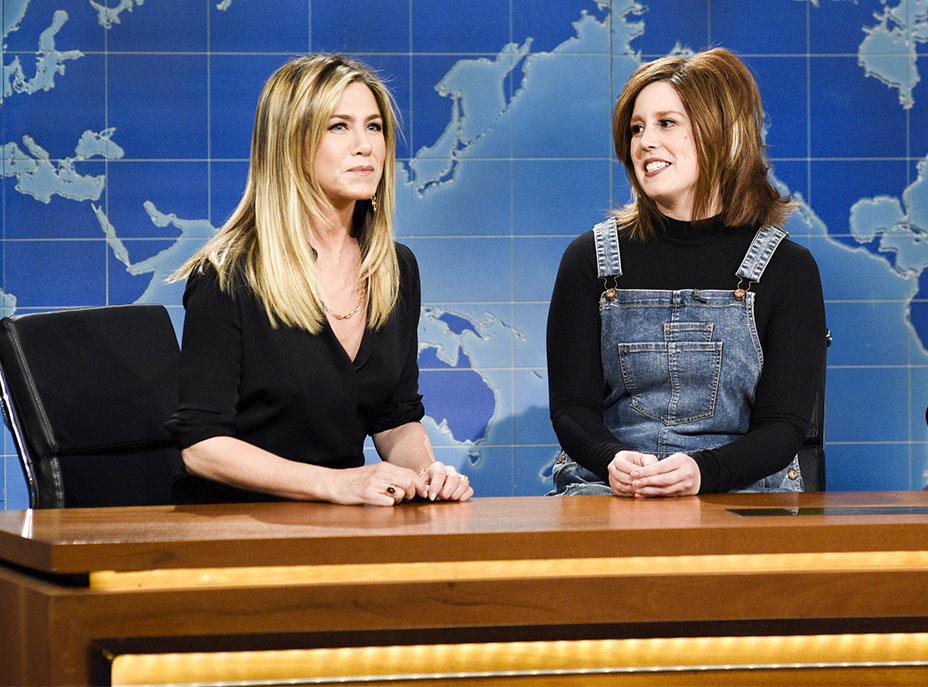 In your everyday life do you ever break into character?

Not unless I’m prompted.

How often do you get prompted?

Is there a character that viewers almost didn’t get to see?

We tried [a] meteorologist in a couple of other sketches, like as a game show host earlier in the season, and it got cut twice. And then we wrote it as the weather lady, and it still didn’t get on. Colin said, “You should try it as a Weekend Update feature.” Literally, I had three shows left, and I was like, “OK, we’ll try it,” and we did. I started it in January; we thought that was one that was never going to get on.

You appeared alongside now president Donald Trump when he hosted during the election. What were the conversations onset like that day?

We were all like, “Is he really running for president?” At that time I thought of him more as the host of The Apprentice. I remember he also could only be on TV for a certain amount of time because there were some rules about that. It was very bizarre. 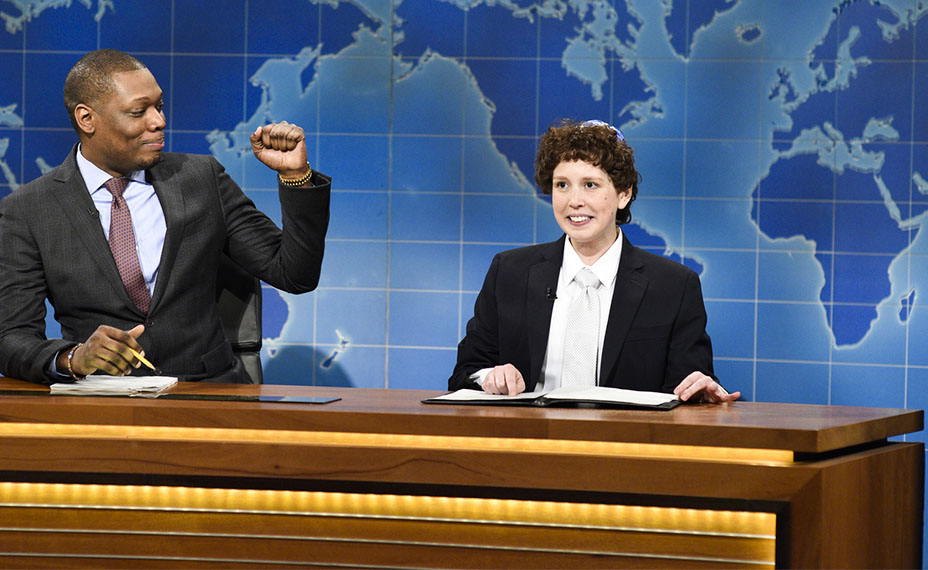 You never got to play someone in his administration. Did you want to stay away from that?

I got to play one of the reporters when Melissa McCarthy played Sean Spicer. She was so unpredictable and had such good comedic instincts. You would think, “She is going to hit me,” and then for the live show she’d throw something at you. (Laughs.) You didn’t know how it was going to happen.

Which castmember do you consider a role model?

When I got to the show, Kristen Wiig was there. Just getting to watch her work was always so cool. It was so educational and inspiring. I was there with her for two seasons and felt so lucky that I got that much time with her.

Did she give you any advice about life post-SNL?

I’m friends with her and [former castmember] Fred Armisen. The thing that’s really nice about the show from the very first day is that everyone is so open with their advice. When you start there, a lot of people haven’t been in this industry before. From day one, everyone gets advice. People will tell you, “Don’t Google yourself. Get rest.” That definitely continues once you leave.

What’s next for you and what are you looking forward to most about your days post SNL?

I’m about to work on the film Ibiza in Eastern Europe and I’m really looking forward to exploring new projects and hopefully getting some sleep?